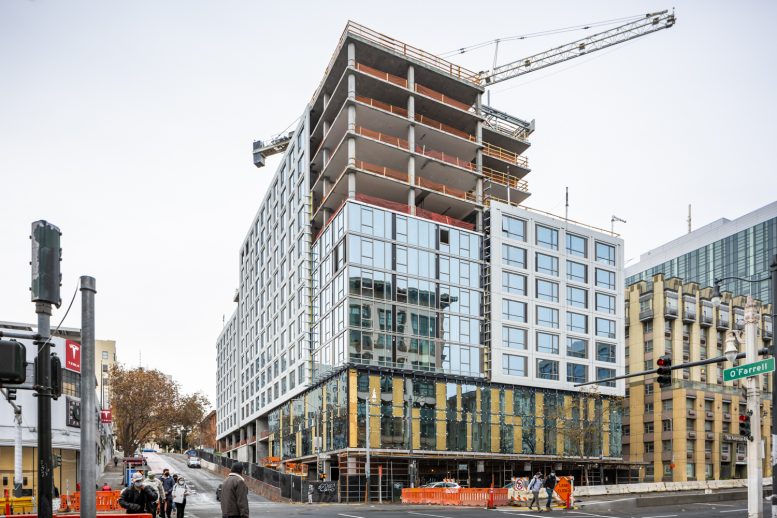 Construction of the thirteen-story mixed-use tower at 1001 Van Ness Street, San Francisco, has topped out as the facade nears completion. We last covered the site in early October, when the concrete structure was just eight stories high, and the first facade panels were installed. Designed by Handel Architects, the building will bring a new center for assisted senior living along the city’s fast-developing Van Ness corridor and the Fillmore District. Related Companies and Atria Senior Living are managing the development through a joint venture. 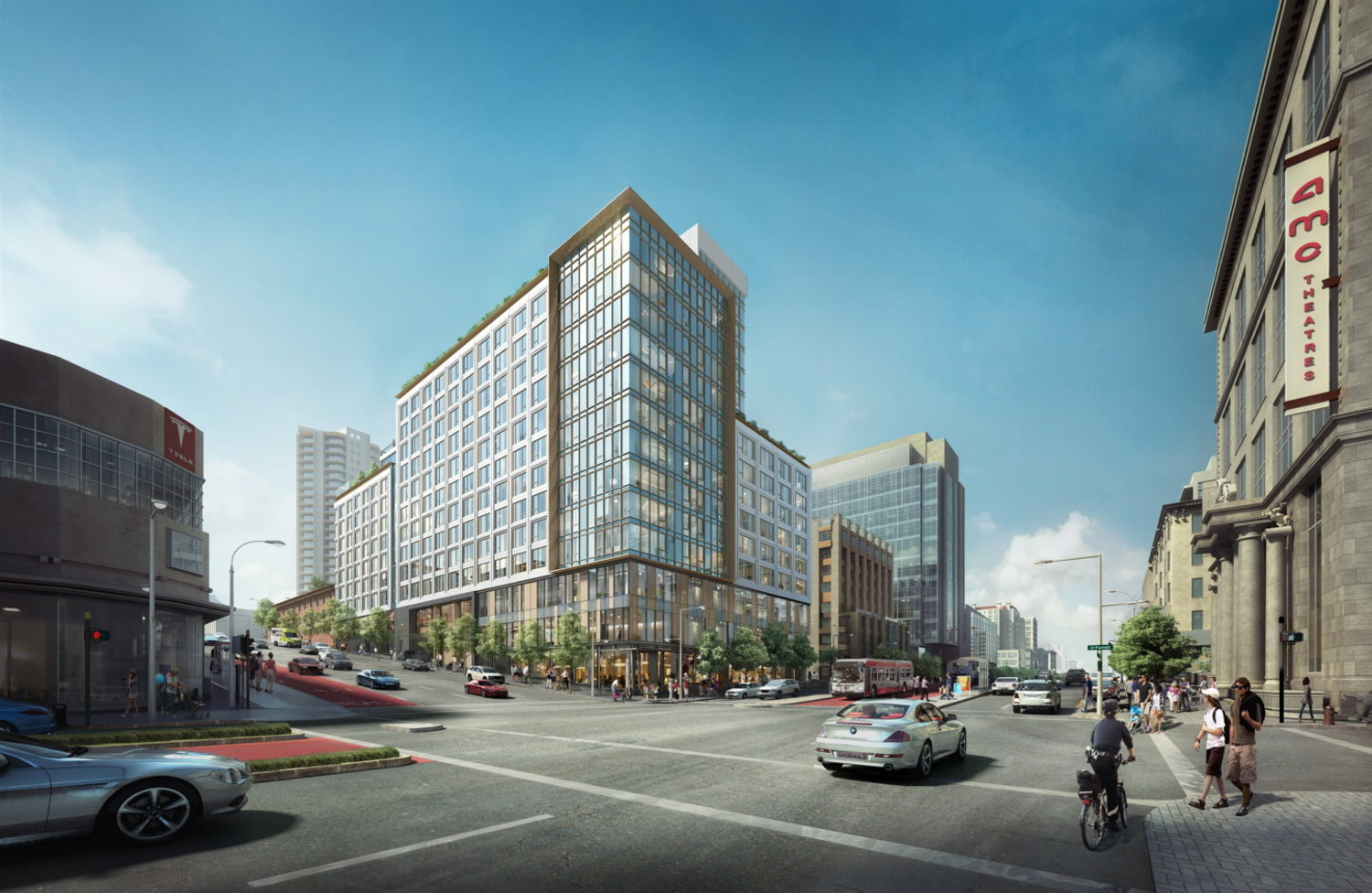 The facade installed ranges from curtain-wall glass to large windows framed by light precast cement panels. As seen in the renderings, the brass metal frame has yet to be installed around the curtain-wall section along Van Ness and O’Farrell. 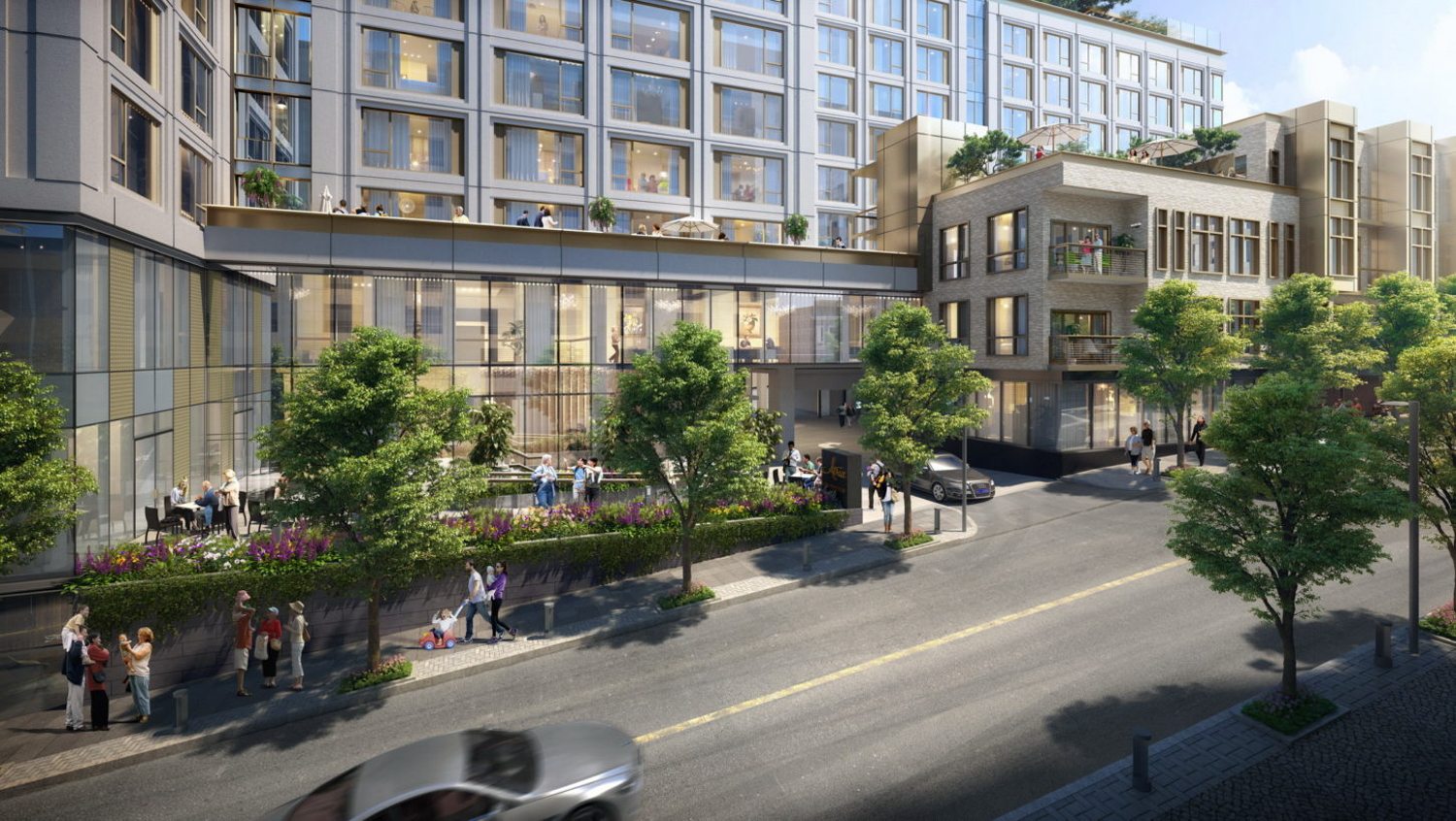 The 146-foot structure yields 270,000 square feet—the 210 assisted living units ranging from studios to two-bedrooms. There are also eleven townhouses for a lucky few. The area is near the heart of the city, a few blocks away from City Hall and the Cathedral of Saint Mary of the Assumption. Construction crews are actively building up the infrastructure for a Bus Rapid Transit line along Van Ness, with a station right near 1001 Van Ness. For residents with cars, 47 parking spaces are on-site. 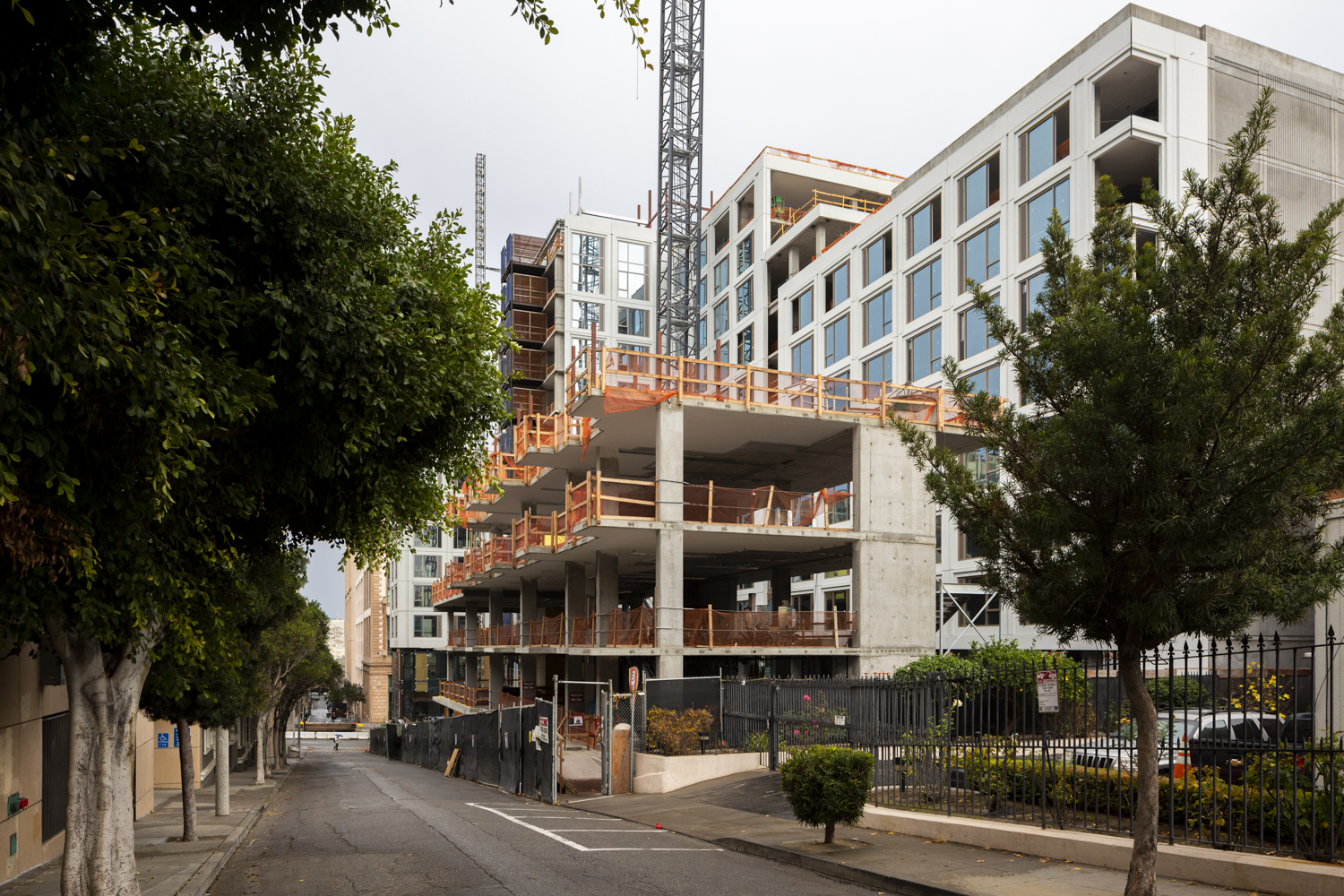 The project is replacing the former headquarters of KRON4 News after it sold in 2014 for $26.4 million. The project was initially run by Oryx Partners before Related and Atria took over. The joint venture is continuing the plans started by Oryx. 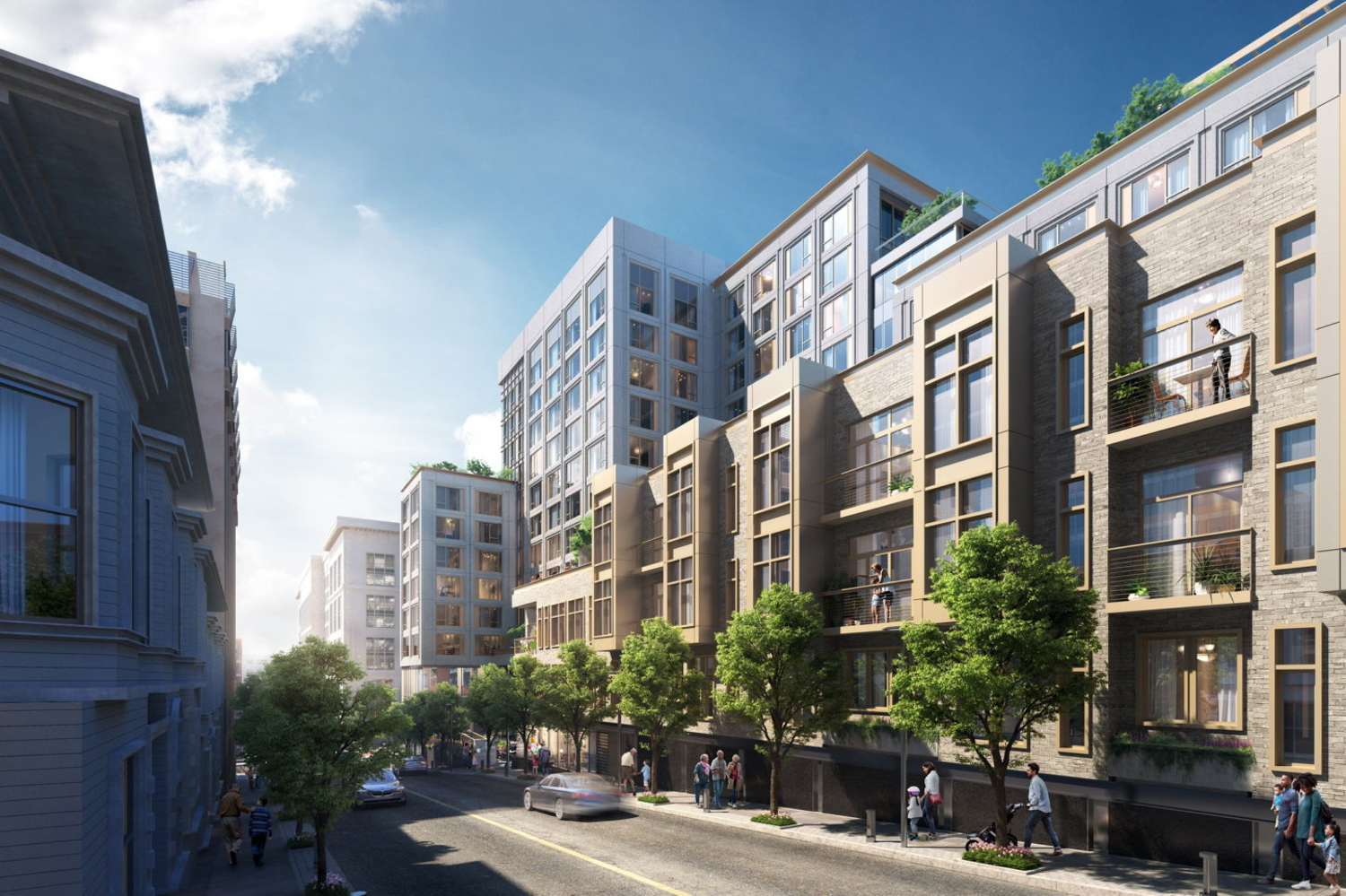 The concrete structure for the townhouses along Myrtle Street has already topped off, though facade construction has not yet commenced. The eleven townhouses will soon show off a brick facade with stone cladding and private balconies overlooking the narrow road. 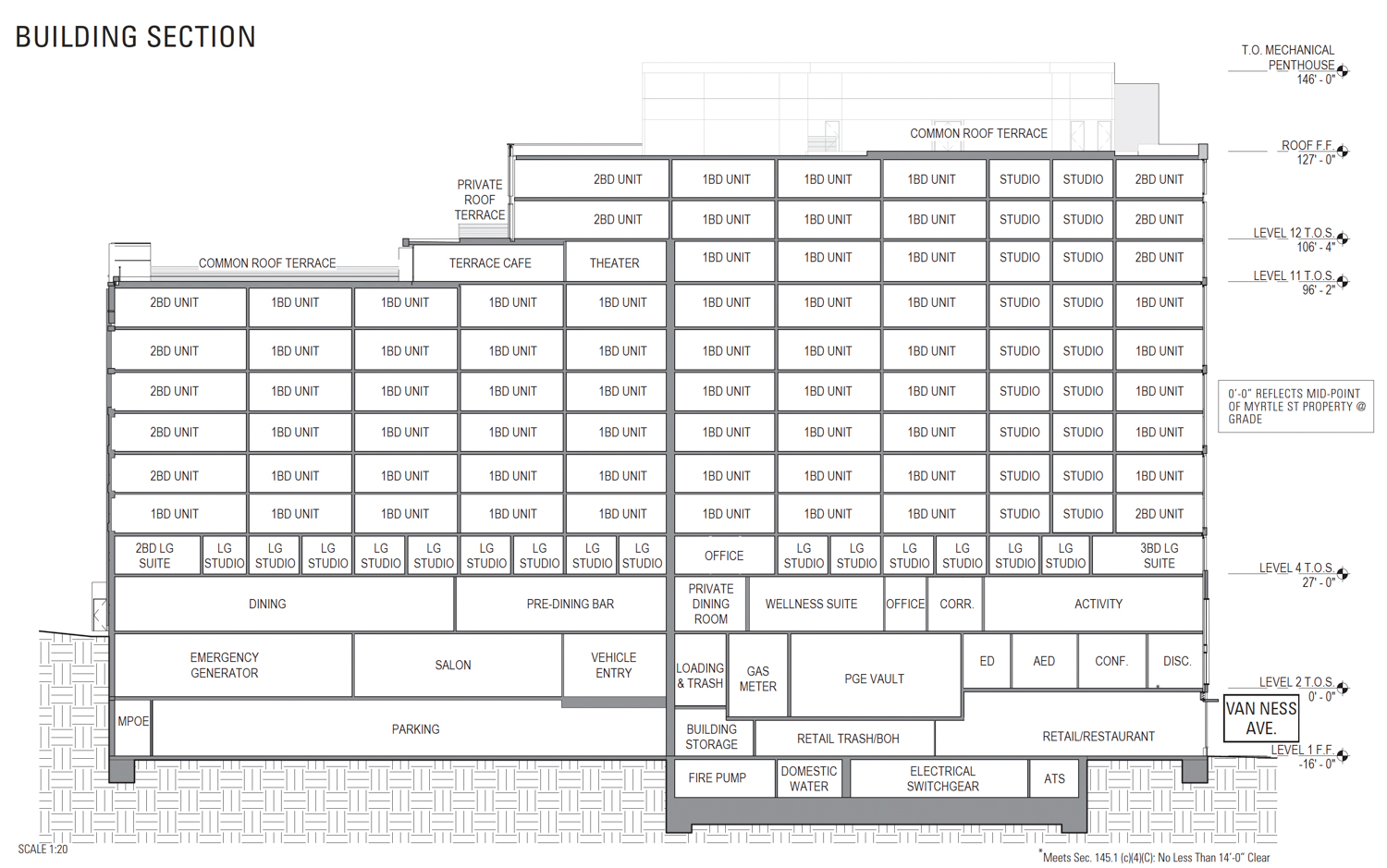 Be the first to comment on "1001 Van Ness Avenue Tops Out, Facade Reaches Top in Fillmore District, San Francisco"