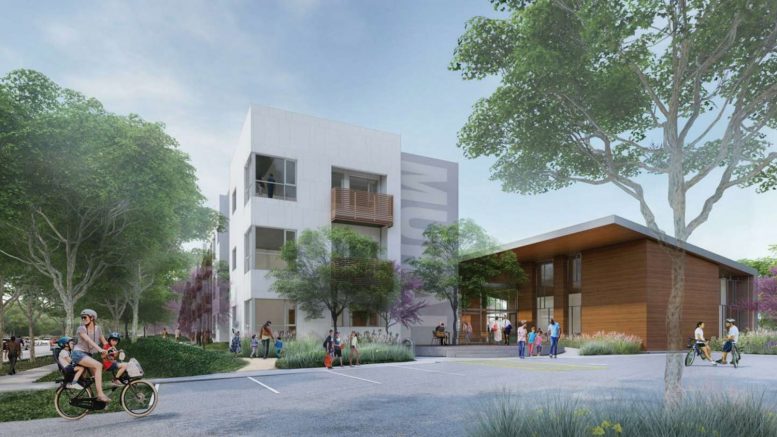 New building permits have been filed for a 140-unit affordable housing project at 1345 Willow Street in Menlo Park, San Mateo County. The development will replace an existing site of 82 units. California-based MidPen Housing is responsible for the development.

The development cost is estimated to be $119 million, equivalent to $850,550 per unit or $709 per square foot. MidPen will sell eighty-one units to households with an Area Median Income (AMI) below 50%, fifty-two houses to 60% AMI households, and six units for households earning 30% AMI. 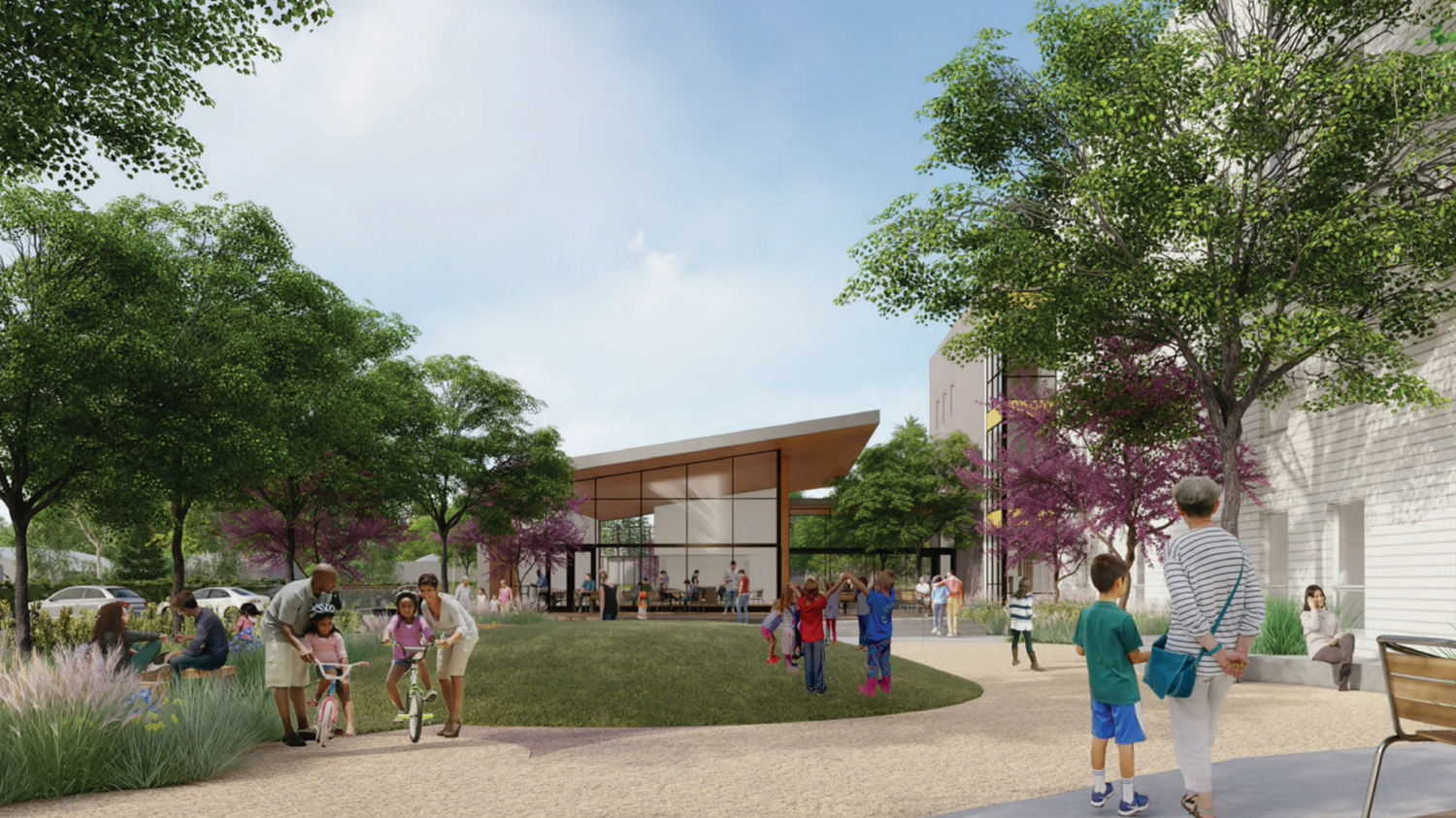 Mithun is responsible for the design; the architecture firm was founded in Seattle with offices in San Francisco and Los Angeles. Their work is focused on making the site attractive and functional, some apartments will feature balconies, large floor-to-ceiling windows. MidPen will hire an artist to paint a mural beside the surface parking. The residential facade will be clad with white panels, while another structure, likely the community facility, is covered with wood panels.

The project will feature copious amenities for future residents. These include a community room, exercise facility, after-school programming, and on-site laundry. A landscaped courtyard will provide open space, while smaller areas will offer more private gatherings and community gardening. Gates + Associates will be responsible for the landscaping architecture.

The new building permits have been received and are awaiting review. An estimated completion date is not yet known.