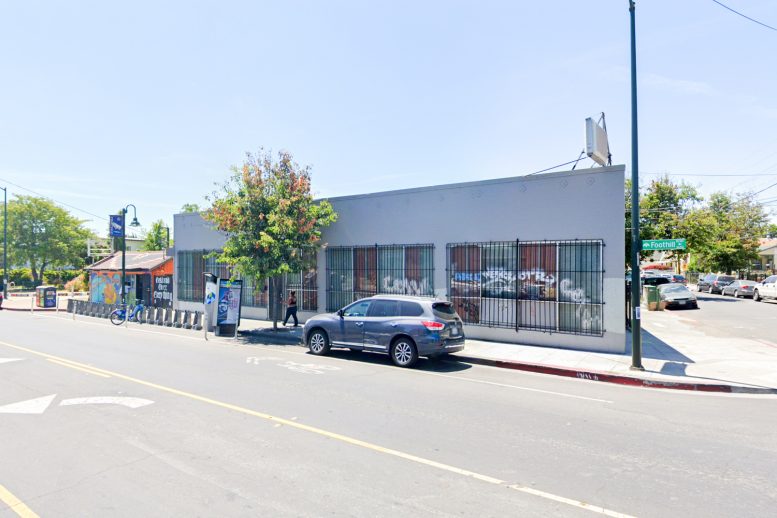 Residential building permits have been filed for a new mixed-use structure at 3651 Foothill Boulevard in Oakland’s Fruitvale neighborhood. The four-story proposal will include 15 new residential units, ranging in size from one to two bedrooms. All dwellings will be sold as affordable housing.

The parcel in its existing condition has a single-story retail building from the 1940s. A partial demolition will be required, though not a full disposal. The new housing is expected to offer a mix of live-work use. The first level will include three units, while floors two through four each have four. The structure will yield 10,895 square feet for an average of 726 square feet per unit.

The address is immediately beside Cesar Chavez Park. Several retail stores line the Foothill Boulevard just a few blocks away, including banking, tattoo centers, clothes, and a franchise drug store. The Fruitvale BART Station is a quick twelve-minute commute on foot, with transit between Dublin/Pleasanton, Fremont, and Richmond.

Construction is estimated to cost $2 million.

Be the first to comment on "Permits Filed for 3651 Foothill Boulevard, Fruitvale, Oakland"