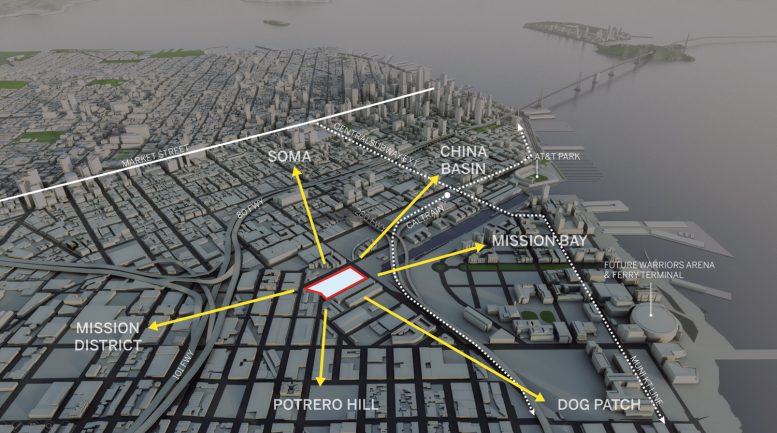 900 7th Street site plan relative to the rest of SoMa, by Recology and SOM

Following an unusual permit for 900 7th Street in Mission Bay, as covered by SF YIMBY last week, recent news has broken that the application is a proposed new distribution center for Amazon. The tech giant has reportedly purchased the lot for $200 million. Amazon’s proposed Logistics Facility will replace Recology’s proposed mixed-use 470-550-unit project designed by SOM. 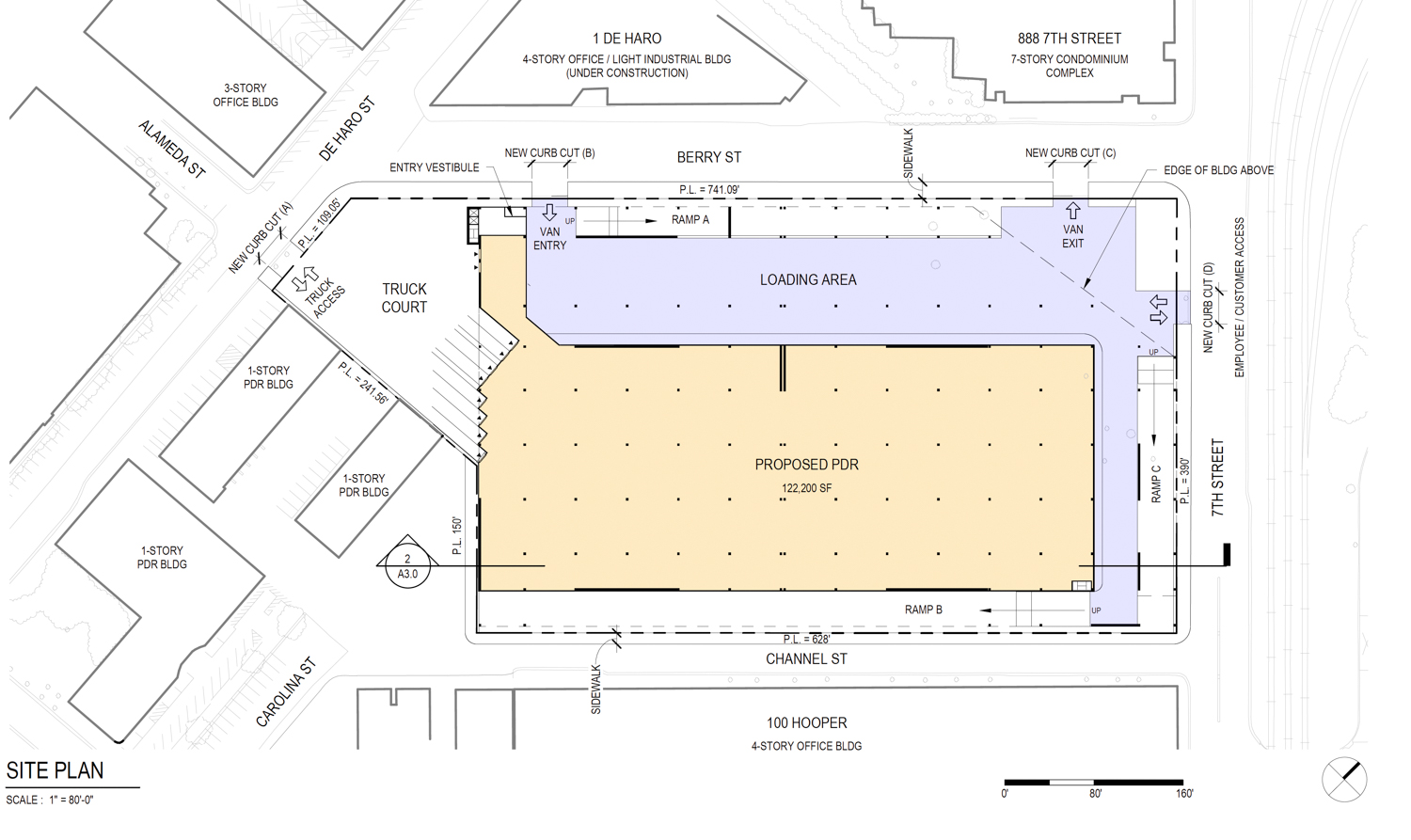 Seattle-based MG2 is responsible for the commercial structure’s design. The 57-foot building yields 725,150 square feet across three levels, along with a rooftop parking lot for the company’s truck fleet staging. Planning documents dubbed the project the ‘7th and Berry PDR Logistic Facility.’ 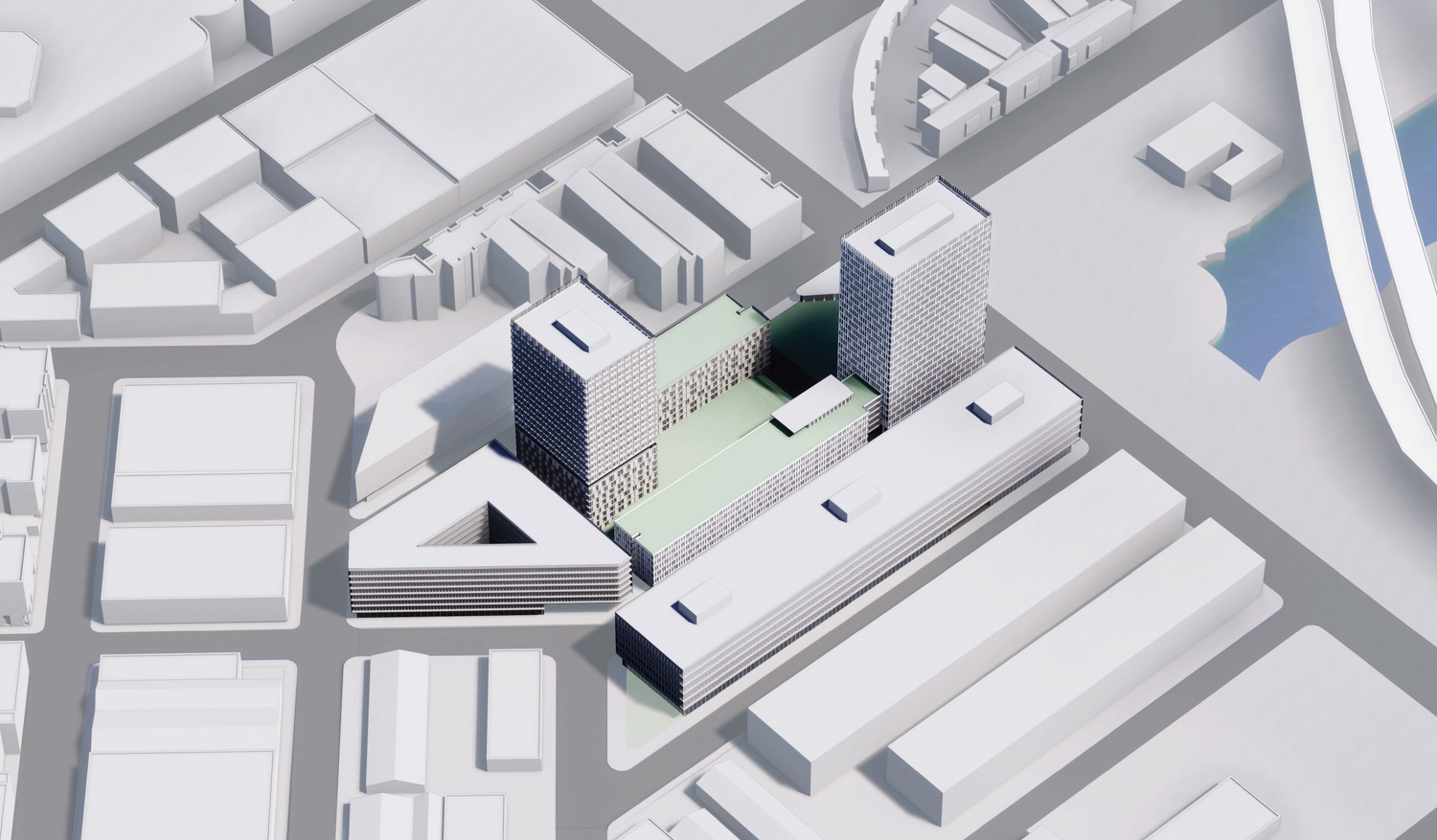 Amazon’s permit requests a project review meeting, to be joined by the city’s environmental planning and design review staff. Such a meeting is likely public, at which point more information will be shared. The developer is seeking city approval.

Eric Potashner, the Vice President & Senior Director of Strategic Affairs at Recology, told SF YIMBY, “Recology was working diligently with SF Planning and neighbors to reimagine the site from an industrial use to a mixed use that included significant affordable housing. Deep economic impacts and market realities caused by the pandemic sapped the viability of that project. We received an offer and determined it was in Recology’s interest to accept it.”

Be the first to comment on "Amazon Purchases 900 7th Street from Recology for $200 Million, Mission Bay, San Francisco"