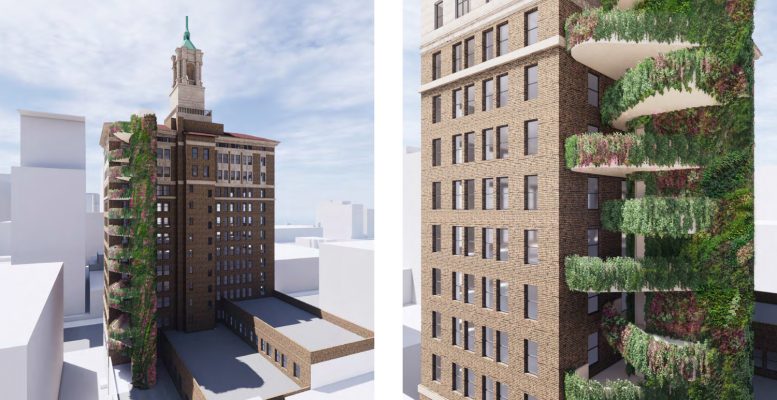 A preliminary review package has revealed plans for a dramatic rehabilitation of the iconic Bank of Italy Tower at 12 South 1st Street in Downtown San Jose. While the structure is currently actively operating as an office building, the ground level remains vacant. Plans include modern office space, outdoor terraces, retail, and a music venue. Design is by Bjarke Ingels Group and RMW Architecture, with Urban Community and Vancouver-based Westbank as developers. 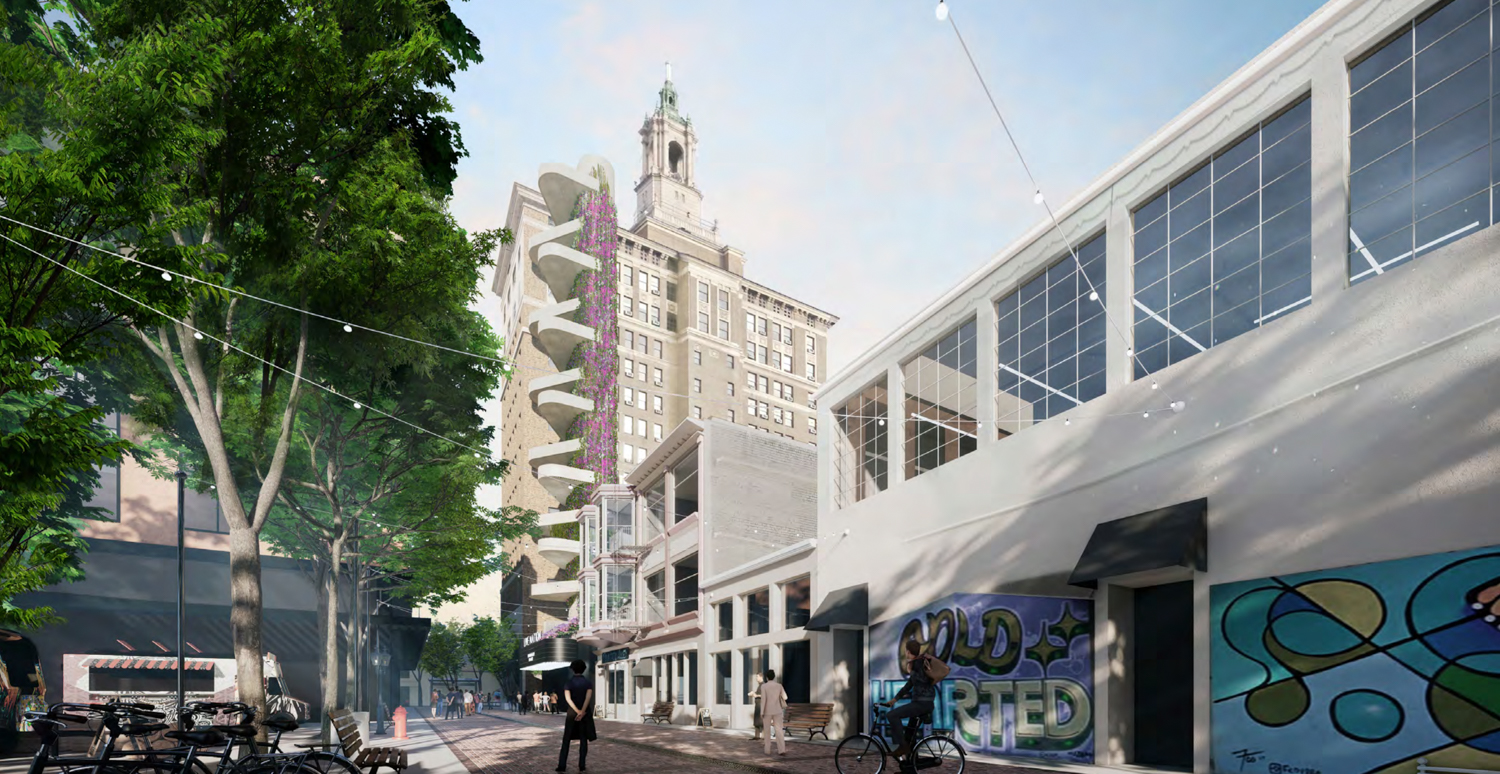 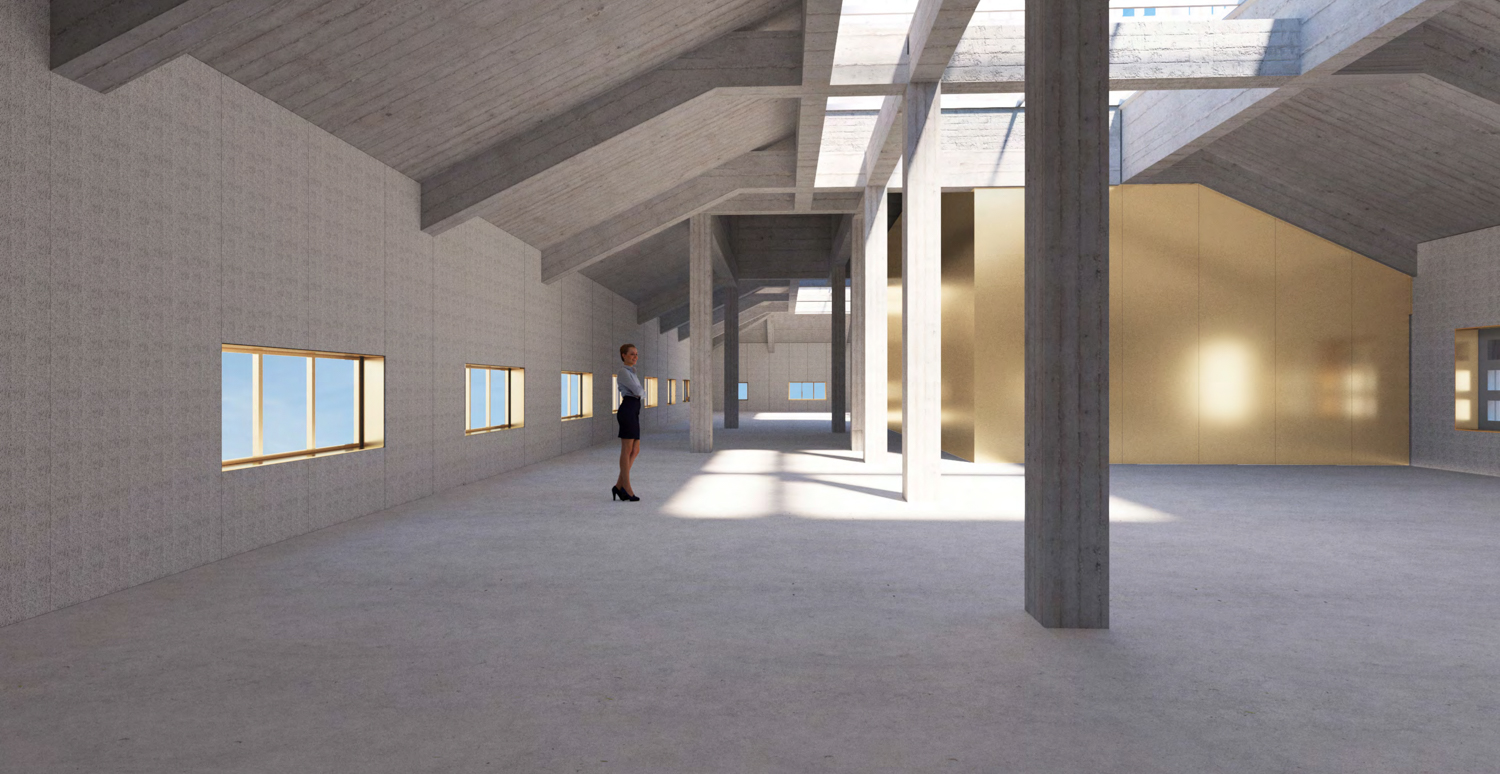 The ground level includes a cafe, office lobby, and a portion of a three-level event space with lounges and a mock-speakeasy bar. The venue spans from the basement up to a mezzanine level. A food court will also be opened in the basement, accessible from the cafe’s spiral staircase. A restaurant with a 1,970 square feet open-air terrace will be opened on the mezzanine level. The office space begins on the second floor and rises from there to the 13th. Topping off the building will be an observation space, though it’s unclear who will have access. Office employees will be able to access a 3,820 square foot amenity terrace on the second floor. 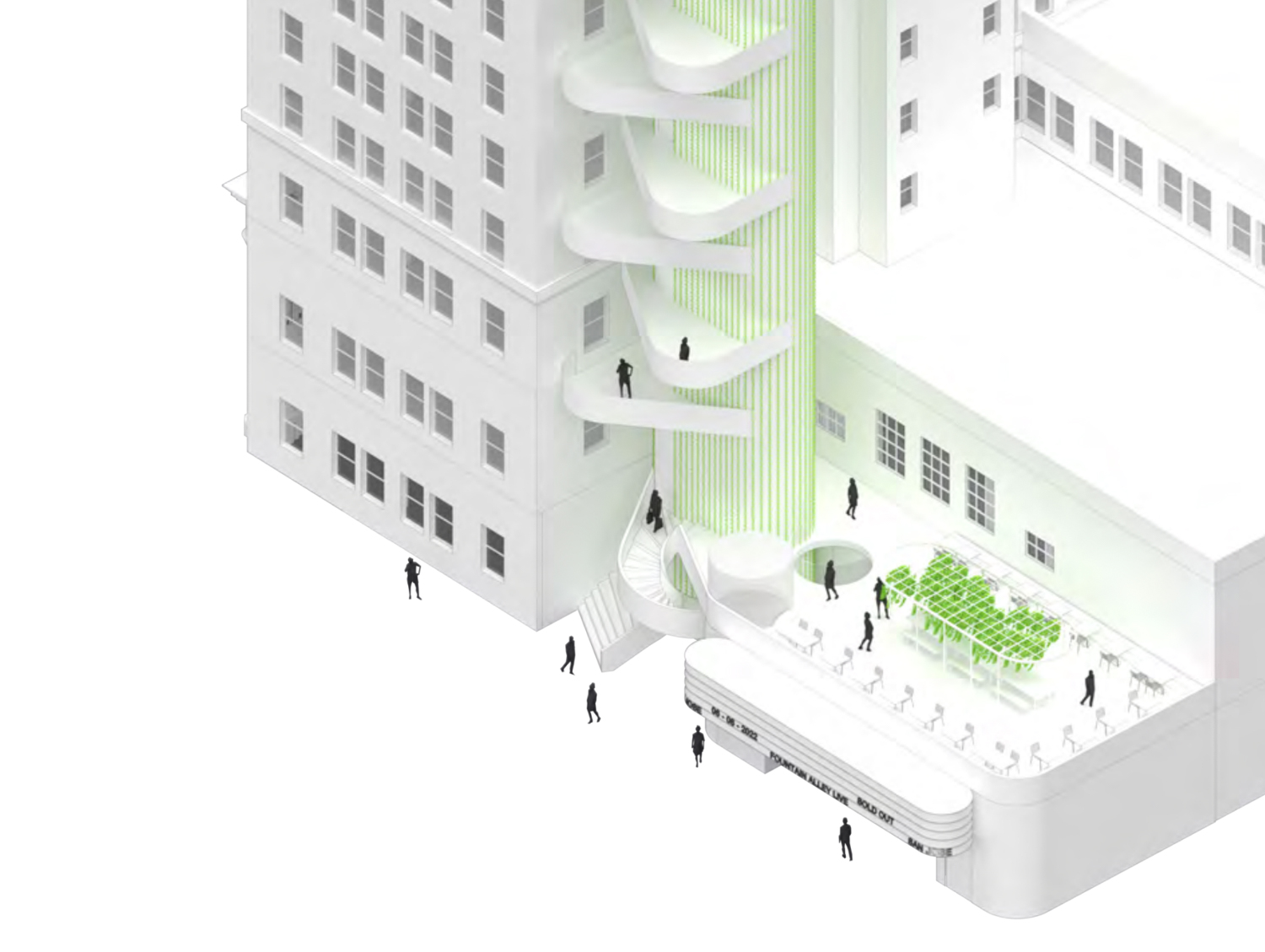 The ‘exterior enhancements’ include a code-required second egress stairwell on the rear of the structure to maximize interior space. This feature provides an opportunity for each office level to have an open-air landscaped platform. 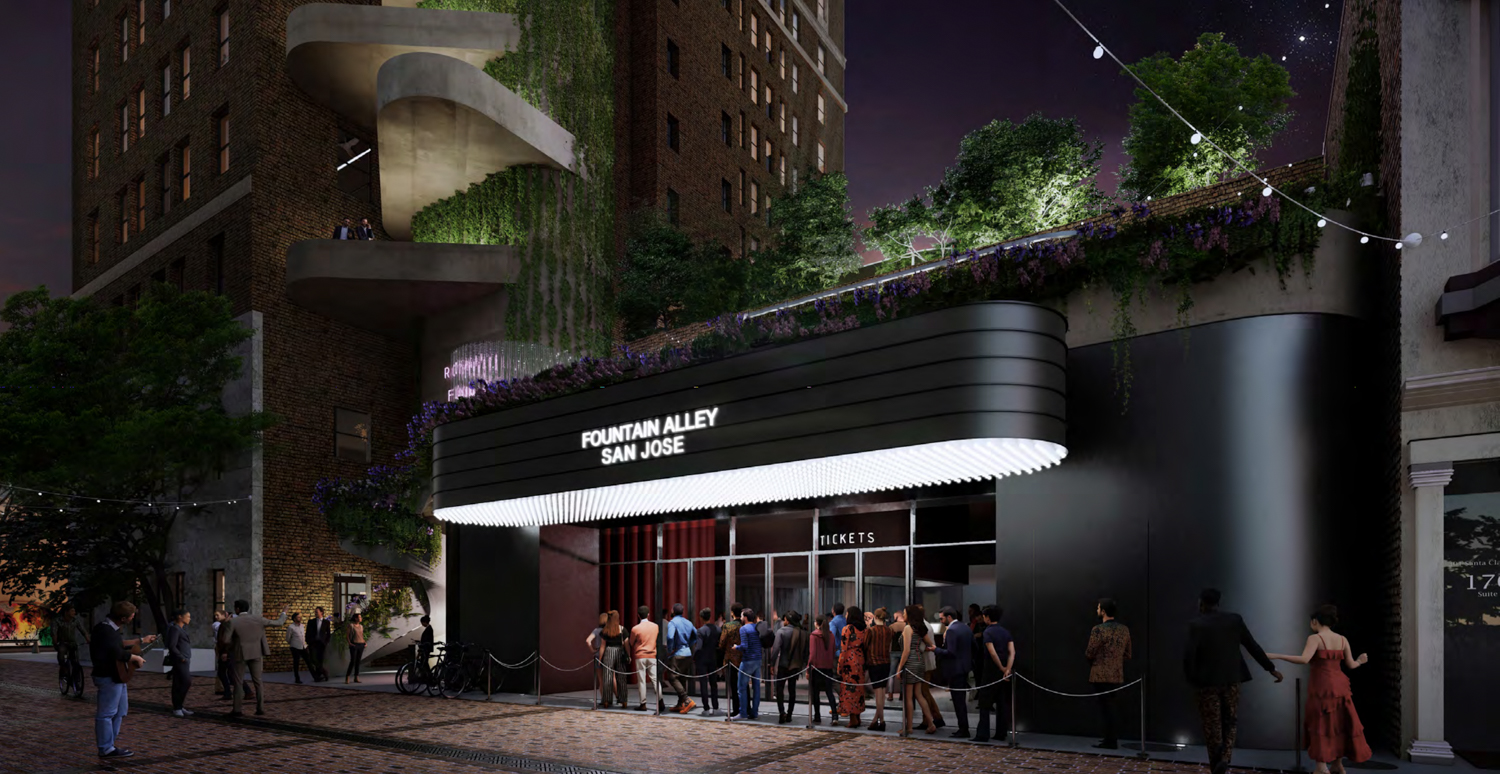 For any project that adds to a landmark, the addition must fit well. While looking for different material approaches to best respond to the historic tower, the designers have provided four distinct options. These include concrete, copper cladding, light or naturally toned terracotta, and a green living wall. 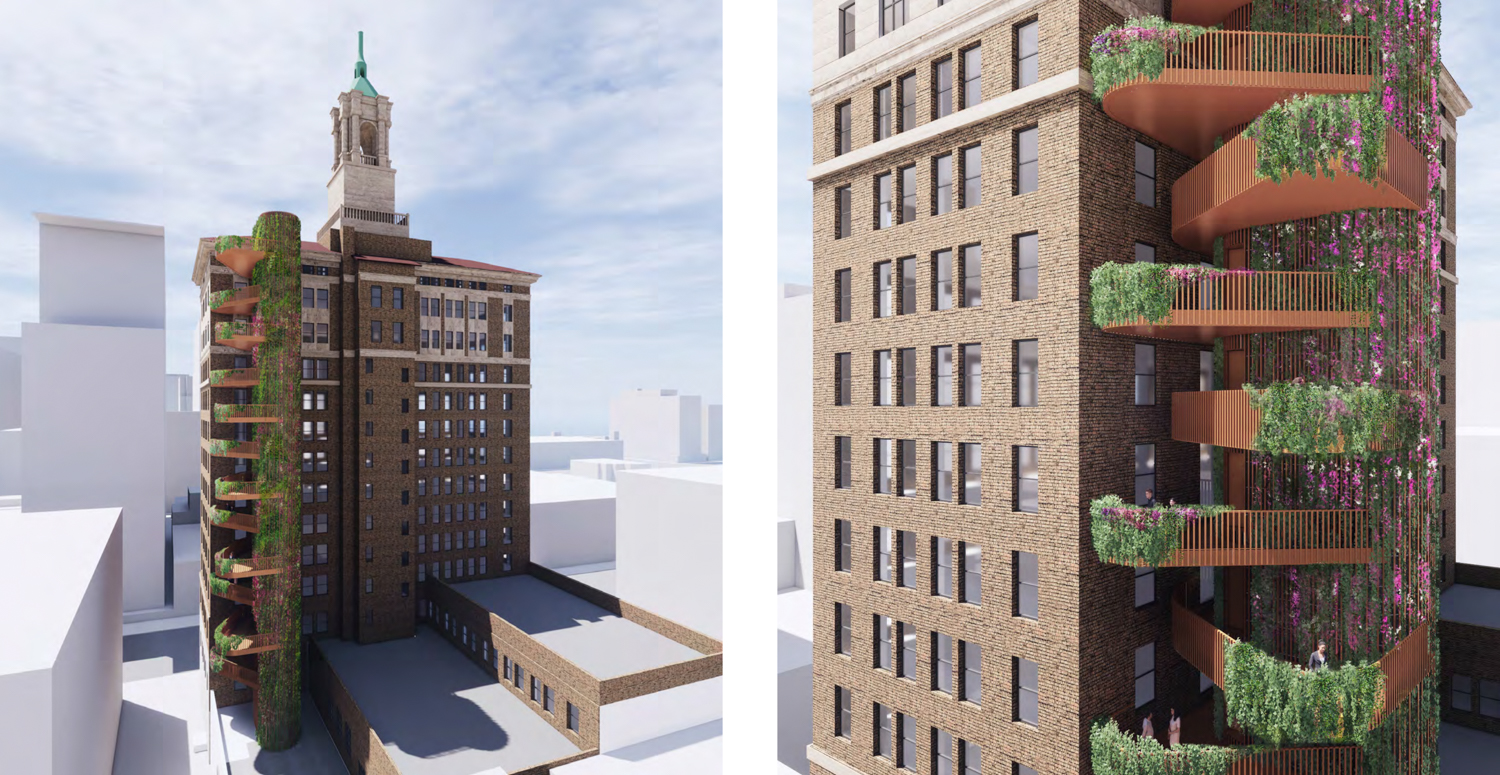 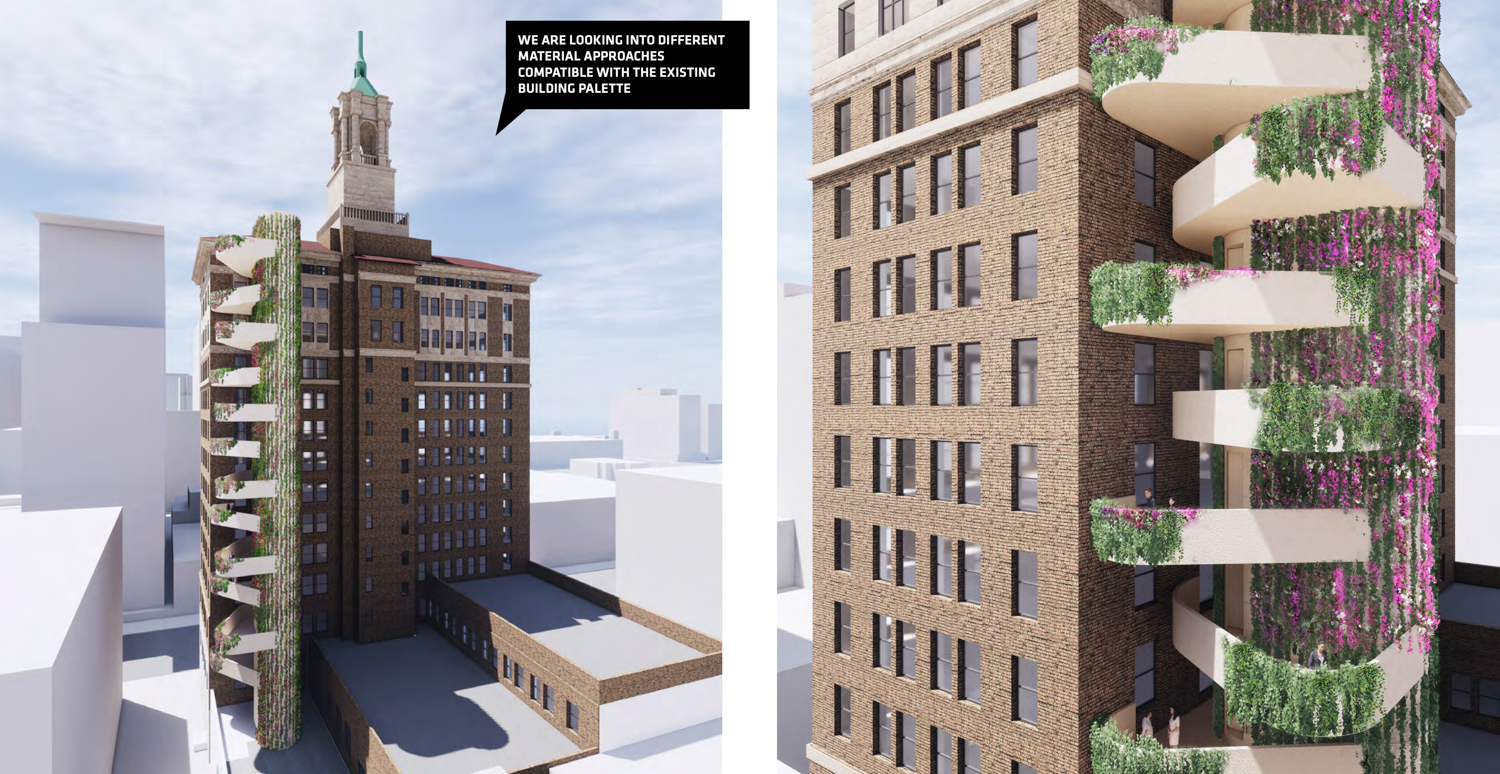 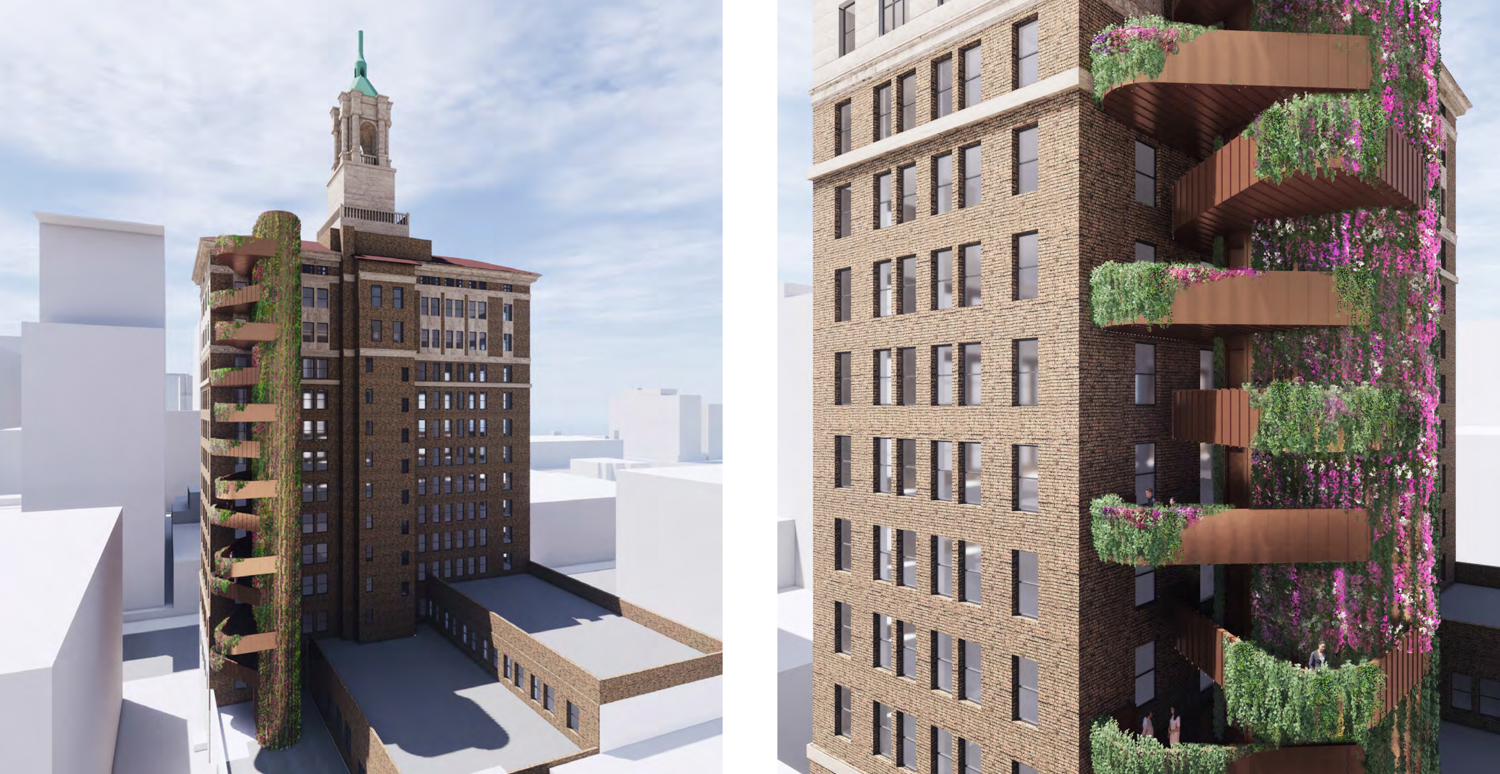 The development complements the proposed 35 South 2nd Street tower, as covered by SFYIMBY yesterday. Both curvilinear structures are designs by Bjarke Ingels Group and RMW. 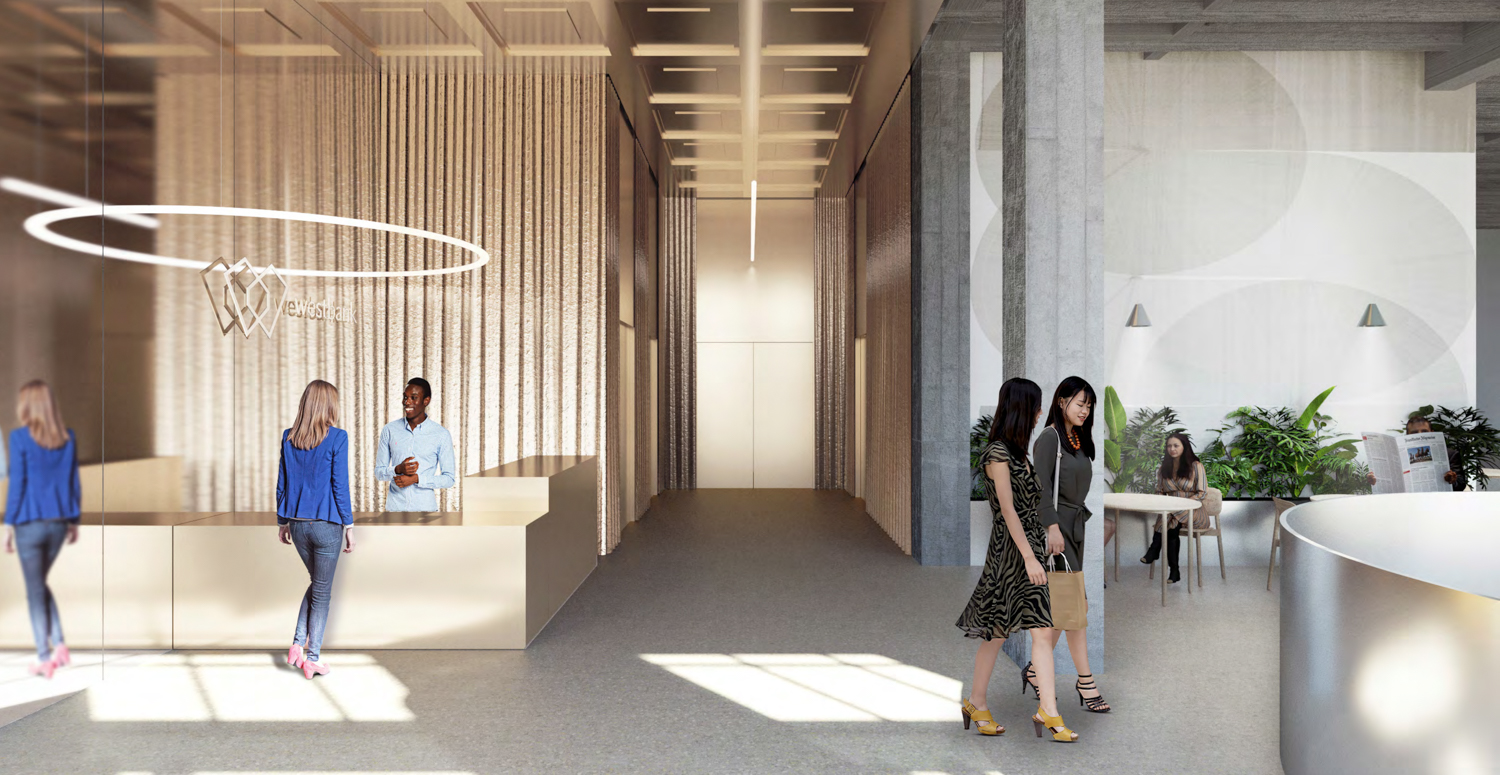 An estimated completion date has not been announced. The permits, filed by Build Group and RMW, are currently under technical review by the city.