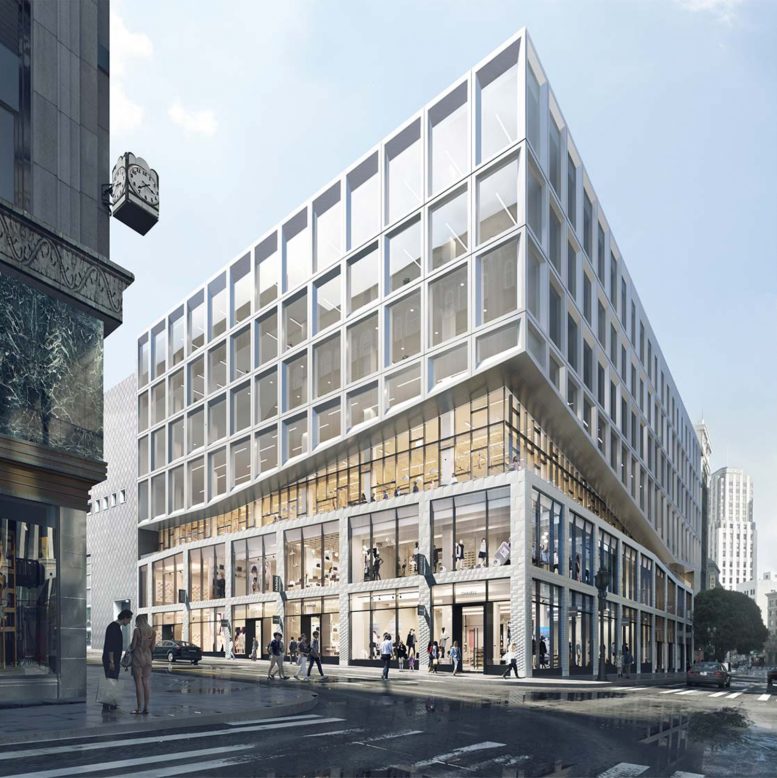 Construction has passed a milestone for 100 Stockton Street, an adaptive reuse of a seven-story mid-century department store into a mixed-use retail and office building near Union Square in the Tenderloin, San Francisco. Portions of the building’s exterior are starting to show up, including the aluminum frame for the distinctive third-floor cantilever. Morgan Stanley and Blatteis & Schnur are responsible for the development.

Our last coverage of 100 Stockton Street reported on a project profile application to adjust the balance of building use from predominantly retail to office. The request has been approved by the city, which means the 130-foot structure will yield 150,920 square feet and will be dedicated to office use and 91,900 square feet for commercial retail use. The top floor will open up 10,800 square feet for a skyline-facing restaurant. The structure contains 246,800 square feet in total. Degenkolb is responsible for construction engineering. 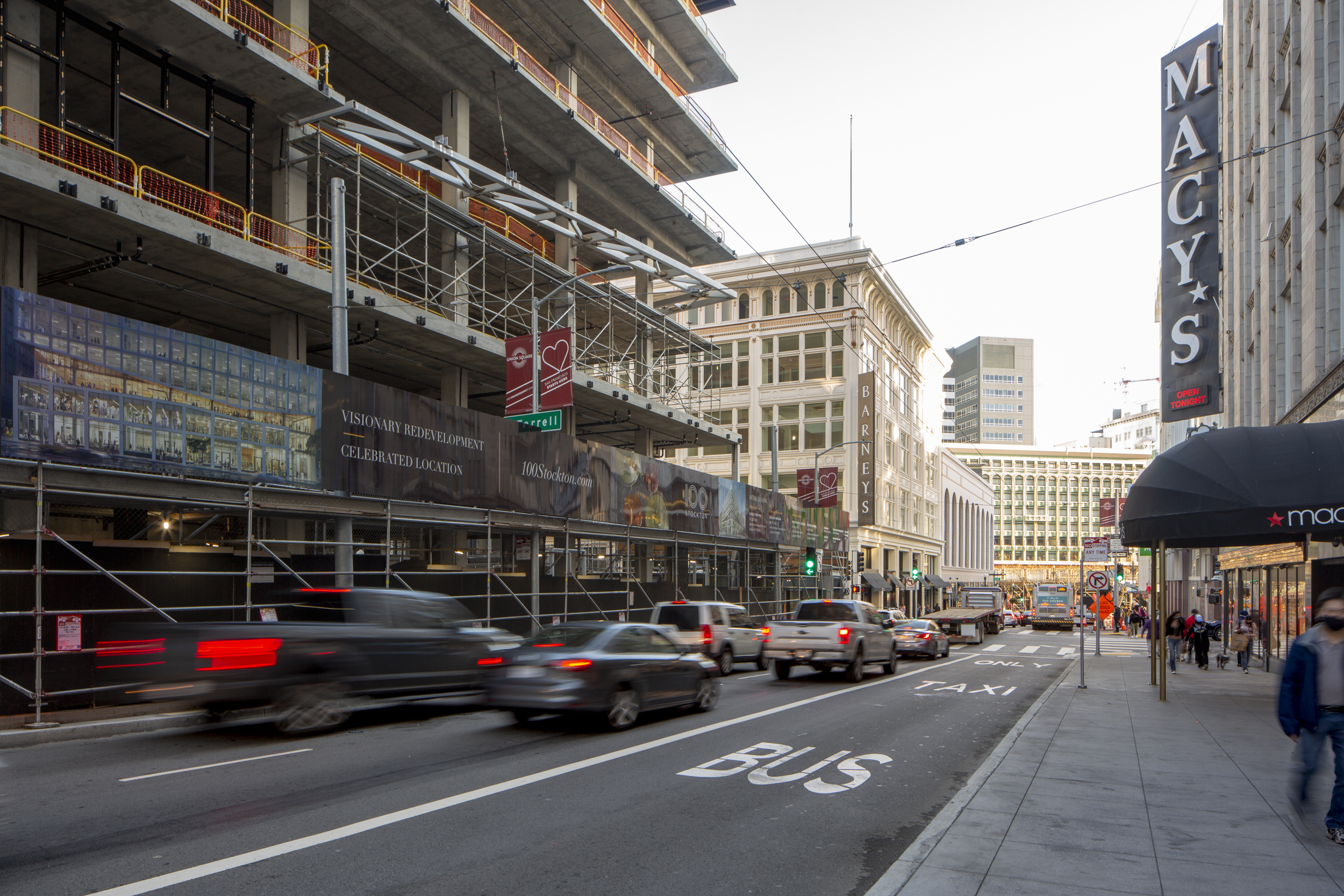 Gensler is responsible for the redesign, adding clear glass and terracotta to the once-solid limestone-clad structure. The firm intended to build something to contribute and engage with the lively pedestrian area. The firm writes about the building, “Drawing from its historical context, the use of traditional proportions, rhythm, and materiality results in a timeless design that will become an icon for the city.” While it may be a bit optimistic to expect 100 Stockton to become an icon for the city, its central location in the Union Square retail hub and novelty, given its context in the predominantly city of smaller windows, will give it significant public attention. 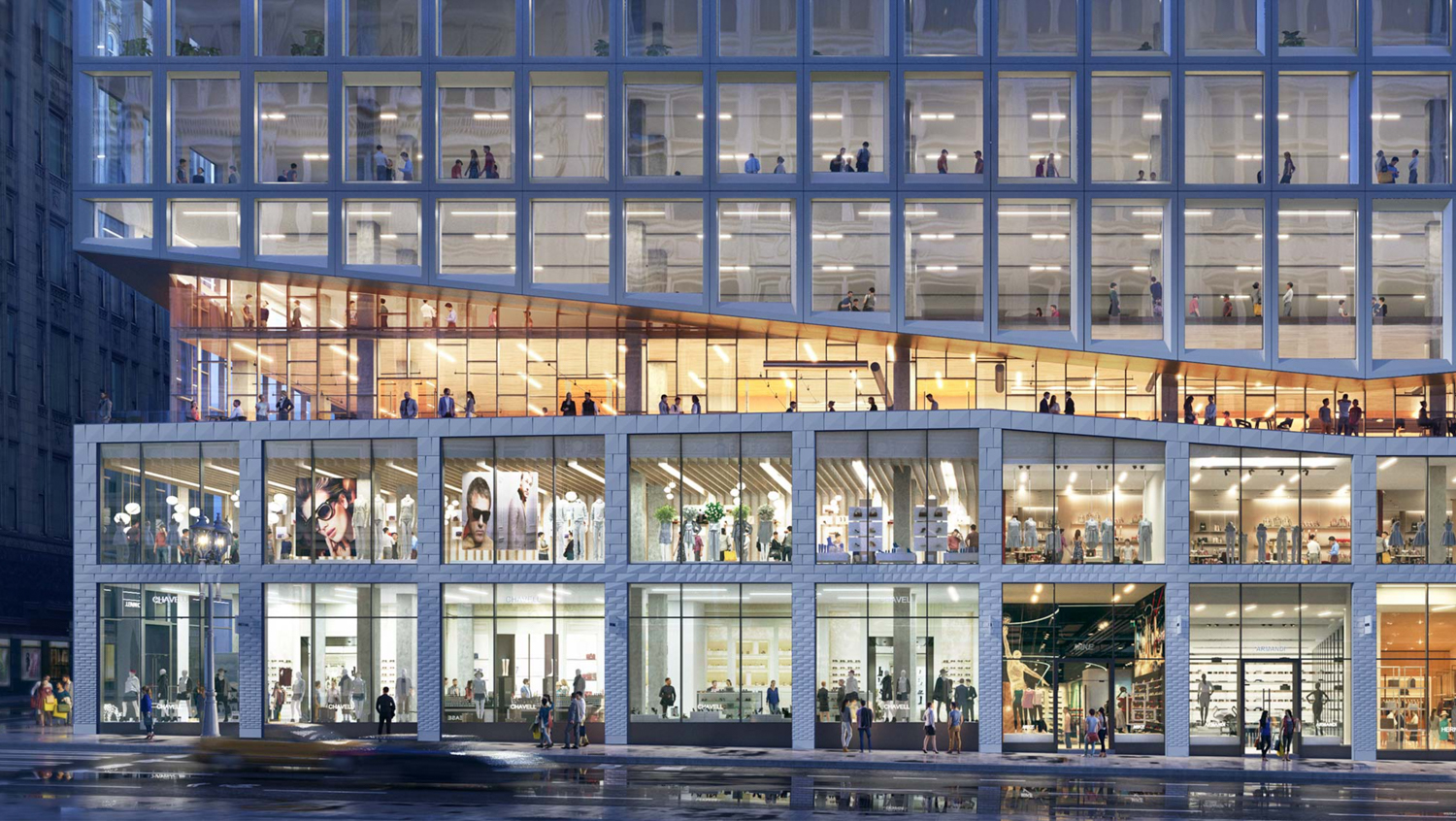 The former Macy’s department store opened in 1974, with design by Morganelli & Heuman. The former building’s solid and windowless exterior has been misidentified as an example of Brutalist design owing to its aesthetic similarity. However, it lacked the concrete and functionalist character which defines the post-war movement. 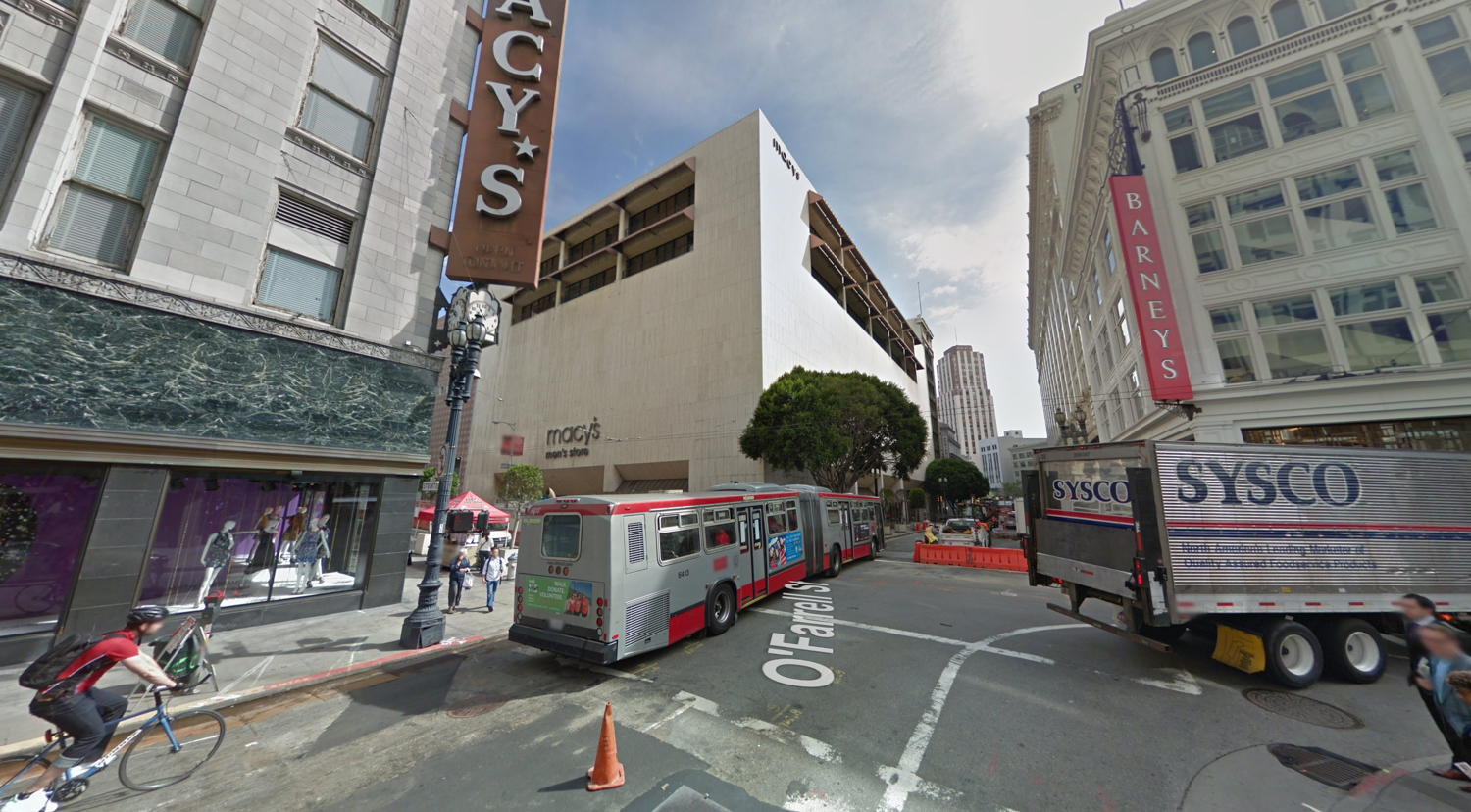 Morgan Stanley and Blatteis & Schnur purchased the building in 2017 for $250 million. Gensler’s adaptive reuse is expected to cost over $80 million. Construction is scheduled to finish before the summer of this year.

Be the first to comment on "Facade Installation Imminent for 100 Stockton Street, Tenderloin, San Francisco"