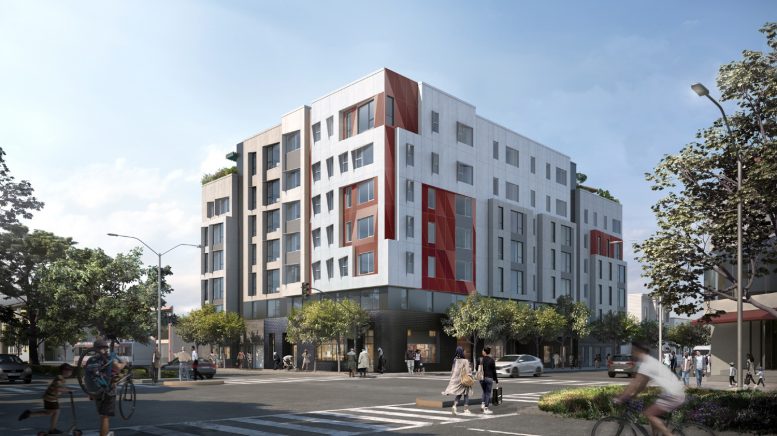 New renderings have been revealed with a sales update for 4200 Geary Boulevard, an affordable senior housing development in the Richmond District, San Francisco. The Tenderloin Neighborhood Development Corporation is responsible for the development, with funding from the Mayor’s Office of Housing and Community Development. The project received approval to expedite development using Senate Bill 35. 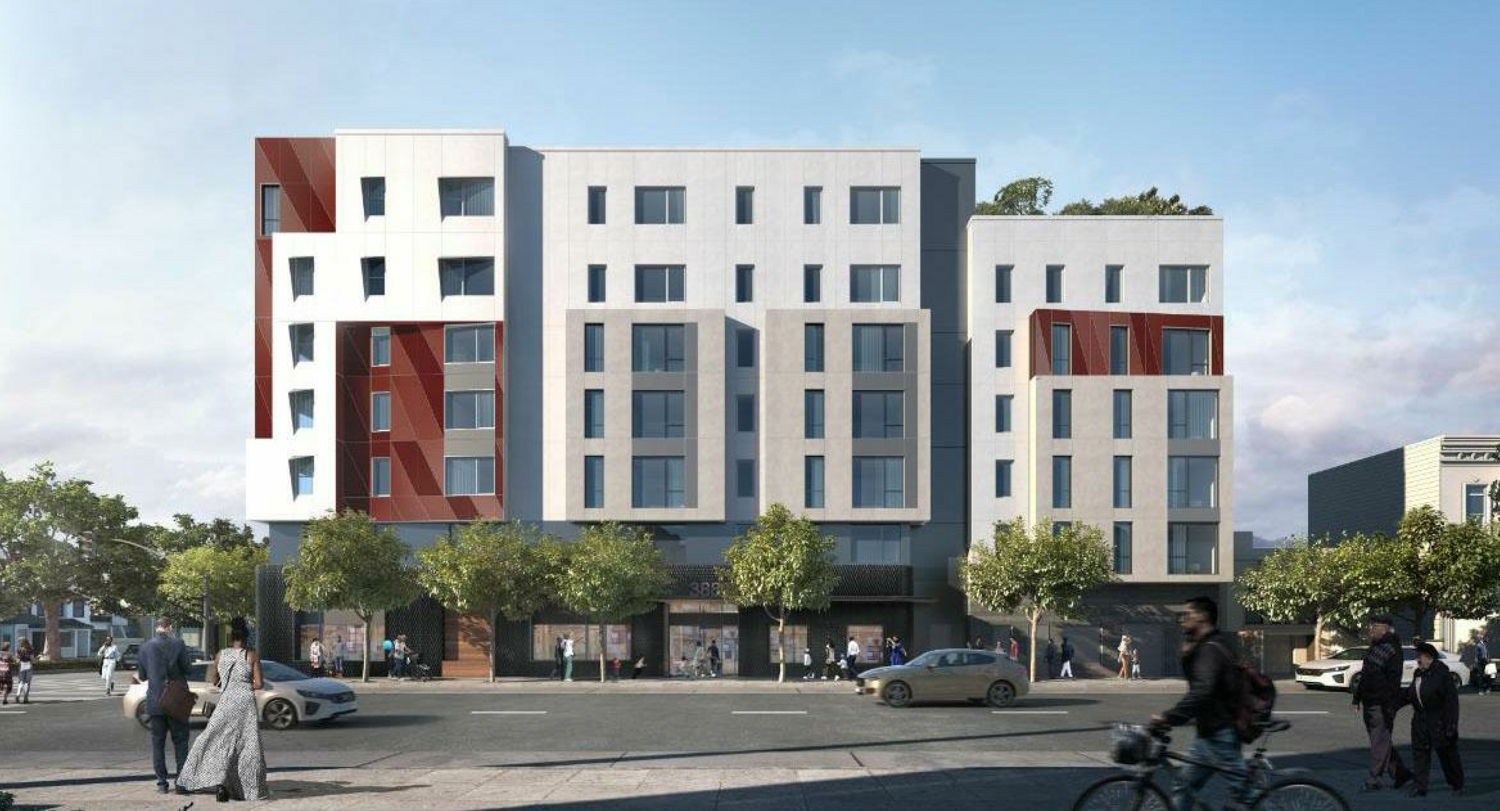 The 86-foot development will yield 79,650 square feet, of which 48,560 square feet are divided between 41 studios and 57 one-bedroom units, 98 in total. Twenty units will be for bringing seniors out of homelessness. Thirty will be rentable to individuals earning 20-30% of the Area Median Income (AMI), and 47 units for 60% AMI seniors.

The ground-level commercial space is to be rented16 parking spaces are included. The building amenities include a ground-level courtyard with landscaping and seating. Two separate terraces will also provide open-air skyline views from the seventh floor. 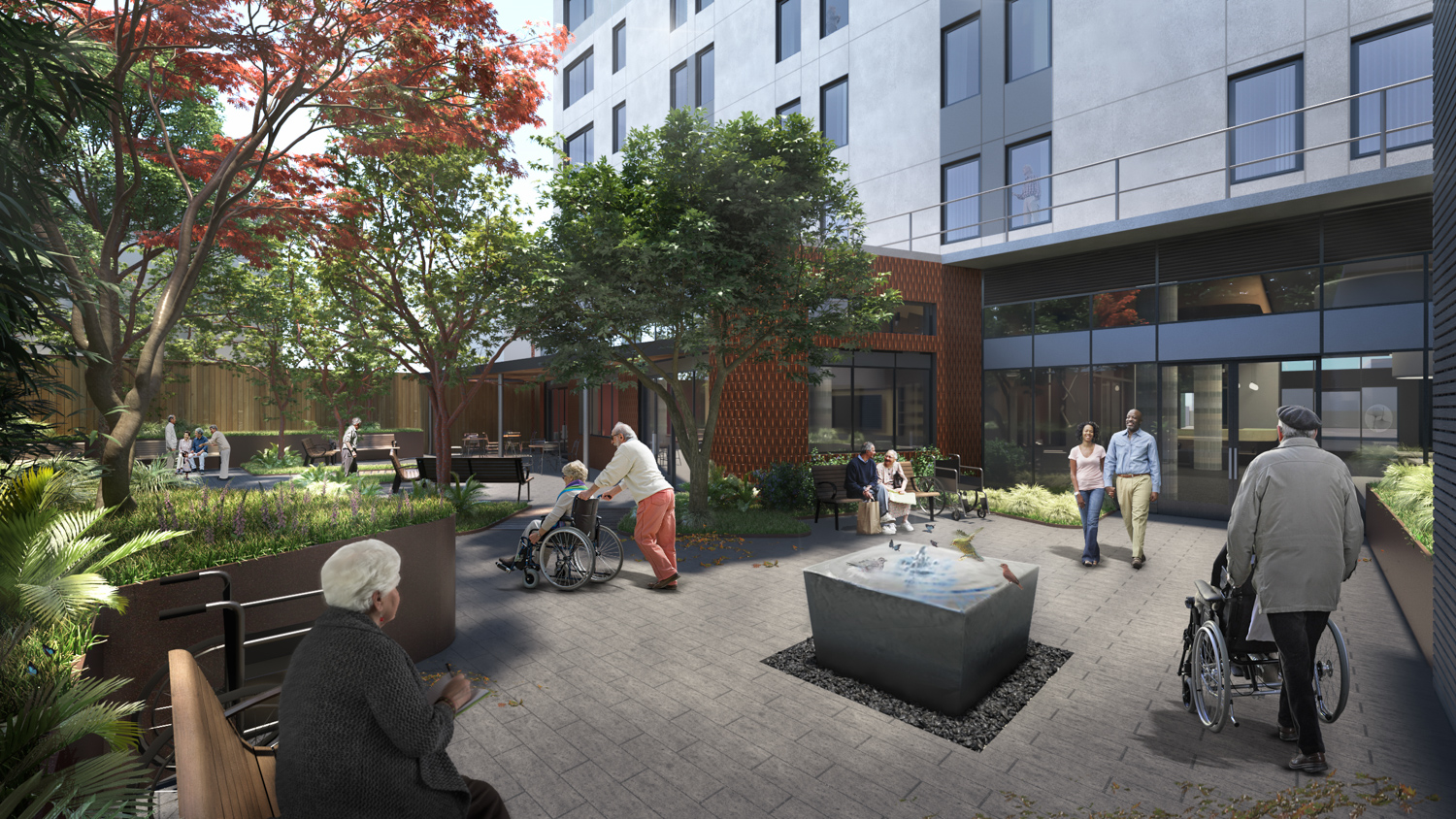 Y.A. Studio is responsible for the design. The new renderings show an articulated facade of metal panels and textured composite panels of white, grey, and red. The ground-level is decorated with intricately indented ceramic tiles and board-formed concrete. 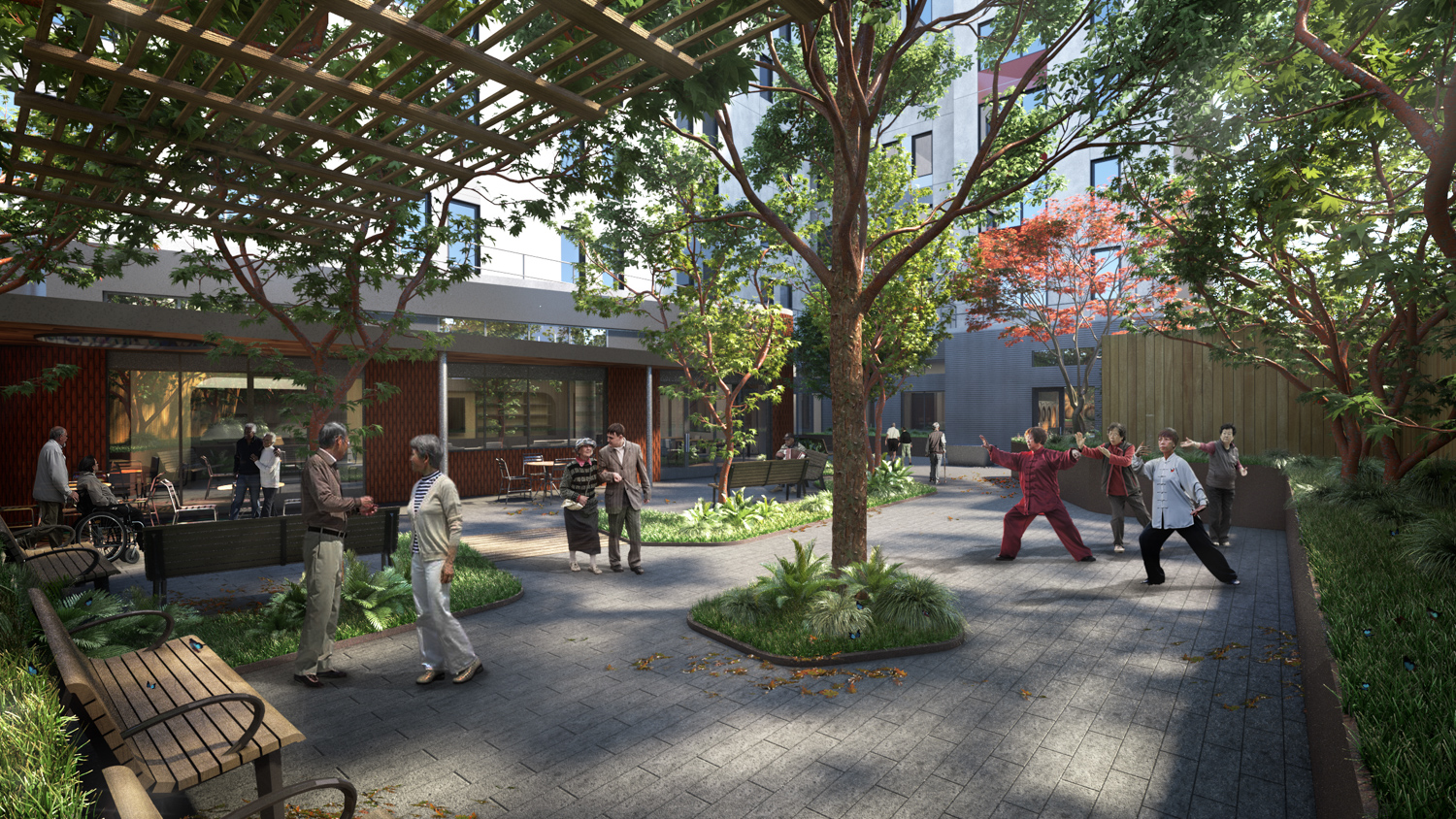 Construction is expected to cost $44.8 million. Groundbreaking is scheduled by late 2022, and move-ins as early as late-2025. The proposal has been expedited using the Executive Directive 13-01, published in 2013 by Mayor Ed Lee. For more information about eligibility and affordable housing applications in San Francisco, visit the link here to the city website.

Be the first to comment on "New Renderings Revealed for 4200 Geary Boulevard, Richmond District, San Francisco"