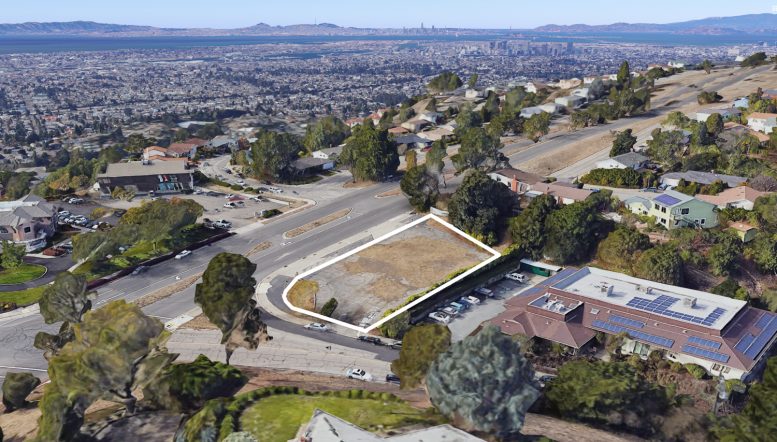 New building permits have been filed for a mixed-use structure at 11880 Skyline Boulevard in Oakland’s Crestmont neighborhood. The plan will bring 20 new units to the plot and three thousand square feet of commercial retail. Parking for twenty vehicles will be included on-site. Maracor Development is responsible for the project.

Maracor has been responsible for large projects across the Bay Area, including a 95-unit luxury condominium project at 950 Gough, in San Francisco and the 133-unit suburban development at Point Martin, Daly City.

Simin Hadjian and Payvand Et. Al. are the property owners. An estimated completion date for the project has not been announced.

Be the first to comment on "Permits Filed for 11880 Skyline Boulevard, Crestmont, Oakland"