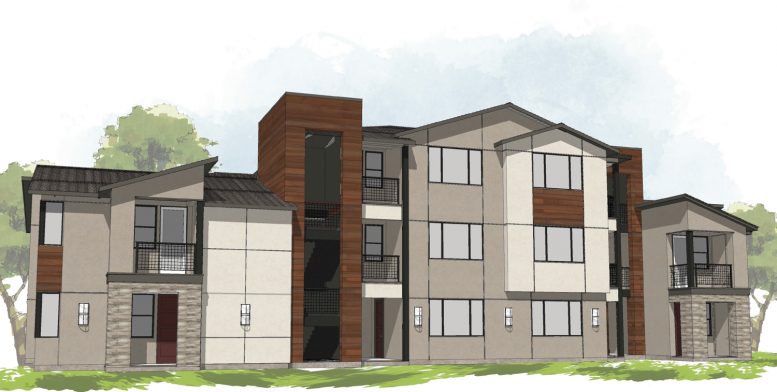 Planning permits have been approved to construct a three-story residential building at 5482 Carlson Drive in East Sacramento. The project will bring ten residential units across a 0.3-acre parcel. Black Label Development is sponsoring the development, while Sacramento-based Ikon Homes are the property owner. 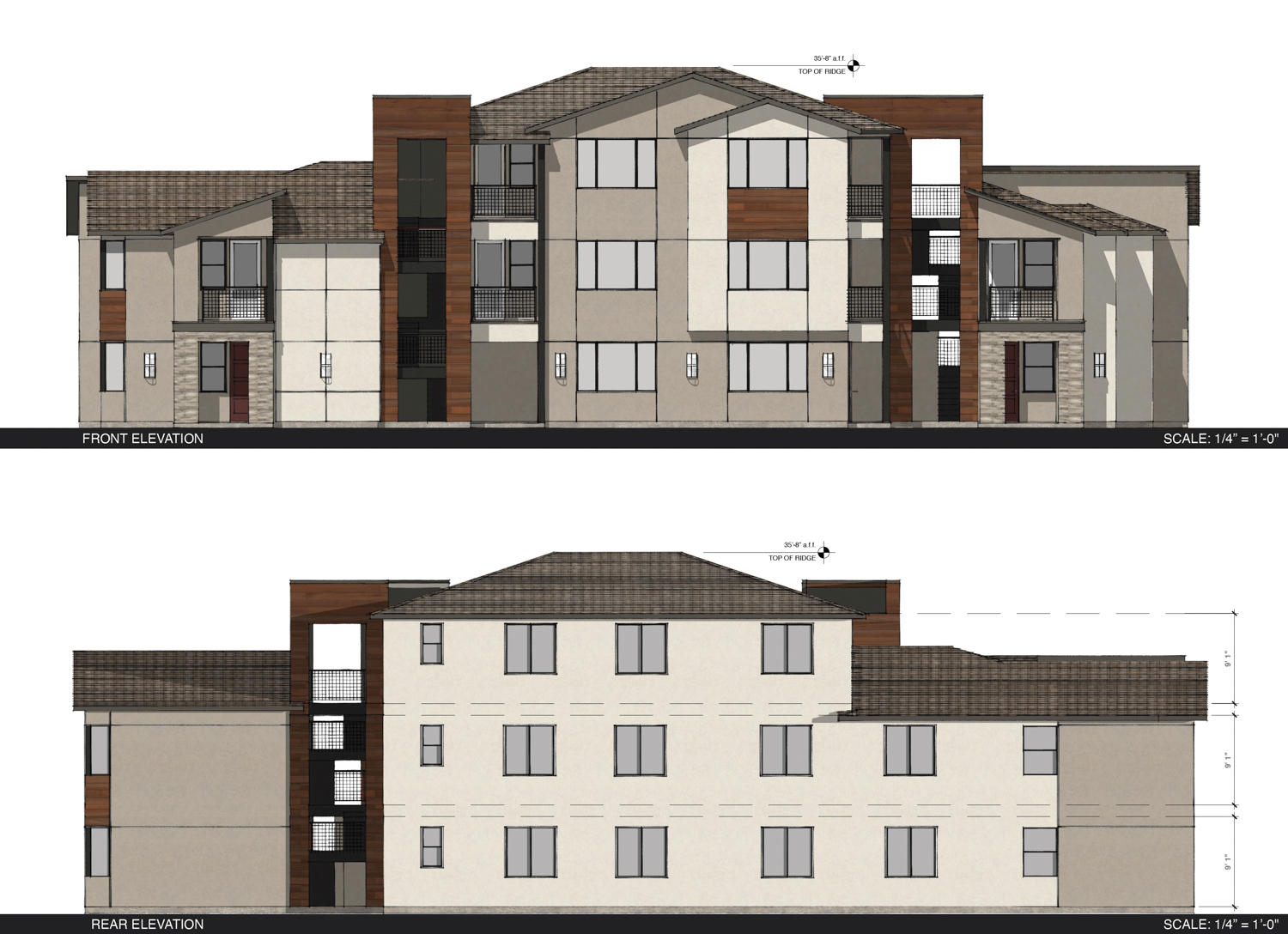 The 36-foot structure will yield 9,300 square feet. 8,100 square feet is dedicated to residential use, divided between two studios, three one-bedroom, three two-bedrooms, and two three-bedroom units. Residents will have access to private open space with balconies and parking for twelve vehicles. 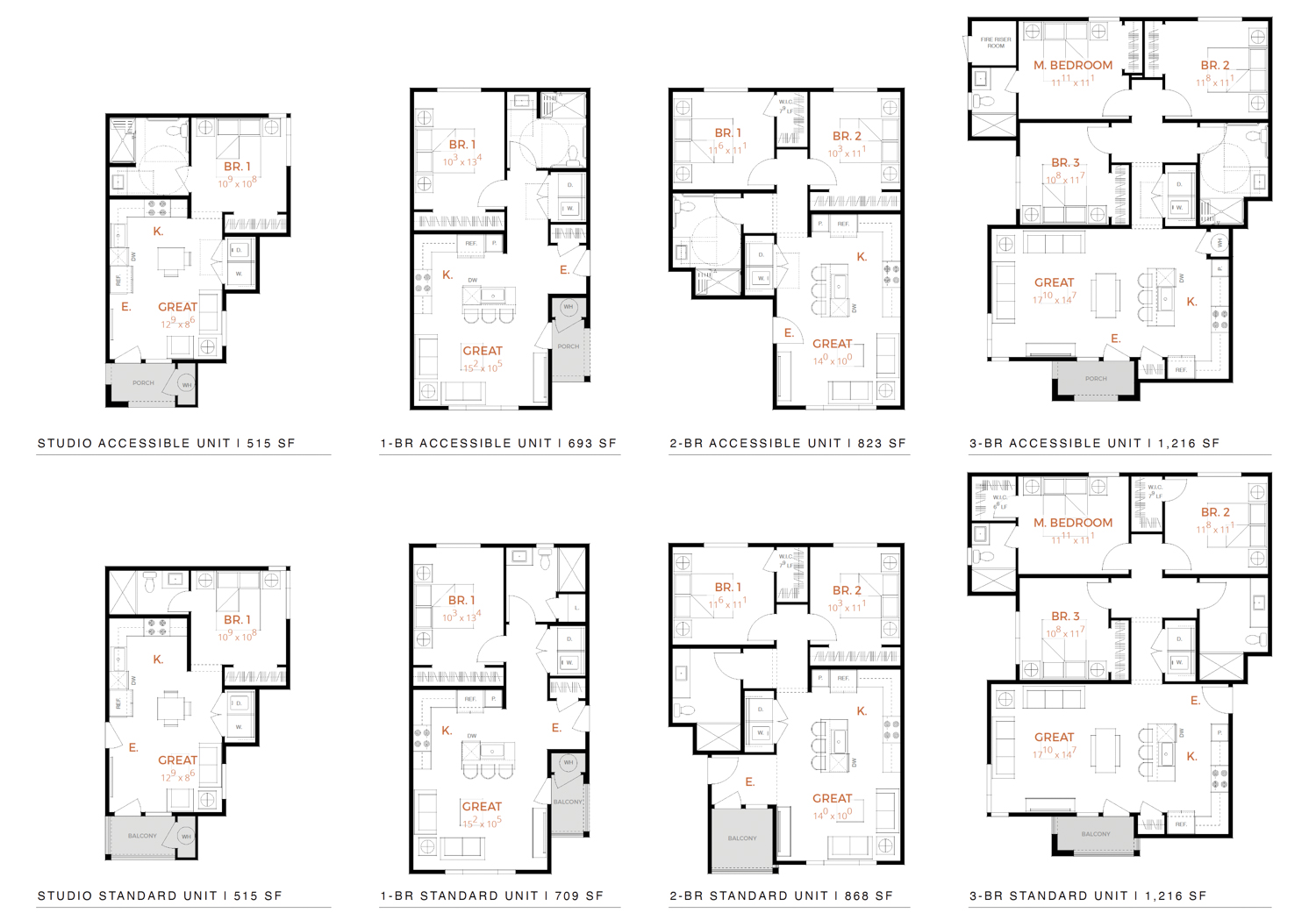 Jeffrey DeMure + Associates is responsible for the design. In a project application, JDA Architects describe the project narrative as “contextually responsive, complementing and respecting the surrounding neighborhood’s scale and mid-century era architecture, while also introducing a fresh aesthetic through the use of varied modern materials and building forms.” Looking towards the low-rise neighbors, the firm goes on to share that “the stepped massing softens the building to the street and the single family neighbors to the rear of the property by presenting a two-story element at both ends. This same stepped massing also presents an eye-pleasing “roof bounce” or “skyline” effect, providing interest and variation. Horizontal articulation is provided through the balcony pop-outs, stair towers, and bay element.” 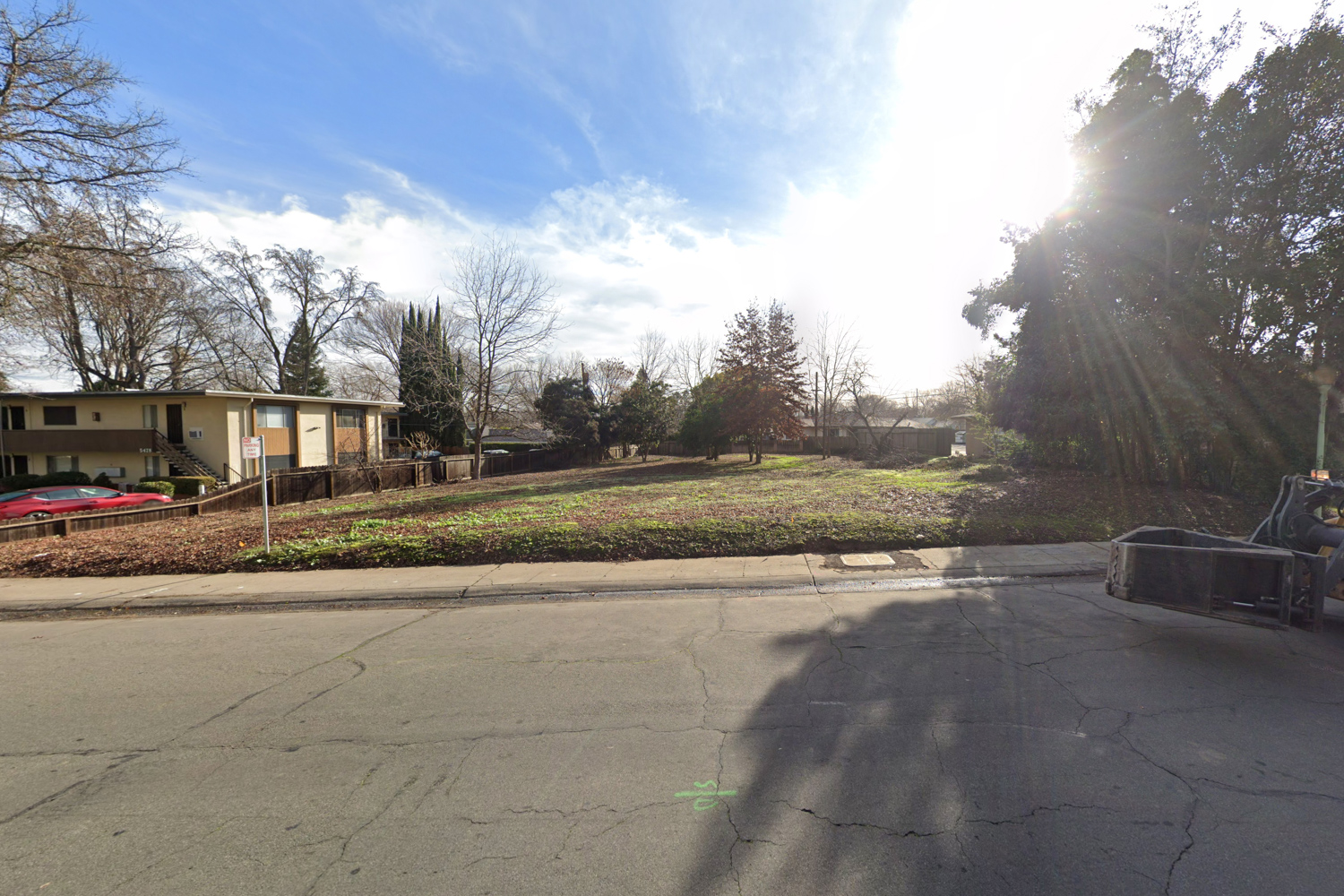 As referenced by the architects, the building is in a sprawling suburban corner of the city. The address is opposite some retail stores and the Carlson Drive bus station, serviced by the 134. An estimated construction date has not yet been announced, and building permits have not yet been filed.

Be the first to comment on "Permits Approved for 5482 Carlson Drive, East Sacramento"

Permits Filed For a Hotel At 629 Richard Boulevard In Sacramento