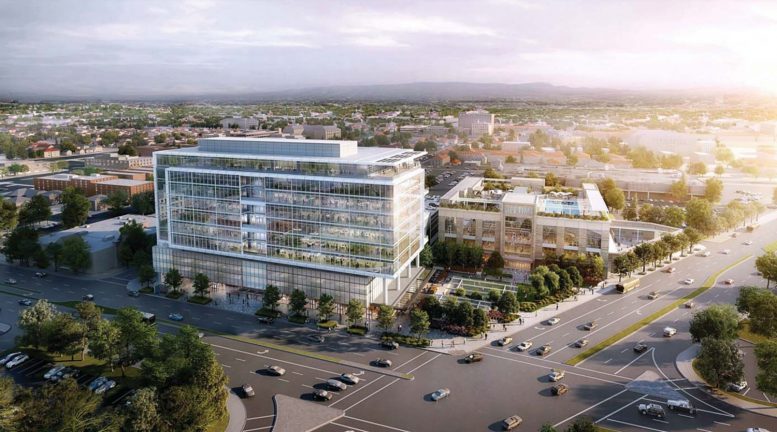 New renderings have been revealed ahead of the planning commission meeting for 3896 Stevens Creek Boulevard, on the north edge of the West Valley neighborhood in San Jose. The new proposal will be a sizable addition, providing office space and a health club to Stevens Creek and Saratoga Avenue’s retail-rich intersection. Cypress Equities is the developer for the project. 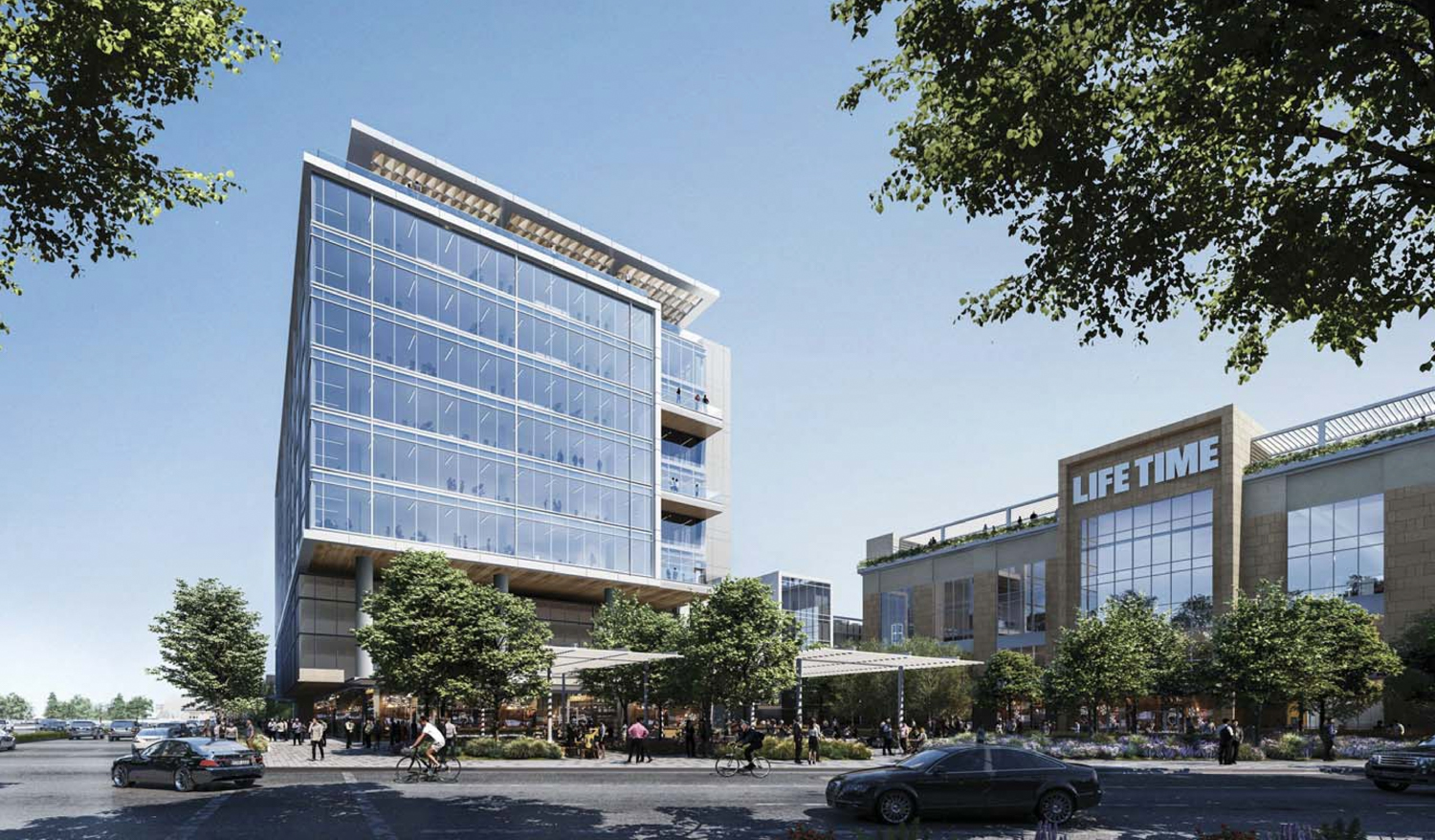 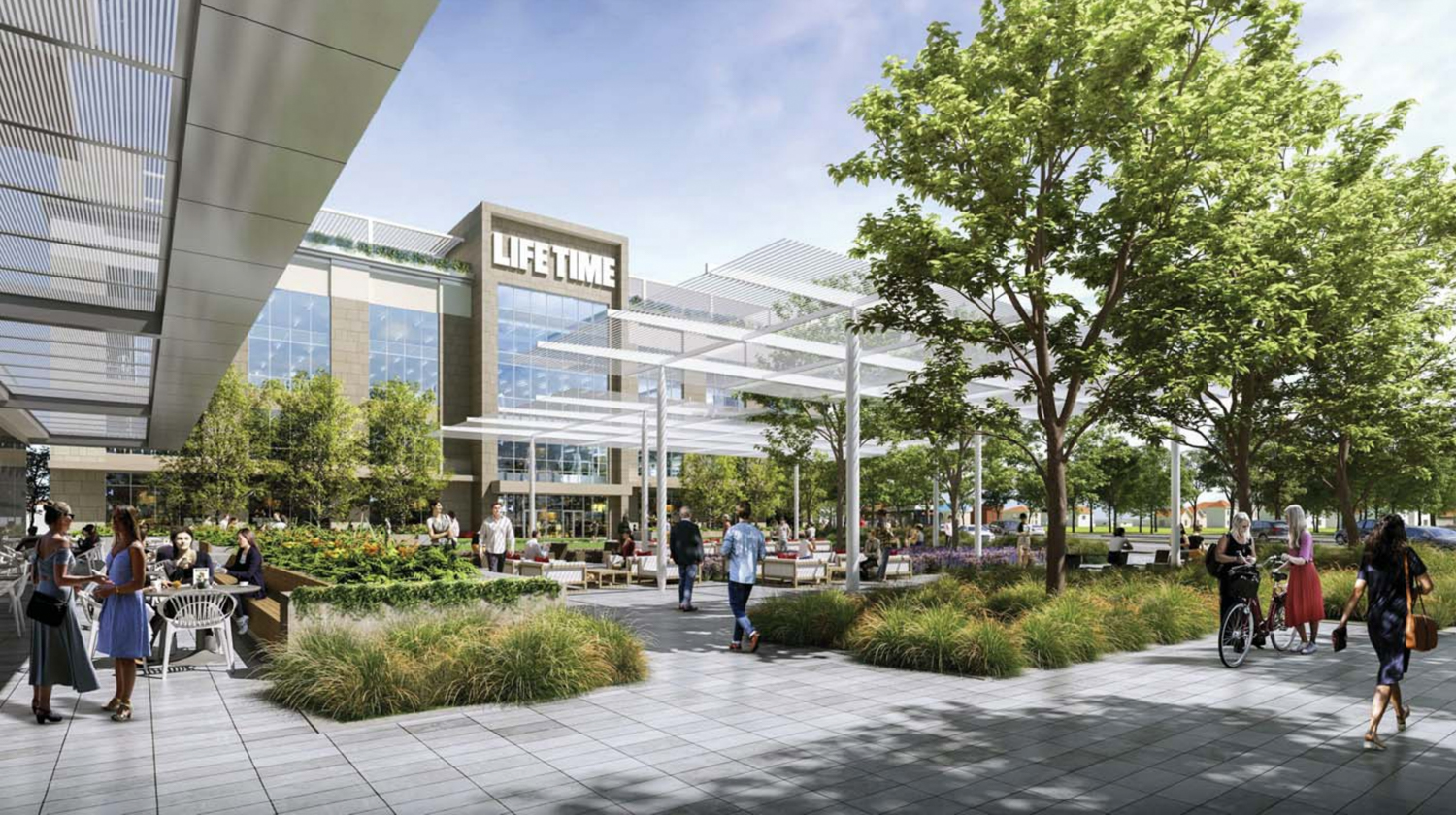 The second building will bring 122,700 square feet for the Lifetime health club and gym. The building will include a lap pool, spa, lounges, an outdoor space for kids, a cafe, and a bar on the first floor. The second and third levels will be dedicated to fitness activities, including cycling, pilates, yoga, and spaces devoted to general gymnasium equipment. Guests and members will find a second pool on the rooftop. It will be surrounded by seating, landscaping, and even a bistro restaurant. 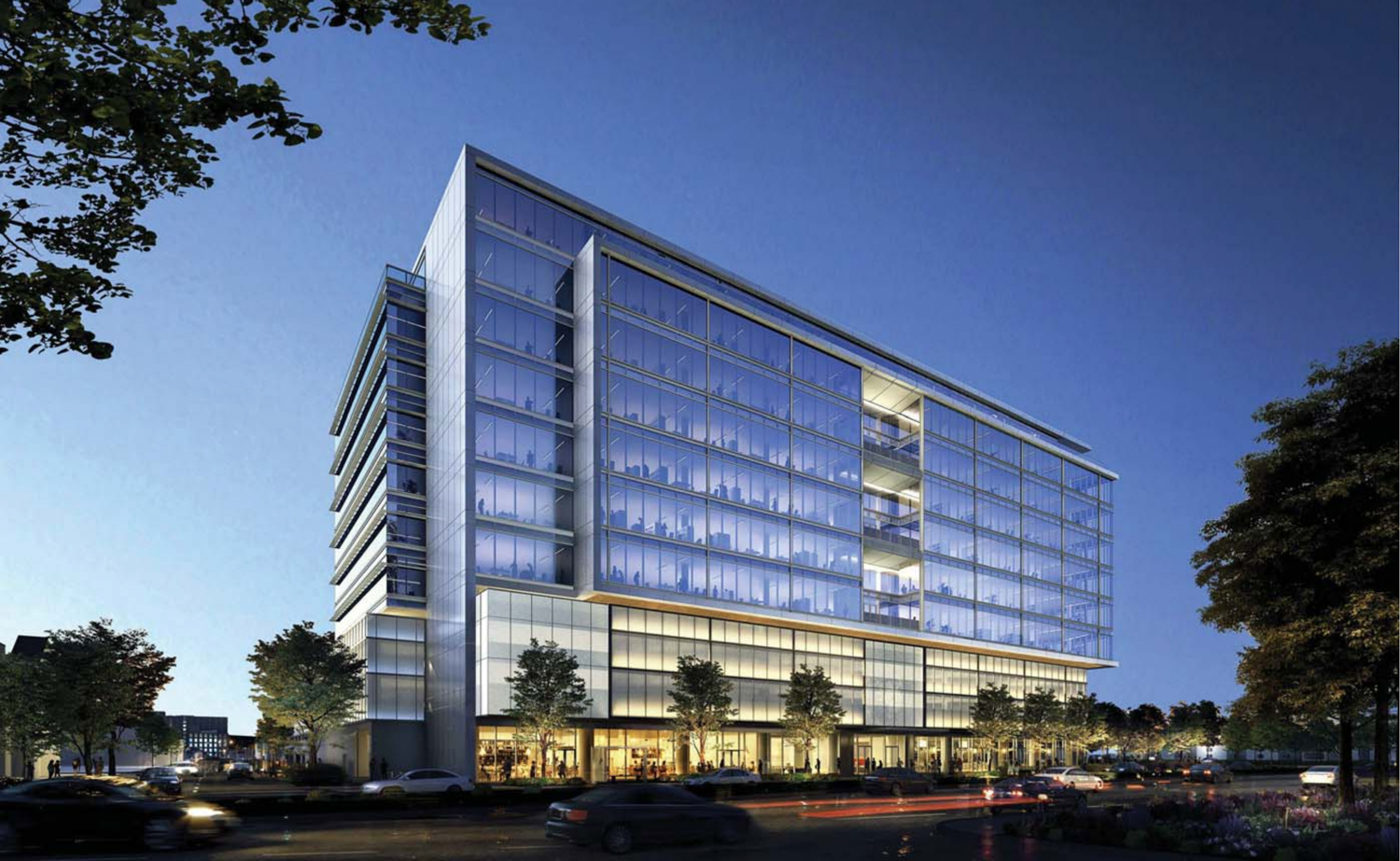 HKS Architects is responsible for the design. The complex is divided into three forms between two structures. The office building and garage, though connected, are visually distinguished using facade material and a fifteen-foot cantilever facing toward the public plaza. The building will be clad with a transparent curtain wall system, metal panels, cast concrete, cement plaster, and perforated metal plates. Construction crews will cover the health club with limestone, floor-to-ceiling windows, and metal panels. 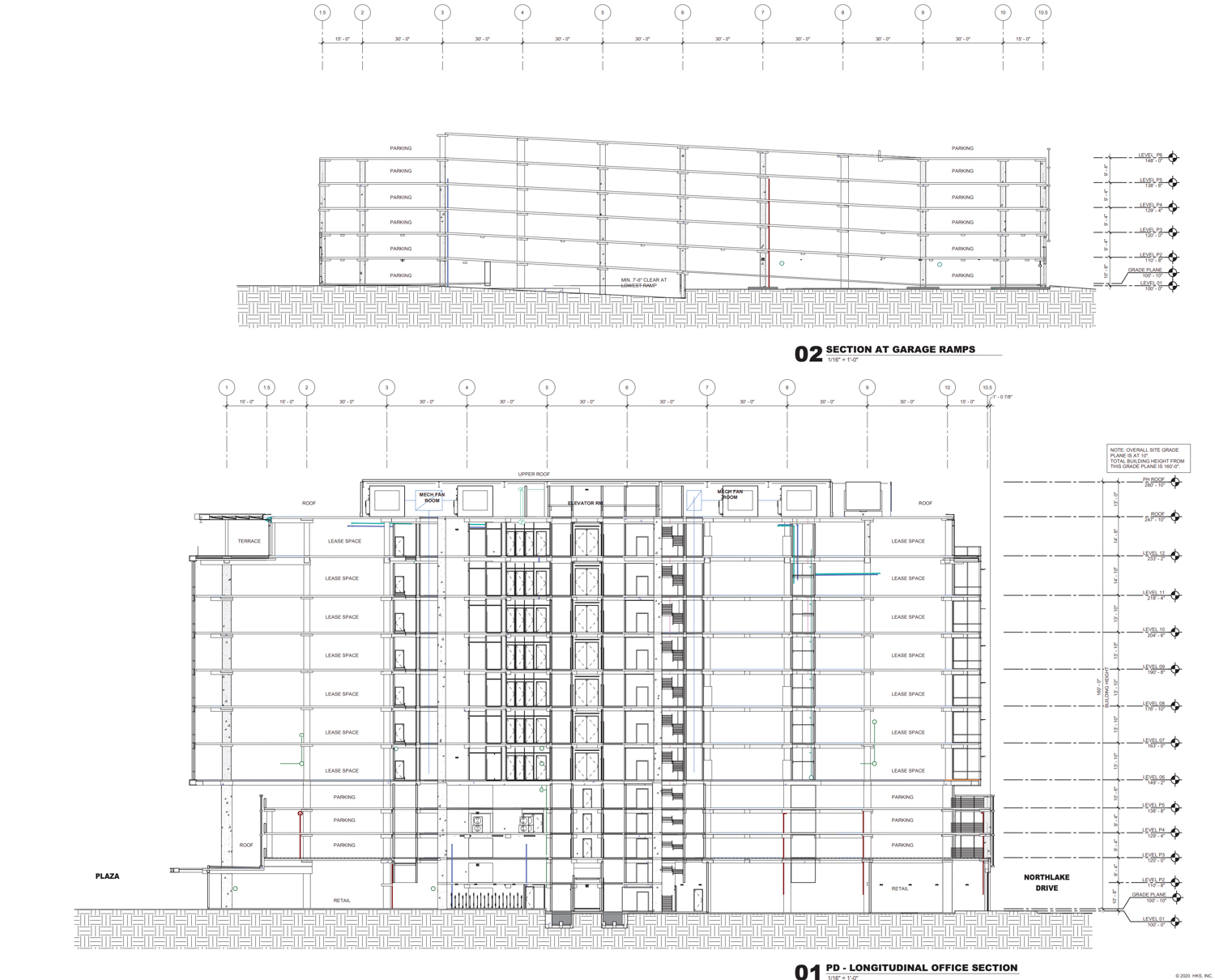 The development is situated within the Stevens Creek Boulevard Urban Village district. It is one of fifteen approved urban village zones across San Jose, and one of six specifically for promoting local transit. The other categories include regional transit, commercial corridor + central urban villages, neighborhood villages, and others. The urban village program is a strategy for the city to achieve its 2040 General Plan by promoting the city to be accessible for pedestrians, cyclists and to improve public transportation. For the Stevens Creek Boulevard Urban Village, the city hopes it can soon have as many as 3,860 new apartments and 4,500 new jobs by 2040. 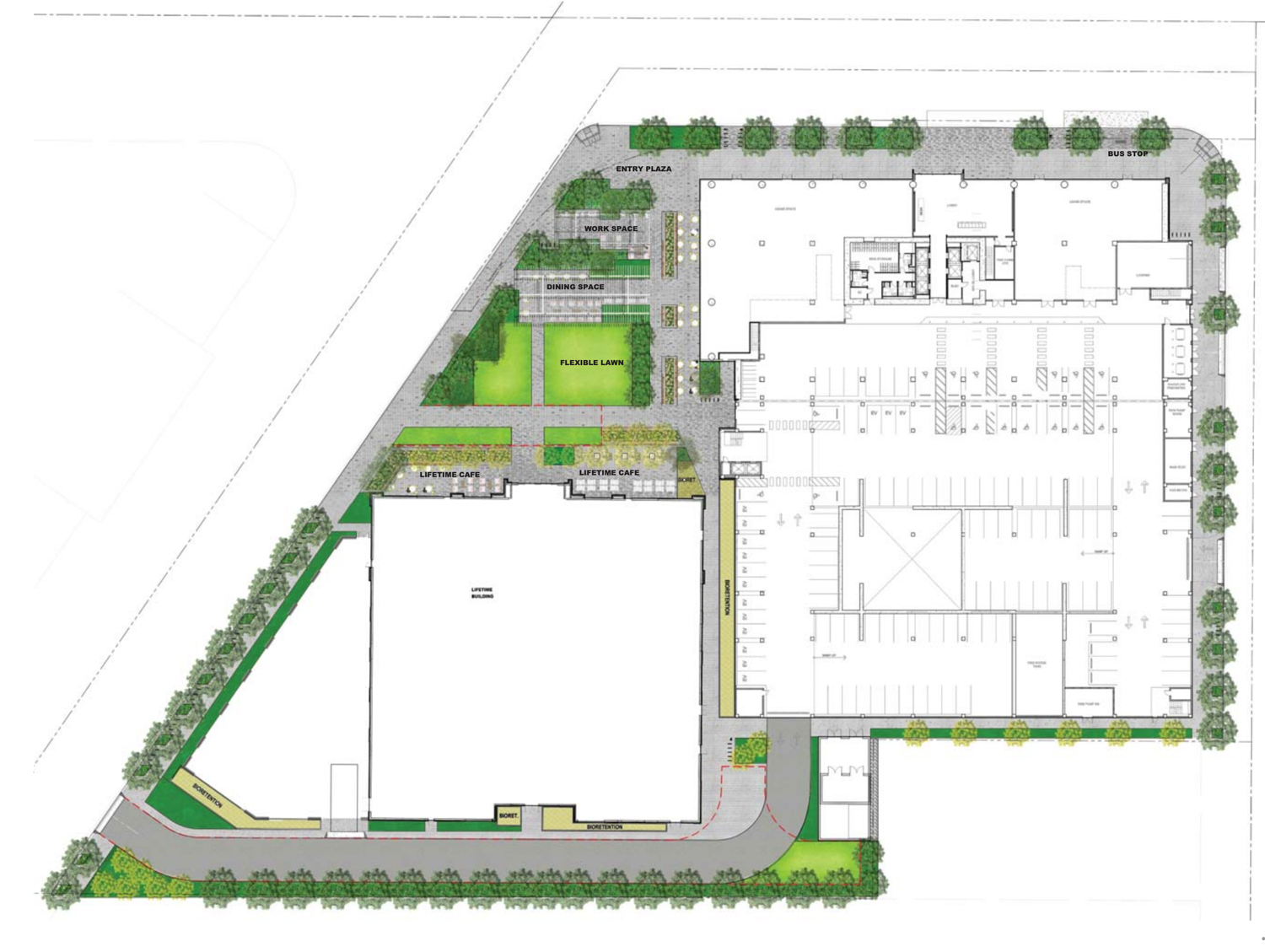 The project will be heard online by the San Jose planning commission tonight, February 10th, at 6:30 PM. For information on how to join, see the meeting agenda here. City staff recommends the commission members approve the plan, demolition, and the rezoning of the 4.84-acre lot from a CG Commercial General and CN Commercial Neighborhood Zoning district to a CP Commercial Pedestrian Zoning District.

Be the first to comment on "Renderings Revealed for 3896 Stevens Creek Boulevard, West Valley, San Jose"