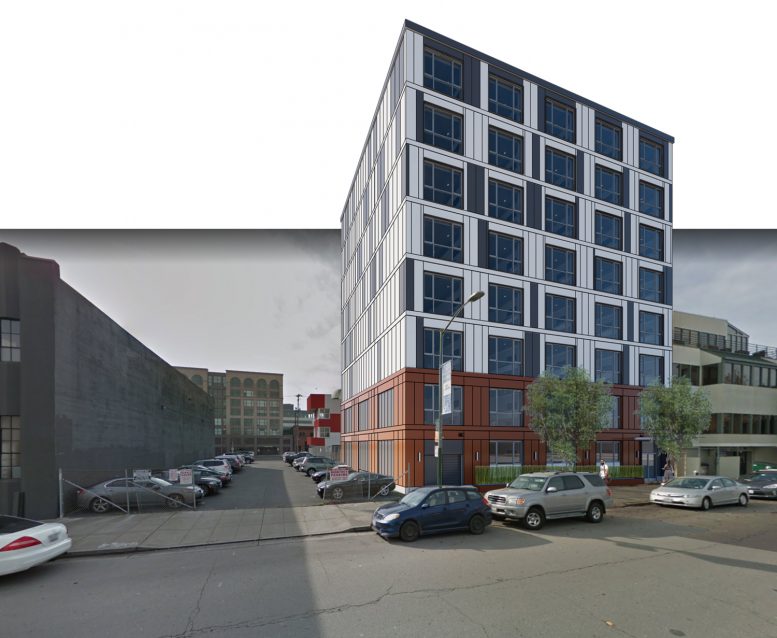 New building permits have been filed for an eight-story residential building for 335 3rd Street, located in Jack London District, Oakland. The project, named R2 Building, will bring 38 houses to the waterfront neighborhood, of which three will be sold as affordable to residents making up to 50% of the Area Median Income (AMI). RAD Urban is responsible for the development. 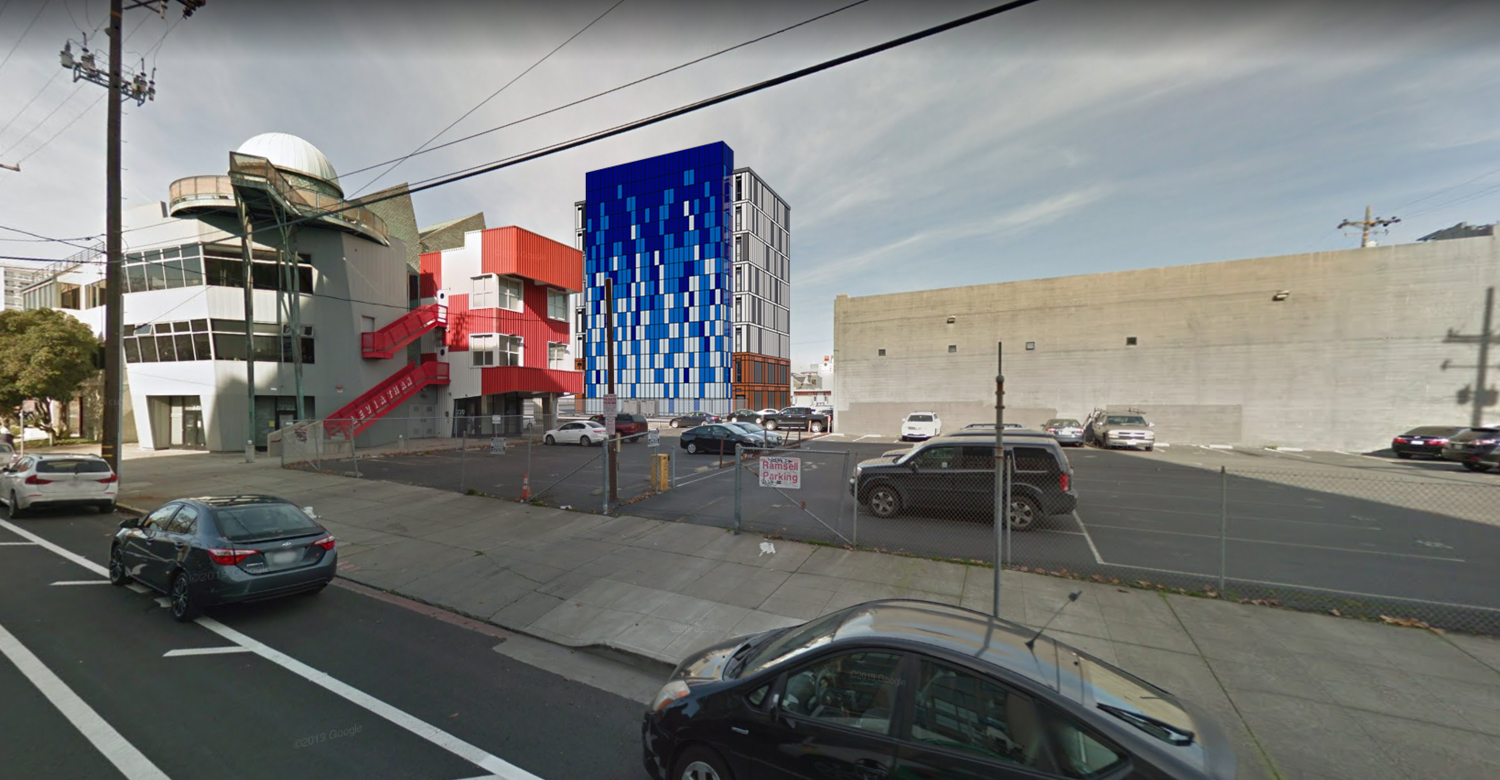 Jay Janda of R2 Building, RAD Urban, and former architect for Nautilus Group, is responsible for the design. The urban infill is clad with aluminum panels and floor-to-ceiling windows. The bottom two levels are wrapped with a rust color, while the top six floors are clad with a randomized selection of black and white panels. At the street level, the project will include a planter to provide greenery and some privacy for the three ground-level residences. 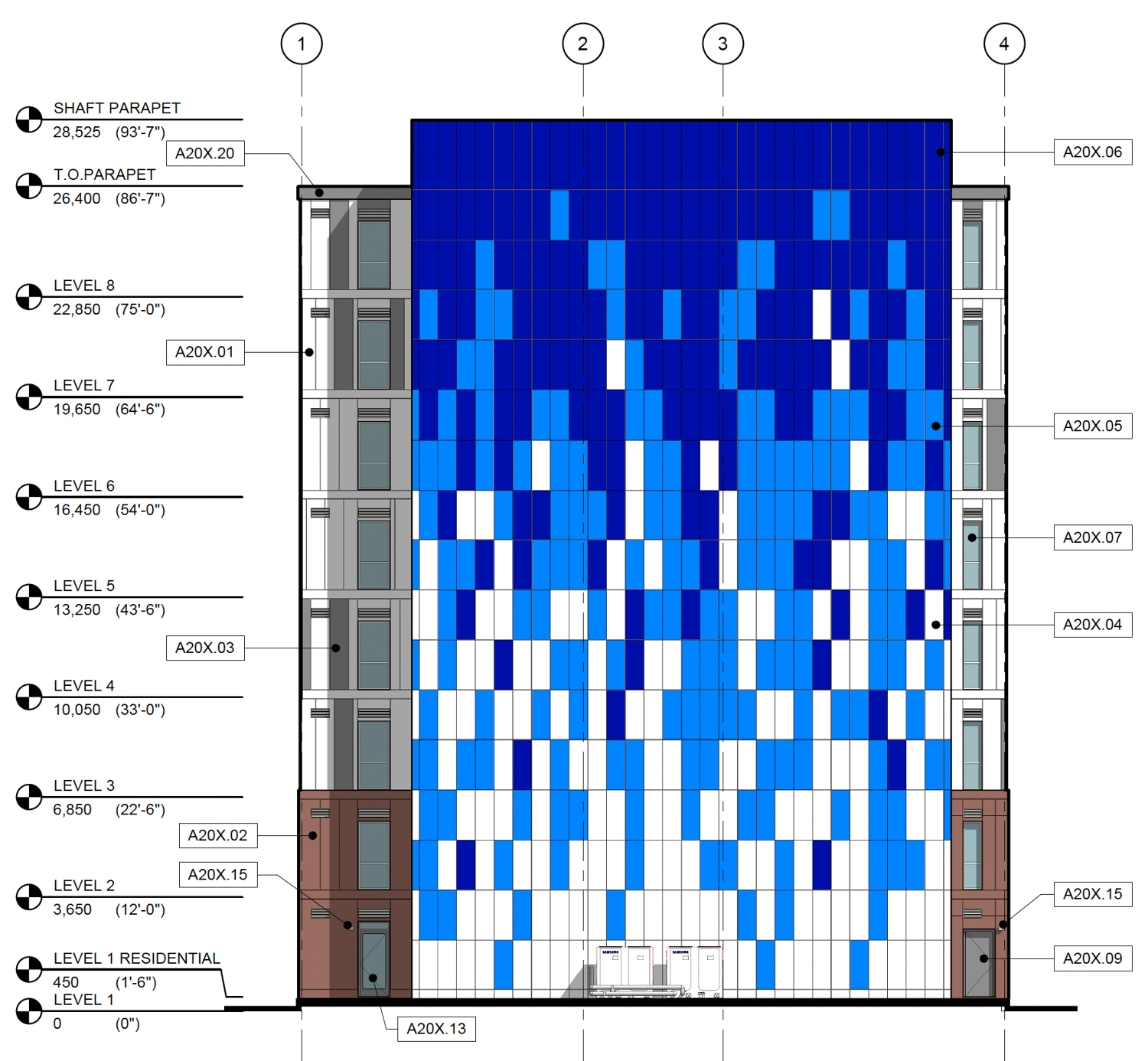 The 93-foot structure sits on a relatively small parcel, taking up 4,050 square feet of 6,000 square feet available. Construction is expected to yield 34,870 square feet of residential use for the 38 apartments, all of which are one-bedrooms. The first floor will include three houses, with the remaining seven levels offering five. The primary amenity is a landscaped 1,050 square foot backyard patio. 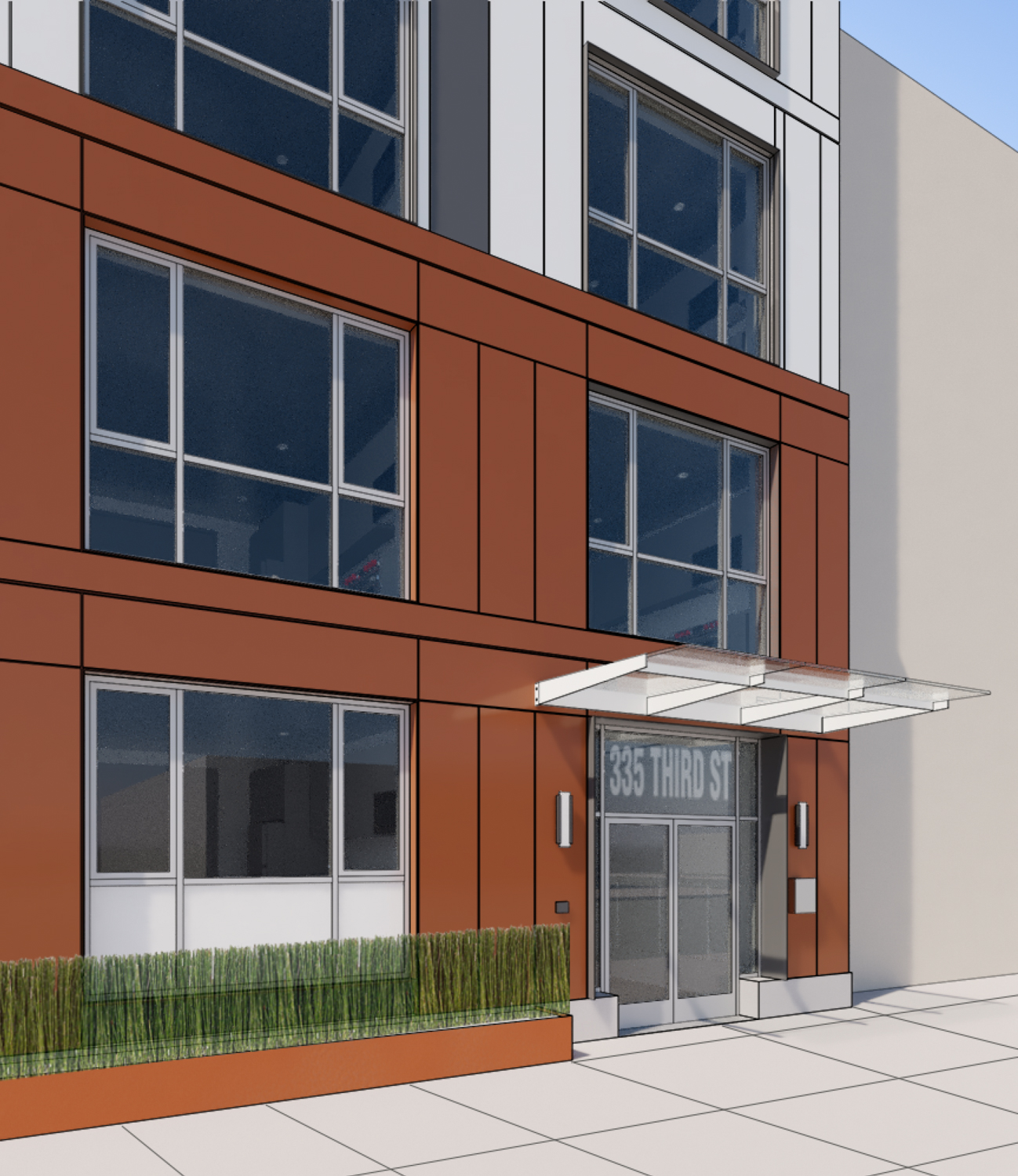 RAD Urban purchased the site for $2 million in August of 2020. The sale included approved permits for an 18-unit development of a similar height and scale. The developers are hoping to use the State Density Bonus Law, using their two available concessions to request the city eliminate the off-street parking requirement and reduce the usable open space demanded. Both concessions will provide more housing at a cheaper cost. 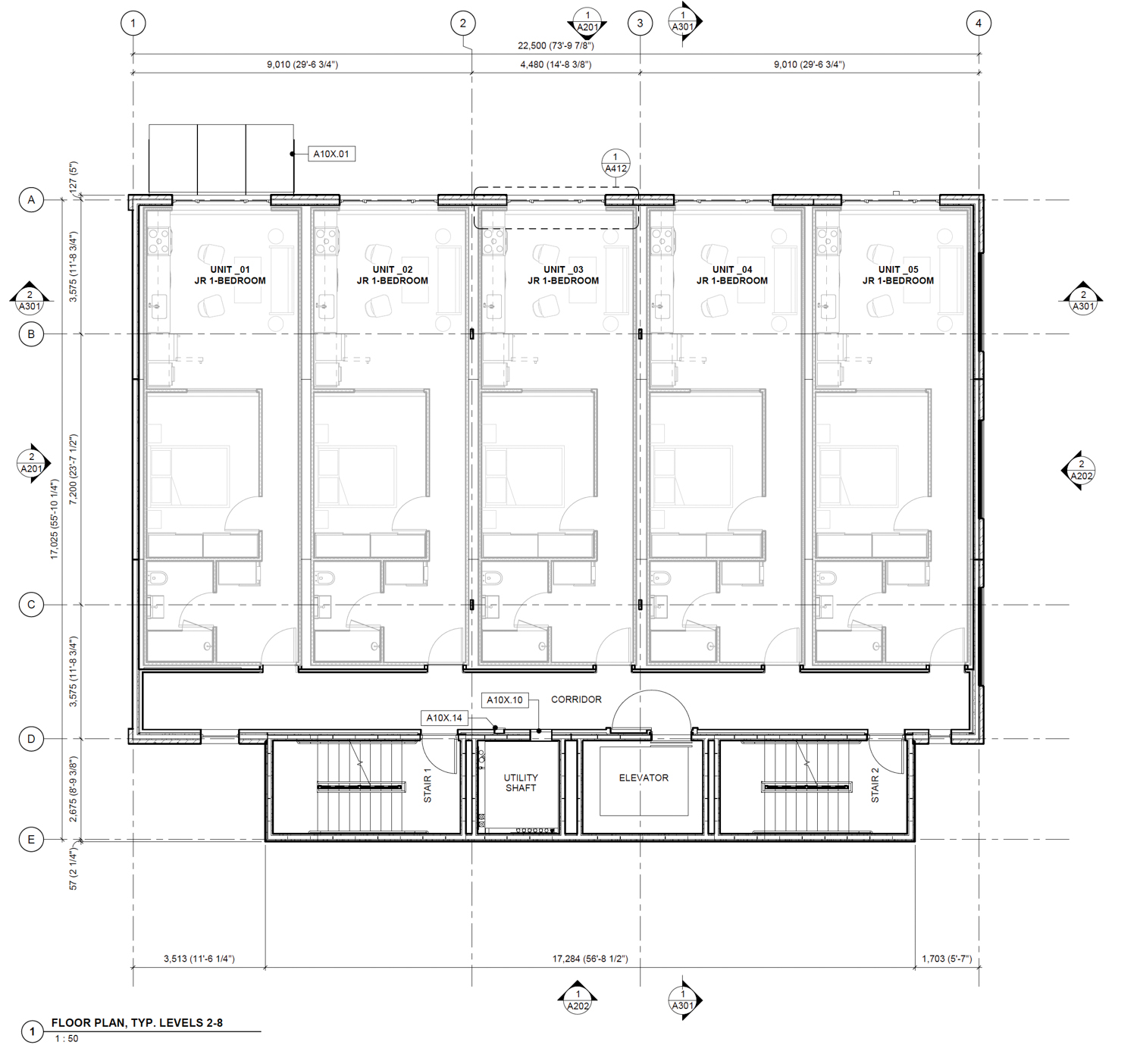 The construction job value is estimated to cost $4 million. An estimated groundbreaking or competition date has not been announced.

Be the first to comment on "Permits Filed for New Building at 335 3rd Street, Jack London District, Oakland"