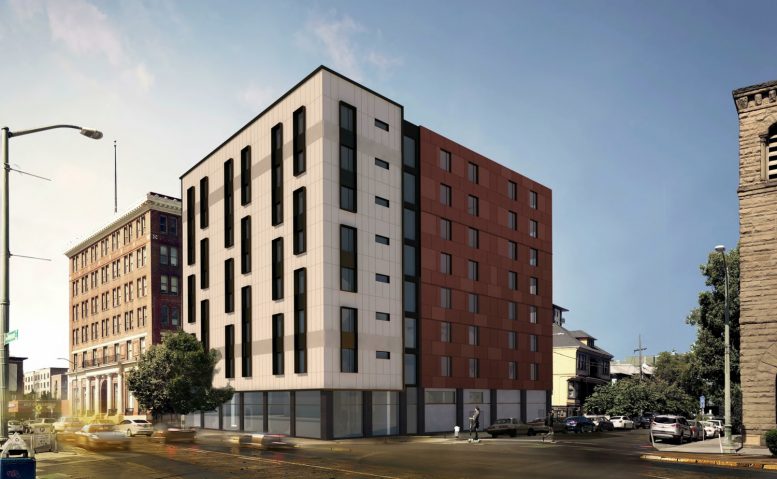 New renderings have been released as developers filed preliminary applications for an affordable senior housing development at 2125 Telegraph Avenue, located in the northern portion of Downtown Oakland. The eight-story building will rise beside the 1910-built former home to Oakland’s YMCA. Mercy Housing is responsible for the development. 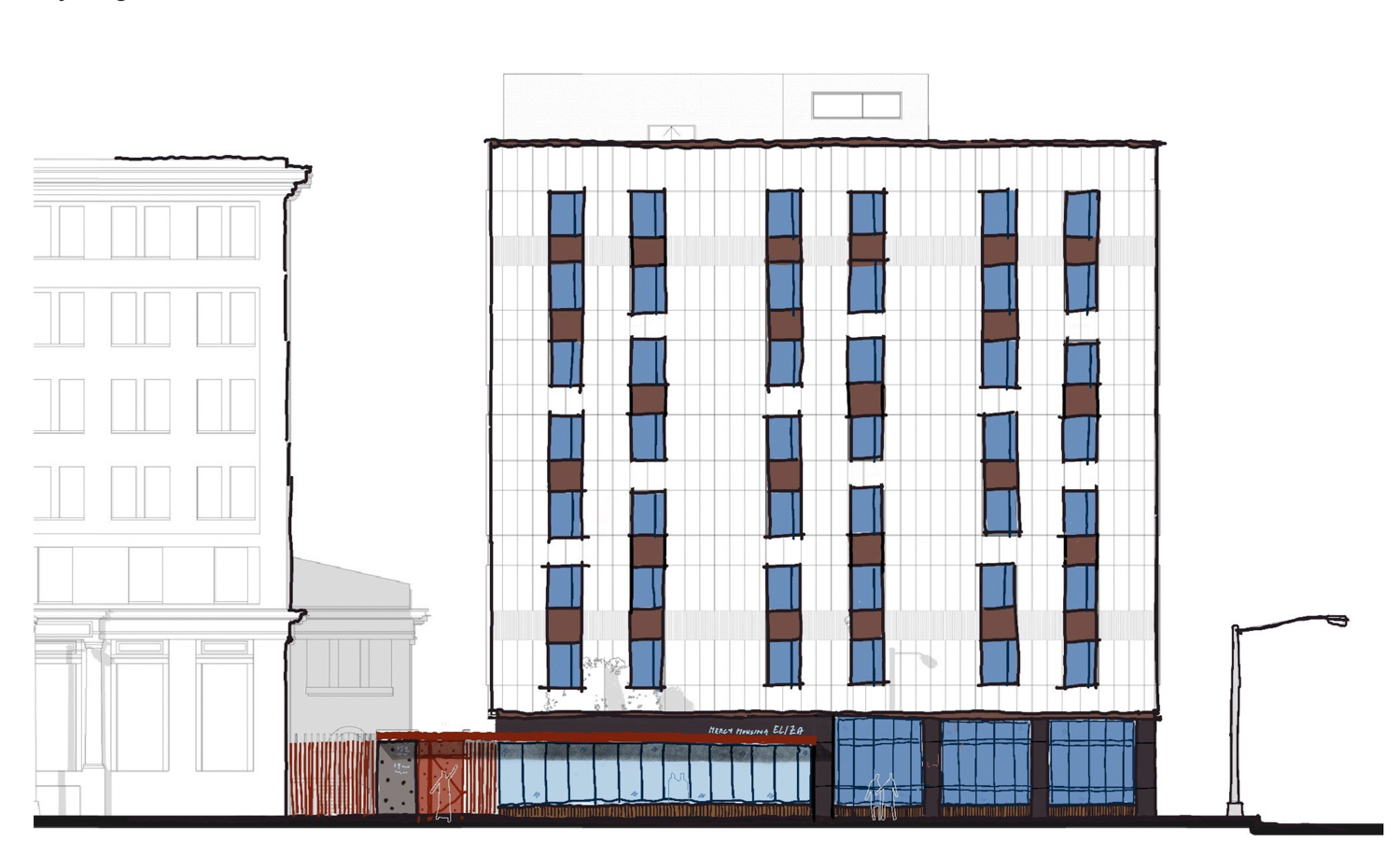 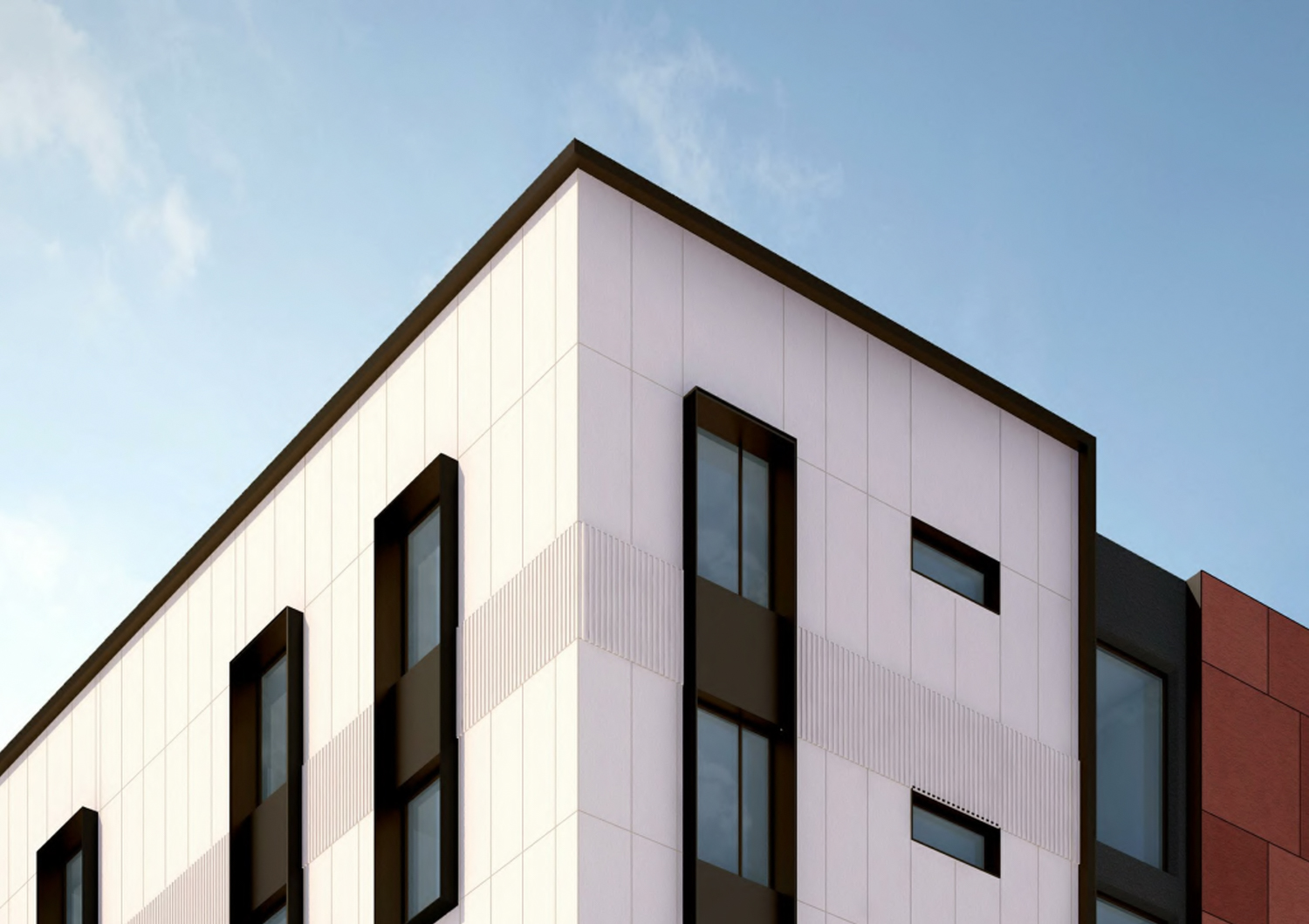 Gensler is responsible for the design. The new building’s red brick and white stone-colored composite fiber cement facade is a contemporary reimagination to its next-door neighbor. Across the white-painted massing, black-painted aluminum fins frame both the window and the white stucco portion to create a subtle cornice. The ground level, in contrast, is wrapped with a curtainwall system. 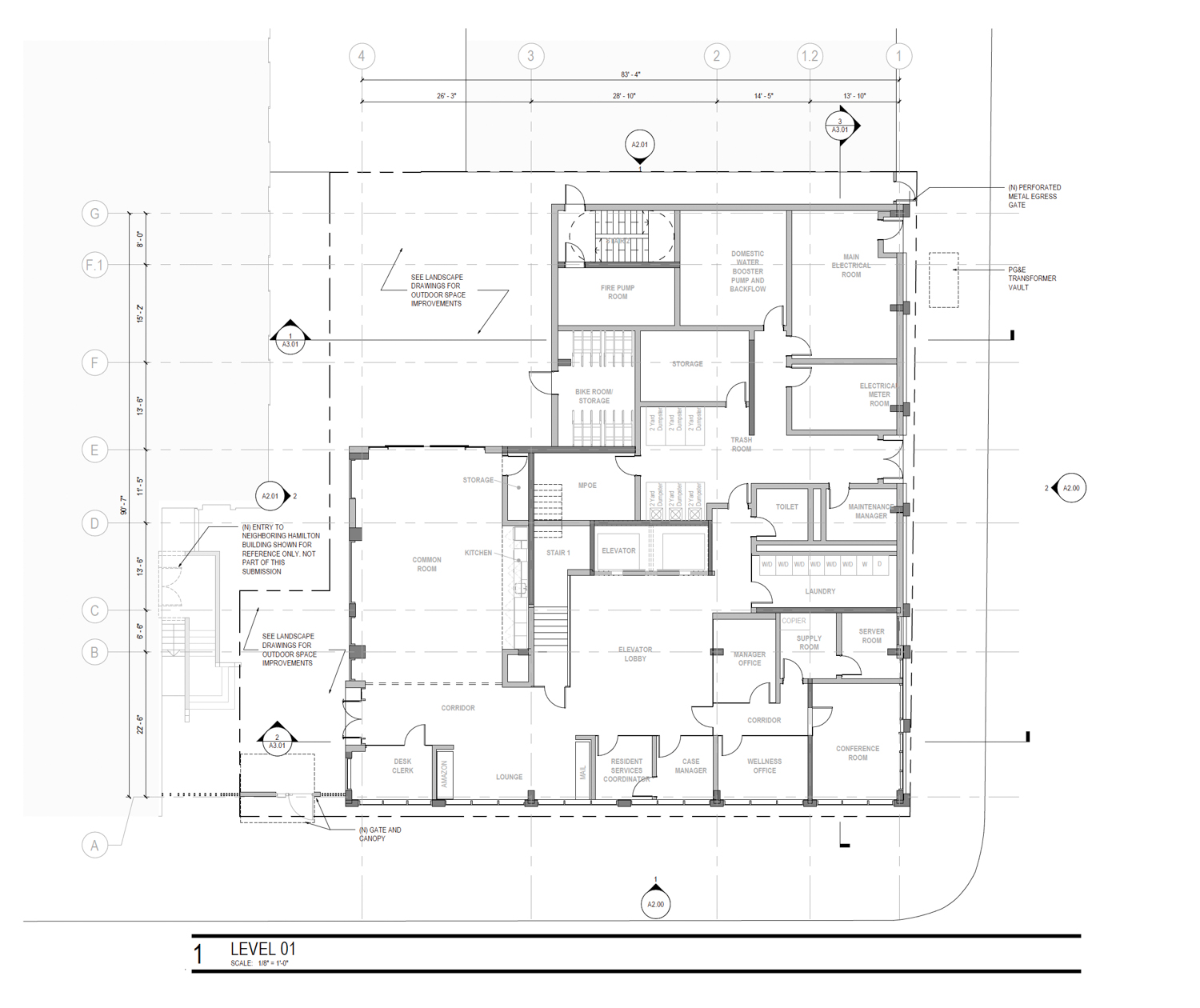 The building will offer a community room at the ground level, a courtyard, conference room, wellness office, mailroom, and a landscaped rooftop terrace. PGAdesign is responsible for landscape architecture. The project will prominently feature trees around the sidewalk and rooftop, including vine maples, African sumac, Tupelo trees, red maple, and skylark olive. 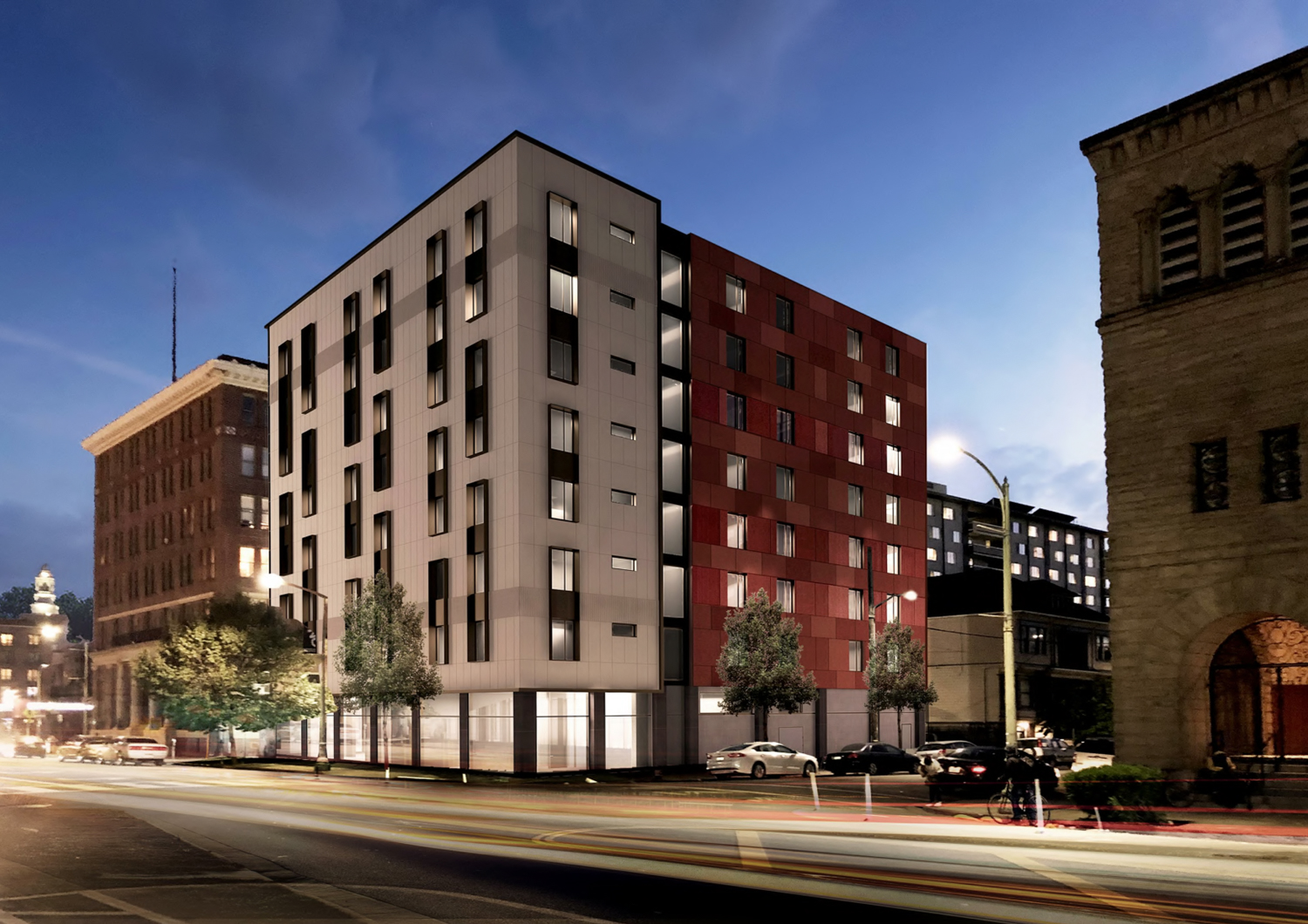 The address is two blocks from the 19th Street Oakland BART Station, ten minutes from Lake Merritt or Frank H. Ogawa Plaza by foot. The development process has been streamlined thanks to Senate Bill 35, drafted by State Senator Scott Wiener and passed in 2017. The building is also nearby the topped-out Moxy Hotel development at 2225 Telegraph and 2100 Telegraph Avenue, where developers are debating two development proposals, each over a million-square-foot.

Meeting Today for Housing at 1904 Adeline Street in West Oakland