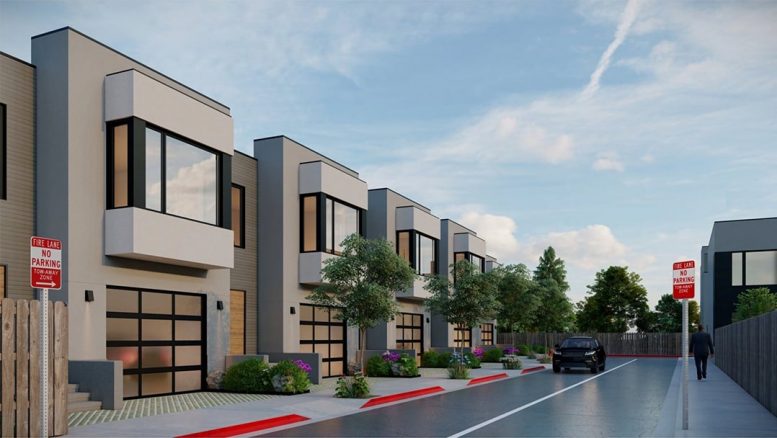 Development permits were filed seeking the approval of constructing a single-family housing development in an inner-block parcel opposite 149 Guttenberg Street in Crocker-Amazon, San Francisco. The residential project proposal includes the construction of three new two-story residential buildings housing nineteen dwelling units. SIA Consulting is managing the design concepts and construction of the project. P & J Builders is the owner of the property. 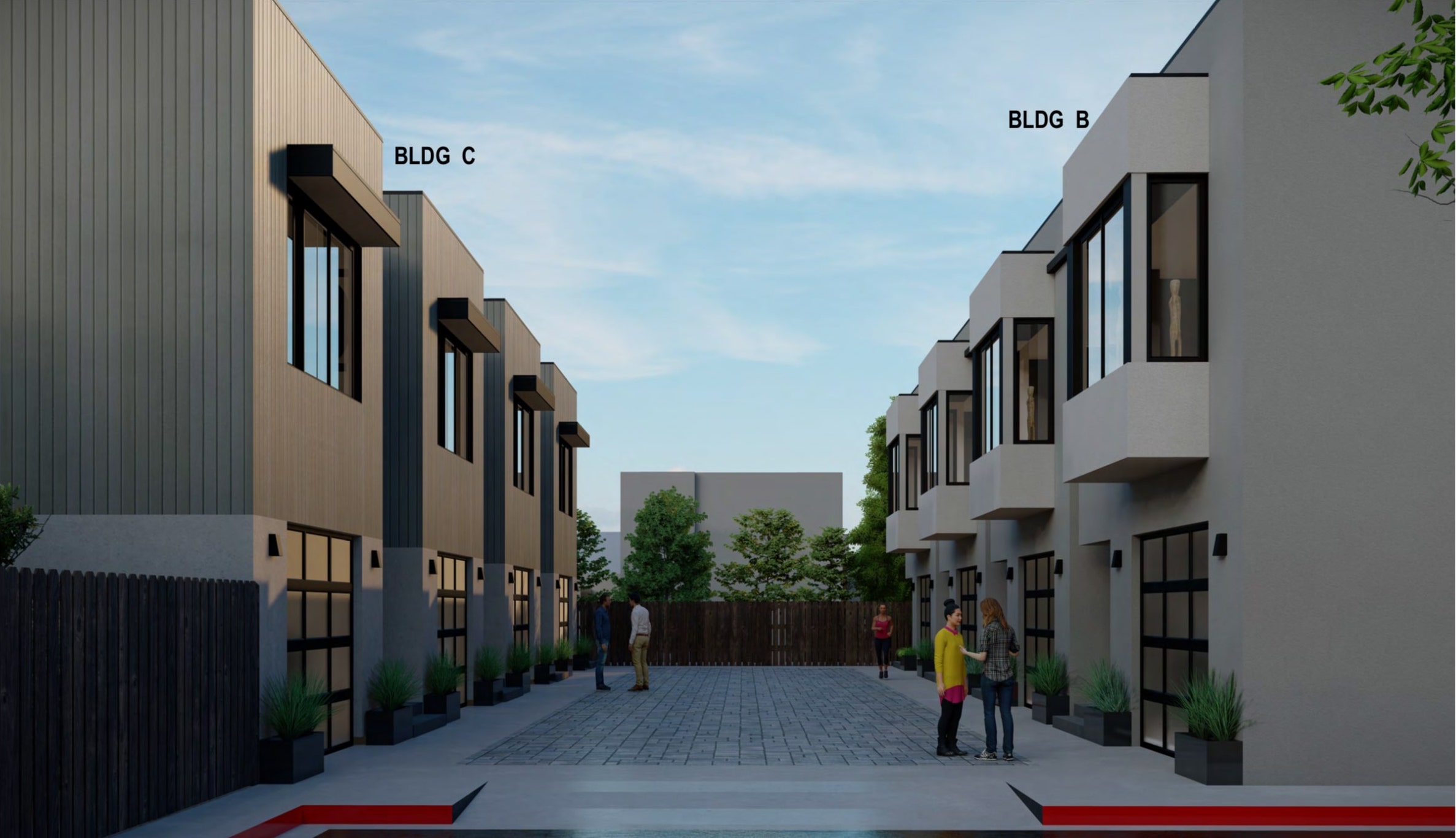 Named as Pacific Villas, the total residential area proposed is 32,214 square feet. Out of the nineteen dwelling units, eleven three-bedroom units and eight two-bedroom units are proposed. The project site is a 36,406 square-foot vacant irregularly shaped lot and is situated in the interiors of the block bounded by Guttenberg, Morse, Brunswick, and Lowell streets. The townhouses would be accessed from Guttenberg Street by a new thirty-foot-wide curb cut leading to a new approximately 267-foot-long, twenty-foot-wide private driveway with approximately five-foot-wide sidewalks on either side. 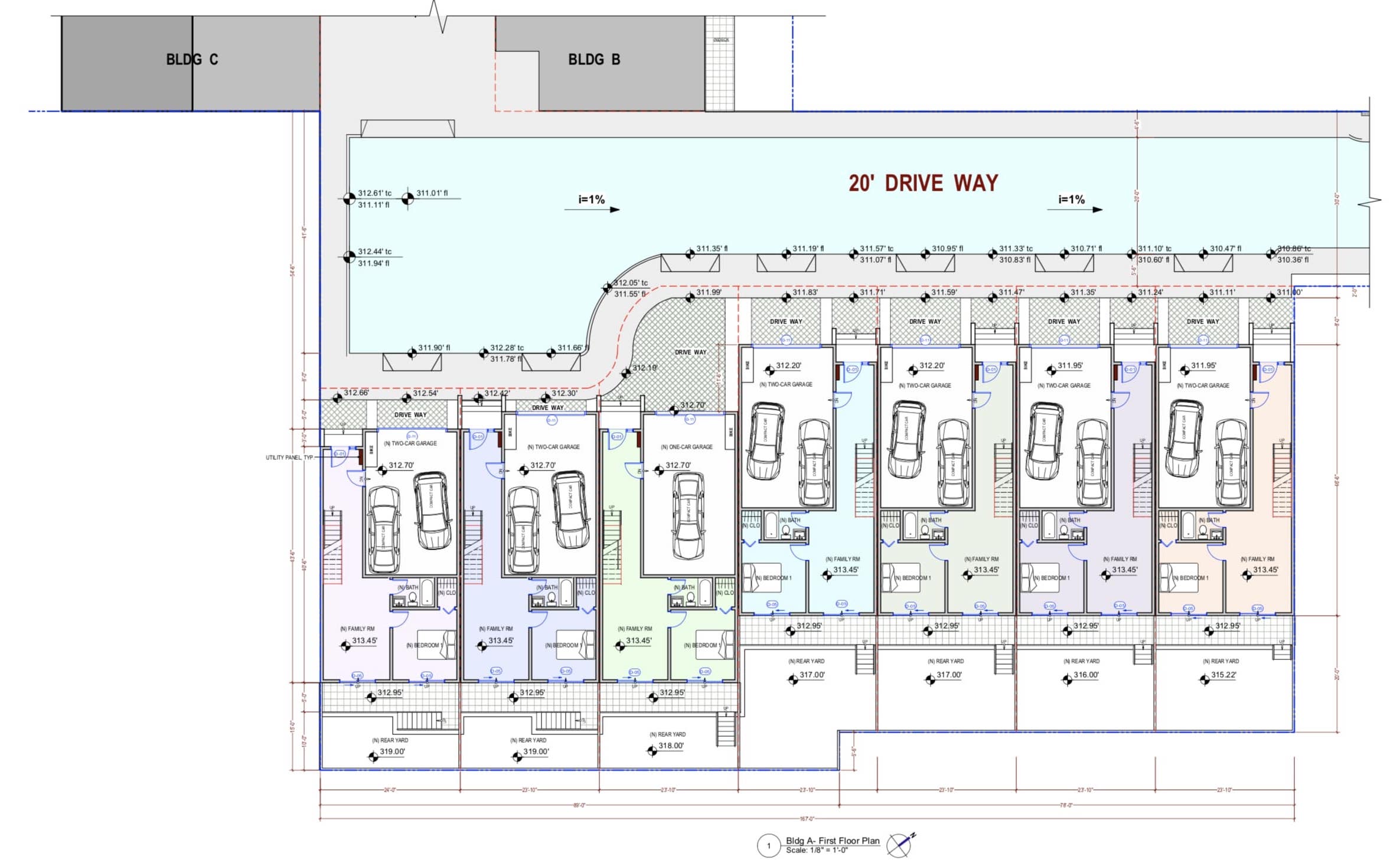 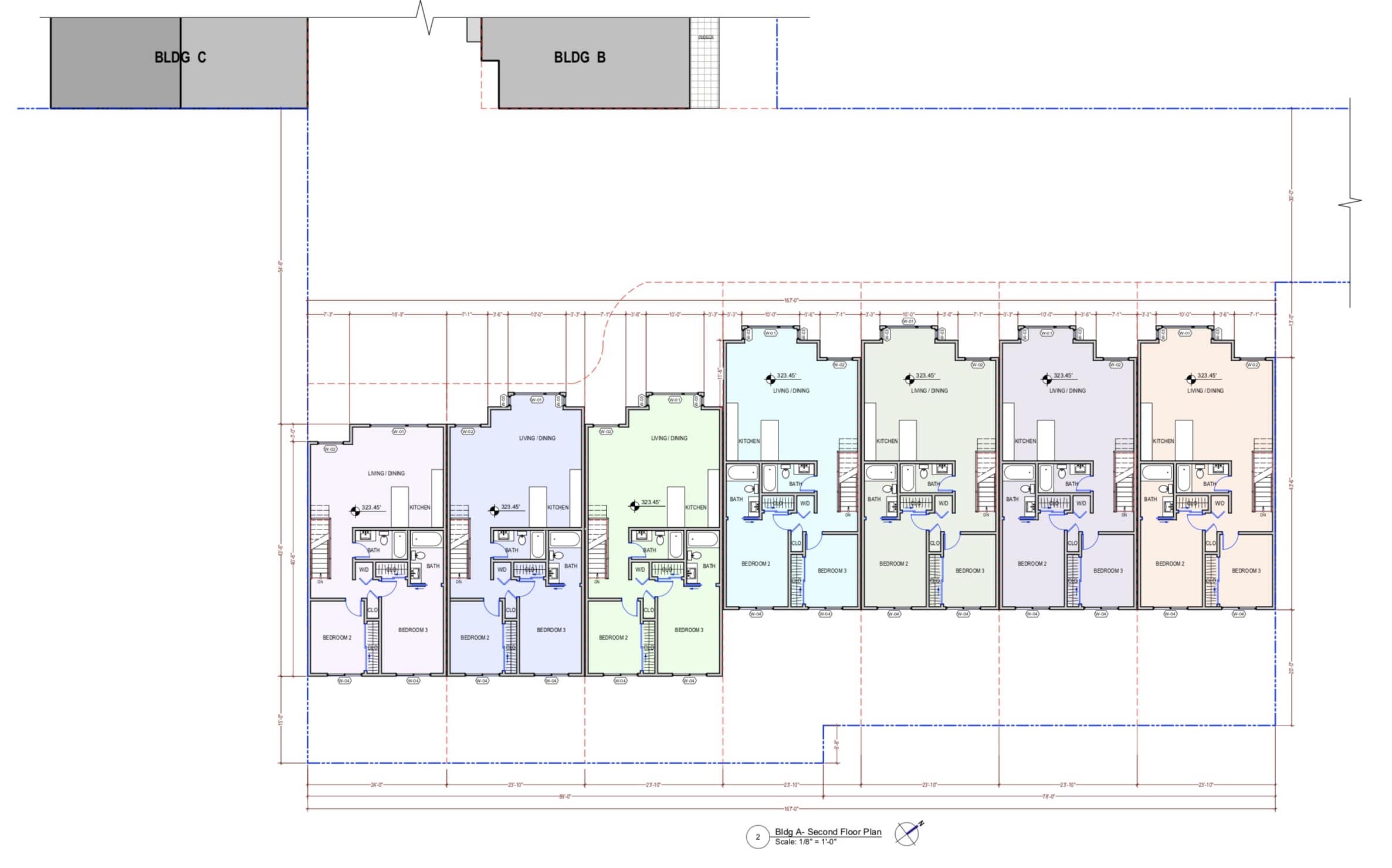 A total of twenty-nine vehicle parking and nineteen bicycle parking spaces will be provided in the ground-level parking garages in each building. Approximately 8,000 square feet of private open space would also be provided in the form of rear yards. The building facade will rise to twenty-one feet. Solar photovoltaic systems would be installed on the roofs of each building. 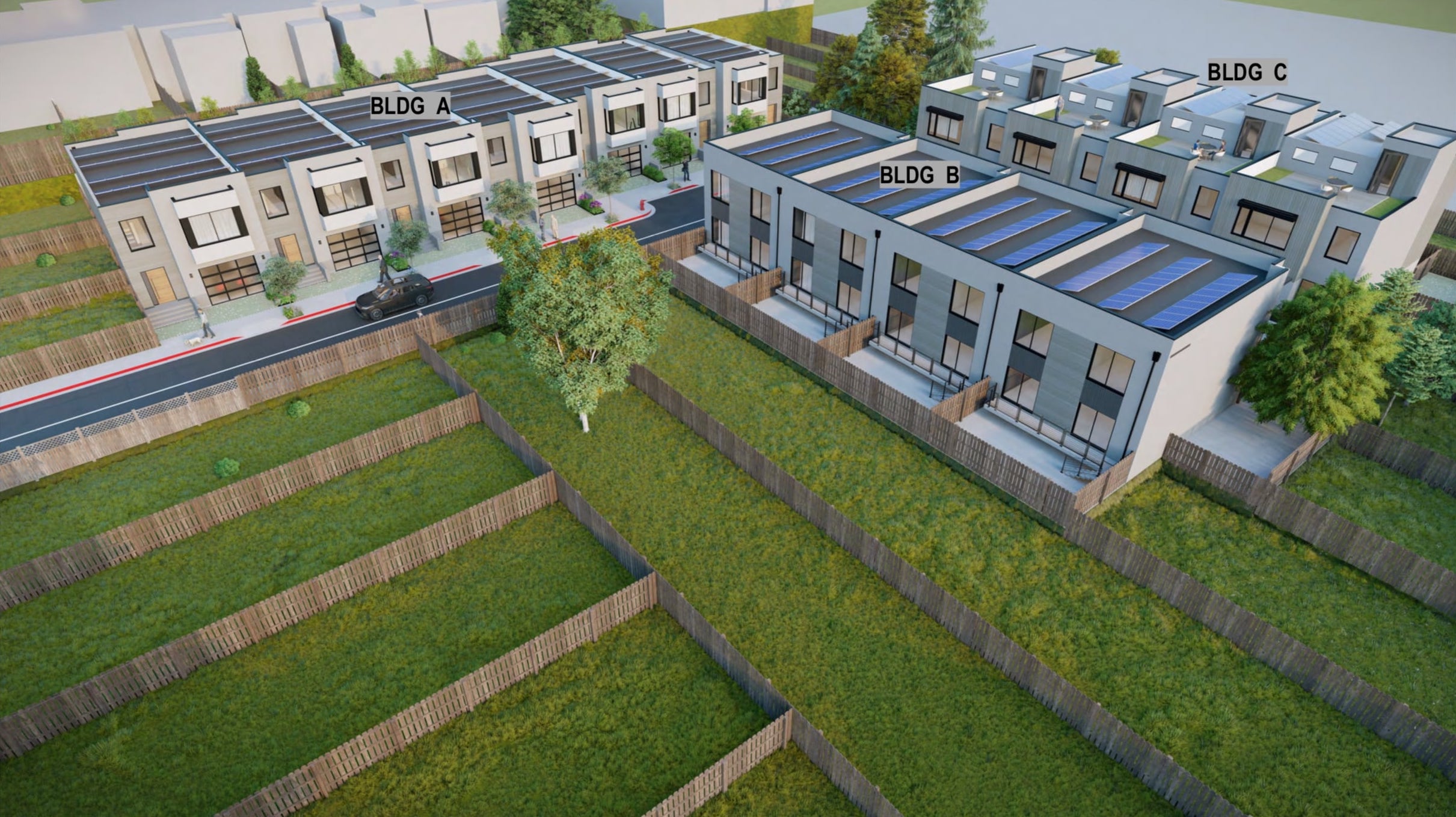 The project would require planning commission approval of conditional use authorization for planned unit development.