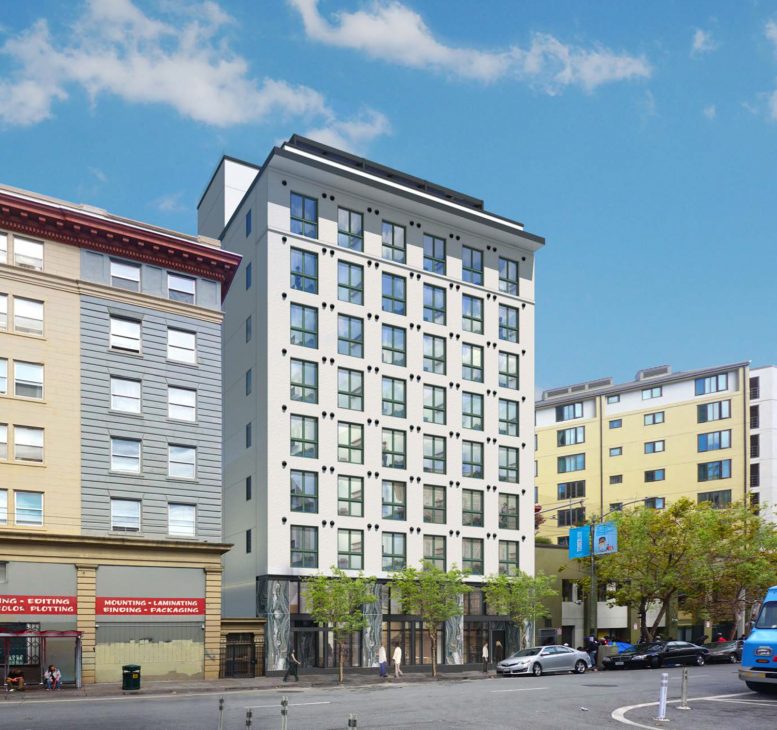 New renderings have been revealed for a nine-story group housing development at 468 Turk Street in the Tenderloin, San Francisco. The 102-foot structure will yield 36,860 square feet, of which 22,190 square feet is dedicated to residential use, and 3,200 square feet for shared living spaces. 2,230 square feet of open space will be available for residents at the basement level and the roof. Turk Street LLC is responsible for the development, with Maddern Construction hired as the contractor. 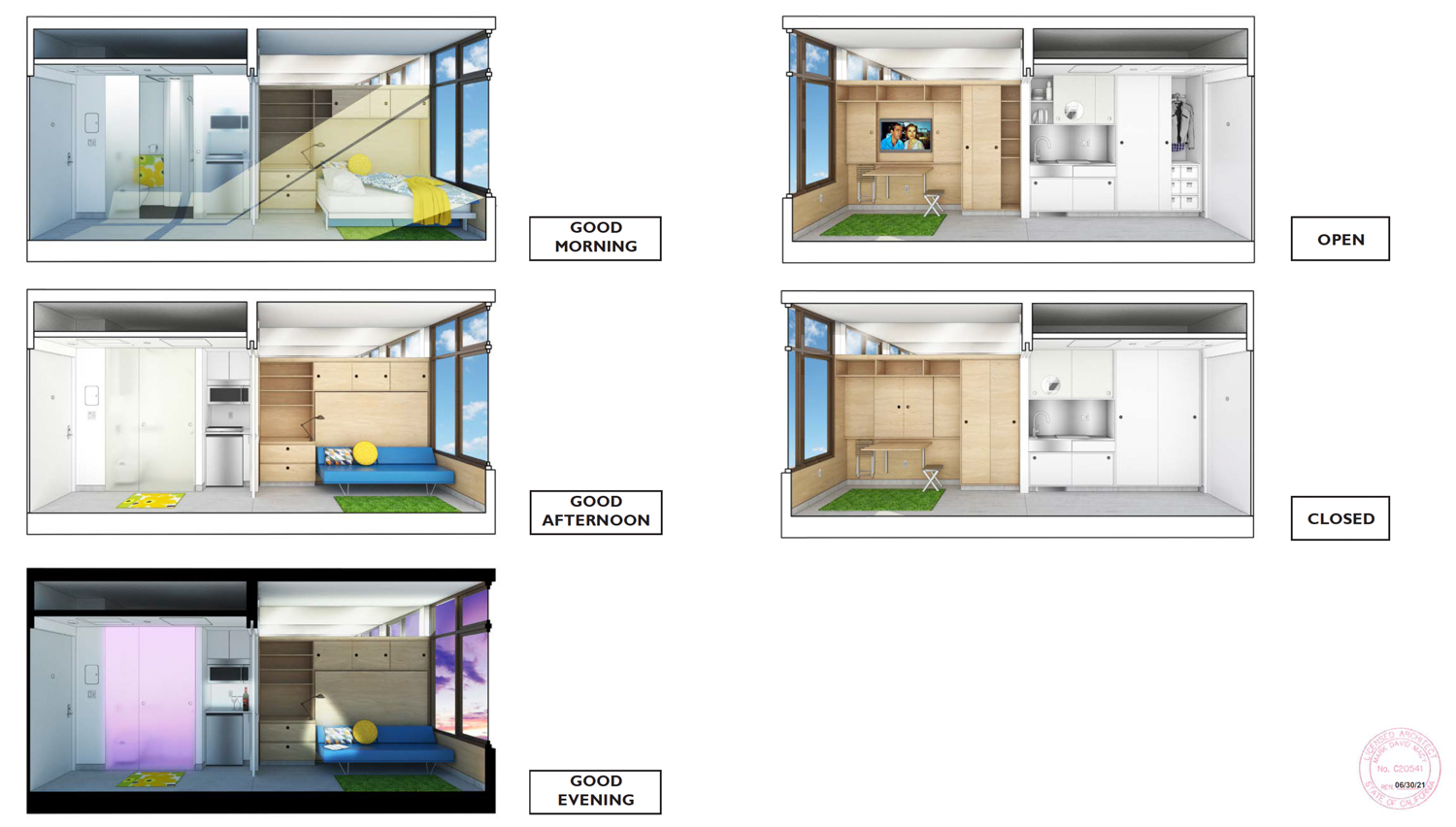 Macy Architecture is responsible for the design. The simplified facade takes from classical elements in the surrounding historic district, with a two-story stone-clad base, white stucco middle, and a streamlined lintel and cornice in the shape of a perpendicular metal slab. The face is punctuated by semi-spherical aluminum vent caps for air intake and exhaust. 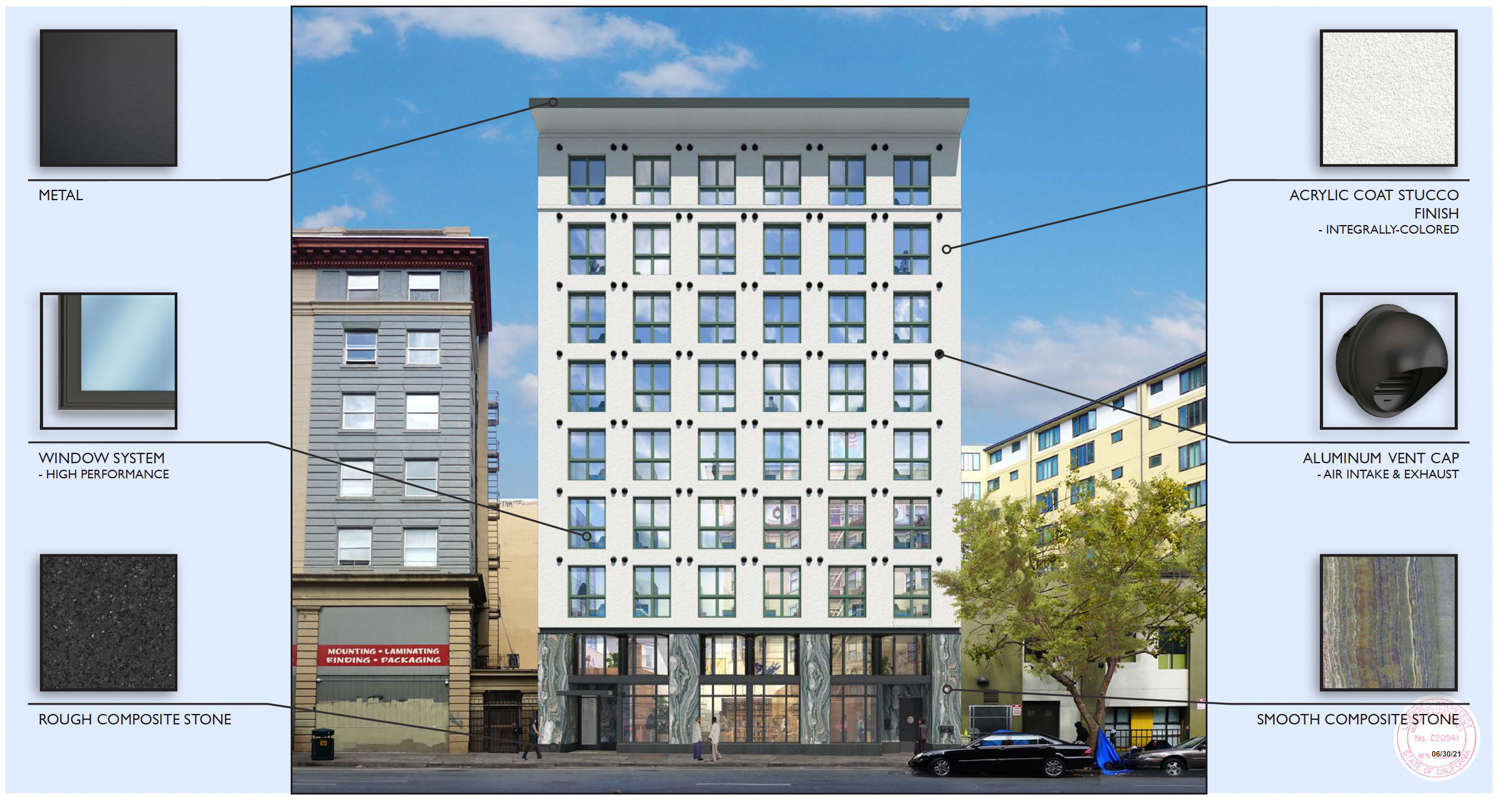 The project will pack 101 space-efficient studio units, which includes a folding sofa and wall-bed, folding desk, and clerestory mirrors around the edge of the bedroom to visually expand the space. Unit sizes are an average of 220 square feet. Amenities will include parking for 45 bicycles, a community room and kitchen (units will have private kitchens as well), rear yard, and the rooftop deck.The skyline-viewing terrace will include seating, a community table, and tables shaded by solar panels. 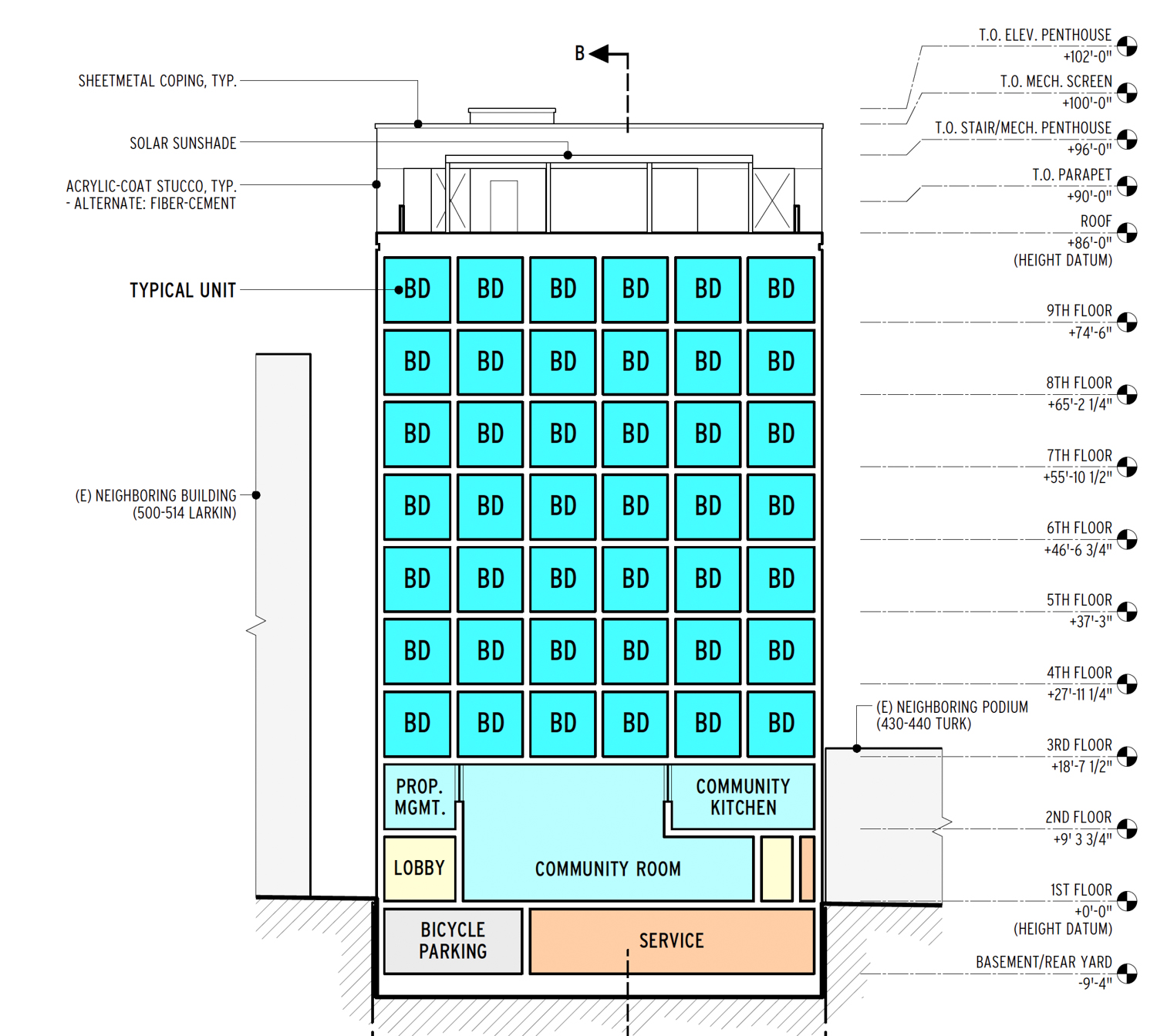 The project benefits from the recent move to increase the state’s density bonus for affordable housing, increasing the base units allowed from 67 to 101. 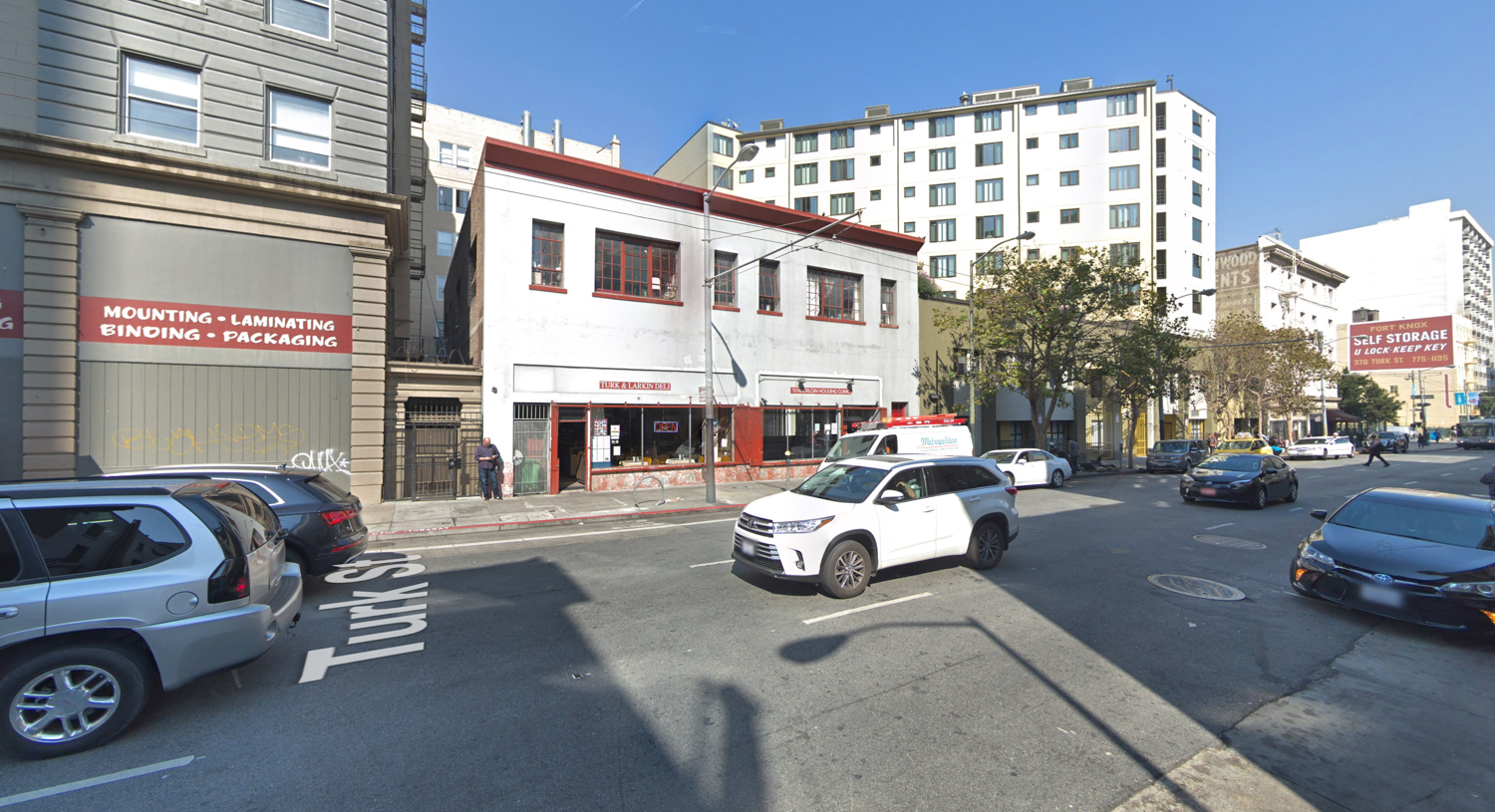 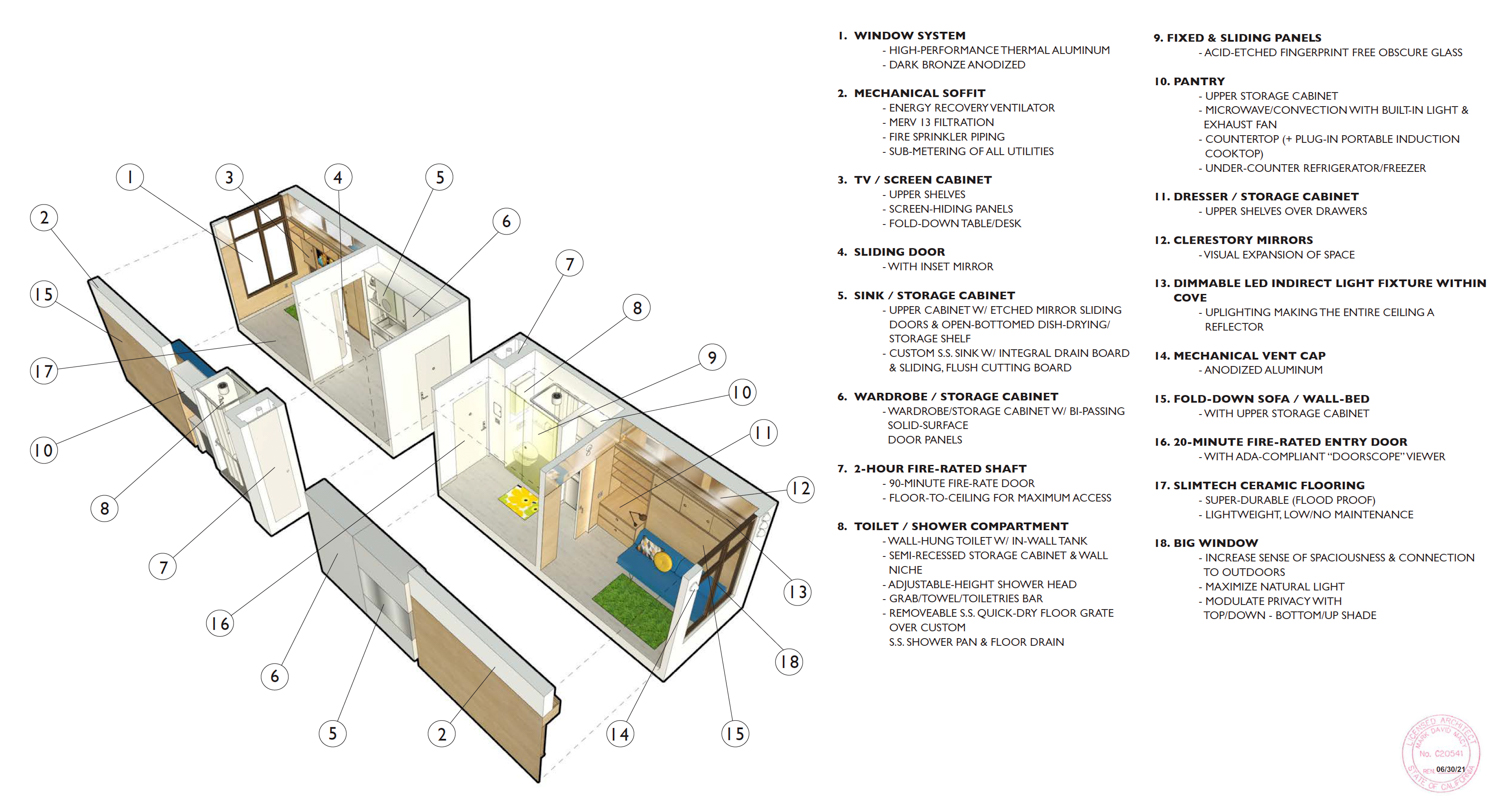 The construction timeline has not yet been announced. The project will head to the San Francisco Planning Department on February 25th to approve Conditional Use Authorization for its height and the State Density Bonus waiver.

Be the first to comment on "Renderings Revealed for 468 Turk Street, Tenderloin, San Francisco"