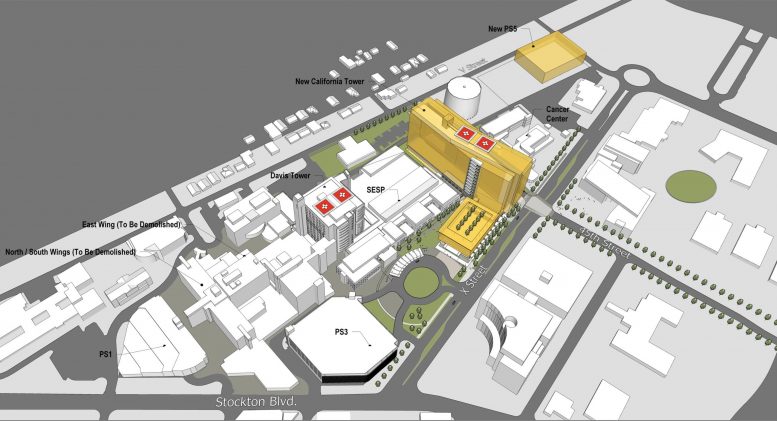 The UC Davis Medical Center in Sacramento proposes campus expansion and splendid refurbishing of its Intensive Care Unit space under a $3.75 billion construction proposal. The project proposes to construct a new sixteen-story hospital tower that will replace the 120,000-square-foot east wing of the hospital and parts of the north and south wings of the hospital. Permits revealed that a new parking structure and a five-story pavilion are also planned adjacent to the existing medical center. The project is proposed to cover an area of 1 million square feet.

Named as California Tower, the new structure will include rooms that are functionally adaptable which means that all rooms are designed as ICU-capable rooms that can be used to care for patients of any acuity level, in case of emergency surges in critical care. The new hospital tower will also have the capacity to surge to a total of 450 ICU beds. Currently, the UC Davis Medical Center has 84 ICU beds, with the ability to increase its capacity to about 200 ICU beds, if required. The existing east wing has a capacity of 175 beds which is proposed to be changed to 700 beds.

According to UC Davis, the planning and design for the project are expected to take three years, with early construction efforts starting in late 2021 and detailed design phases continuing through 2023. The new tower facility will be located on existing parking areas and fit within the medical center’s planned footprint. It will be built near the corner of 45th and X streets.

The project is a part of a plan that proposes an infrastructural expansion plan at UC Davis, details of which can be read here.

Be the first to comment on "$3.75 Billion Campus Expansion Planned For UC Davis Medical Center, Sacramento"