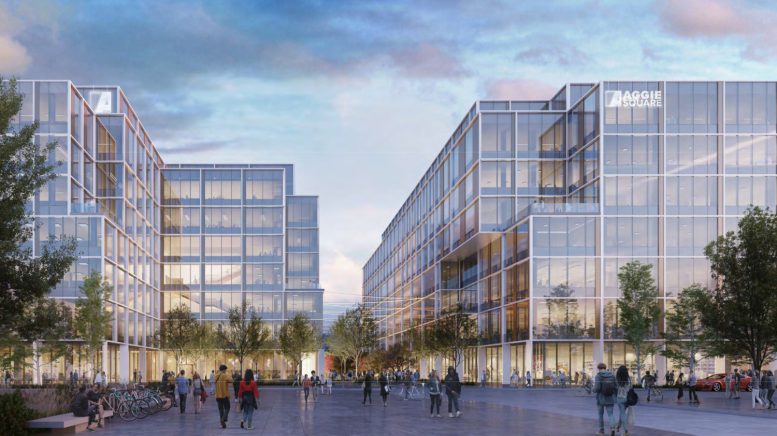 Plans for a 1.38 million square foot addition to UC Davis’s Sacramento Campus have been approved by the University of California’s Board of Regents. With the decision made just weeks after the City Council also approved the development, their decision paves the way for the school to begin construction on phase one by early next year. The project, to be built at 2751 Stockton Boulevard in Sacramento, will produce a public plaza connecting four new buildings with housing, office space, and new research capacity. UC Davis picked Wexford Science & Technology and GMH Capital Partners to be joint developers of the project. 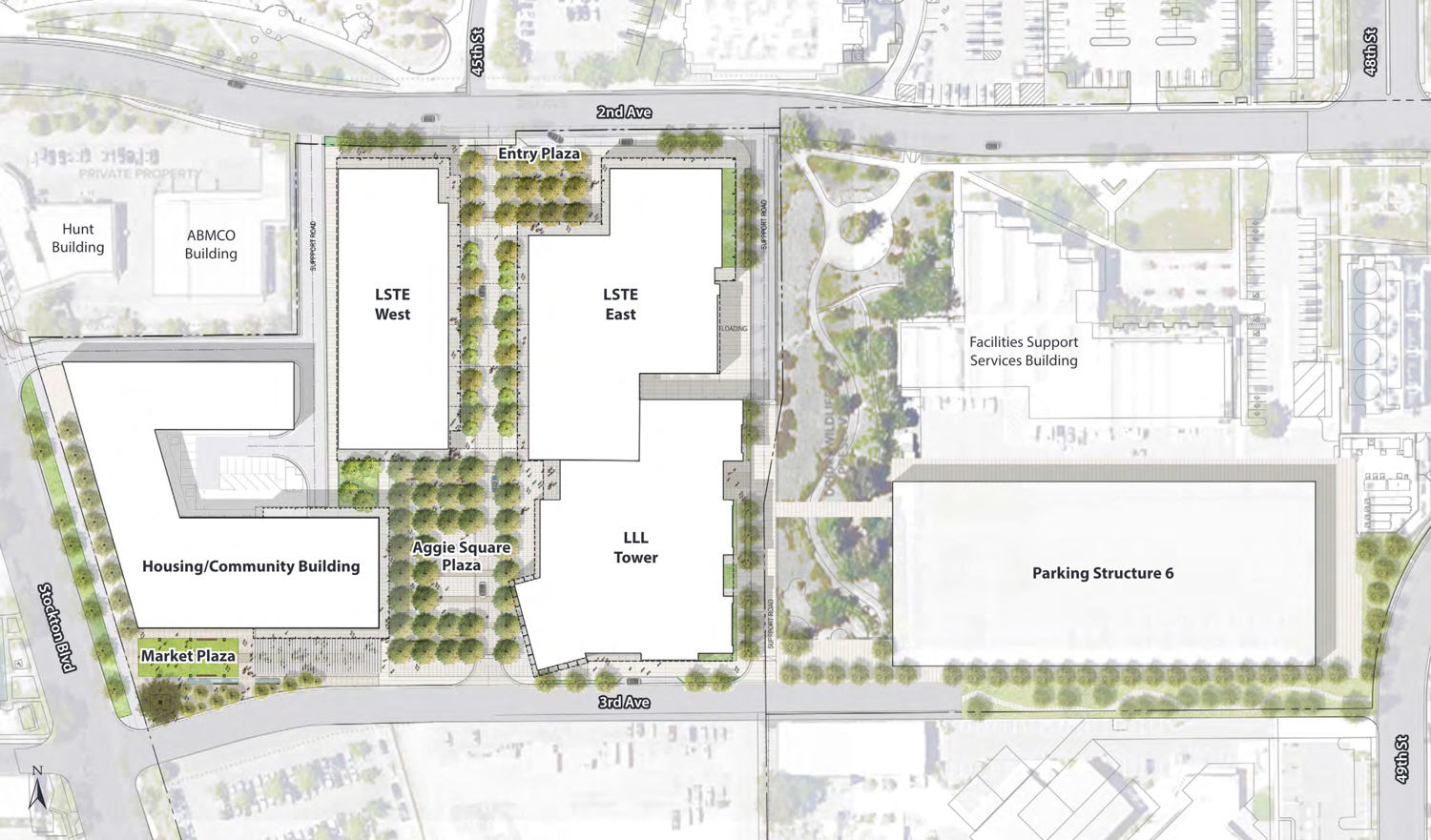 The project will be the first of a few phases to alter 25 acre, and is the only phase for which detailed plans have been released. 8.25 acres of predominantly vehicular infrastructure will be transformed for phase one. UC Davis hopes the program can be a crossroads for the rest of the city. It will provide facilities for people inside and outside the University alike, writing, “the creation of welcoming public spaces, gardens, and experiences is intended to establish Aggie Square as a destination for residents, students, staff, and the general public.” 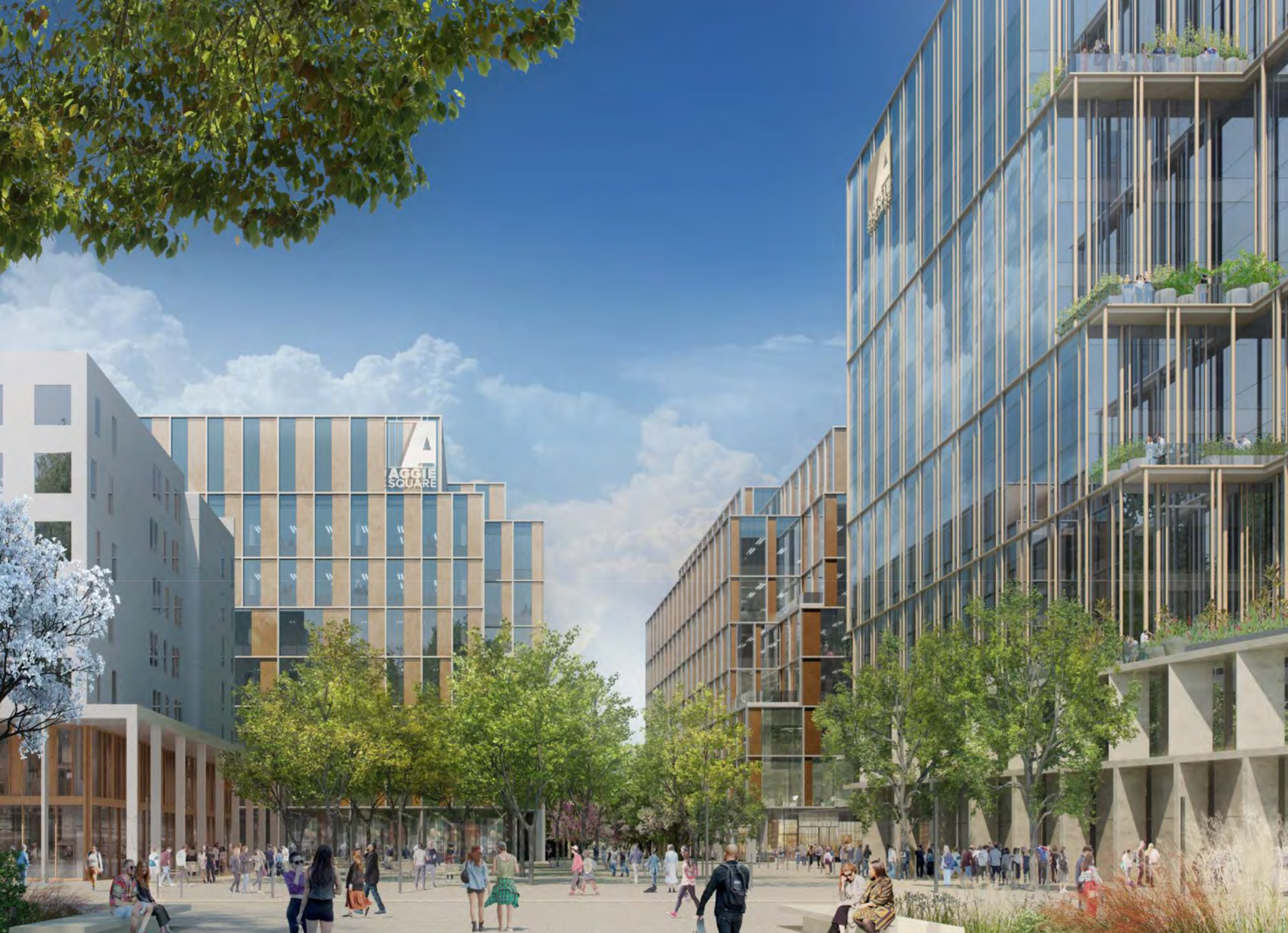 Life Science Technology Engineering West and East will be dedicated to research use. They will both rise nine stories to a pinnacle of 125 feet. The former will contain 324,000 square feet, with the latter netting 387,000 square feet. Their combined 711,000 square feet will be used to house research and project investments. Planning documents describe the buildings:

“Research activities at the Sacramento campus currently generate investment and interest in co-location by businesses in the fields of cell and gene therapy, genomics, and next-generation sequencing, and advanced imaging modalities. Many of these businesses have expressed a strong demand for additional space that is not yet available on the Sacramento Campus and that would be provided by the Aggie Square Phase 1 project.” 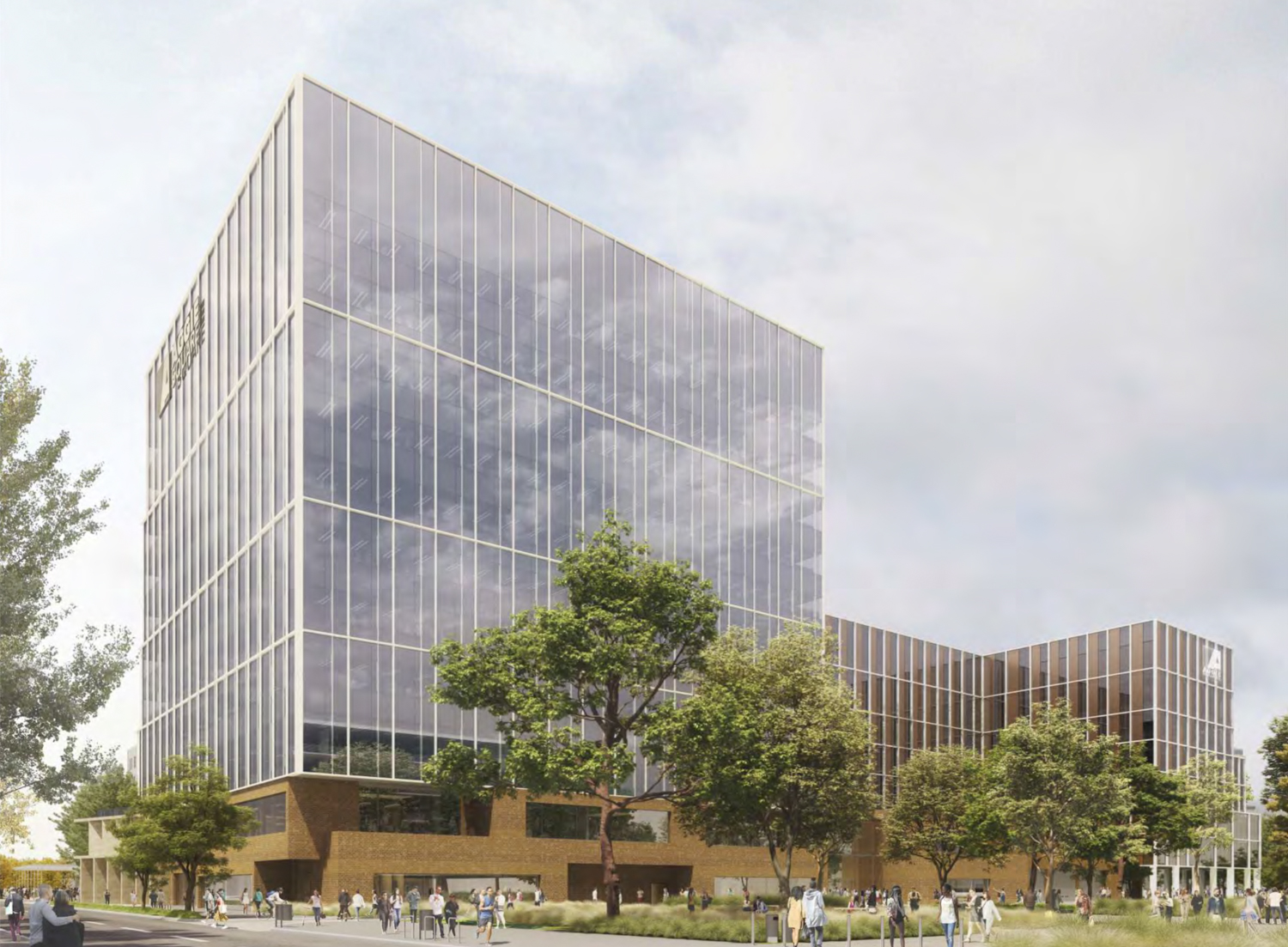 The tallest structure will be the Life Learning Tower, contributing 390,000 square feet for predominantly office use within its 13 stories 158-foot envelope. Other functions include classrooms and co-working spaces. The fourth addition is the Housing and Community building, producing 324 multi-family-sized housing units. The lodging will be for undergraduates, medical students, nursing students, faculty, staff, and affiliates. The ground level will produce 40,000 square feet dedicated to community use, such as a food hall, farmers market, event space, and market plaza. 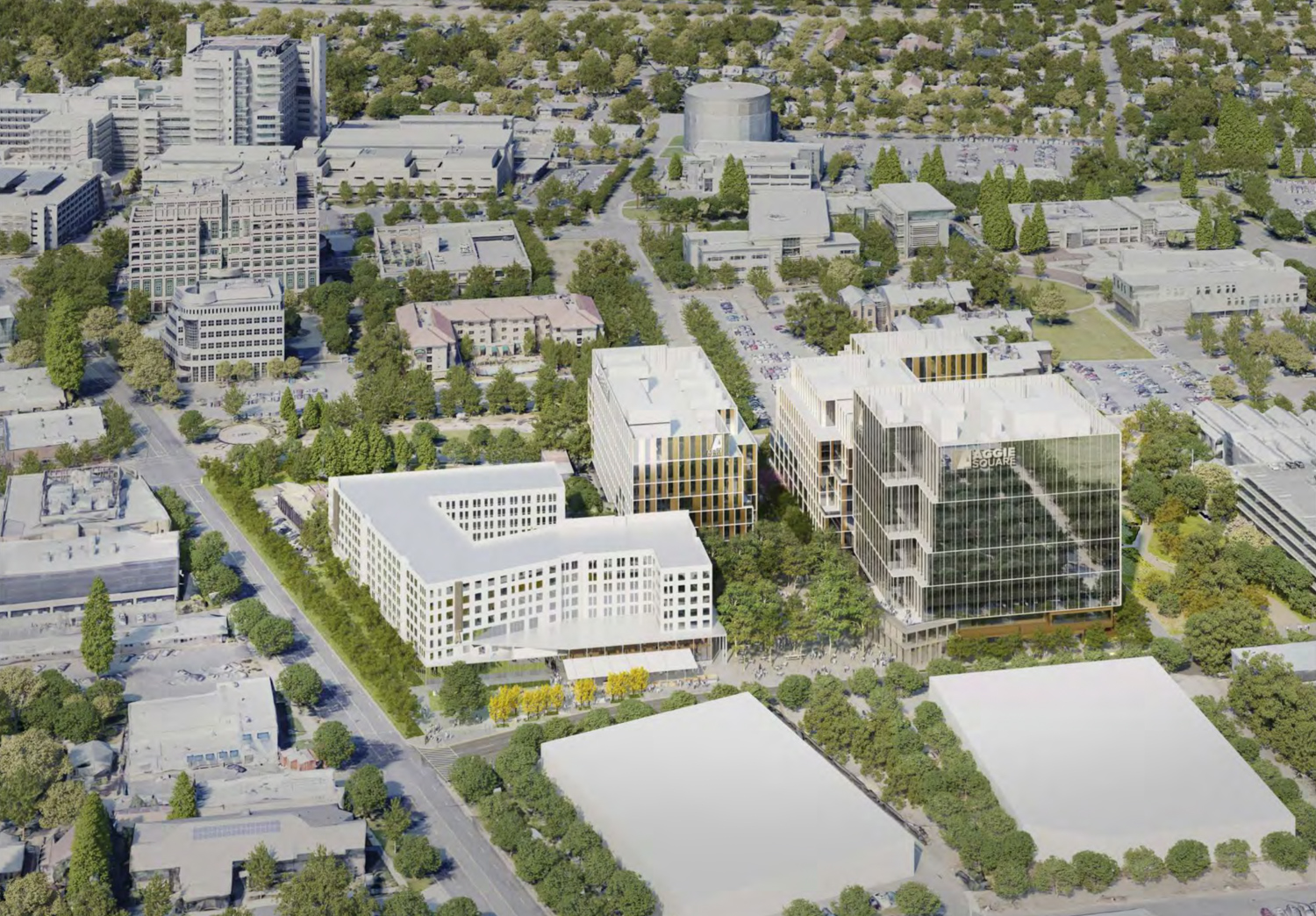 On top of the 1,384,500 square feet of building space, the development includes over half a million square feet dedicated to parking. 1,490 parking spaces will be included. The site is expected to see 4,474 people each day, or 1.6 million in a year.

ZGF Architects is responsible for the design. The Portland-based architecture firm incorporates three distinct facade styles to define each building. The residential block will have small windows compared with the floor-to-ceiling windows and vertical metal panels of the engineering offices and the full curtainwall skin wrapping the Learning Life Tower. 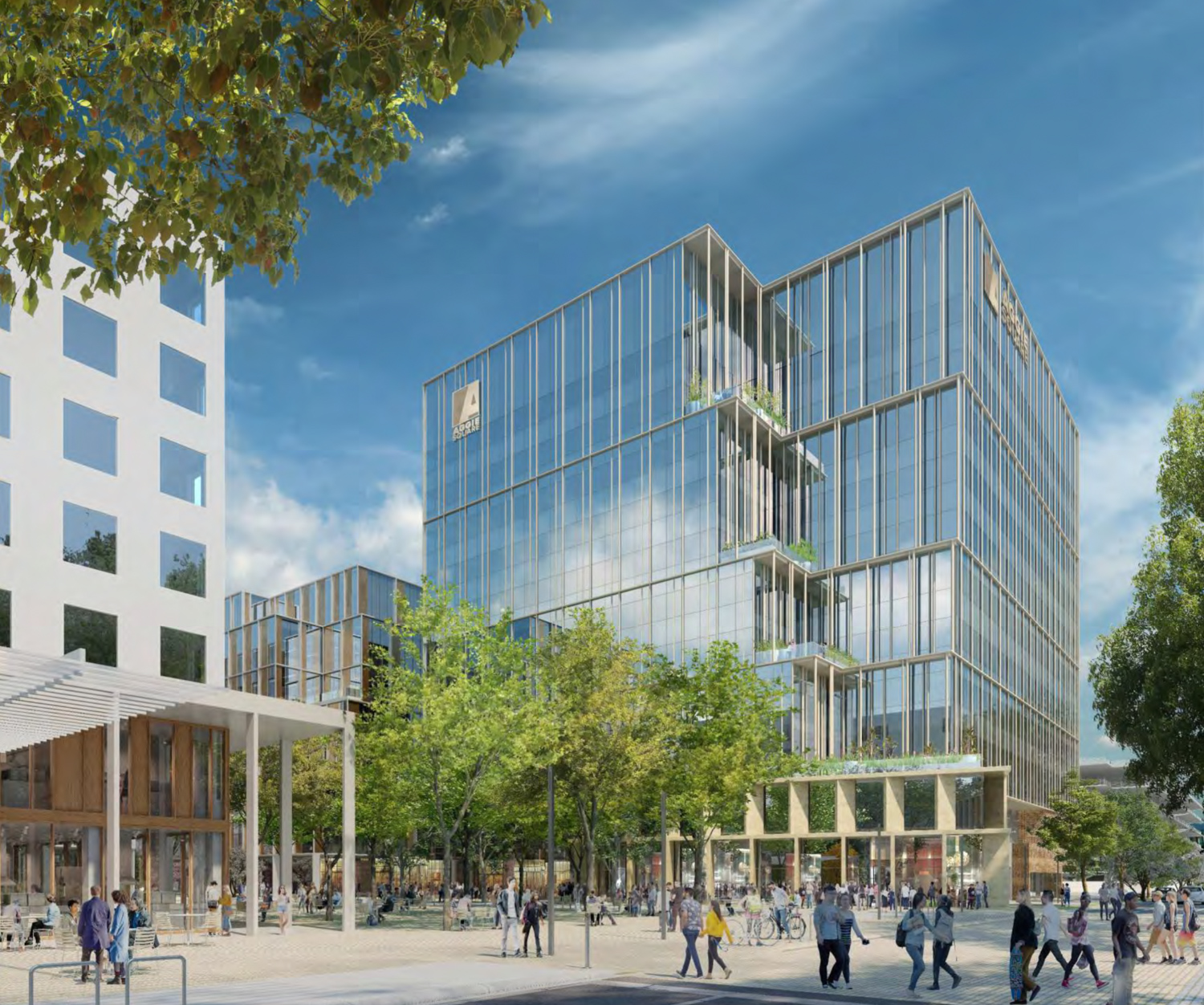 The building is expected to receive the LEED Silver certification. 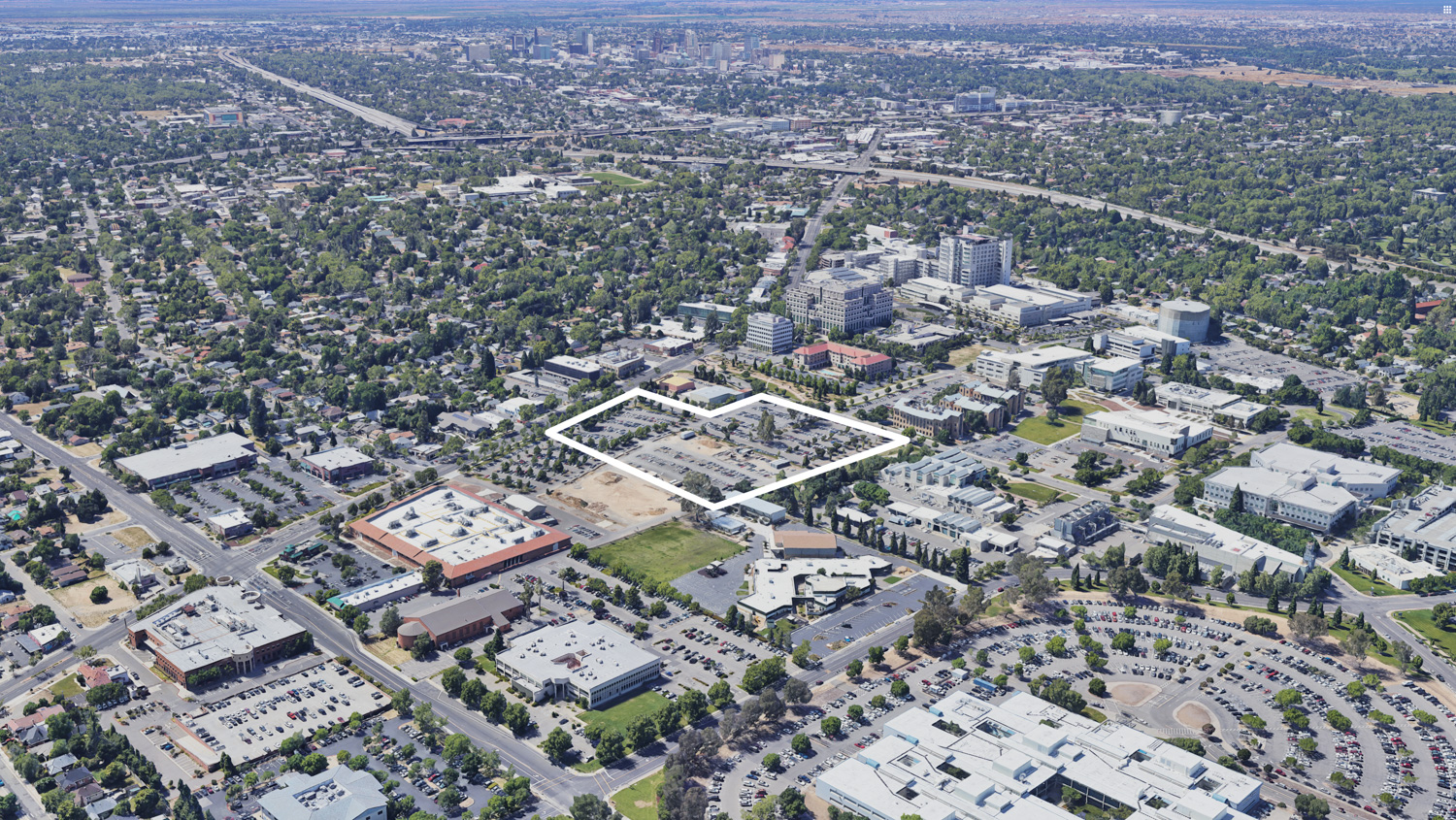 An economic impact report found that the Aggie Square development, if completed in full, could result in an ongoing annual economic impact of $4.9 billion thanks to involvement with academia, industry, and collaborative facilities. Groundbreaking is expected in 2021, with no estimated completion date announced.

1 Comment on "$1.1 Billion Aggie Square Development Approved by UC Board of Regents"