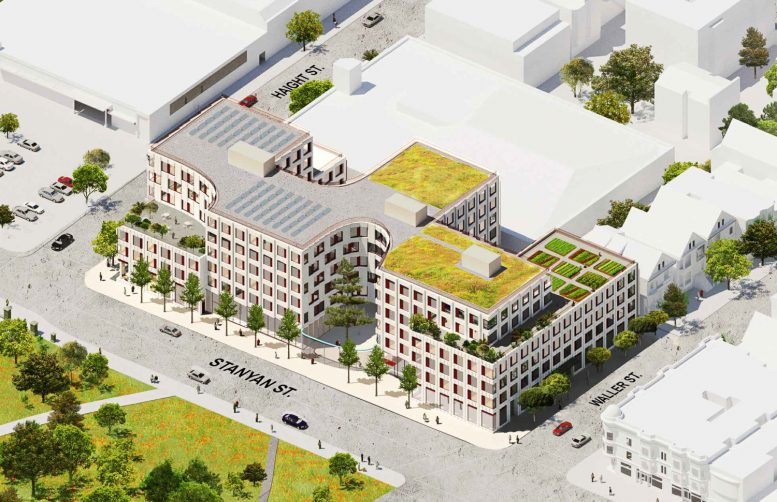 New building permits have been filed for the six-story residential development at 730 Stanyan Street in the Haight-Ashbury neighborhood in San Francisco. The project will create 120 affordable units for low and middle-income households, focusing on providing housing to the unhoused. The internationally acclaimed OMA is responsible for the building design. 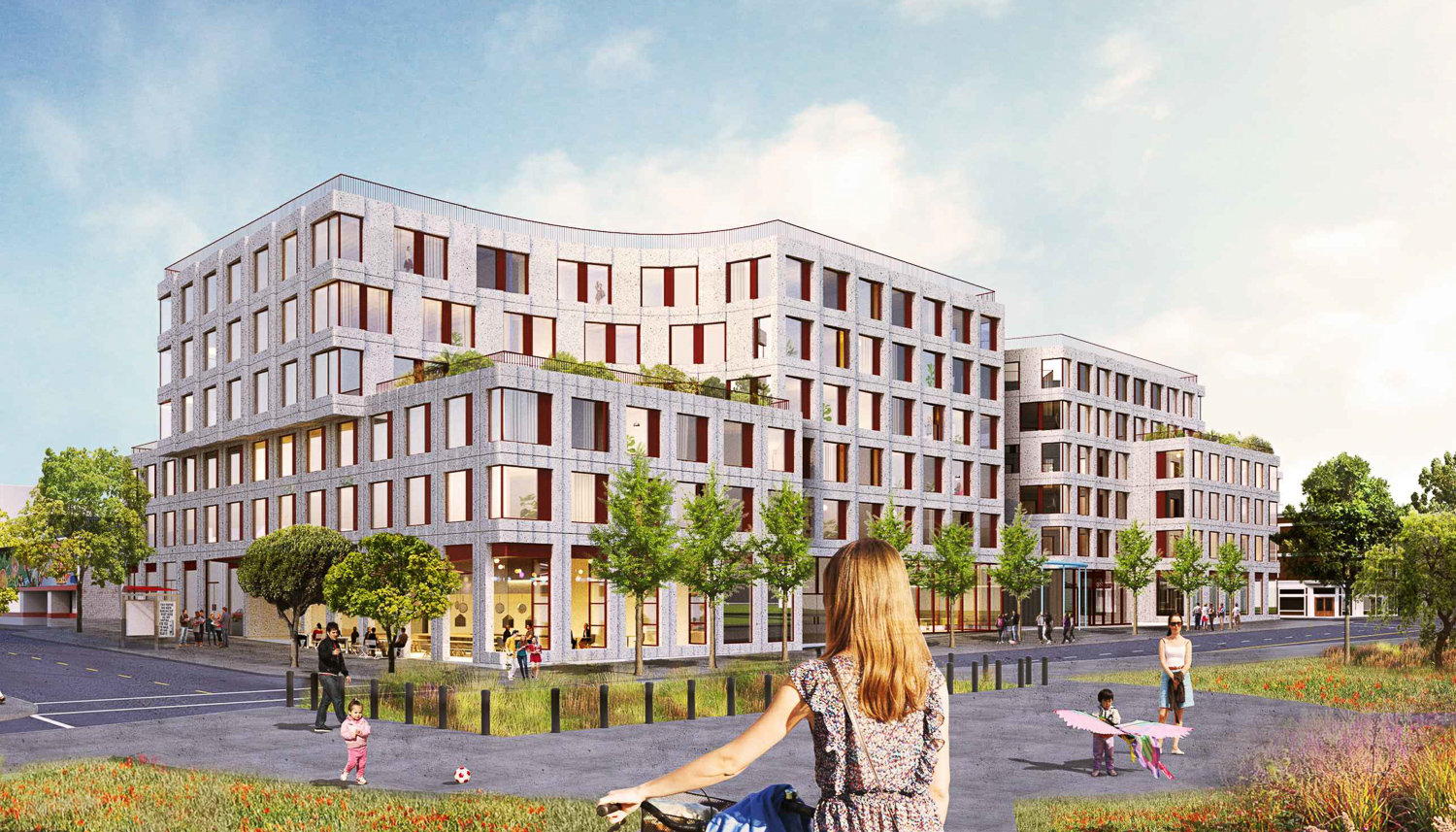 City records show that the property sold in 2018 for $15.5 million, while the building permit filed shows construction costs are estimated to be at $60 million. Demolition permits were filed for the single-story McDonalds structure in September of 2019 and followed through in February 2020. The full budget for development is not known. 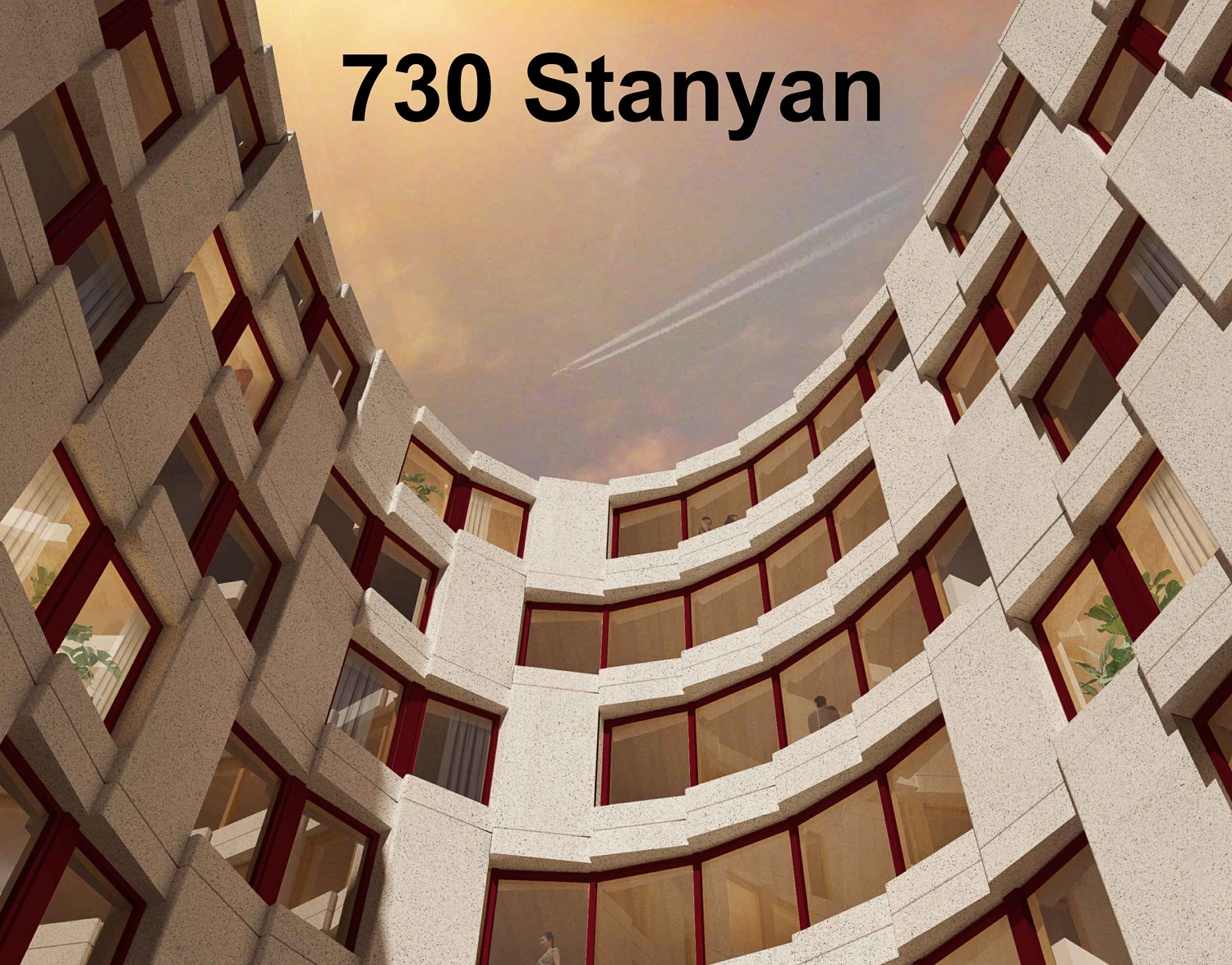 730 Stanyan Street closeup of the facade, design by OMA

OMA is the project’s design architect. Though the firm is active in New York, 730 Stanyan Street is just OMA’s second significant addition to San Francisco. Their first project was the Avery, a 56-story condominium tower that includes affordable housing managed by the TNDC. With 730 Stanyan Street, OMA has introduced a striking design directly across from the city’s iconic Golden Gate Park. The building is clad with glass fiber reinforced concrete panels and floor-to-ceiling windows highlighted by a deep red tone evocative of the Golden Gate Bridge. 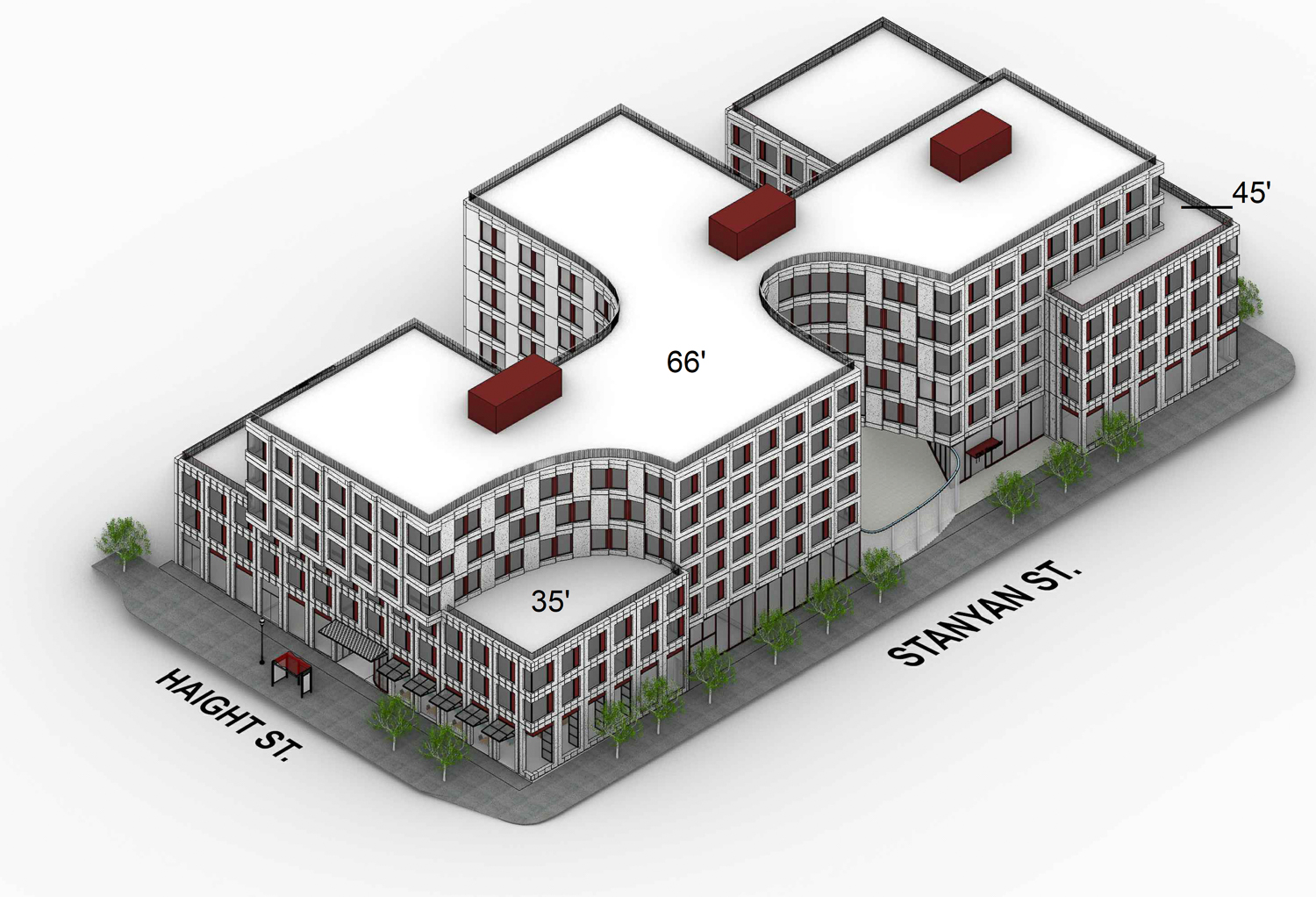 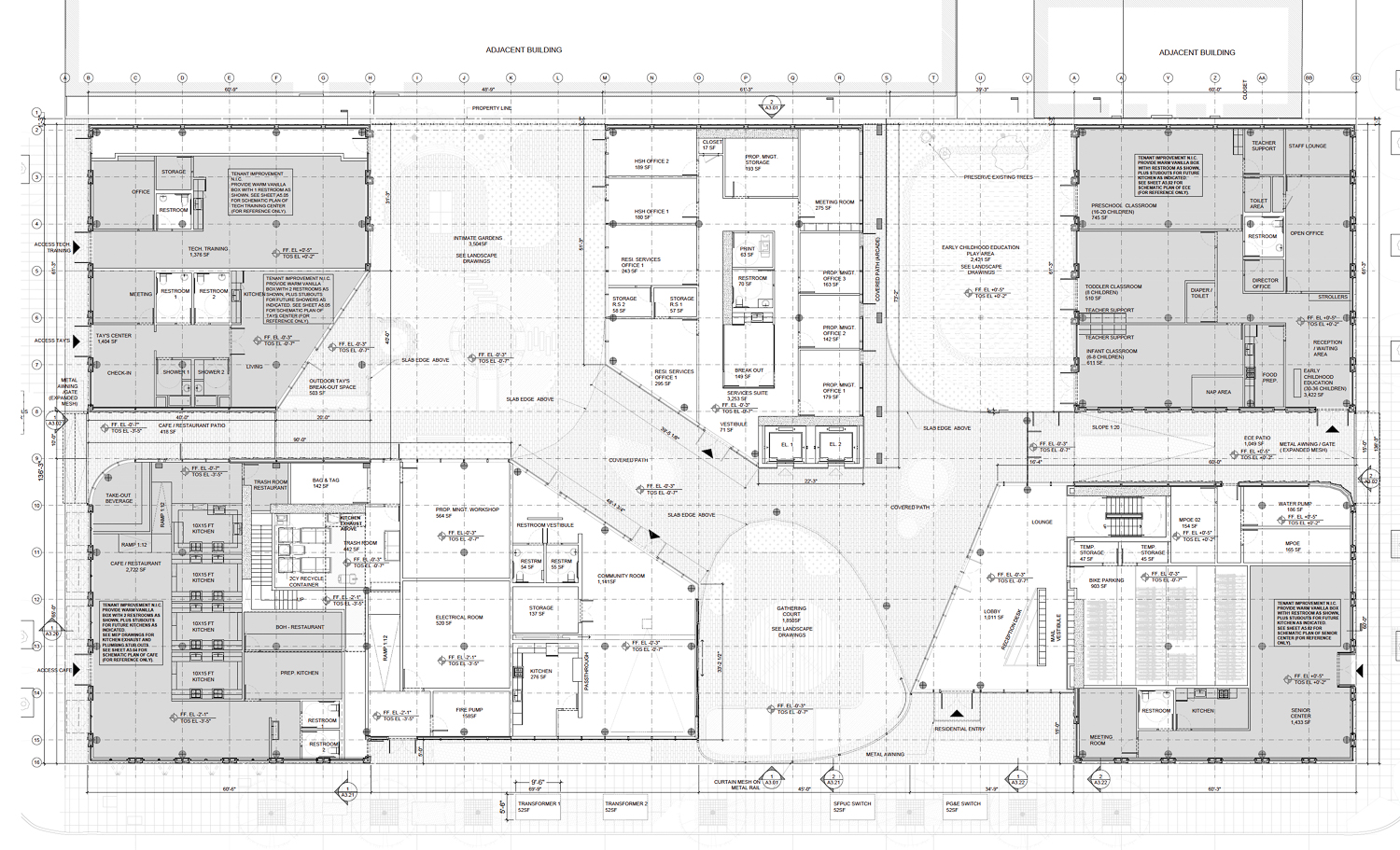 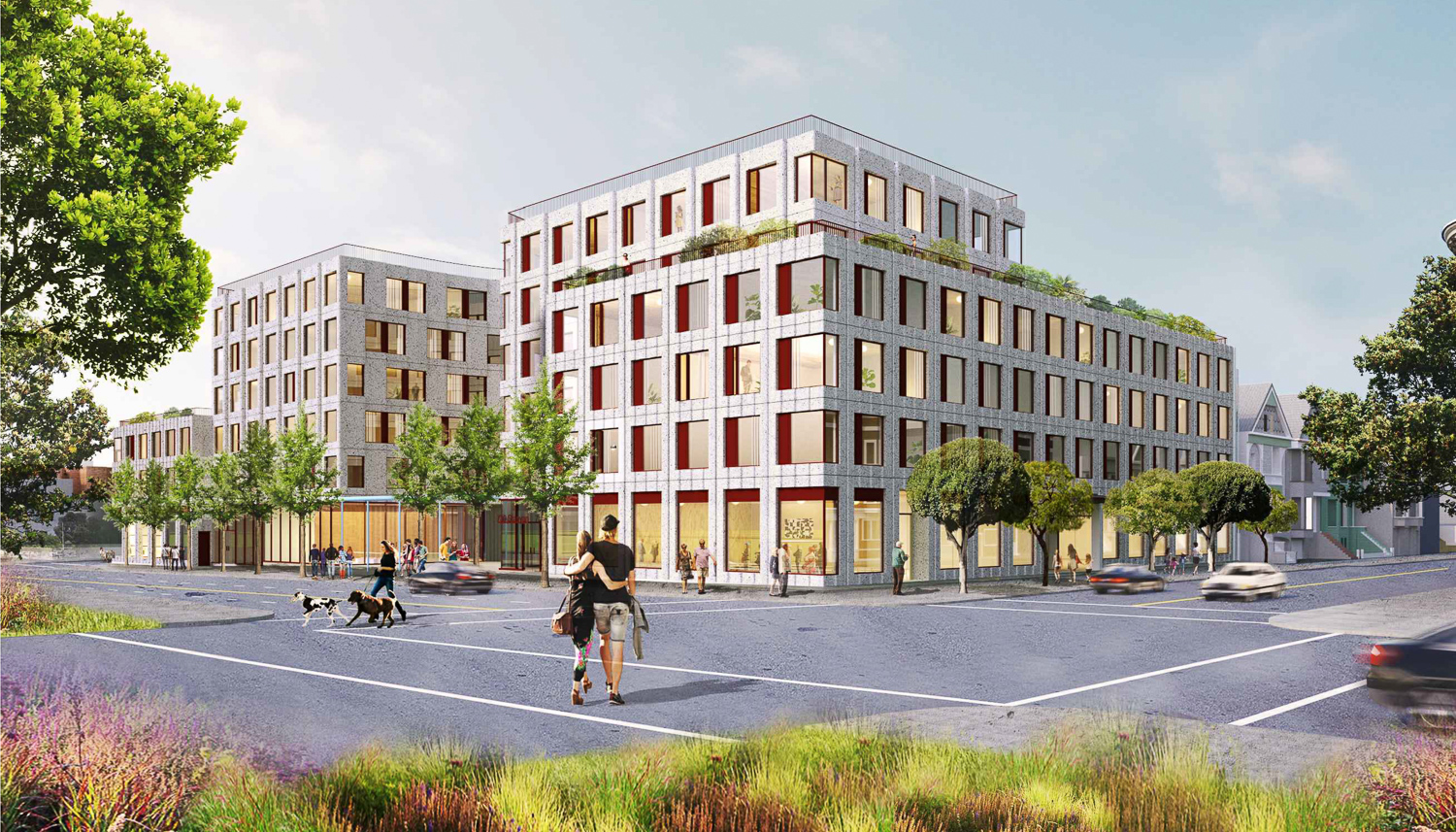 The property’s ground level will host several community-oriented non-profits. Initial plans do not specify organizations to occupy the five commercial spaces at ground level. The developers do intend to create the facilities for a childhood education center, a drop-in center for Transitional Aged Youth, a community technology training center, a senior center, and a food incubator with affordable food sold in a cafe/restaurant venue. 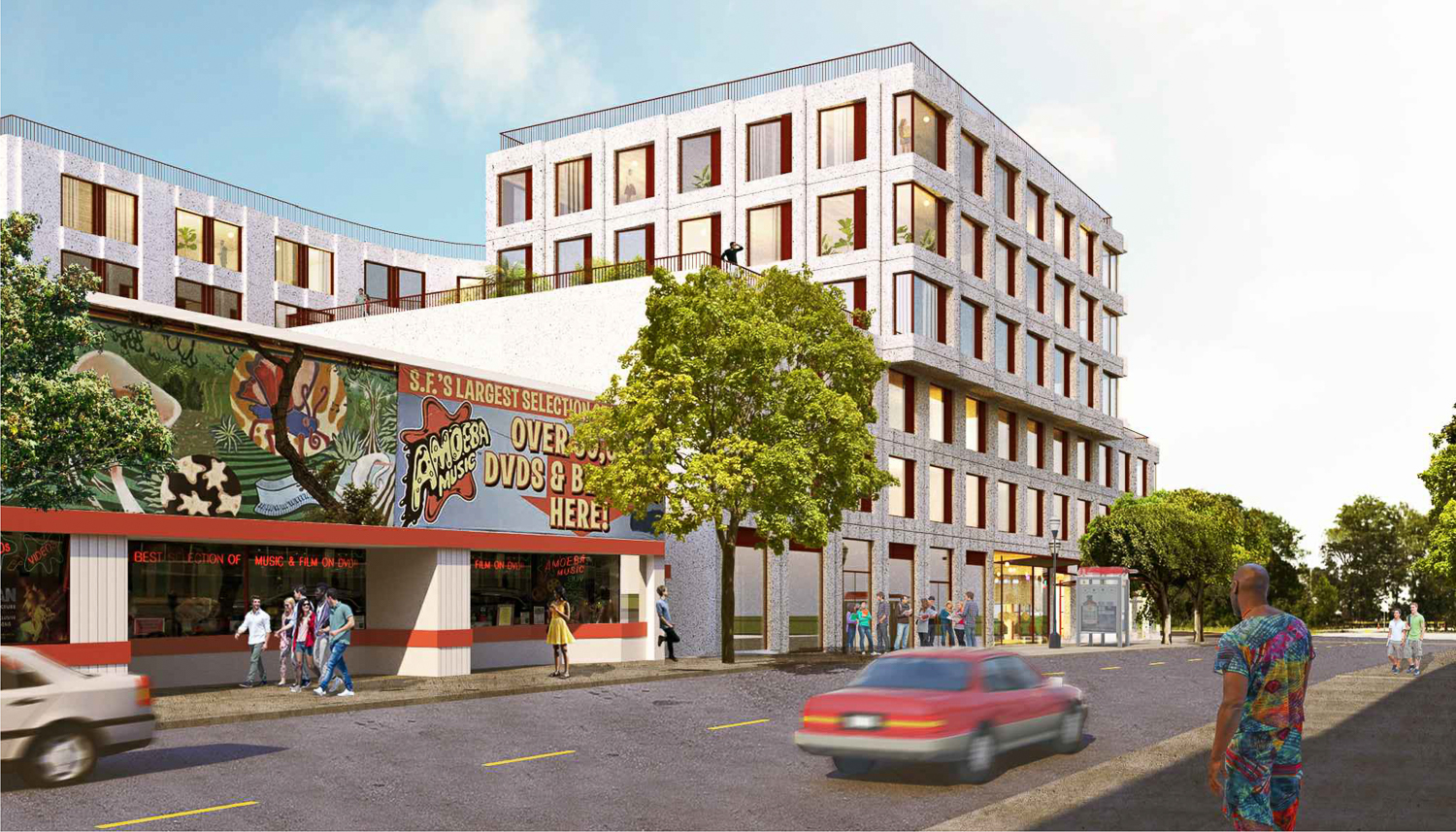 730 Stanyan Street view from the northeast corner on Haight Street, design by OMA

Residents will have access to a 1,140 square foot community room and 3,500 square foot intimate landscaped garden mid-block at ground level. The developers will create a total of three landscaped open areas at ground level. Higher up in the structure, a fourth-floor terrace will provide a park-facing lounging deck, and a fifth-floor terrace will provide planting beds for urban agricultural production. 7,560 square feet of the top roof will be covered by living greenery, and 7,200 square feet will be prepped for solar panels. 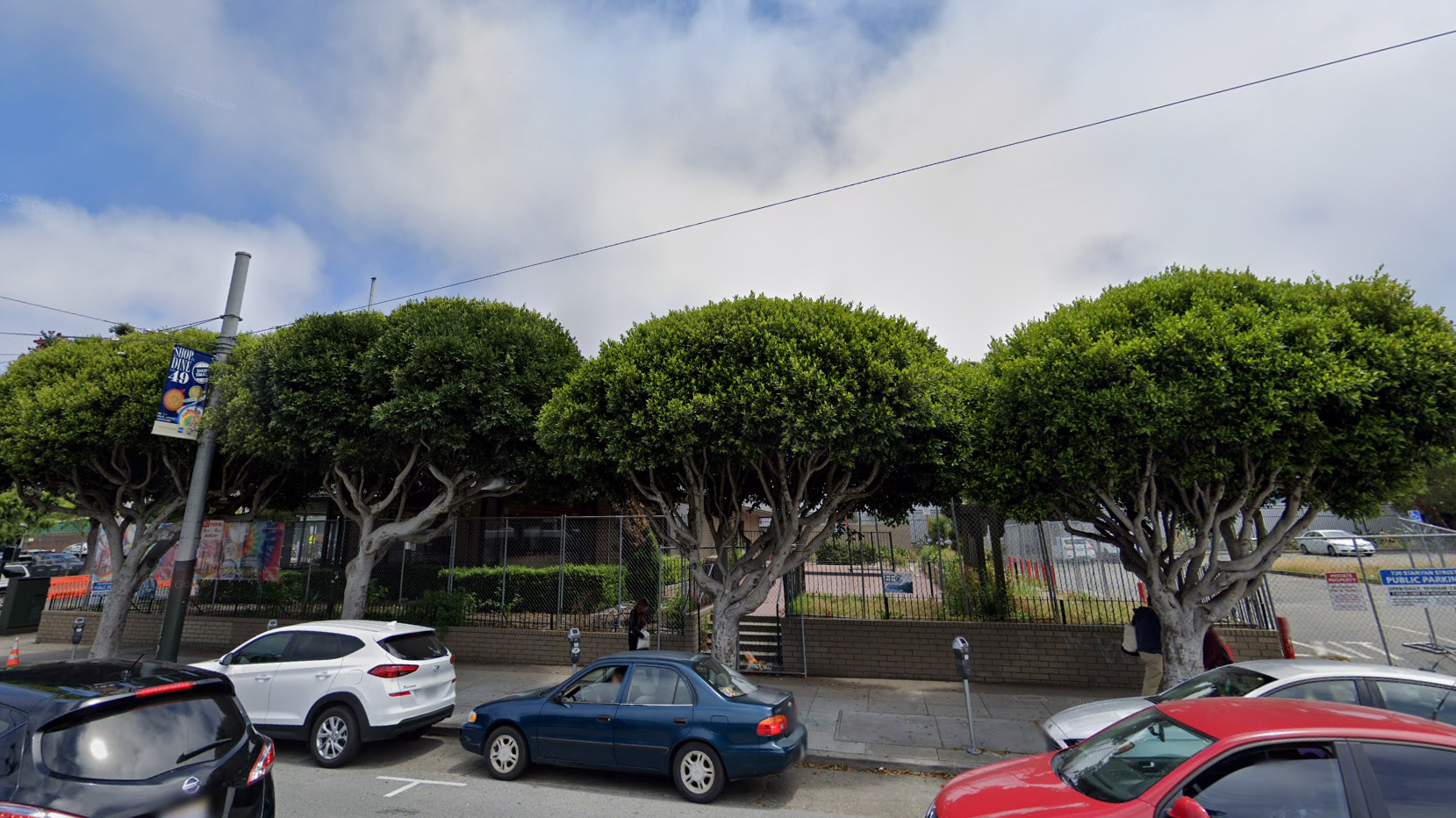 Planning documents expect that construction will last 20 months from groundbreaking to completion, with 6,300 cubic yards of earth excavated from the site. The design and permitting process is expected to last until mid-2022. Groundbreaking is expected by mid to late 2022, and move-ins by 2024. Applications will be open shortly before move-in.