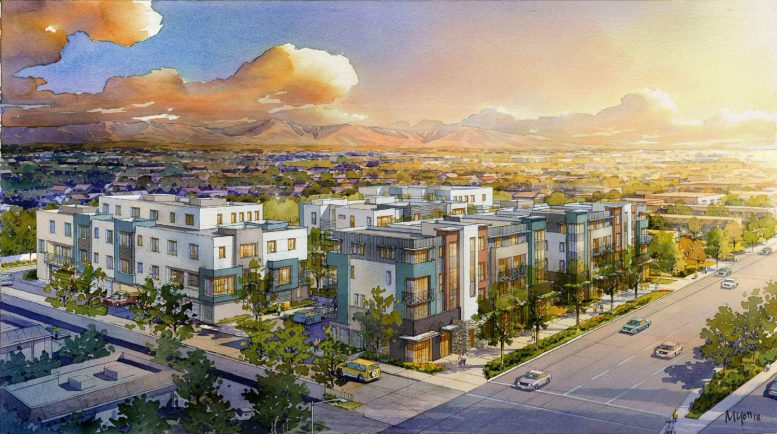 Development plans have been approved for the low-density apartment construction of 48 units at 3035 El Camino Real near Koreatown in Santa Clara. The project will add 48 units across four three-to-four story structures, adding a minor but significant contribution along the commercial thoroughfare of a suburban area. The Los Gatos-based Hayden Land Company is the project developer.

The 51-foot development will create 48 residential units divided between 42 townhome-style condominiums and six live-work condominiums, classifying as 8,190 square feet of commercial space. Ten percent of units, including one of the live-work units, will be designated as affordable housing. 3035 El Camino Real will include 27,440 square feet of private open space on-site and parking for 102 vehicles and 23 bicycles.

The six live-work units will be featured on the first floor of the four-story Building A. The design incorporates a 12-foot tall ground floor with significant storefront glazing to promote signage opportunities overlooking El Camino Real. The expected tenants of these spaces include professional offices or light retail. The building also includes twenty multi-family units. 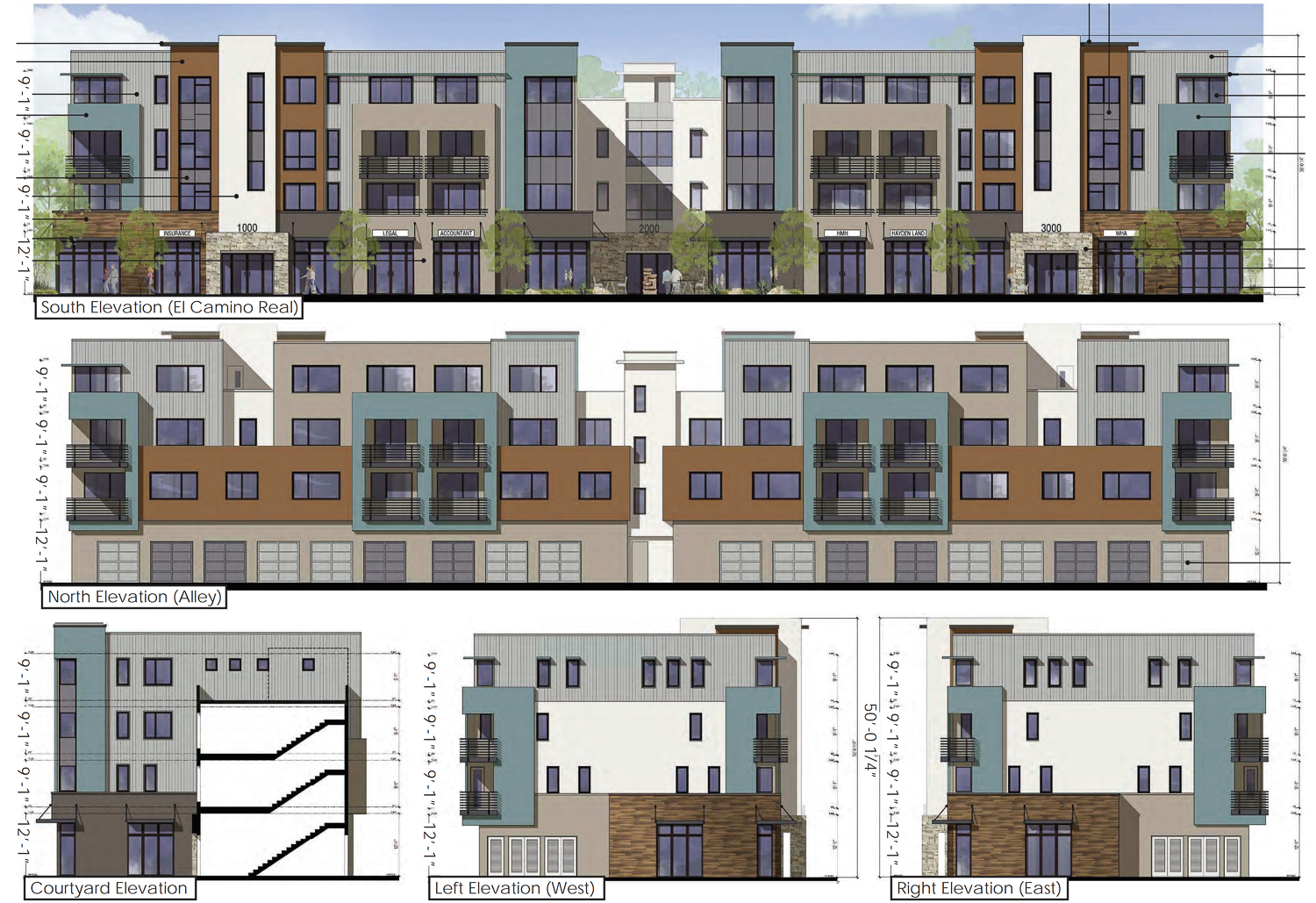 Two other buildings classified as Building Bs will rise to a pinnacle of four floors, with a third-level tapering along the form’s northern portion. Both Building B’s will provide eight units, while the four-story Building C offers six three-bedroom units.

The developers expect to receive the minimum level of LEED certification thanks to the use of electric vehicle charing stations, solar panels on-site, drought-tolerant plants, low-flush toilets, the inclusion of bicycle parking, and other factors.

San Ramon-based WHA is responsible for the architecture, with HMH Landscape Architecture responsible for the landscape. Residential amenities will include a quiet park-like area, lawns, and a picnic area with a barbeque kitchen counter and seating. The building facade is composed of fiber cement, groove siding, and painted stucco. The stucco color palette will range from white and grey to a muted blue and brown. Landscaping will include flowering trees, sycamore street trees, succulents, and shrubs. 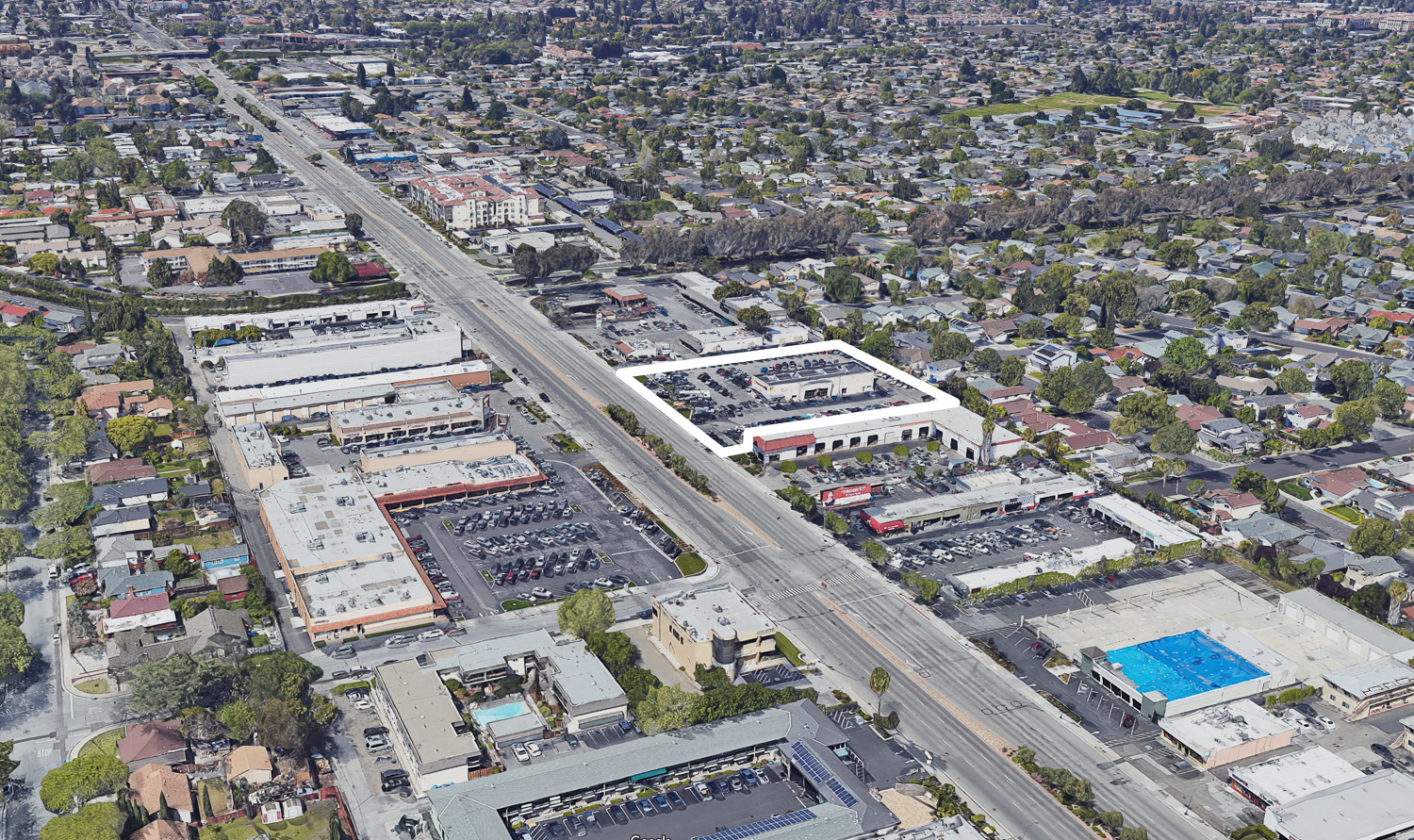 Construction of 3035 El Camino Real is expected to last 16 months, with initial expectations for the project to break ground in April of 2020, which did not happen. A current expected completion date has not been announced. A car dealership last used the site.

The development comes as part of the El Camino Specific Plan. Santa Clara updated the plan to include as many as 8,000 units along the commercial corridor by 2040, of which 1,200 will be affordable.