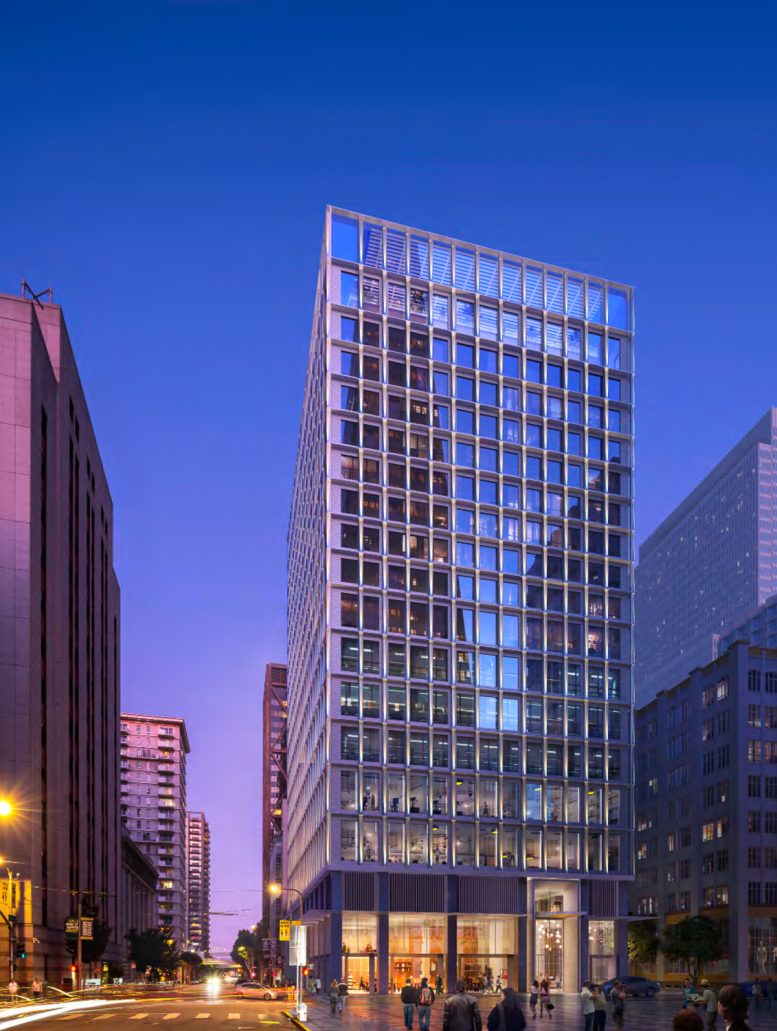 New renderings have been revealed for the 19-story mixed-use tower proposed for 530 Sansome Street in the Financial District of San Francisco. Proposed just a block from the Transamerica Pyramid, the new high-rise would demolish two buildings, retaining the function of an existing low-rise fire station and produce 200 new hotel guest rooms. Related is sponsoring the project through EQX Jackson SQ Holdco LLC with the San Francisco Bureau of Real Estate and the San Francisco Fire Department. 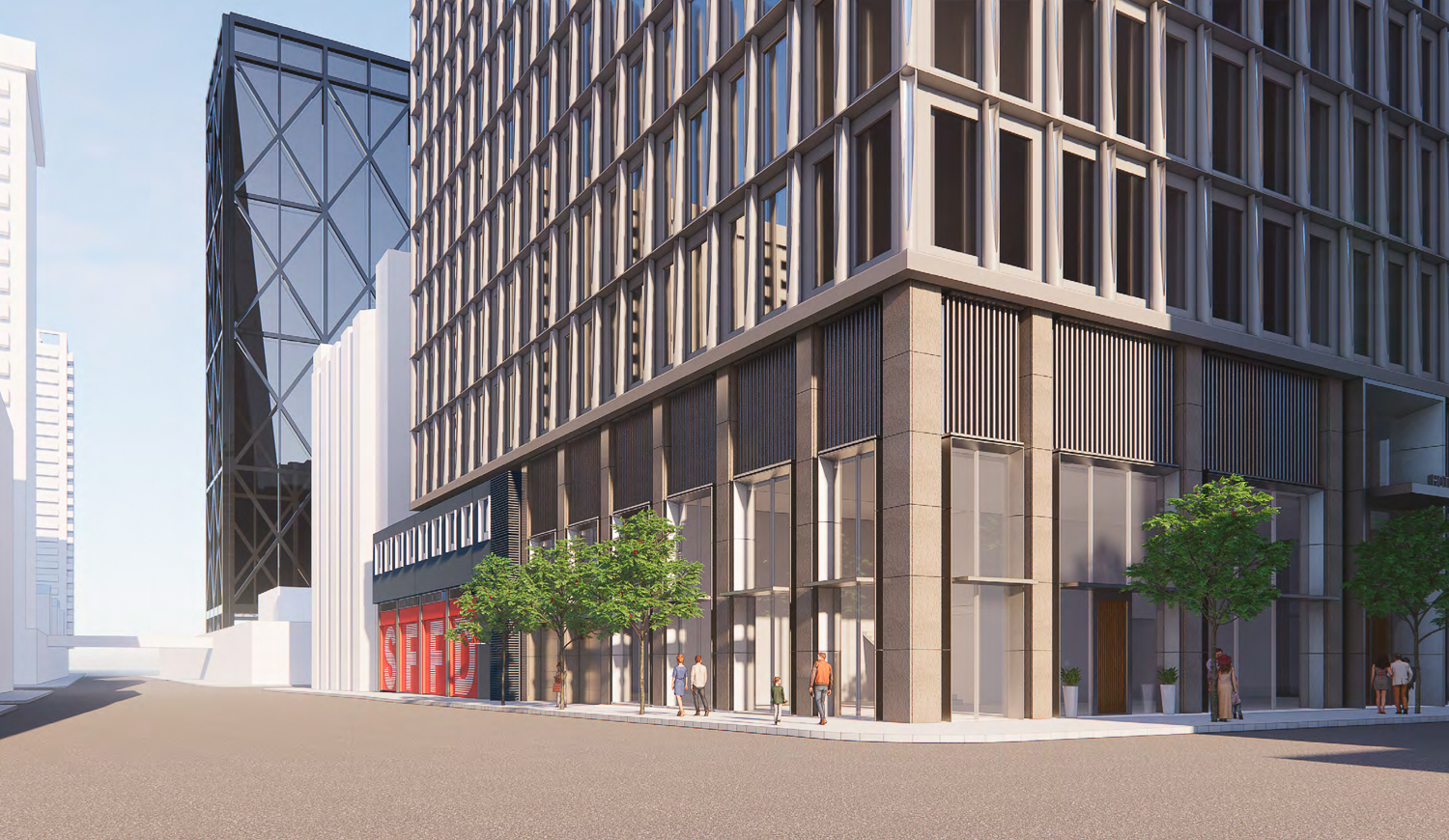 Skidmore Owings & Merrill is responsible for the design. Renderings show that the primary tower has floor-to-ceiling windows and pre-cast panels decorated with horizontal metal fins and distinctive metal pipes with a 14-inch diameter. The ground level makes use of louver screens and reflective surfaces to add aesthetic variation at the street level. 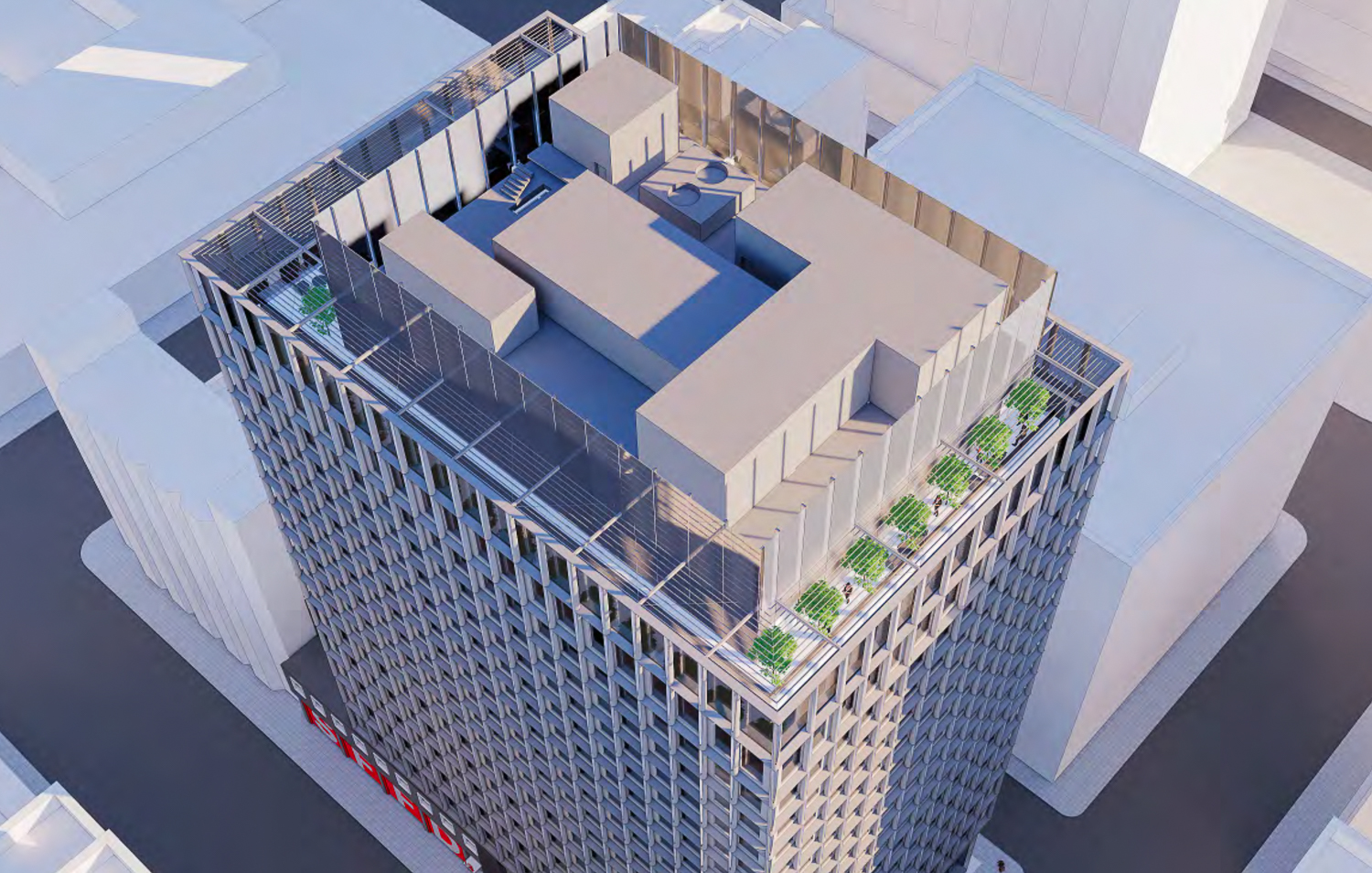 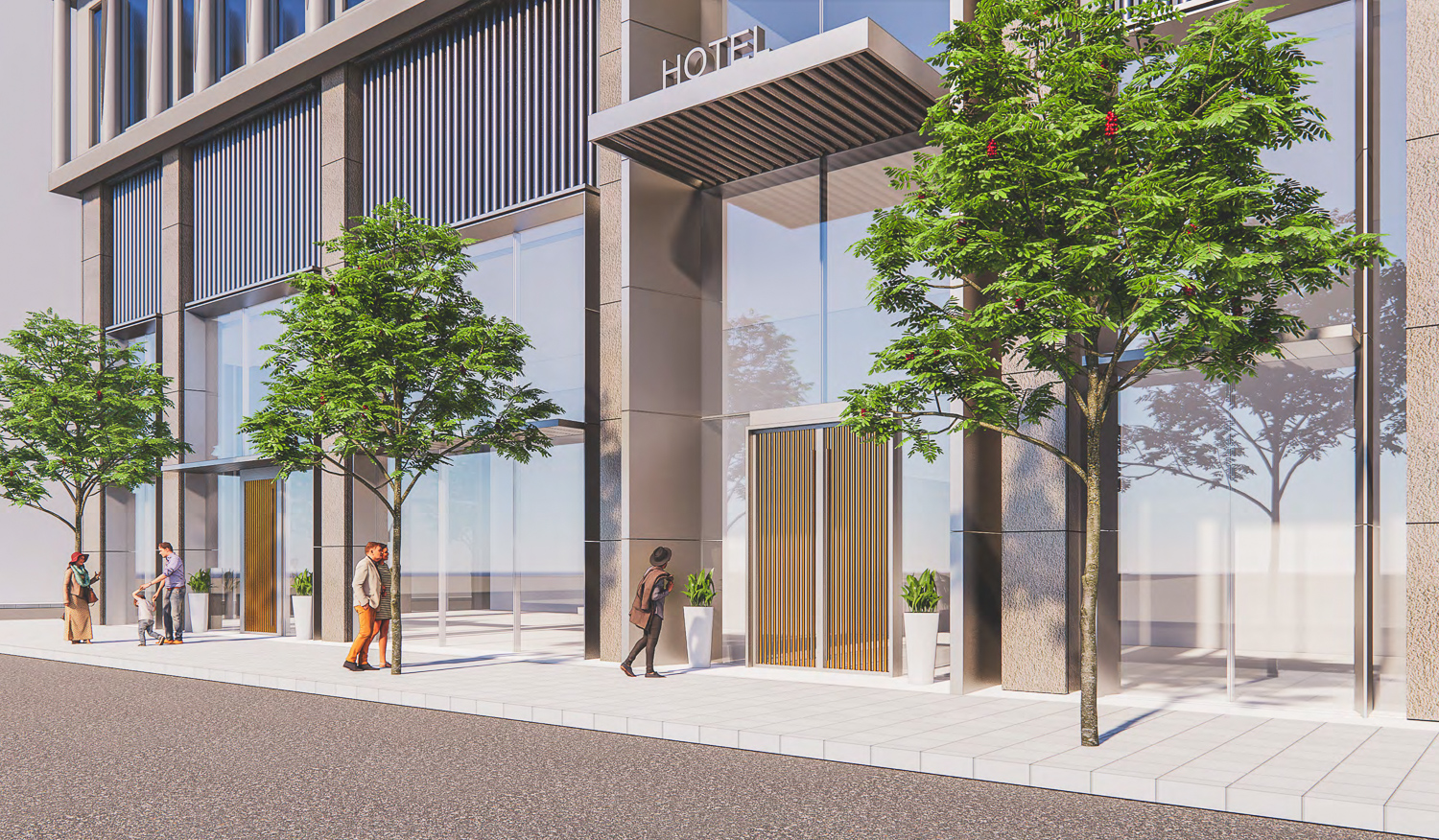 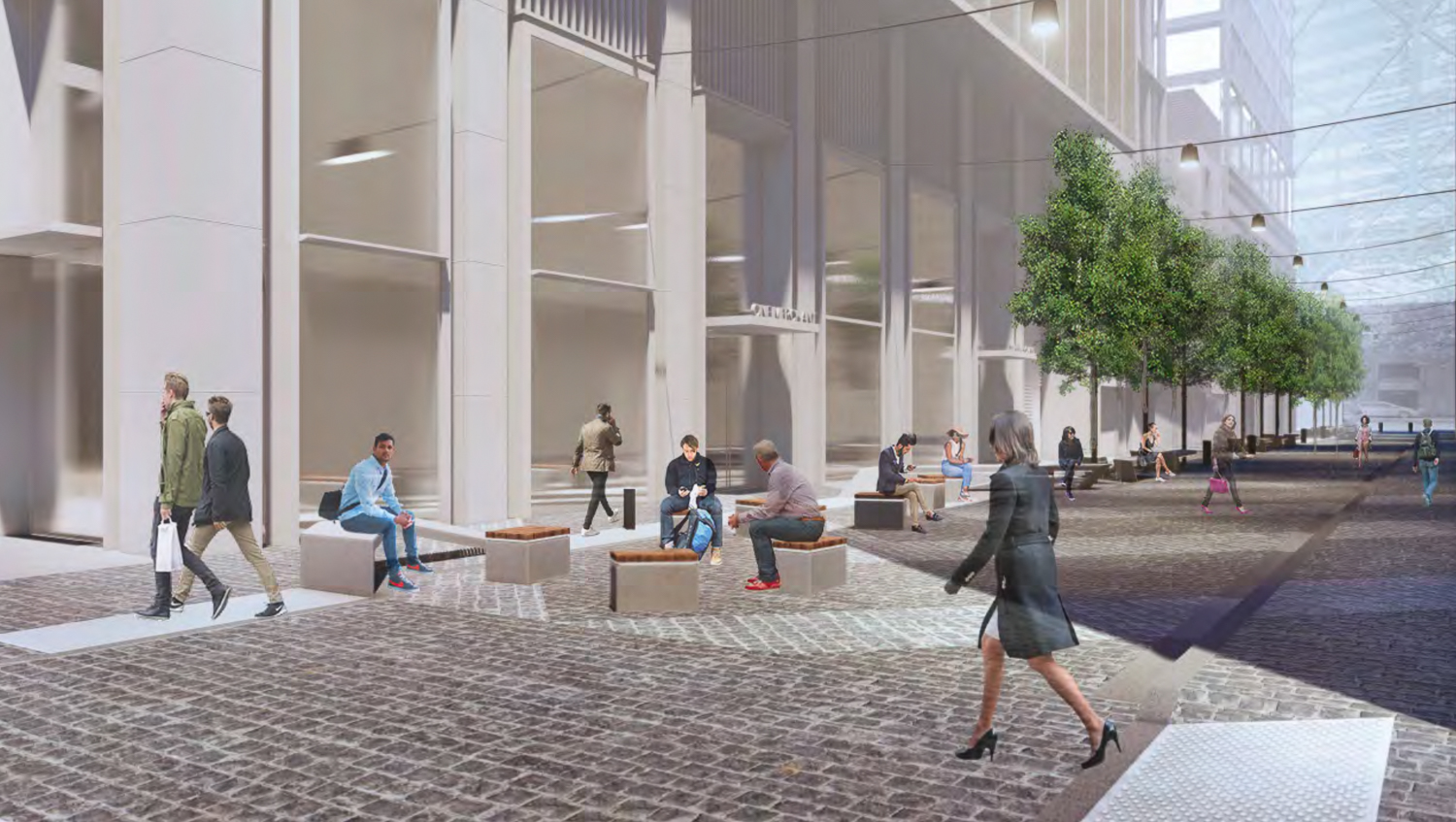 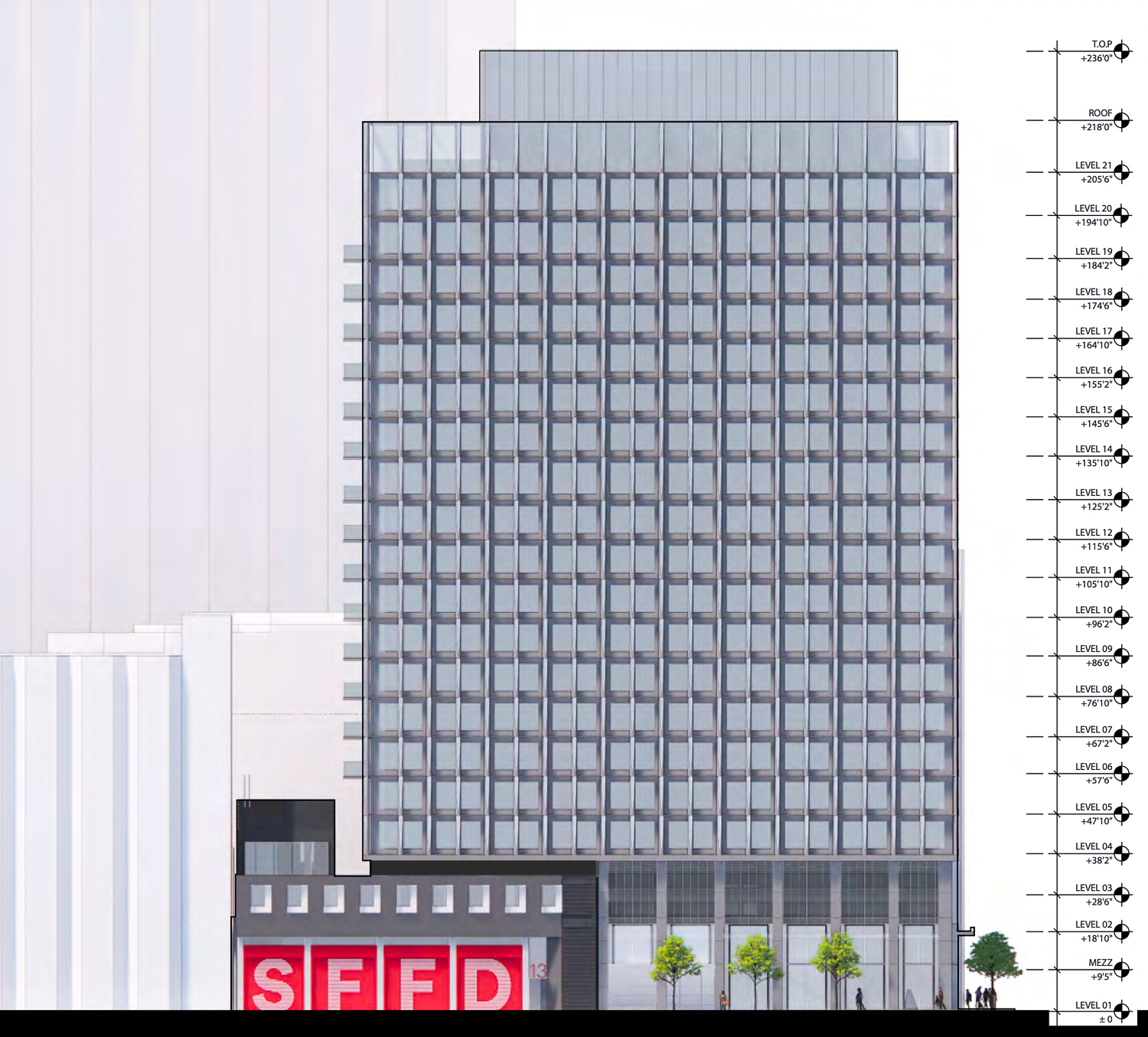 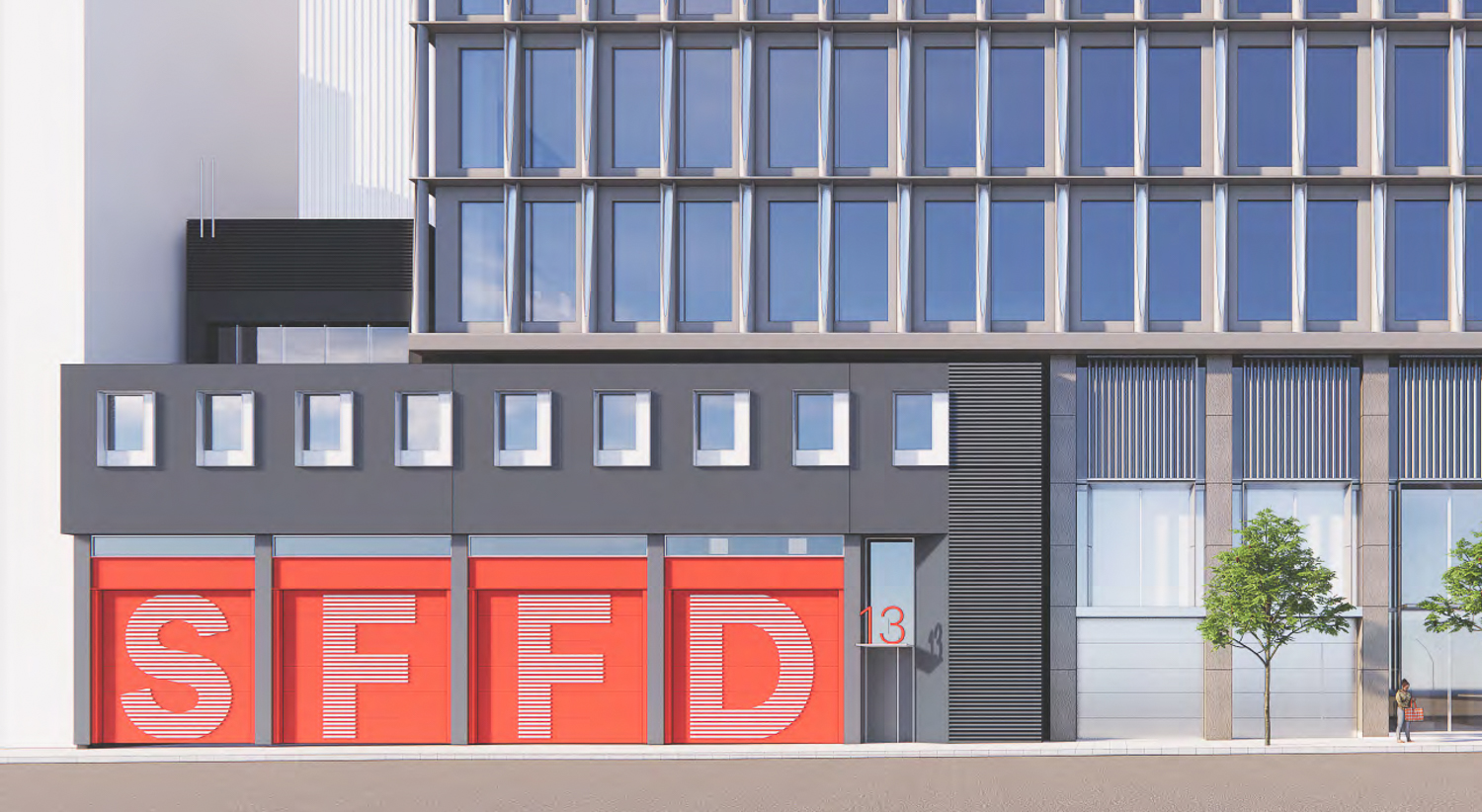 The fire station will include what one expects. The ground level will house the large two-story garage with lockers for the fire engines. A kitchen and dining room will take over half the second level, while the third floor includes 29 beds, and the fourth floor includes a terrace, fitness center, wellness room, and library. 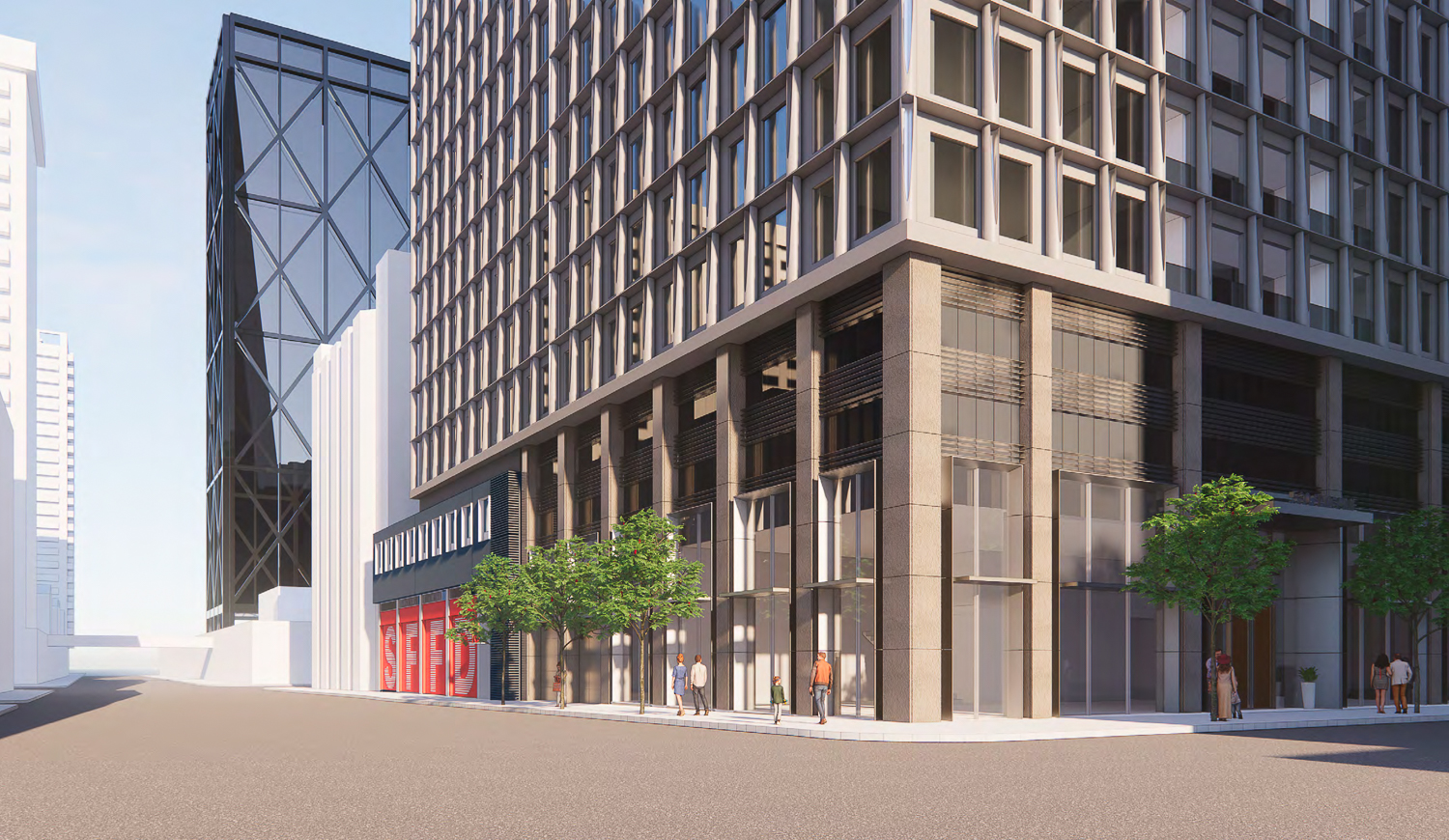 The project site also includes a residential variant concept, which would build 256 apartments with parking for 82 vehicles and 162 bicycles. Units would be split between 191 studios or one-bedrooms, 38 two-bedrooms, and 27 three-bedrooms. Reporting from SocketSite in 2019 shared that Related planned to build 35 condominiums over a 200-room Equinox hotel and athletics club with architecture by Steinberg Hart. The concept to make an exclusively residential tower does not seem to be the primary candidate for the development. The project team has not yet replied to requests for comment from SFYIMBY by the time of publication. 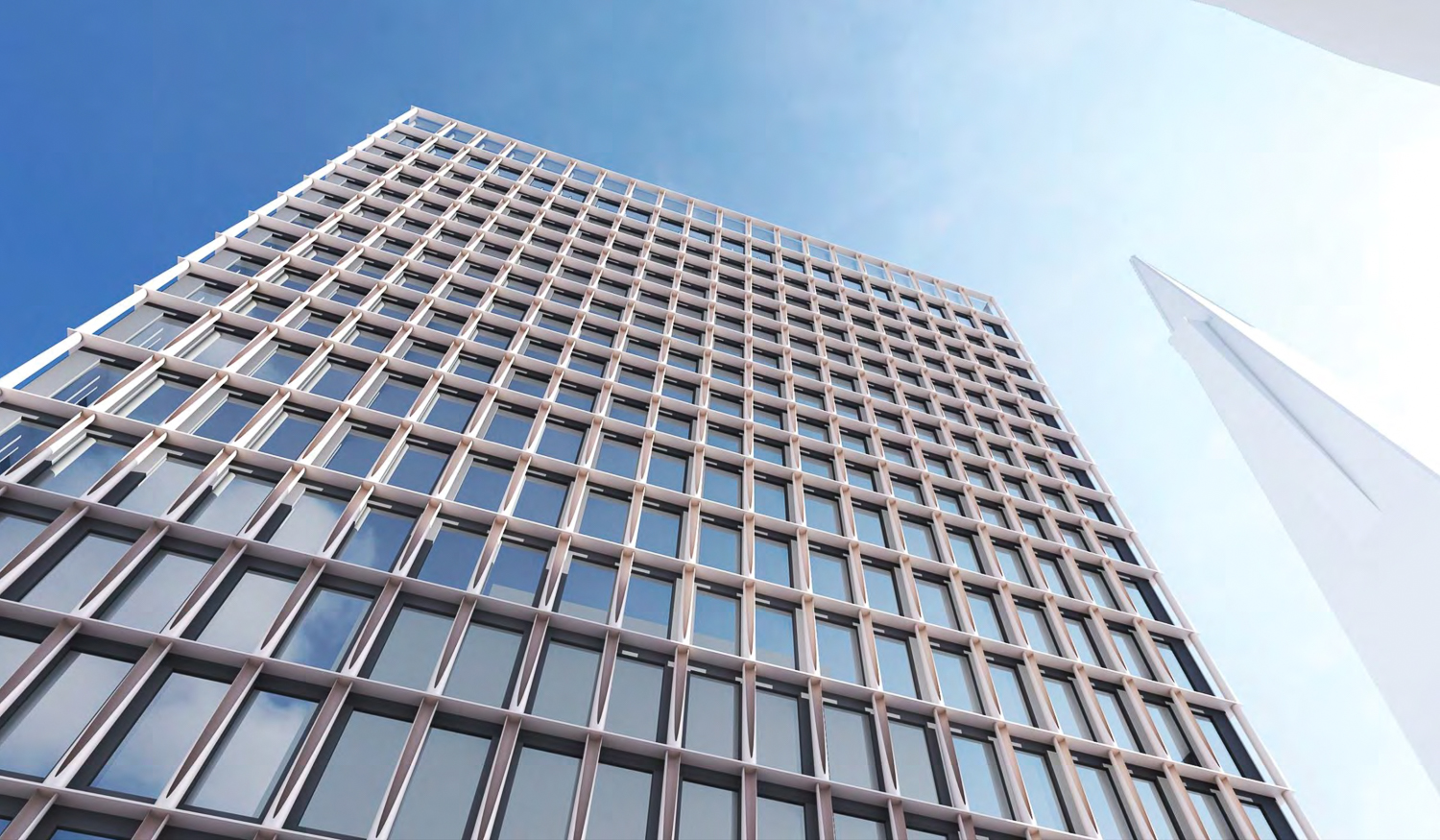 530 Sansome Street view from the sidewalk looking up, rendering by SOM

Construction is expected to cost $153 million. An estimated timeline for the job has not yet been established.

Update: The project team has confirmed with SFYIMBY since publication that the renderings for this story are two years old and new renderings will be published at an unspecified date in the near future.