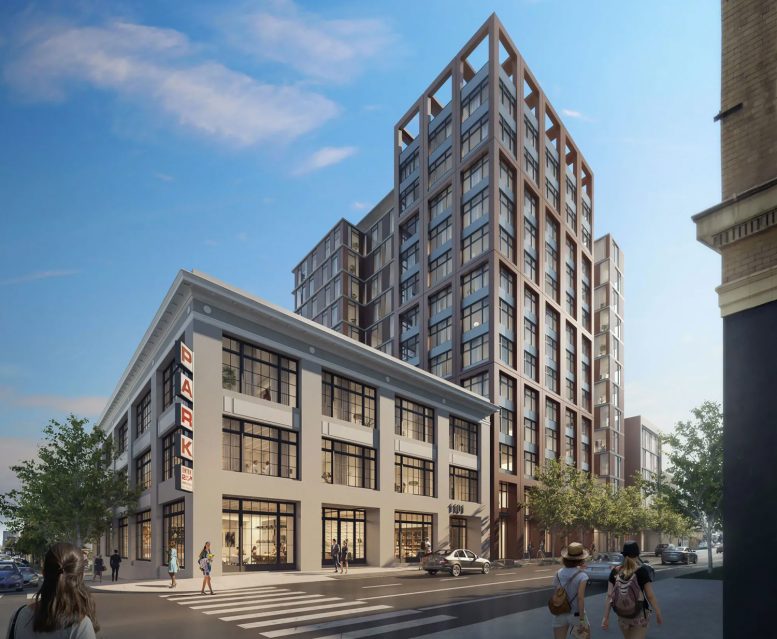 New building permits have been filed for the 14-story mixed-use development at 1101-1123 Sutter Street in Polk Gulch, San Francisco. The permits call for 201 new units to be built, which would provide the most housing of four options considered by the Historic Preservation Commission in early February. The Martin Group is responsible for the development through 1101 Sutter Affordable LP. 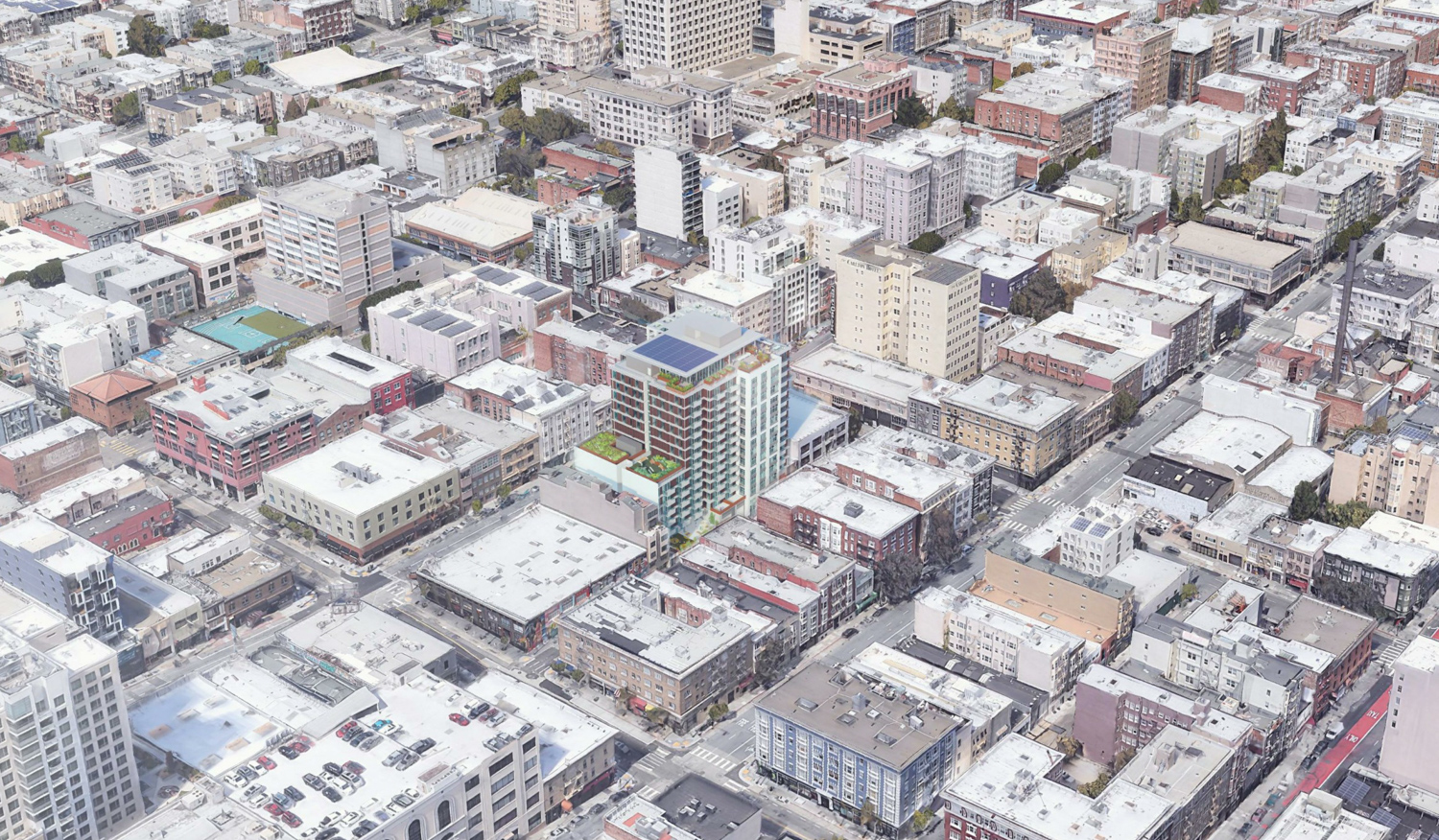 While new building permits are not a sign of imminent construction, they offer insight into the current composition of the proposal, namely the unit count and cost. The permits describe that the proposal adds 201 units for an estimated cost of $40 million for construction. The full project budget, with all costs included, will be significantly higher.

Forty units will be priced below market rate. The development is expected to yield 254,210 square feet with 12,620 square feet of retail, offices, and childcare facilities at the ground level, 13,390 square feet of open space for tenants, and on-site parking for around 61 vehicles and over two hundred bicycles.

David Baker Architects is the architect of record. Rooftop terraces will be included on the 7th and 14th floor. The skyline-viewing deck will offer seats, an outdoor kitchen, and entertainment space surrounded by greenery and plants, with landscaping design by Interstice Architects. 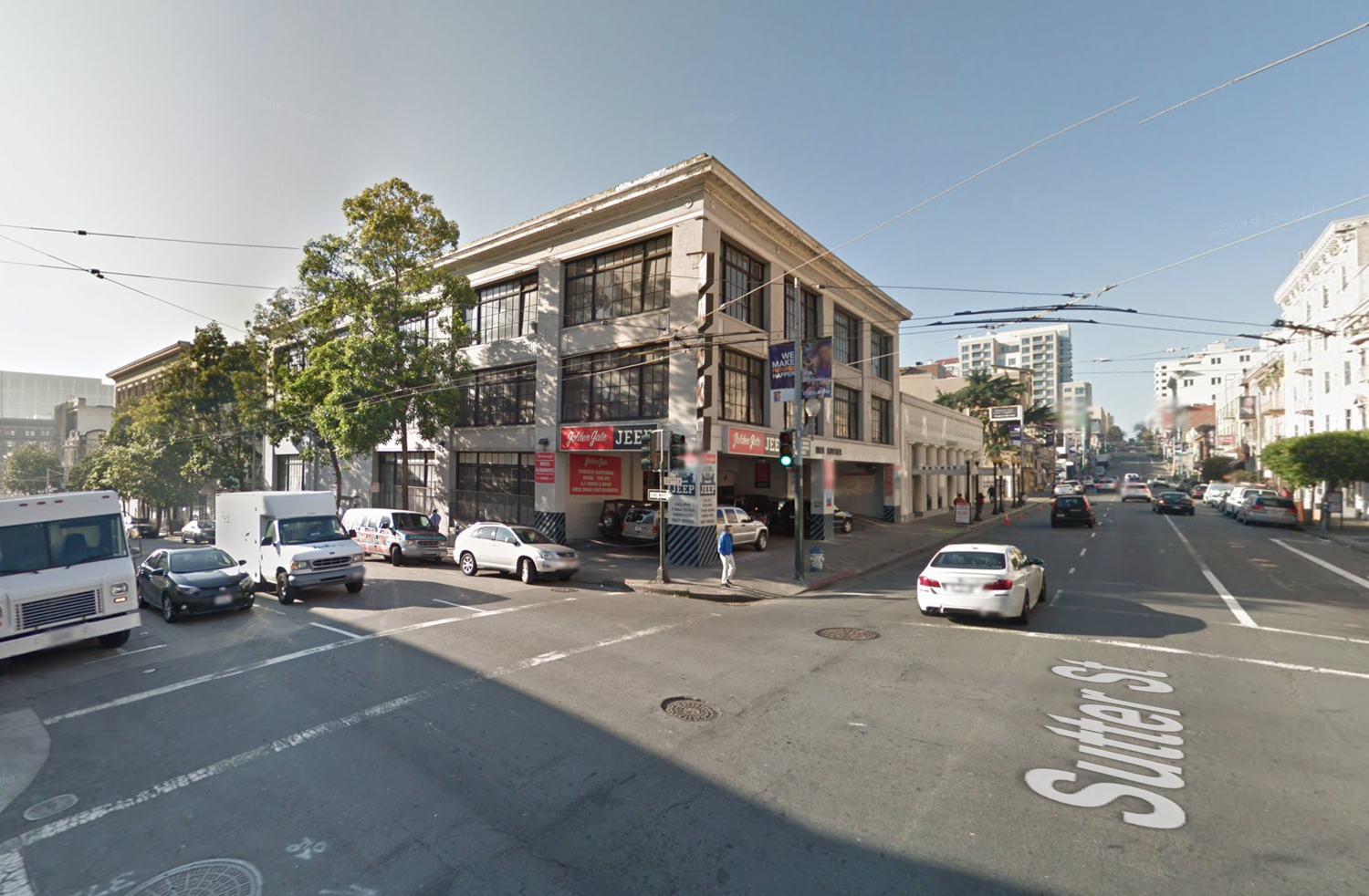 1101 Sutter Street is recognized for its history in San Francisco’s automotive industry along the Van Ness Automobile Row. 1123 Sutter Street was constructed sometime after 1906 and has operated as a funeral home from 1926 to 2019. They are not inside a historic district, so the construction of the residential tower is expected.

Construction is expected to last for 30 months, though an estimated completion date has not been established.

Be the first to comment on "Permits Filed for 1101-1123 Sutter Street, Polk Gulch, San Francisco"