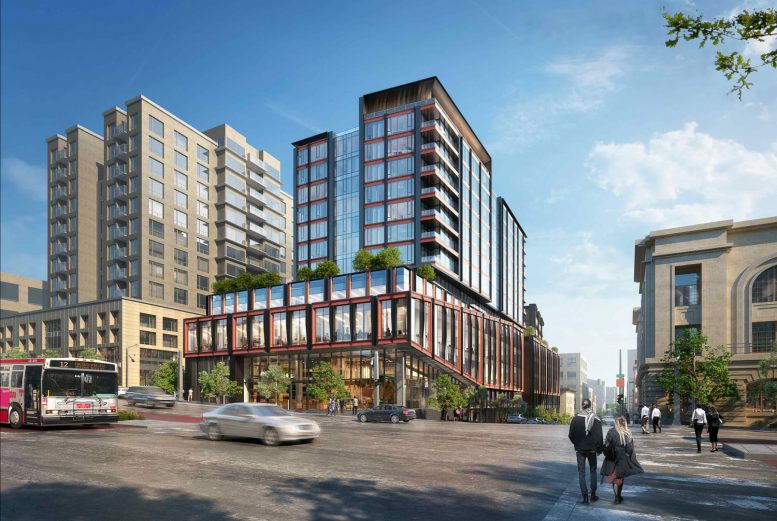 Updated renderings have been published for the Woods Bagot-designed mixed-use building at 1200 Van Ness Avenue in Polk Gulch, San Francisco. The 13-story proposal will include a medical clinic, a grocery store, and 95 new apartments for ownership. The project is being developed by Derrick Chang through Van Ness Post Center LLC, a long-time city resident who has since 1997 been the property owner. 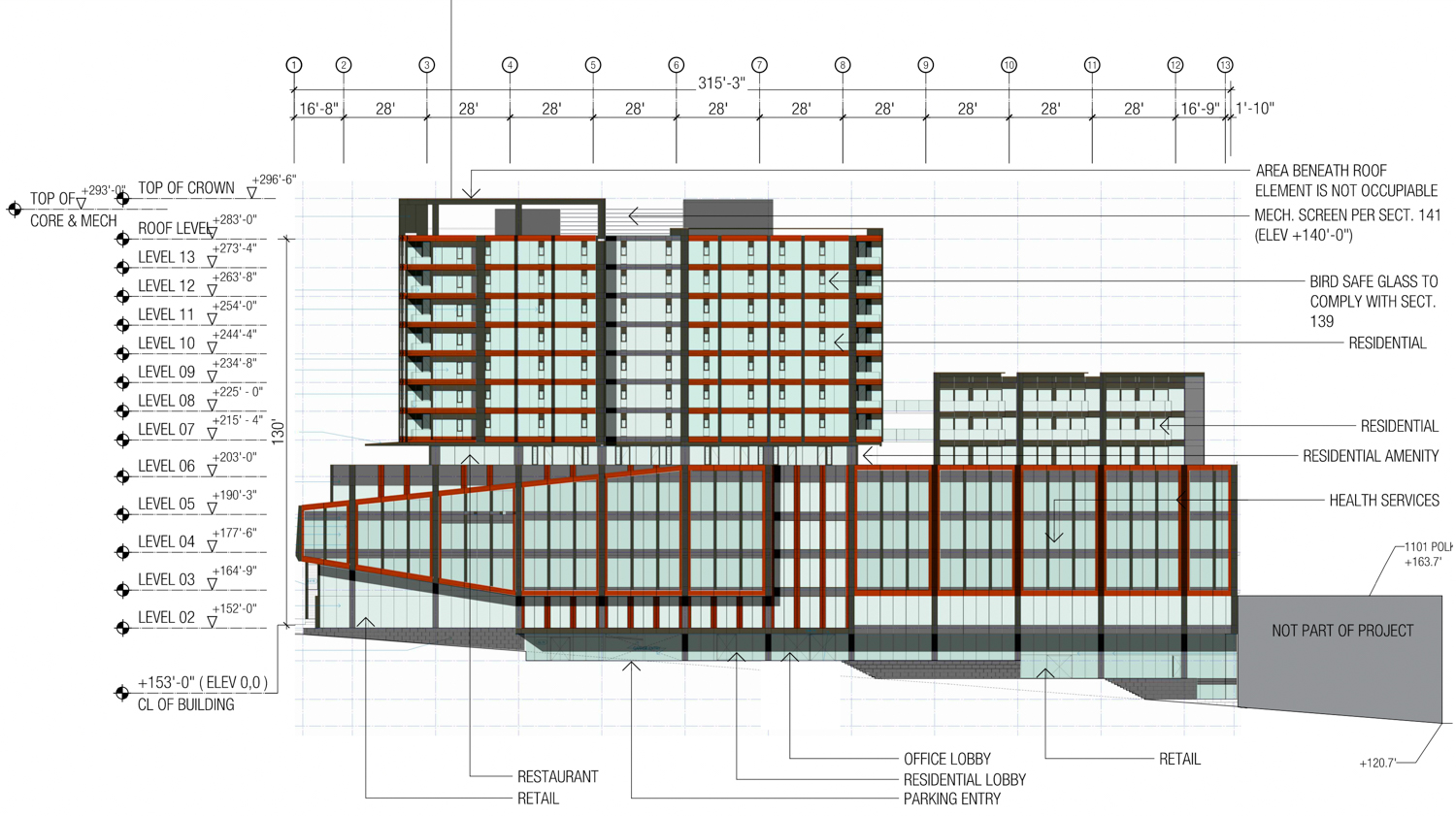 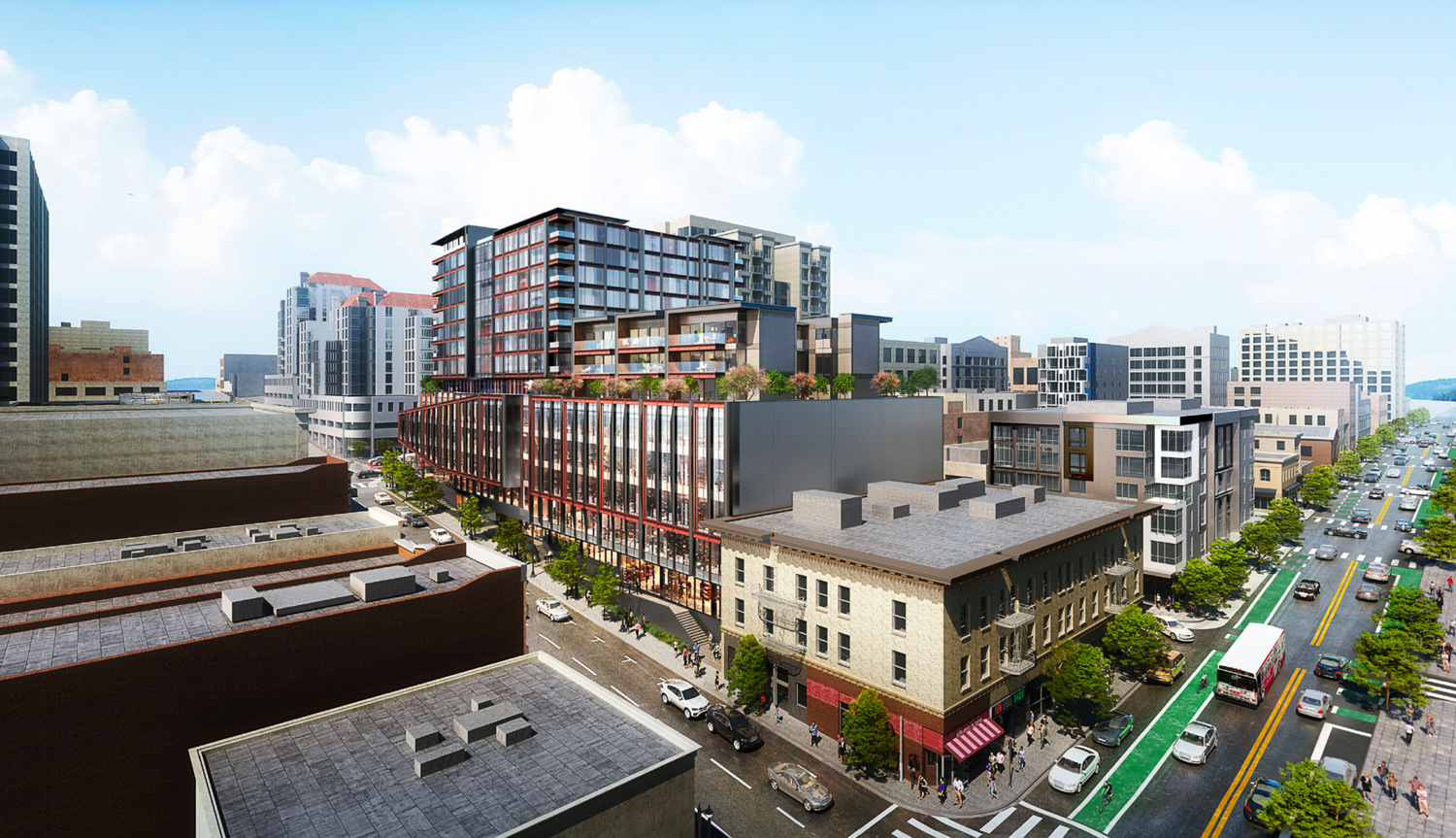 Woods Bagot is an international architecture firm based in Australia, with work across the world. That includes in Los Angeles, New Jersey, and New York. The firm has a reputation for working on high-end projects in city centers. Describing the design culture at the studio, the firm writes, “we believe that our best work comes from seeing our process of engaging with clients, communities and designers as an intersecting continuum of shared ideas and collective thinking.” 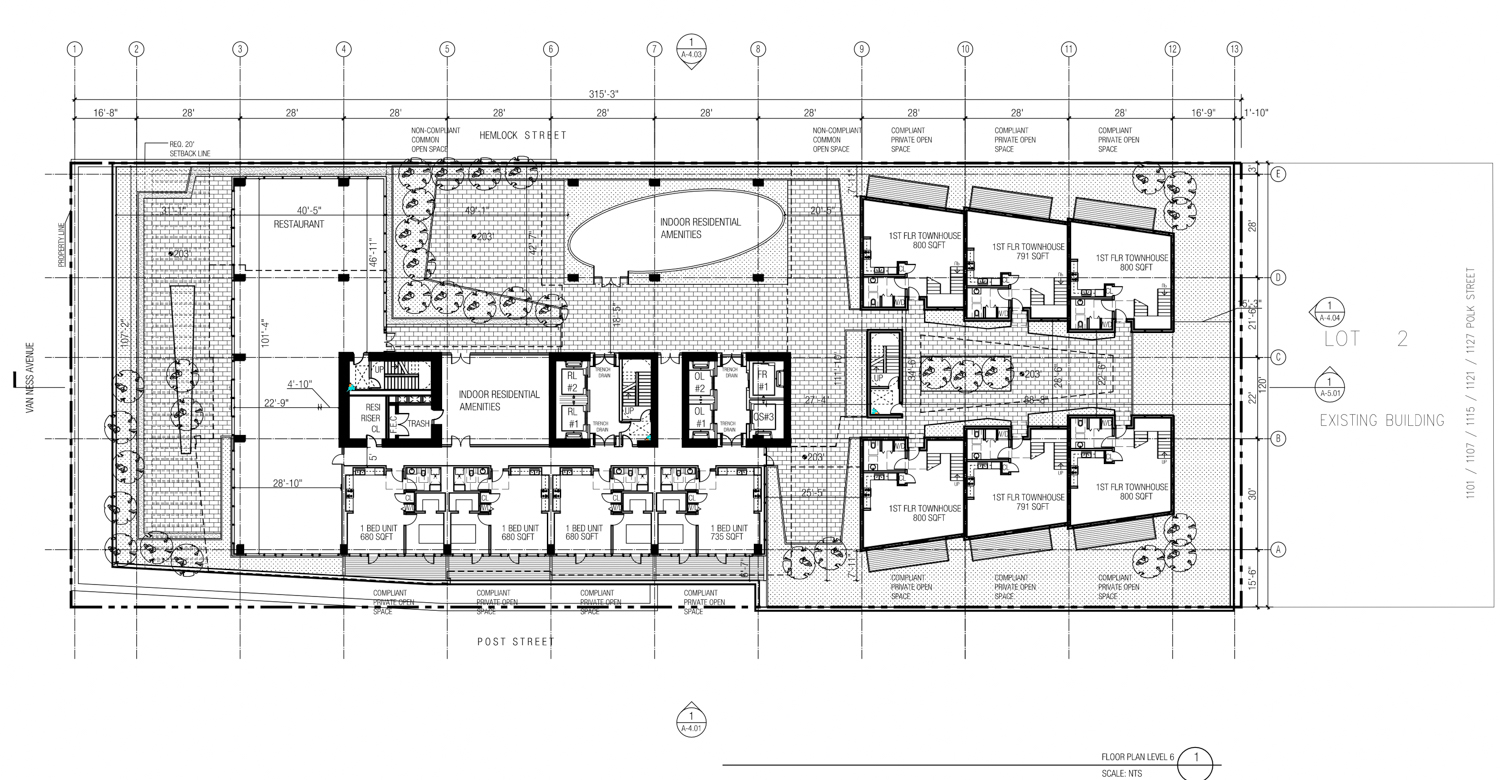 The bio highlights empathy and collaboration as key to their successful design work. In San Francisco, SFYIMBY has covered Woods Bagot’s proposals for 1125 Market Street, and twin office buildings at 474 Bryant and 77 Stillman Streets. 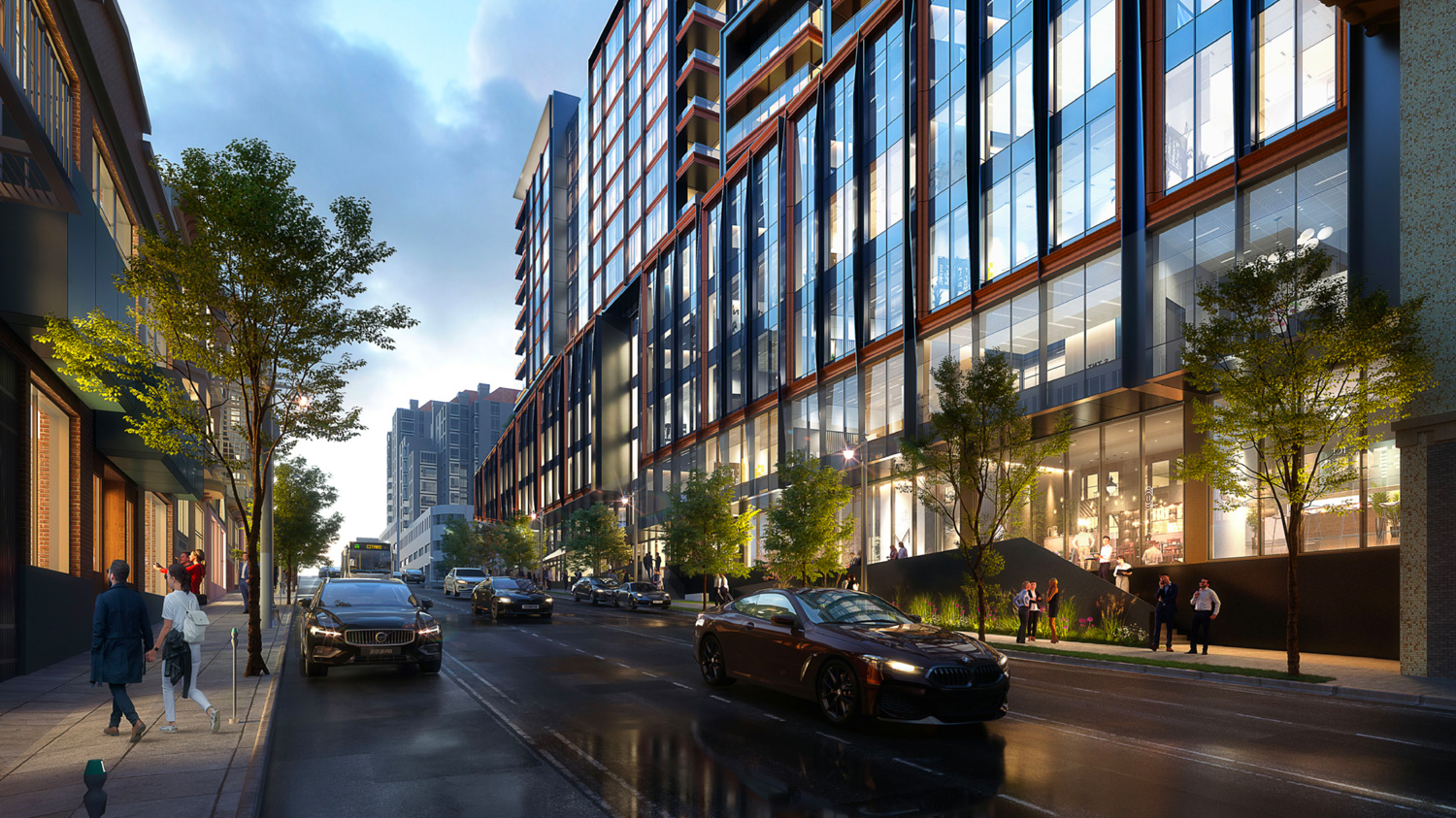 With 1200 Van Ness Avenue, the studio has created a restrained contemporary design. The building is clad with red and white terracotta panels framing by dark metals. The structural red feature stretch across the parcel on an industrial scale, evocative of the Golden Gate Bridge’s distinct tone. The modern design incorporates new landscaping and function to the neighborhood that is expected to create a more welcoming environment than it is in its existing condition. 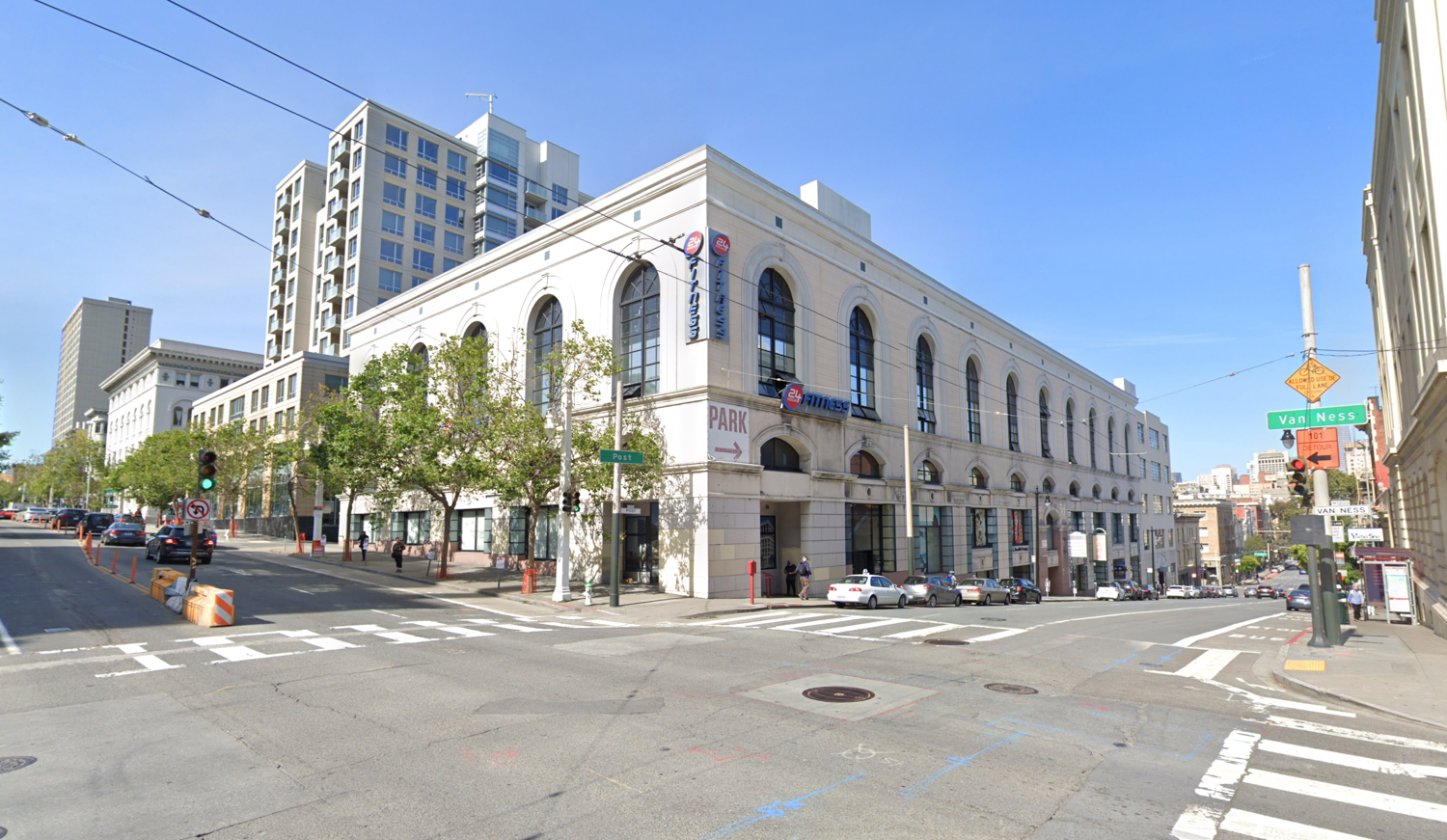 According to the recent planning application, the building will add 95 new dwellings units into the San Francisco housing market for ownership. There will be 71 one-bedroom units and 24 two-bedroom units. There will be inclusionary housing, though the exact quantity is not yet determined. 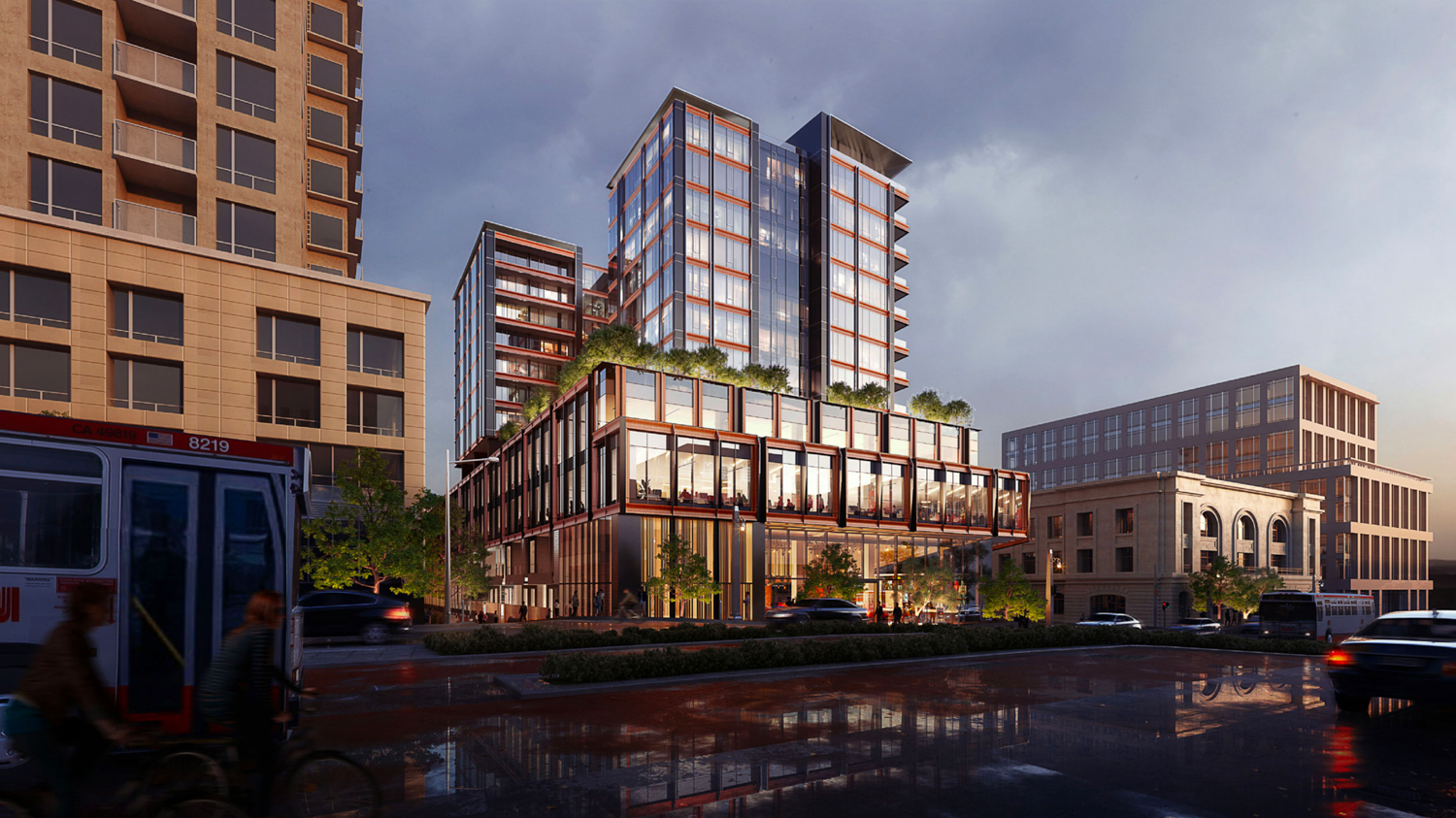 The building has been in the review process in some form since 2015. New building permits were first filed in late 2016, with a projected construction cost of at least $100 million, with the job expected to last 24 months from groundbreaking to completion.

Be the first to comment on "Renderings Revealed for 1200 Van Ness Avenue by Woods Bagot, Polk Gulch, San Francisco"