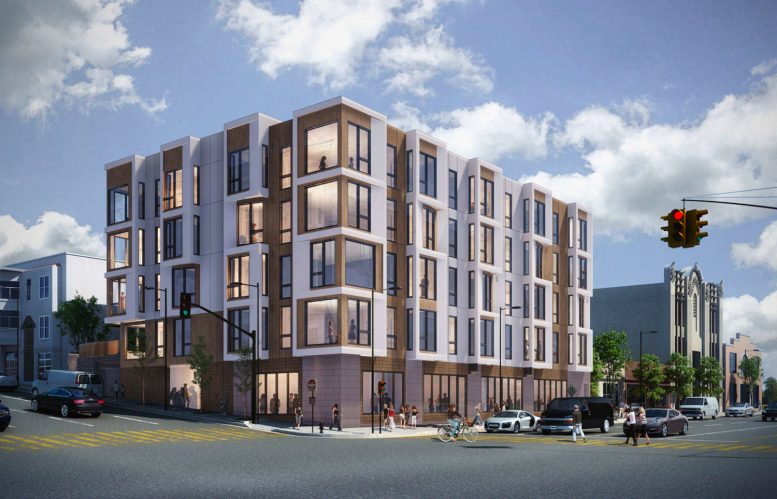 New renderings have been revealed for the proposed five-story mixed-use building at 198 Valencia Street in San Francisco’s Mission District. The project is expected to add 29 dwelling units and retail to the city’s housing market. San Francisco-based JS Sullivan is behind the project. 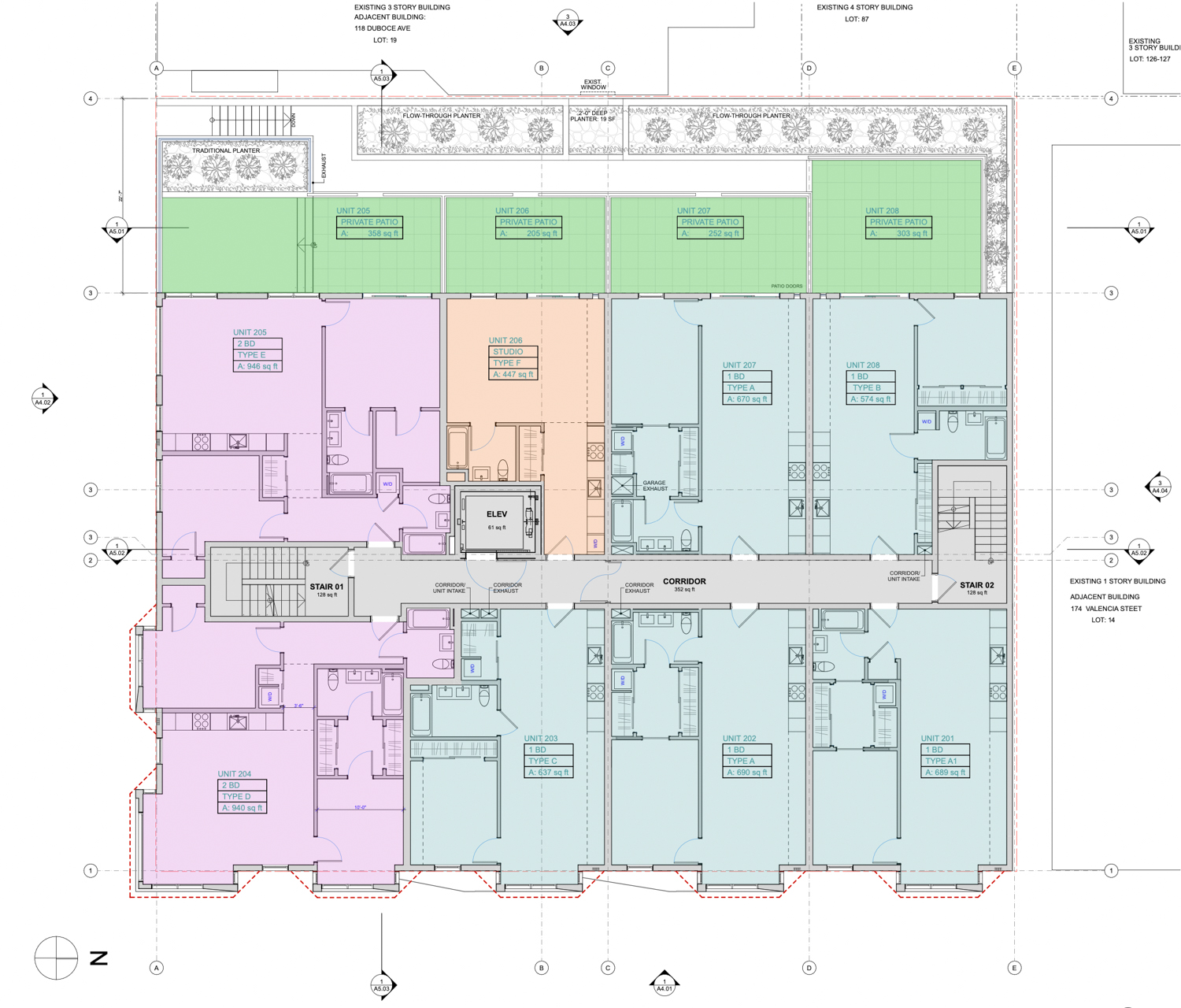 The 63-foot building will yield 37,220 square feet, with 22,800 square feet dedicated to residential use and 2530 square feet for two commercial spots. Parking is included for 19 vehicles and 32 bicycles. Of the 29 dwelling units, there will be four studios, 14 one-bedroom, eight two-bedroom, and three three-bedroom apartments. 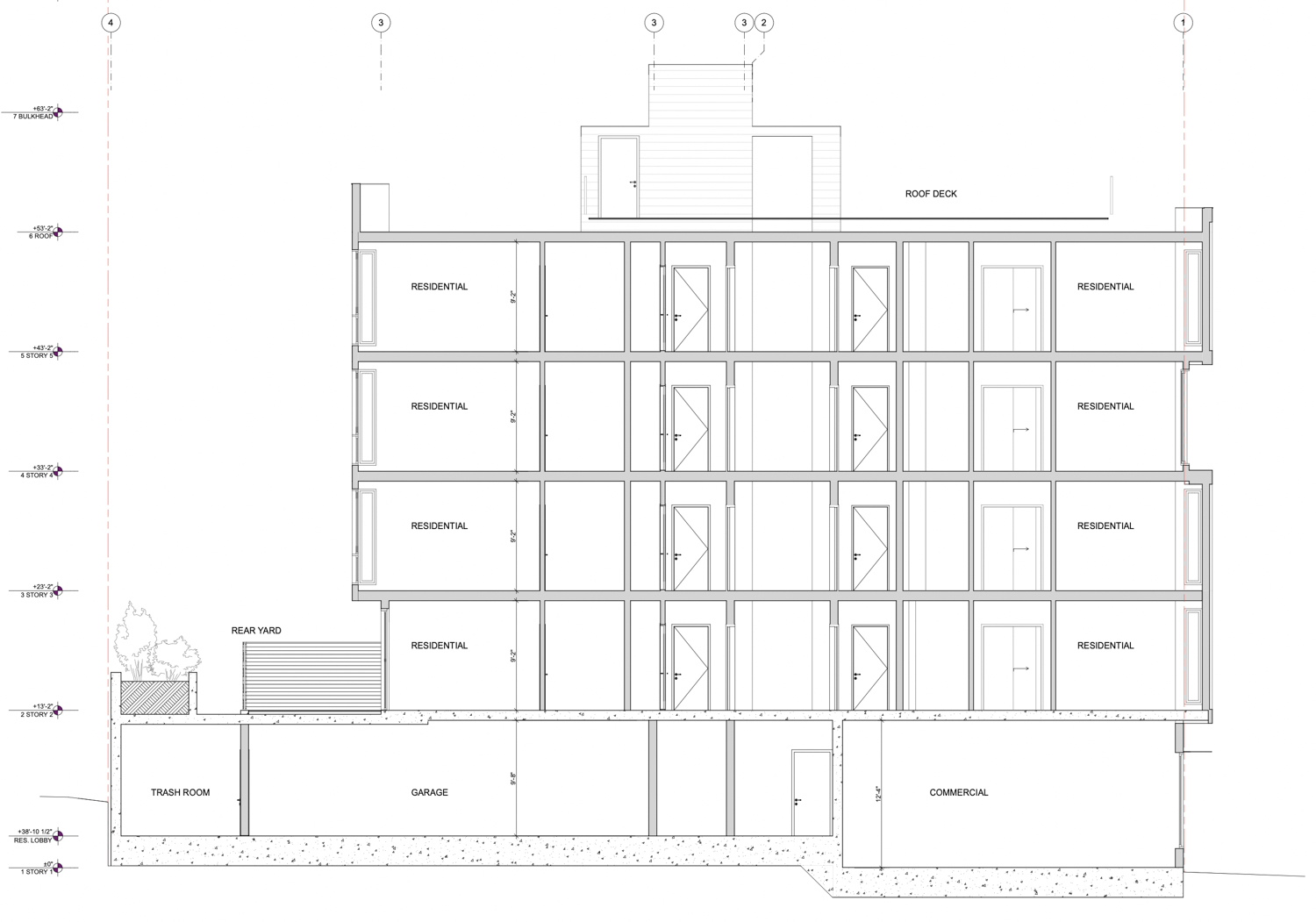 RG Architecture is responsible for the design. The building will be covered with fiber cement board laps and wood-like panels on the main structure, with ceramic tiles and aluminum running along the base. 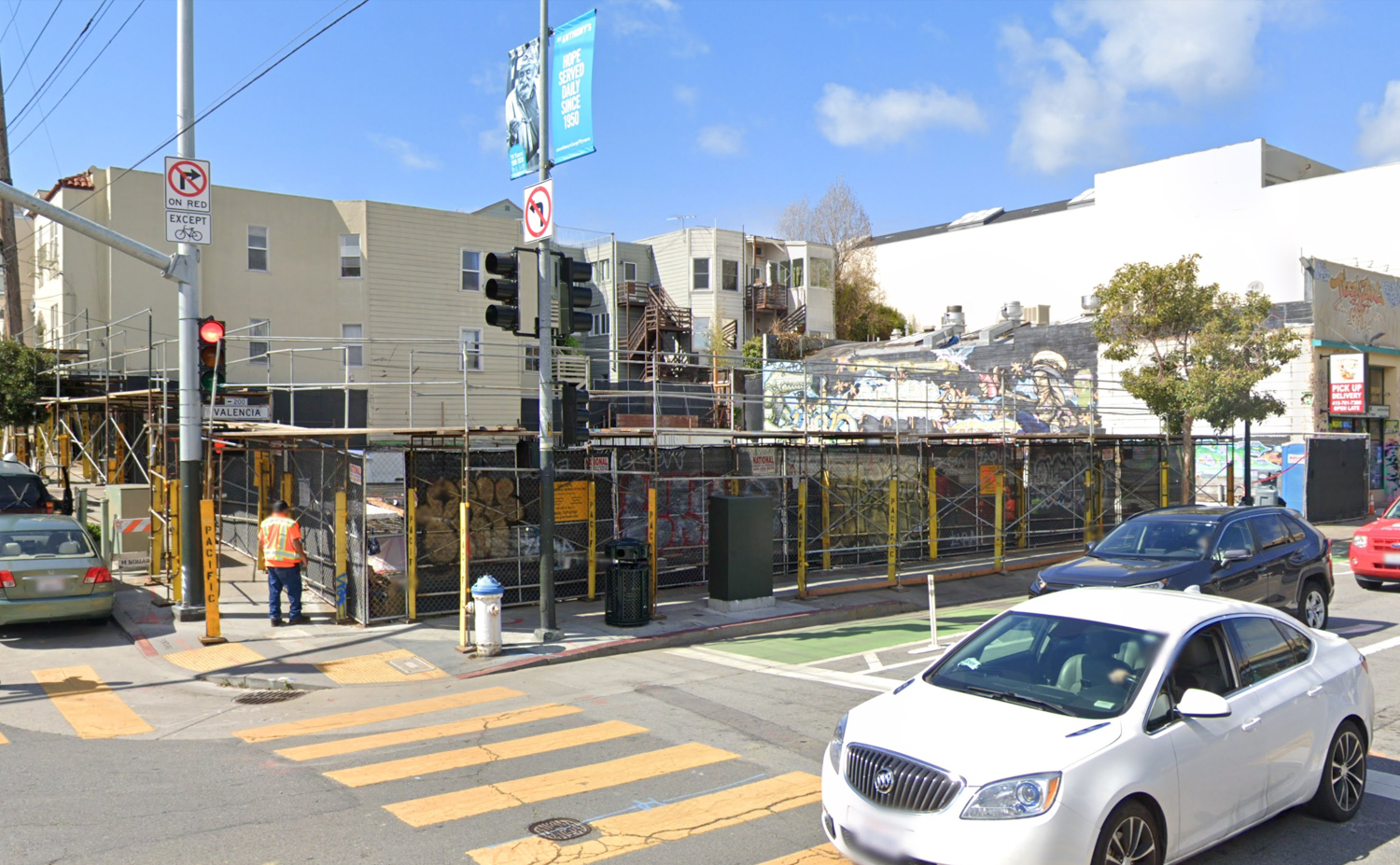 198 Valencia Street is in a relatively retail rich neighborhood within close walking distance from the heart of the Mission District and shops along Market Street. Residents will be able to get to the 16th Street BART Station in ten minutes on foot.

The construction job is expected to cost $7.5 million, with an estimated date for completion not yet announced.