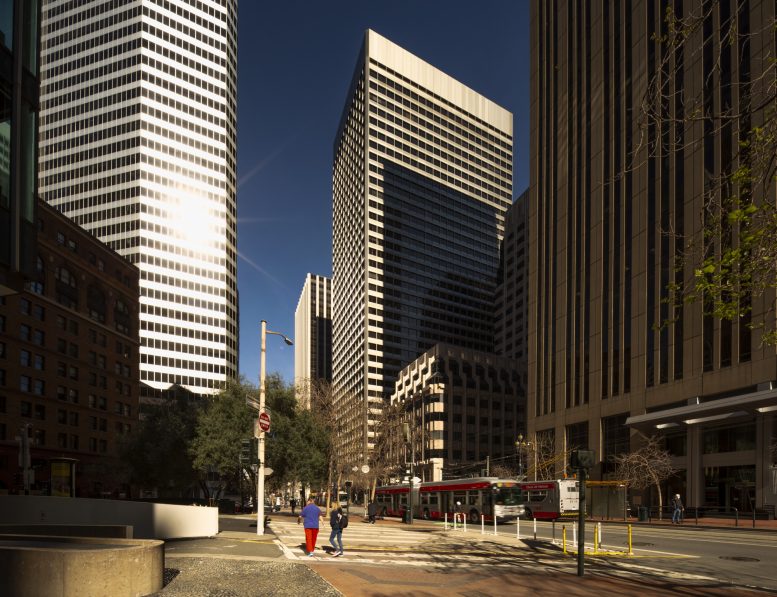 The 28th tallest building in the Bay Area planned or built is 425 Market Street, located in SoMa, San Francisco. The 524-foot tall office building rises on the south side of the city’s main artery, holding nearly a million square feet of office space. The building was finished in 1973 with the architecture by Skidmore, Owings & Merrill. 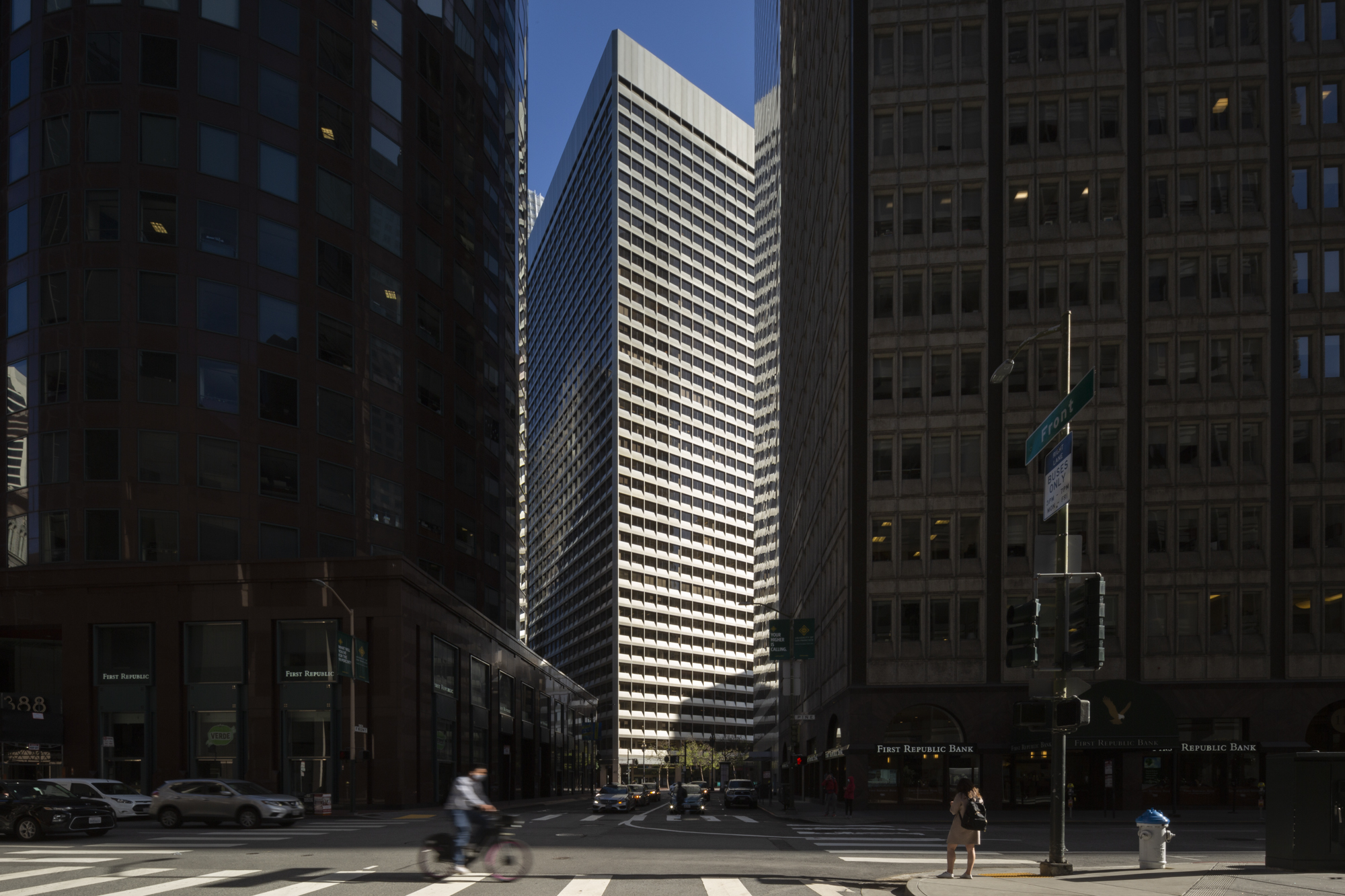 The 38-story building contains roughly 1.1 million square feet, of which 945,000 square feet is leasable office space serviced by 21 elevators. When first opened, it was known as the Pacific Coast Headquarters for the Metropolitan Life Insurance Company, now known as MetLife. Subsequent renovations have also given the building the LEED Gold certification. 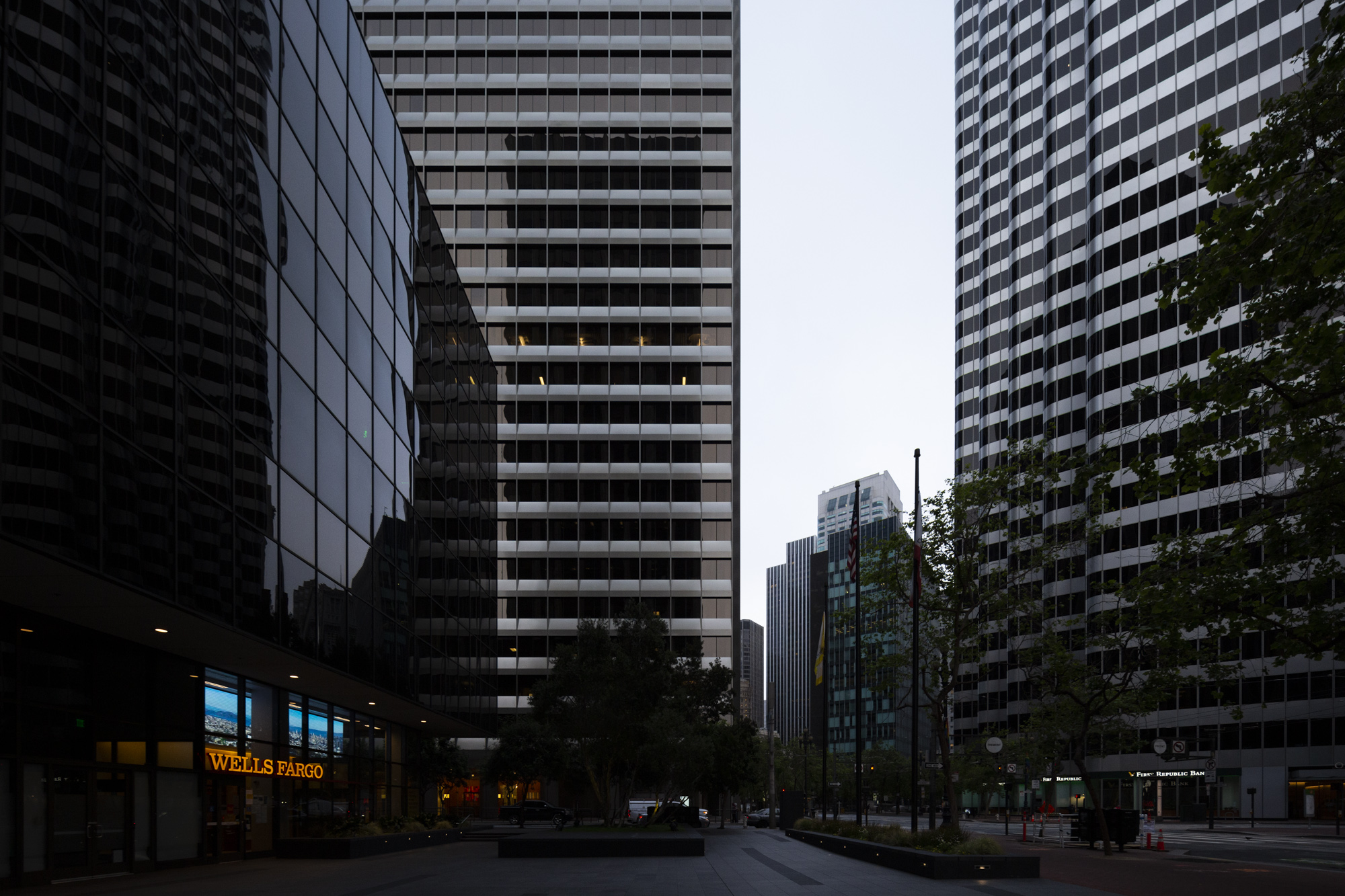 As of 2013, MetLife and the Government Pension Fund of Norway have been joint-owners of the project. Norges Bank Investment Management (NBIM), the asset manager for the National Fund, acquired a 47.5% interest in the property. At the time, the offices were 85% occupied. The transaction for 425 Market Street was paired with another 47.5% stake on 555 12th Street in Washington DC. According to NBIM, the combined value of the two assets was $480 million. According to 48 Hills, the property is now worth upwards of a billion dollars. Cushman & Wakefield is managing the office space. 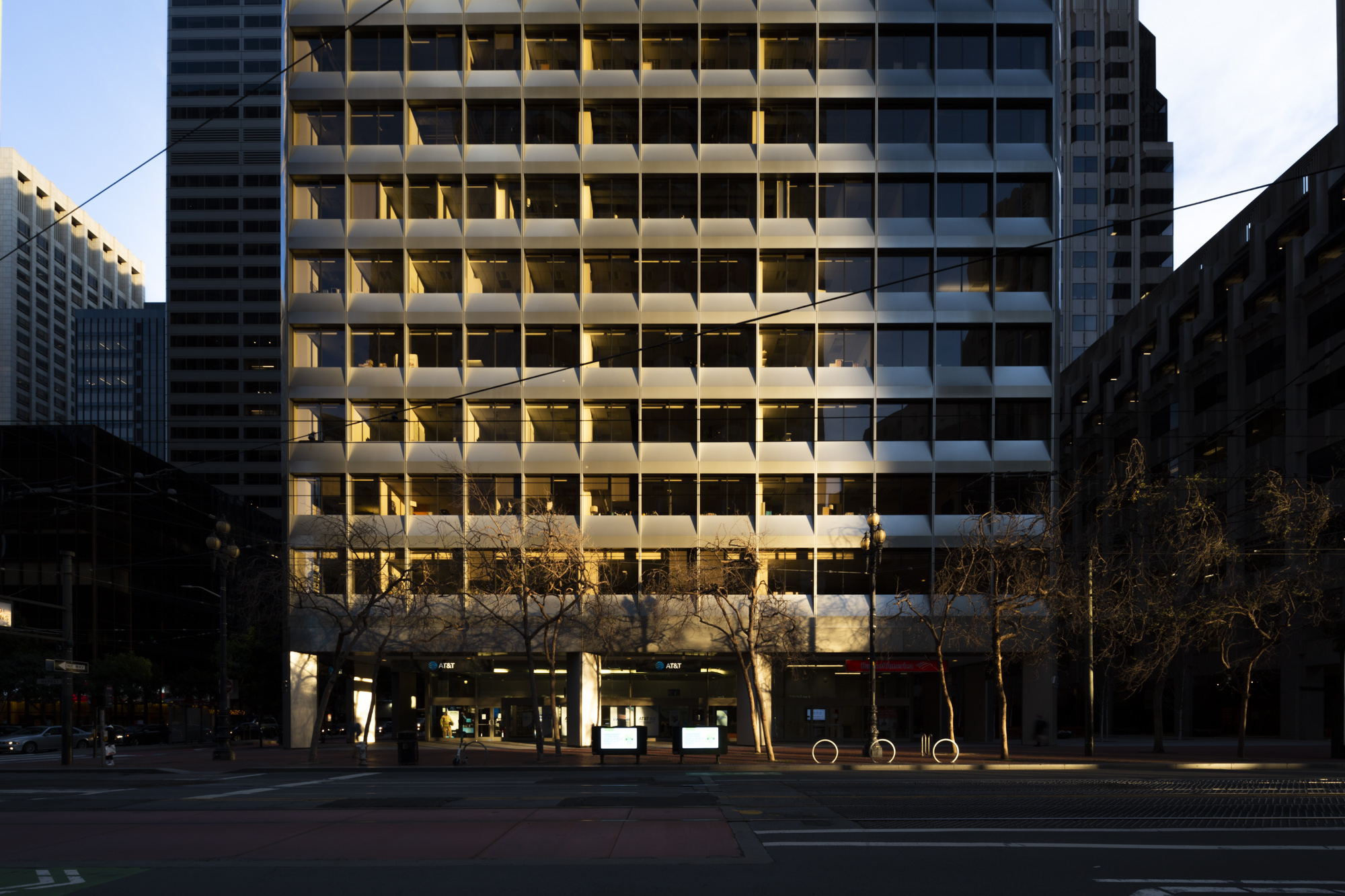 With design by SOM, the building is decisively modernist. The repetitive facade covering the structural steel building frames larger glass panes with aluminum panels from the base to the pinnacle. The skin has a striking contrast in the right light, as the louvers cast sawtooth shadows over the angled metal panels below each window. 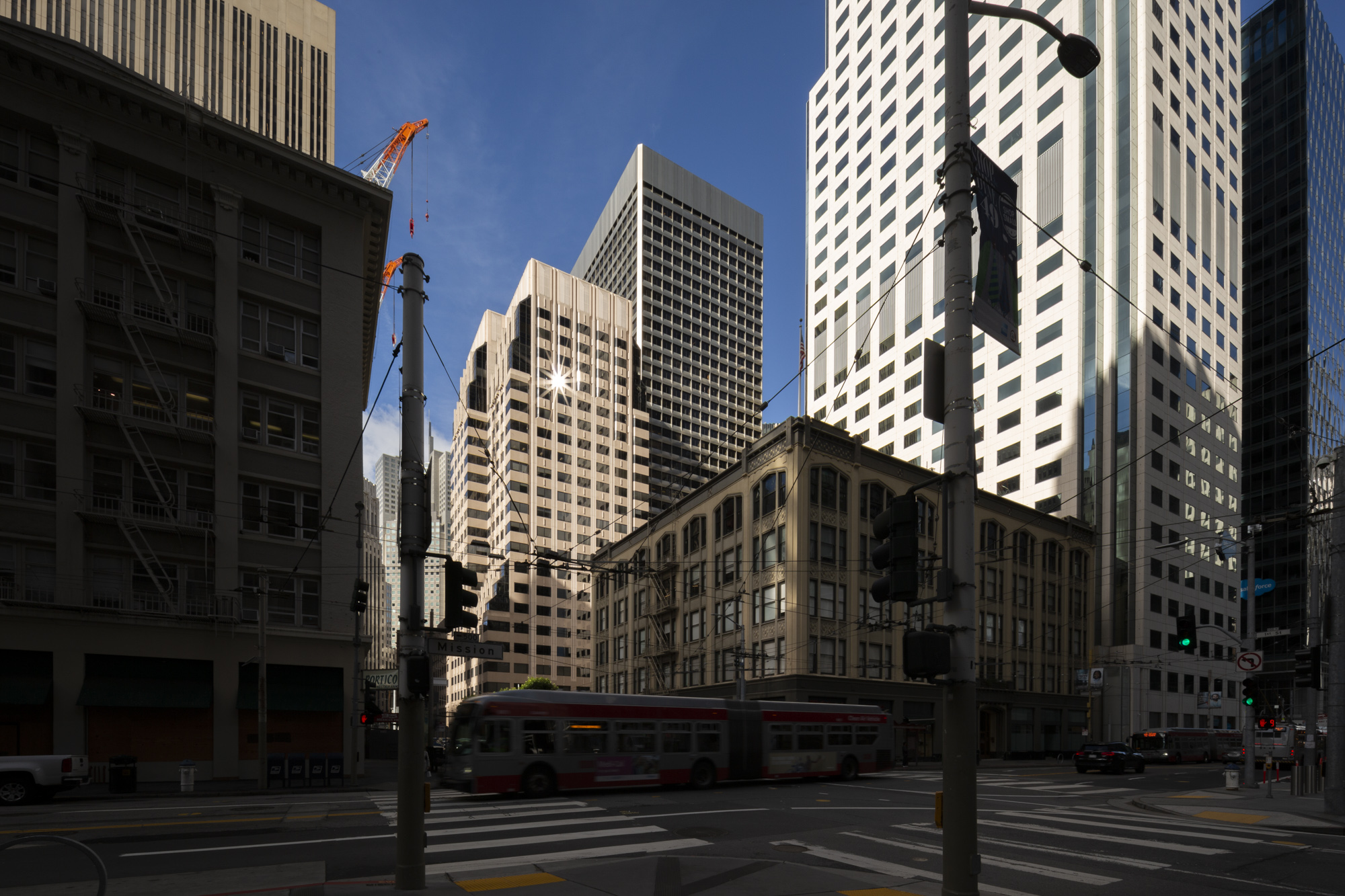 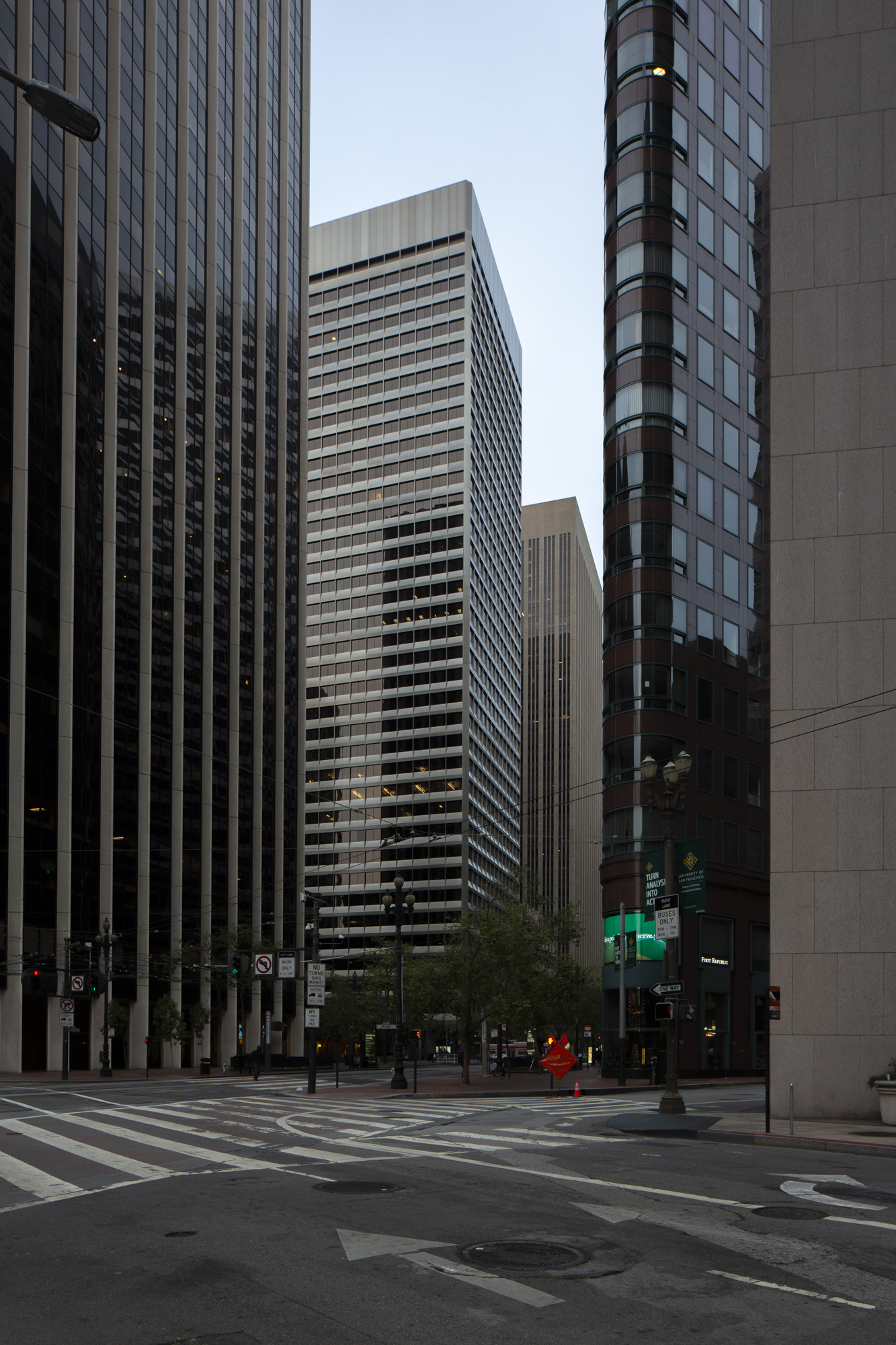 425 Market Street is located at the corner of Market and Fremont Street. The property is close to Montgomery and the Embarcadero BART Stations and the Salesforce Tower, just one block down.

Be the first to comment on "Number 28: 425 Market Street, SoMa, San Francisco"