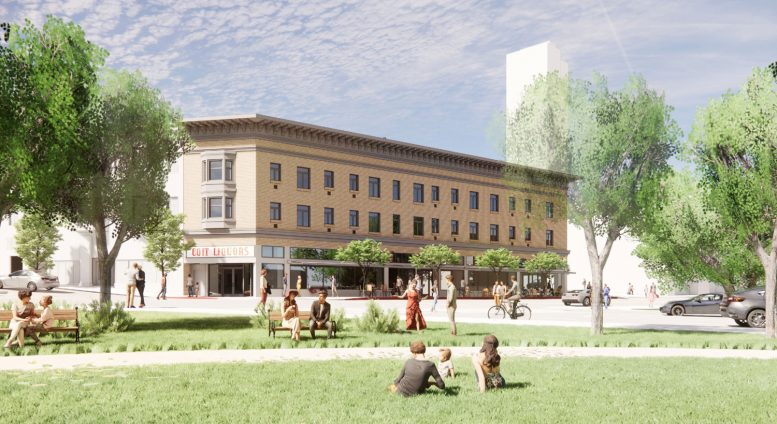 New renderings have been revealed along with permit applications for the adaptive reuse of 659 Union Street in North Beach, San Francisco. The property was gutted by a four-alarm fire back in 2018. While the interior has remained vacant during the interim, an 85-foot proposal in 2019 was floated. The latest proposal reduces the scale and housing provided.

Red Bridge Partners is responsible for the development through Powell Partners LLC. Reached for comment, Managing Partner Jeff Jurow shared with SFYIMBY, “The Verdi Building has been in the same family since it was built three generations ago. The owners are looking forward to restoring the fire-damaged brick walls and constructing much-needed housing in the heart of North Beach.” 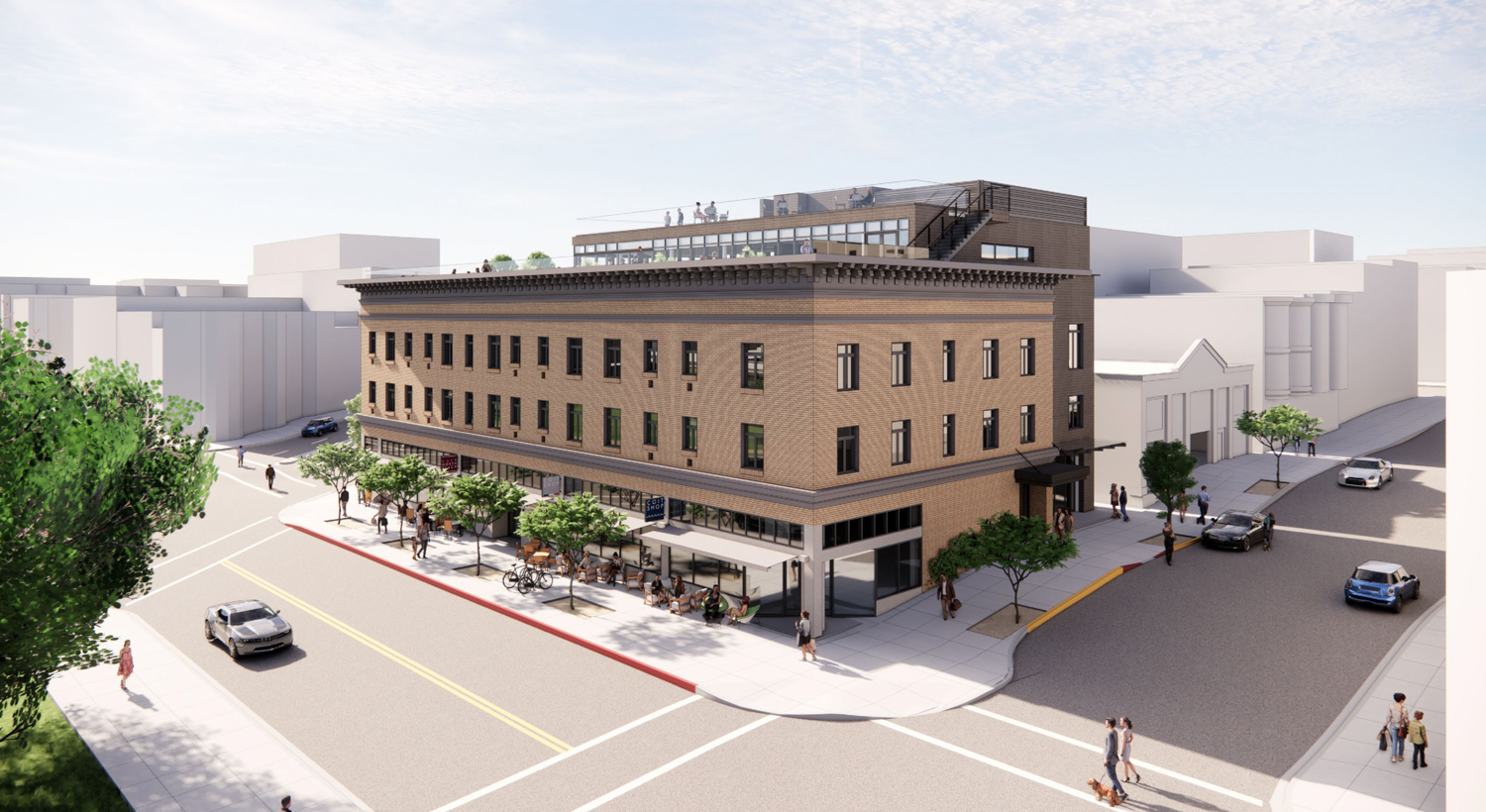 The high-rise project was the subject of an anti-housing backlash cataloged in an SF Chronicle Article by Roland Li circa December 2019. Speaking with the newspaper then, Jeff Jurow shared with the newspaper, “San Francisco is in a housing crisis and we believe everyone, in every neighborhood, has a responsibility and an obligation to help.” 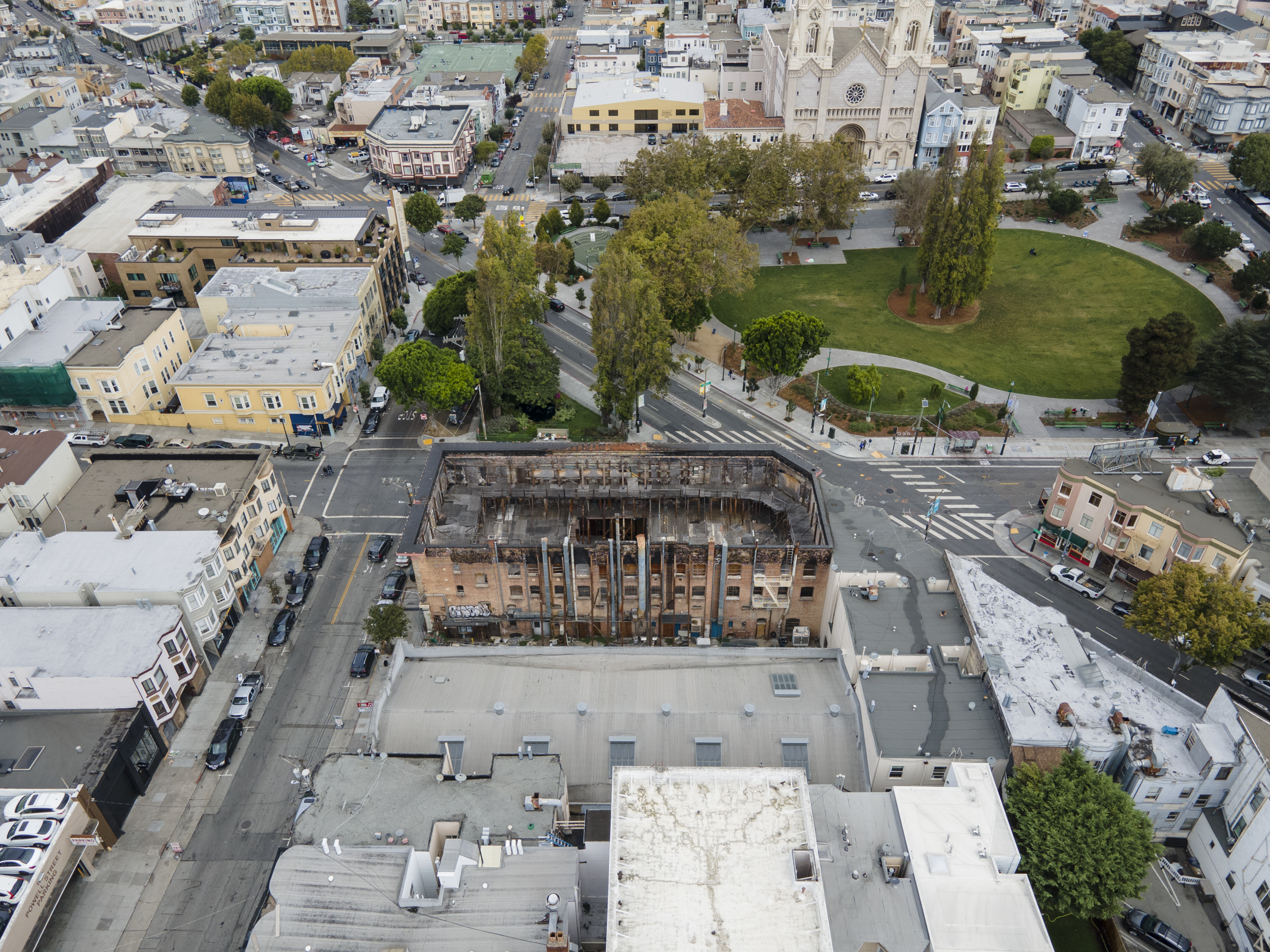 The updated 60-foot tall proposal will yield 37,980 square feet, with 18,640 square feet for residential use and 19,350 square feet for retail, spread across the basement, ground level, and fourth floor. The project would create 23 units compared with the first proposal to create 98 units and 14 hotel guest rooms. Two of the 23 dwelling units will be priced as affordable for very low-income households. 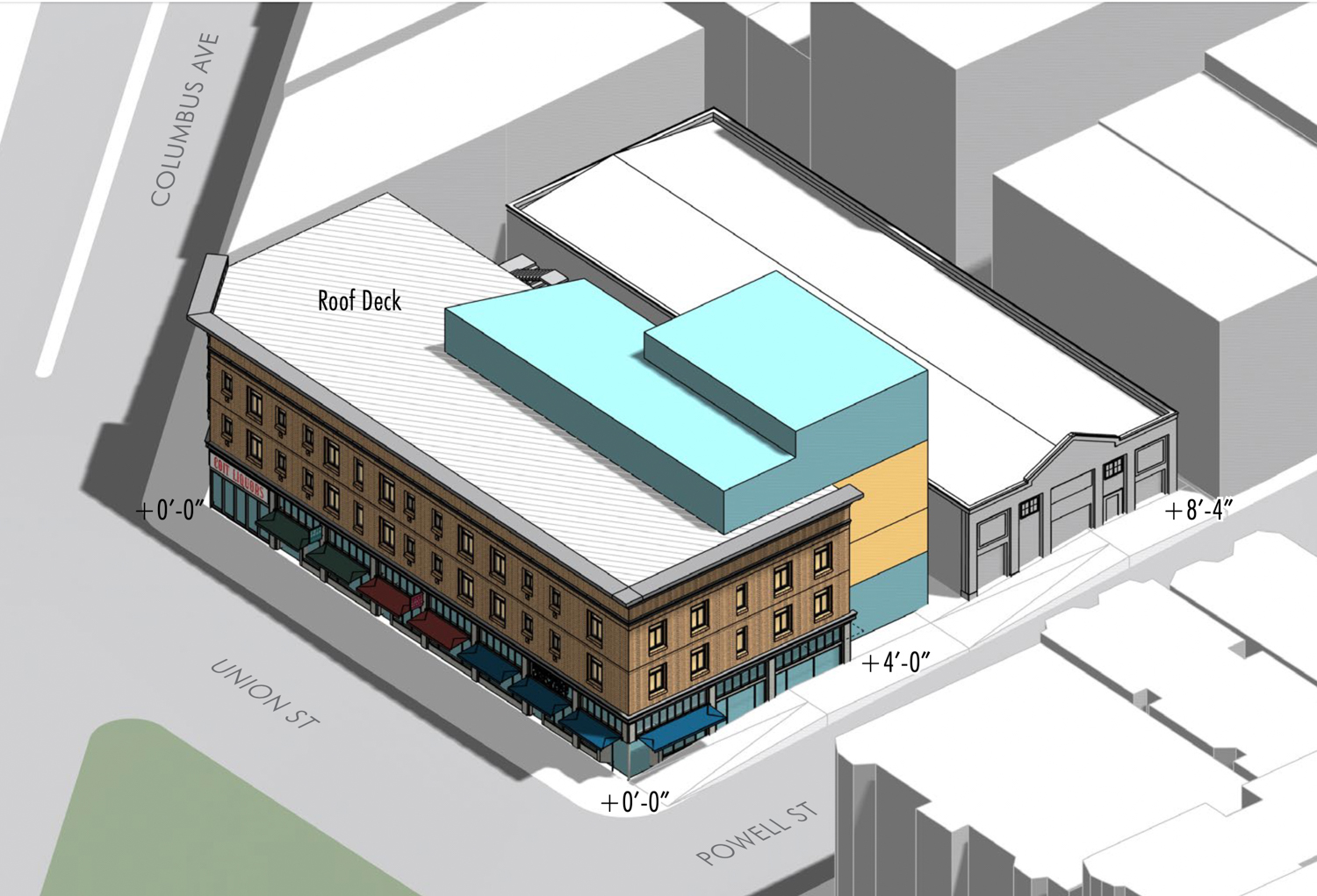 From the latest proposal, apartment sizes vary with 11 studios, three one-bedrooms, six two-bedrooms, and three three-bedroom homes. At ground level, the building will reestablish Coit Liquor and offer space for new retail, while the rooftop will be landscaped for a restaurant with views of the park and surrounding cityscape. 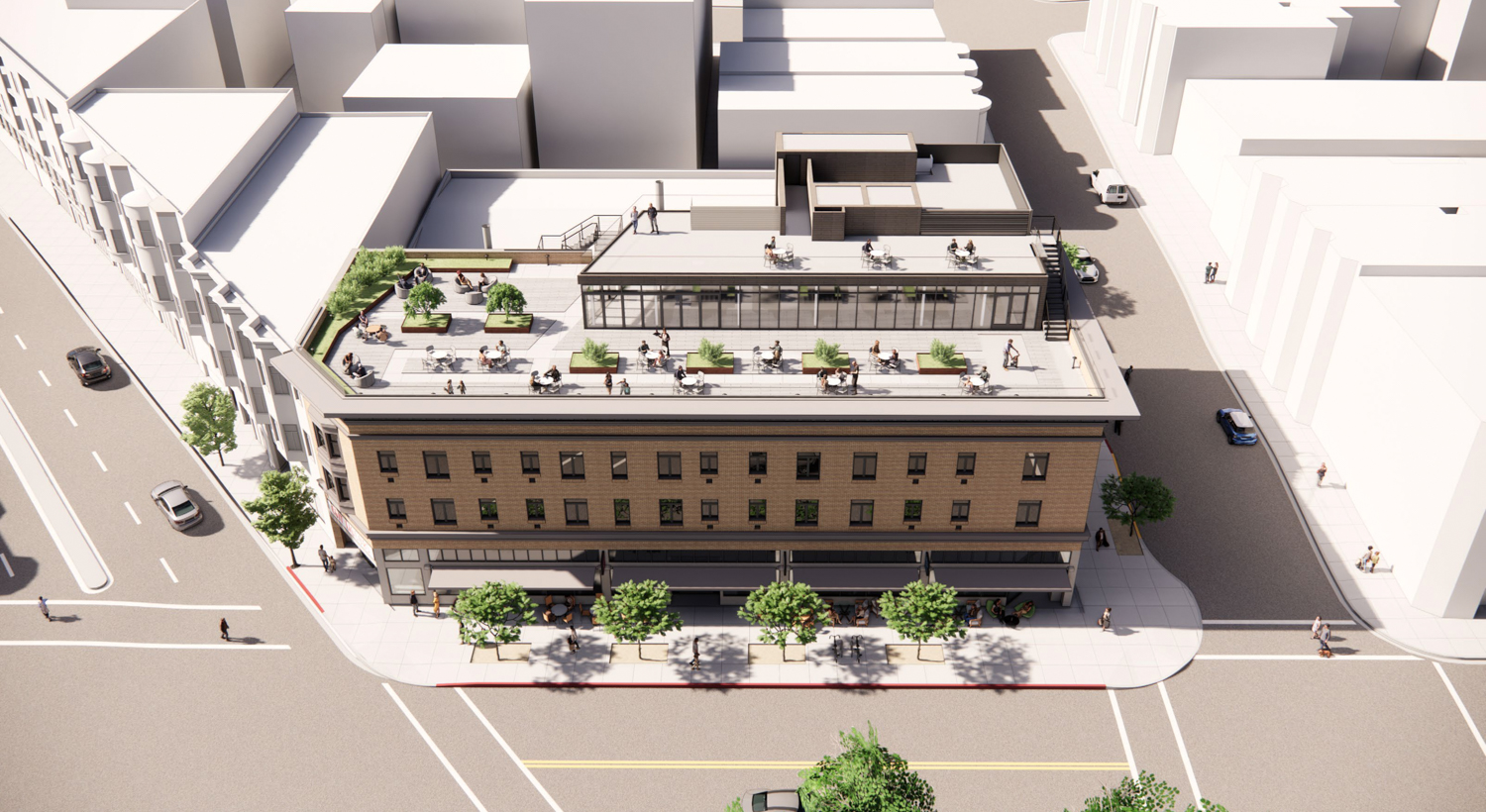 The development will not significantly alter the building height for pedestrians, and the 60-foot pinnacle is set back far enough to avoid any shadow casting onto Washington Square Park. 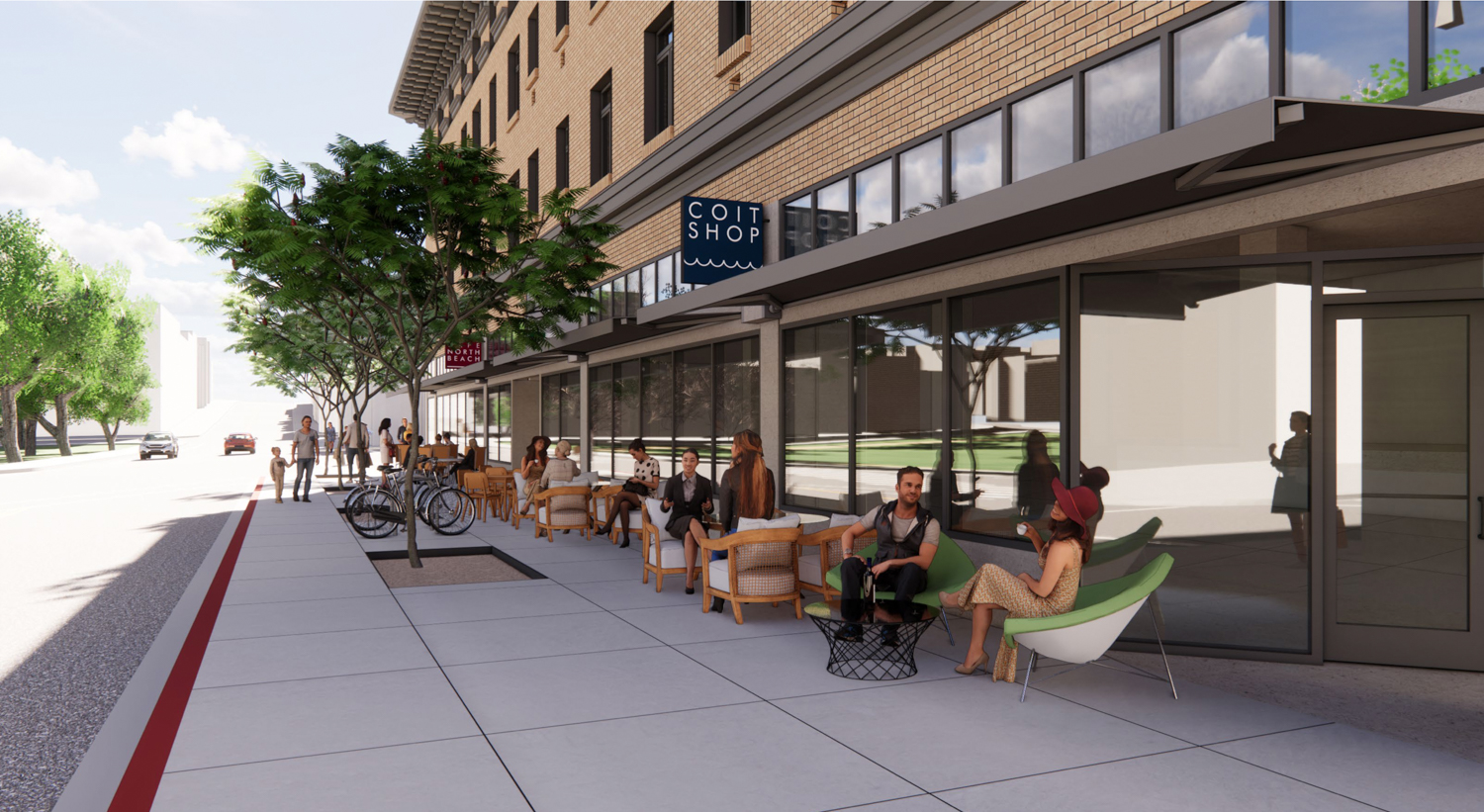 Gould Evans is responsible for the design. The project will restore the look of the damaged building by using color-matching bricks and rebuilding the damaged cornice. The set-back rooftop restaurant addition will be clad with a brick-look fiber cement rain screen and curtain wall. 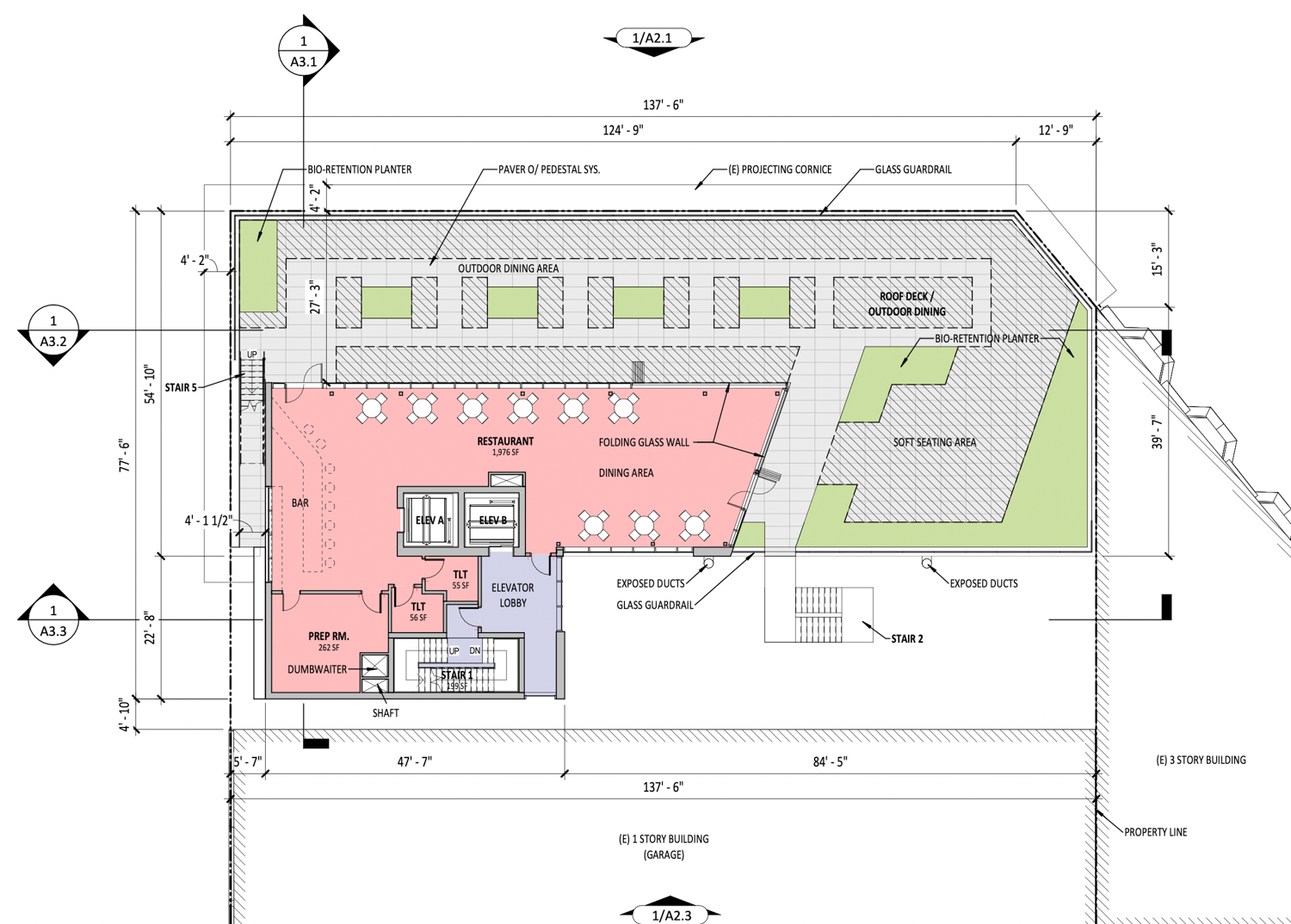 Construction is expected to cost $10 million, with no estimated date for completion. Applications indicate the developer is undecided about whether or not to rent or sell the apartments.