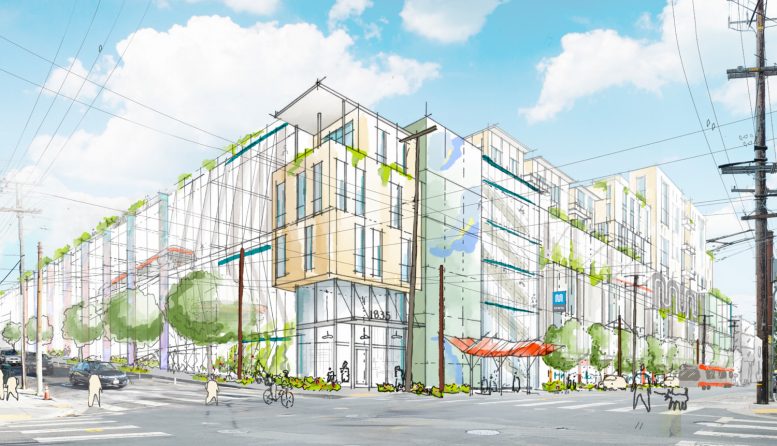 The San Francisco Planning Department has published the draft environmental review for 2500 Mariposa Street in the Mission District of San Francisco. The proposed project would create 575 dwelling units on top of an expanded transit facility. The San Francisco Municipal Transportation Agency is sponsoring the development. 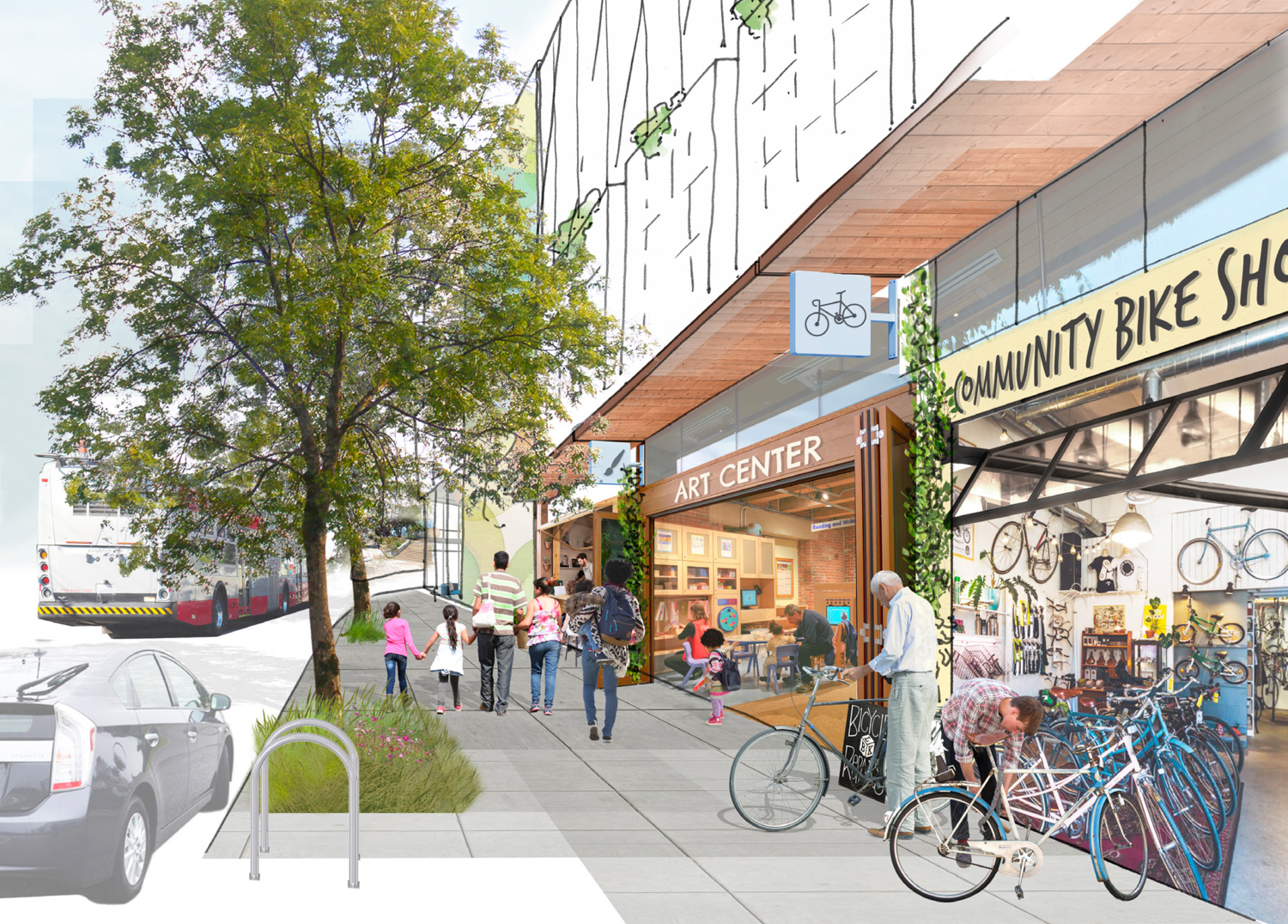 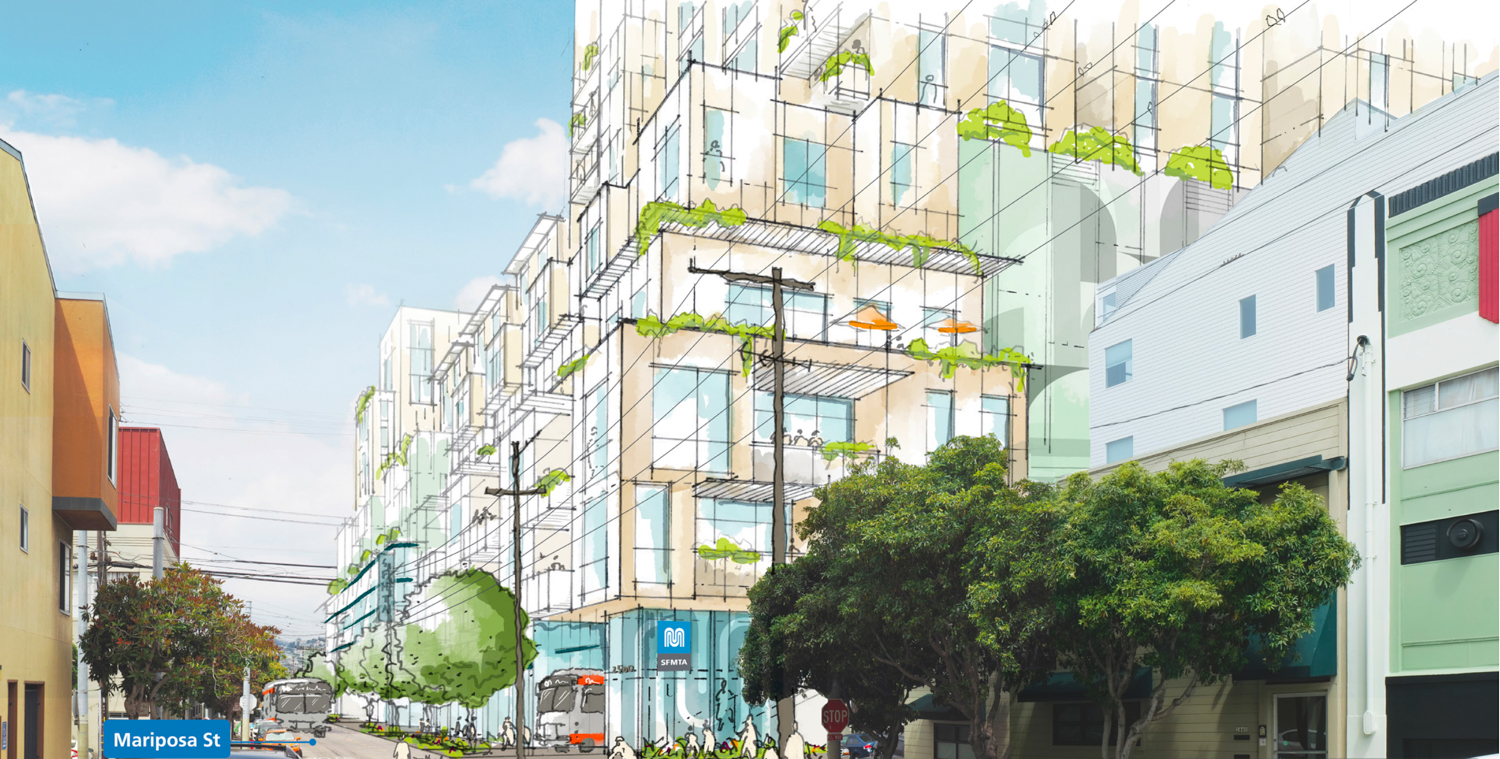 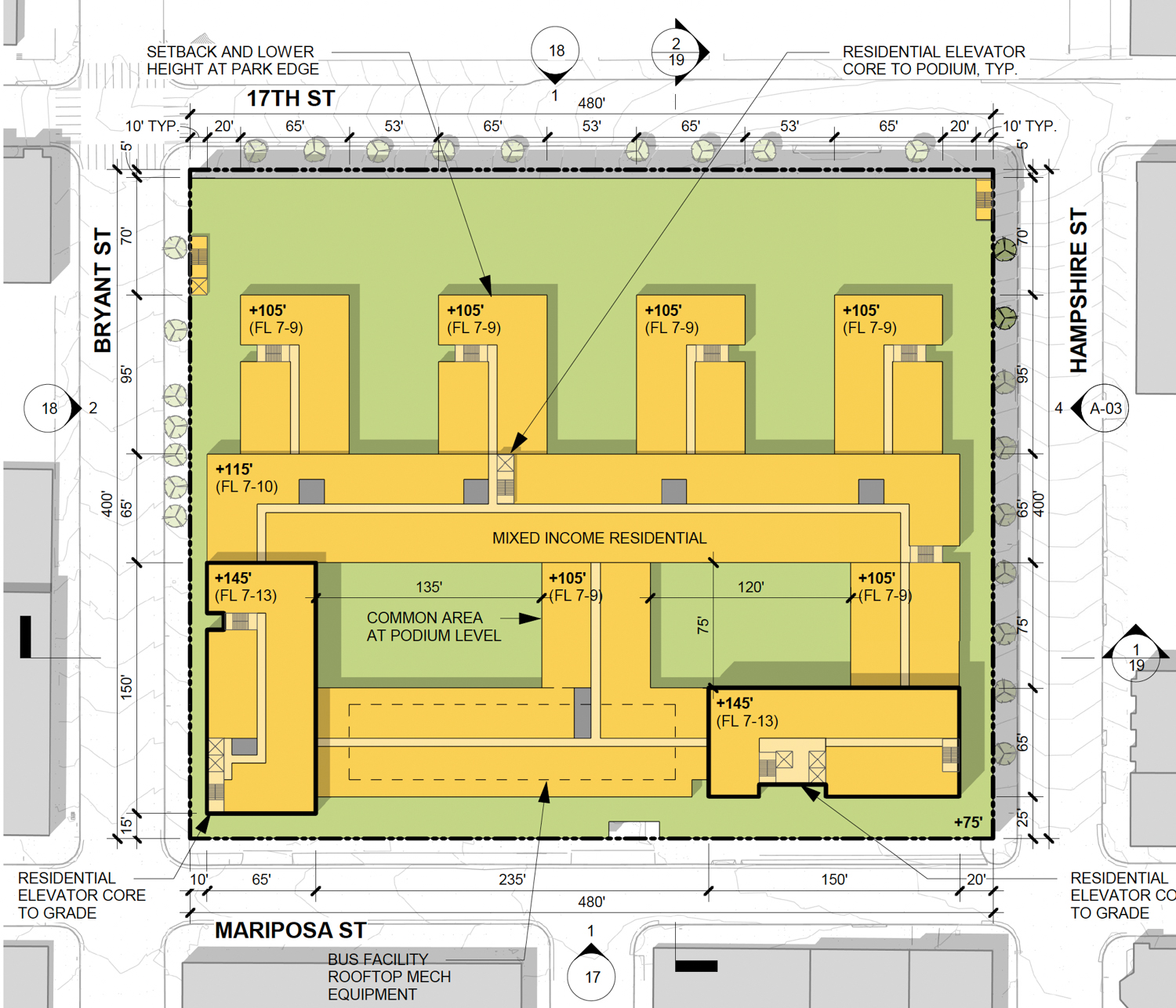 HDR and SiteLab are the project architects, Arup will be the engineer, and SFMTA is the project sponsor. A private partner developer has not yet been announced. The City owns the site.

The project is located by the border with Potrero Hill and SoMa, across Franklin Square and the KQED Headquarters. The 16th Street Mission BART Station is 15 minutes away on foot. 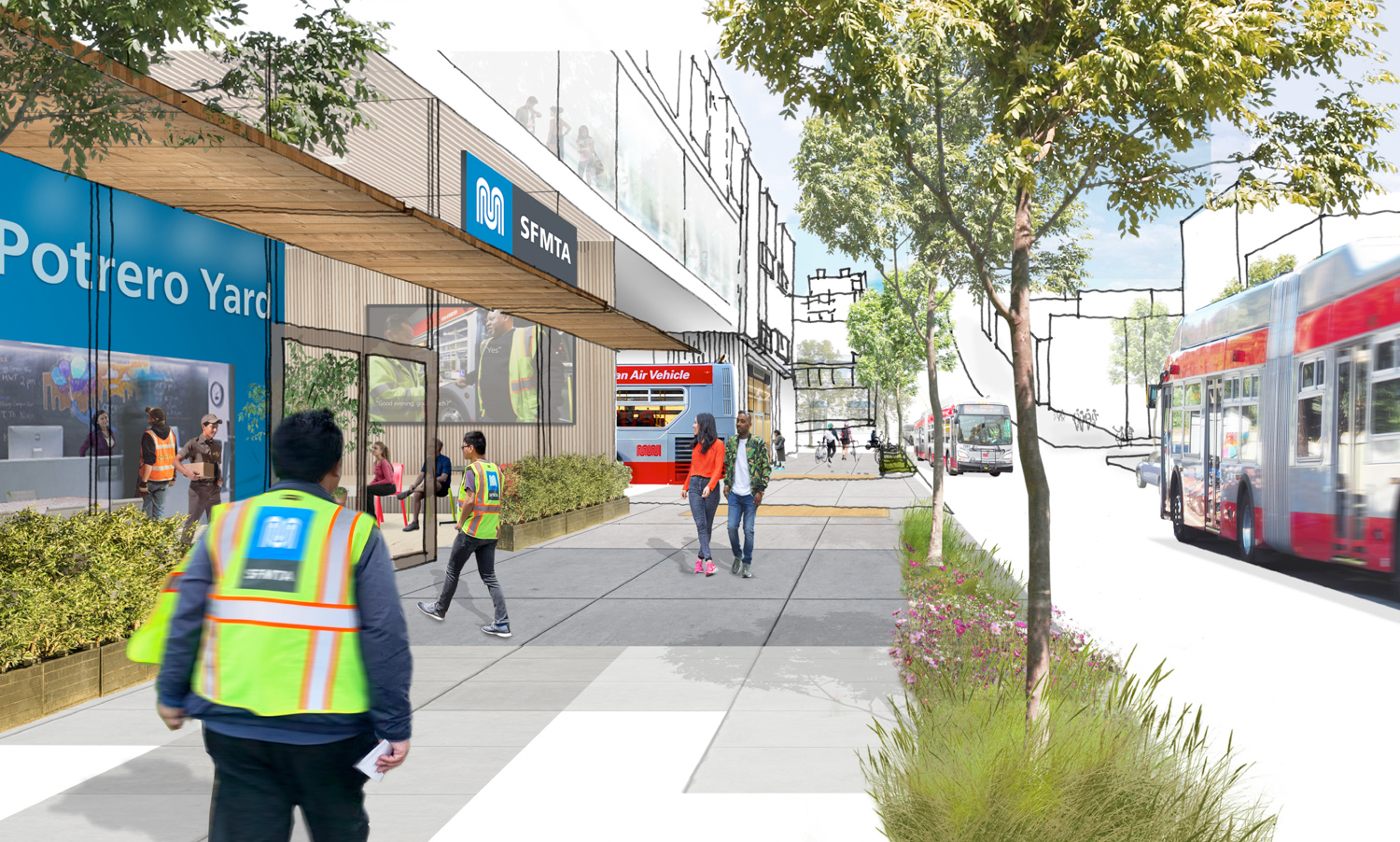 One of the 2500 Mariposa Street SFMTA entrance, rendering by Sitelab Urban Studio

The SFMTA estimates that the project will take three to four years the complete. They are targeting to have groundbreaking in 2023 and occupancy as early as the end of 2026. Construction is expected to cost half a billion dollars.

The planning department is currently accepting public comment, with the draft hearing scheduled for late August.