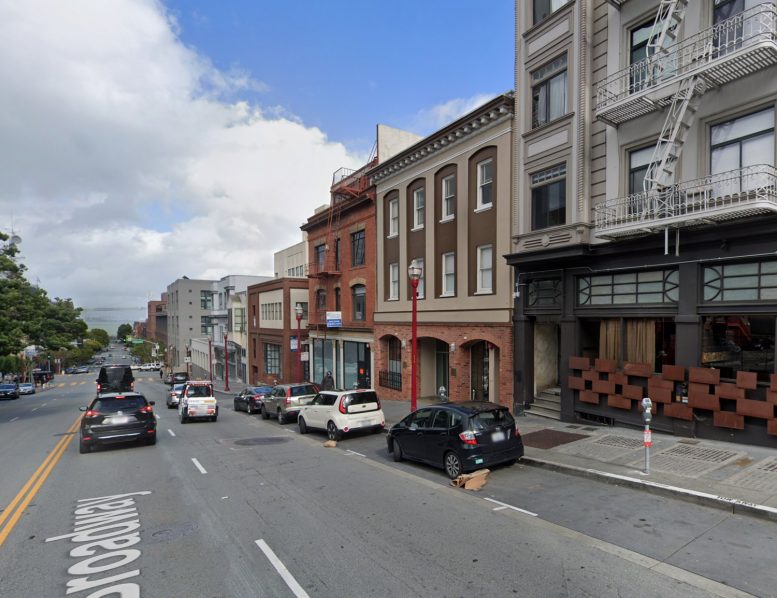 The proposed redevelopment will gut the three-story structure, dedicated 5,420 square feet of the 8,770 square feet for residential use. Senior residents will have access to amenities on the rooftop terrace with a lounge space and landscaping. Residents will be close to the Exploratorium along the Embarcadero, with Portsmouth Square seven minutes away and the Embarcadero BART Station fifteen minutes away on foot.

ED2 International is responsible for the architectural work. The odd L-shaped floorplan will have a long interior hallway extending from Broadway to Bartol Street. Five units will be fit into the ground level, with eight units on the second and third floor.

City records show that the property was last sold in December 2012 for $2.85 million.

Be the first to comment on "Small Office-to-Housing Proposed for 369 Broadway, Financial District, San Francisco"