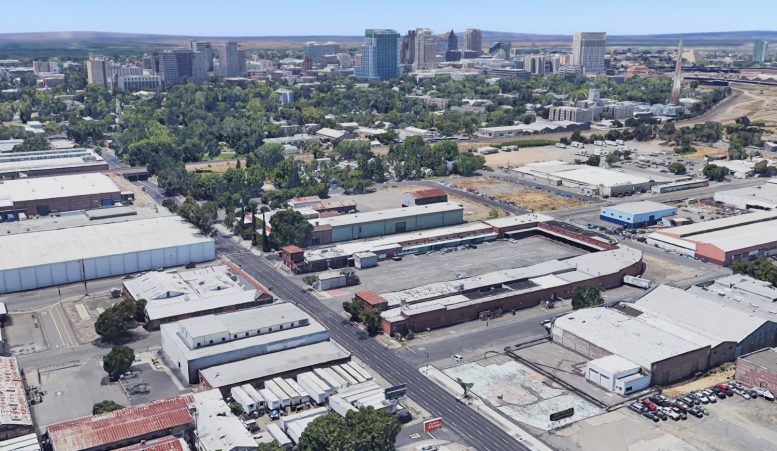 200, 211, and 215 North 16th Street with the Sacramento skyline in the background, image via Google Satellite

Planning applications have been filed for a new three-block mixed-use development at 200, 211, and 215 North 16th Street, located on the outskirts of Downtown Sacramento within the River District Special Planning District. If built, the project would expand the urban core with 540 new dwelling units and roughly 70,000 square feet of commercial use. Bauen Capital is responsible for the development.

According to reporting by Sacramento Business Journal, of the 540 units, Bauen Capital will build 250 in a seven-story structure on 200 North 16th Street, the tallest building in the project. The taller building will rise between the existing brick building. A portion of the brick building will be integrated into another five-story apartment with 100 units, while the rest will be for commercial use. 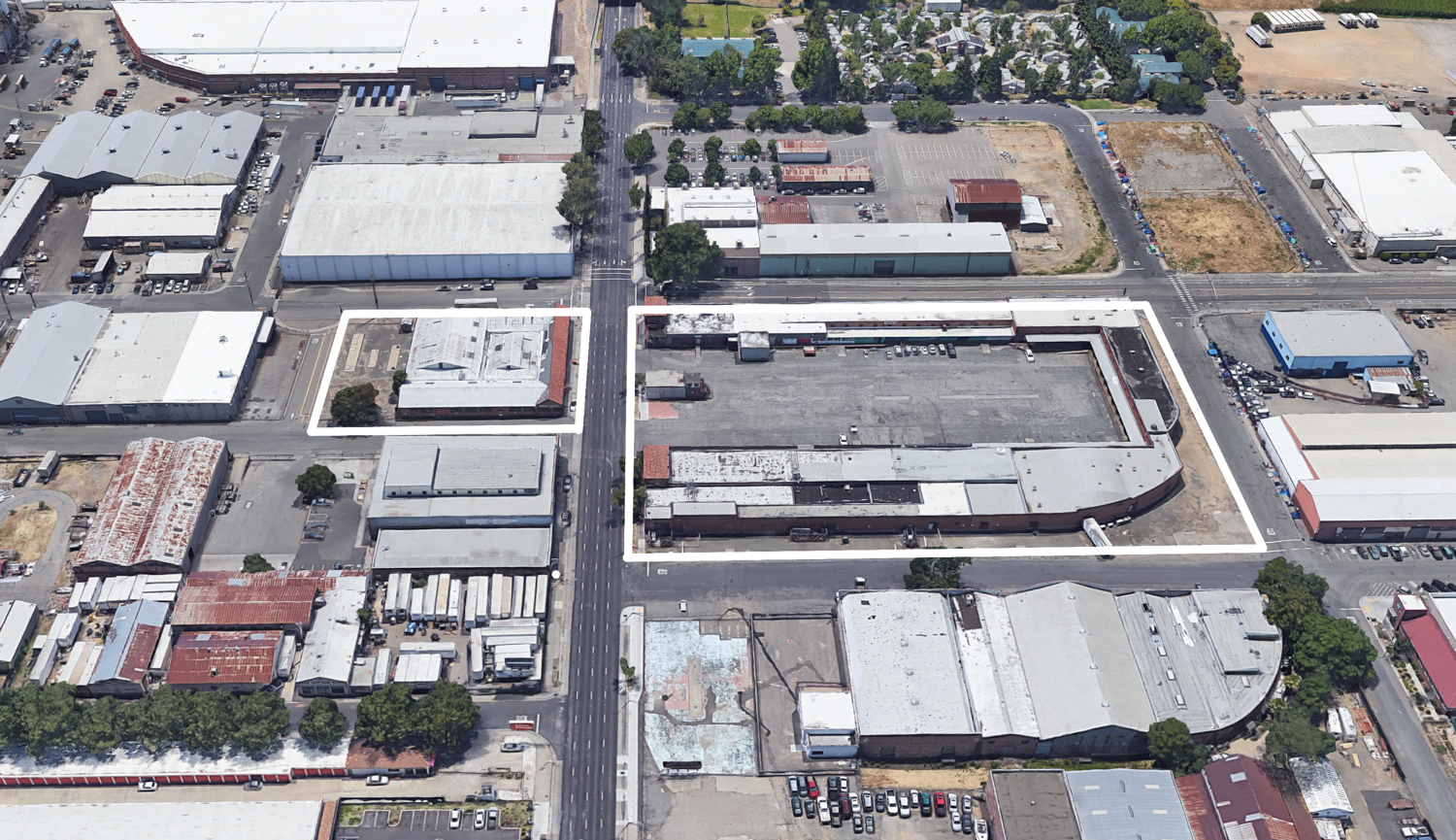 Permits show the development will span 445,470 square feet of gross floor area, excluding parking for 275 vehicles. Bauen Capital will integrate roughly 70,000 square feet for commercial use into the project. Vrilakas Groen Architects will be responsible for the design.

Development will add a significant residential project in an area currently dominated by low-rise industrial warehouse and low-density housing. The area is serviced by a SACRT bus line.

City records show the construction job is expected to cost $98 million, with construction to start as early as Spring of 2022.

Be the first to comment on "Large Apartment Proposal for 200-215 North 16th Street, Sacramento"