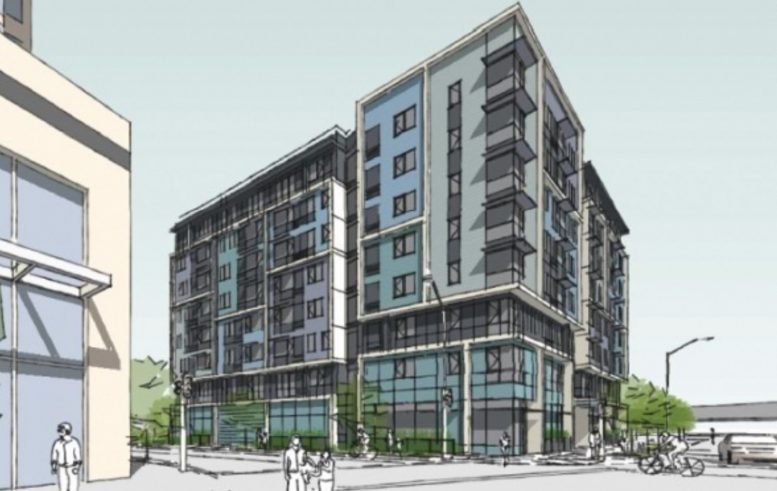 Satellite Affordable Housing Associates has started construction on the eight-story apartment building at 500 Almaden Boulevard in Downtown San Jose. Once complete, the project will add low-income housing in a burgeoning intersection across the street from the 1.8 million square foot 280 Woz Way development and the two million square foot South Almaden Offices. 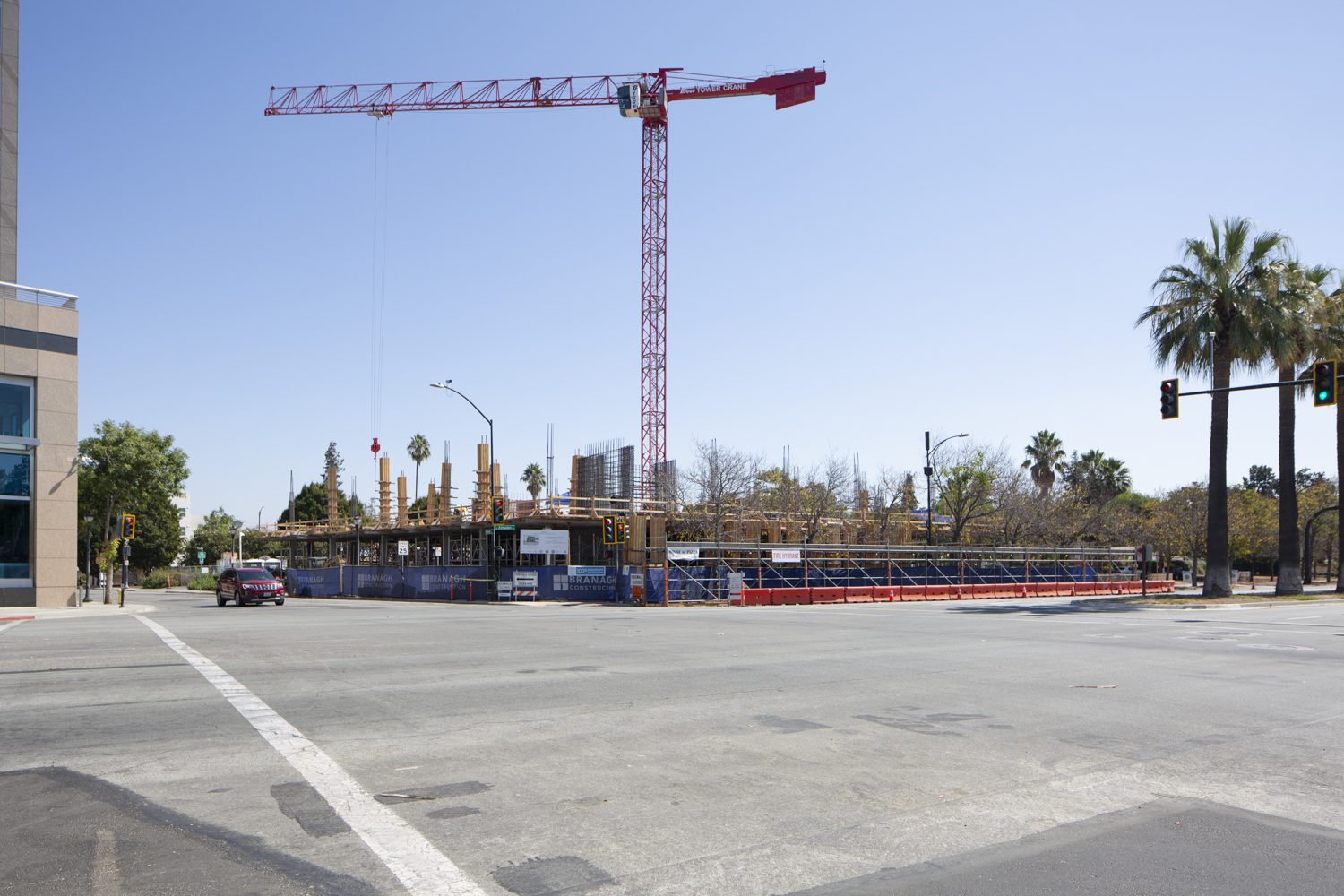 The groundbreaking ceremony was held in late August with Mayor Sam Liccardo, Councilmember Raul Peralez, SAHA, and others in attendance. Now, concrete has now risen past the first floor.

Susan Friedland, CEO of SAHA, announced that “the partnership between the City of San José, the State’s Affordable Housing and Sustainable Communities program, and the VTA will enable SAHA to bring two electric buses as well as bike and pedestrian improvements to the community, in addition to the much-needed affordable housing.” 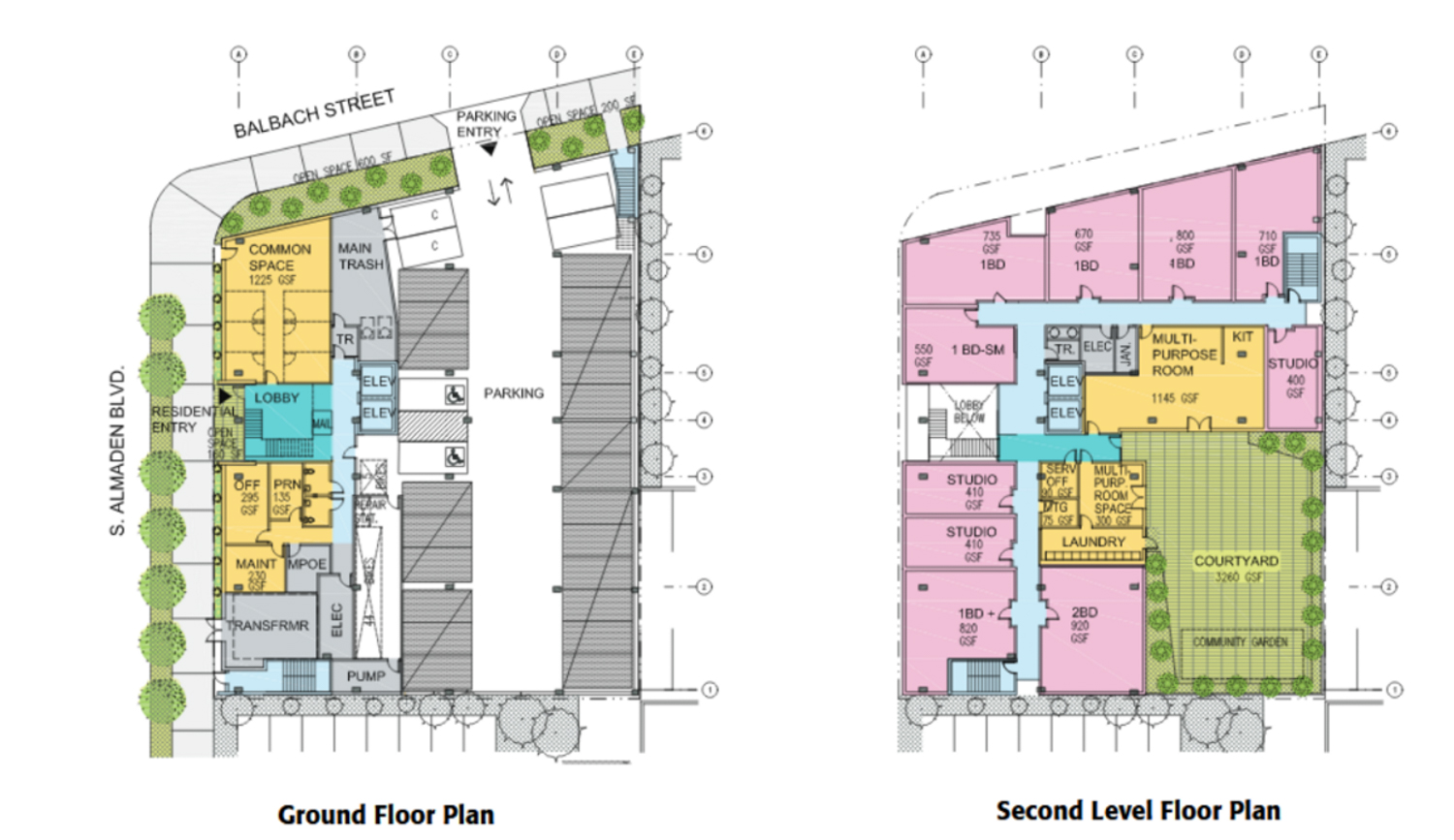 The Mayor added, “It’s heartening to see the traction we are making, despite the pandemic, in building not just affordable housing, but great communities.” 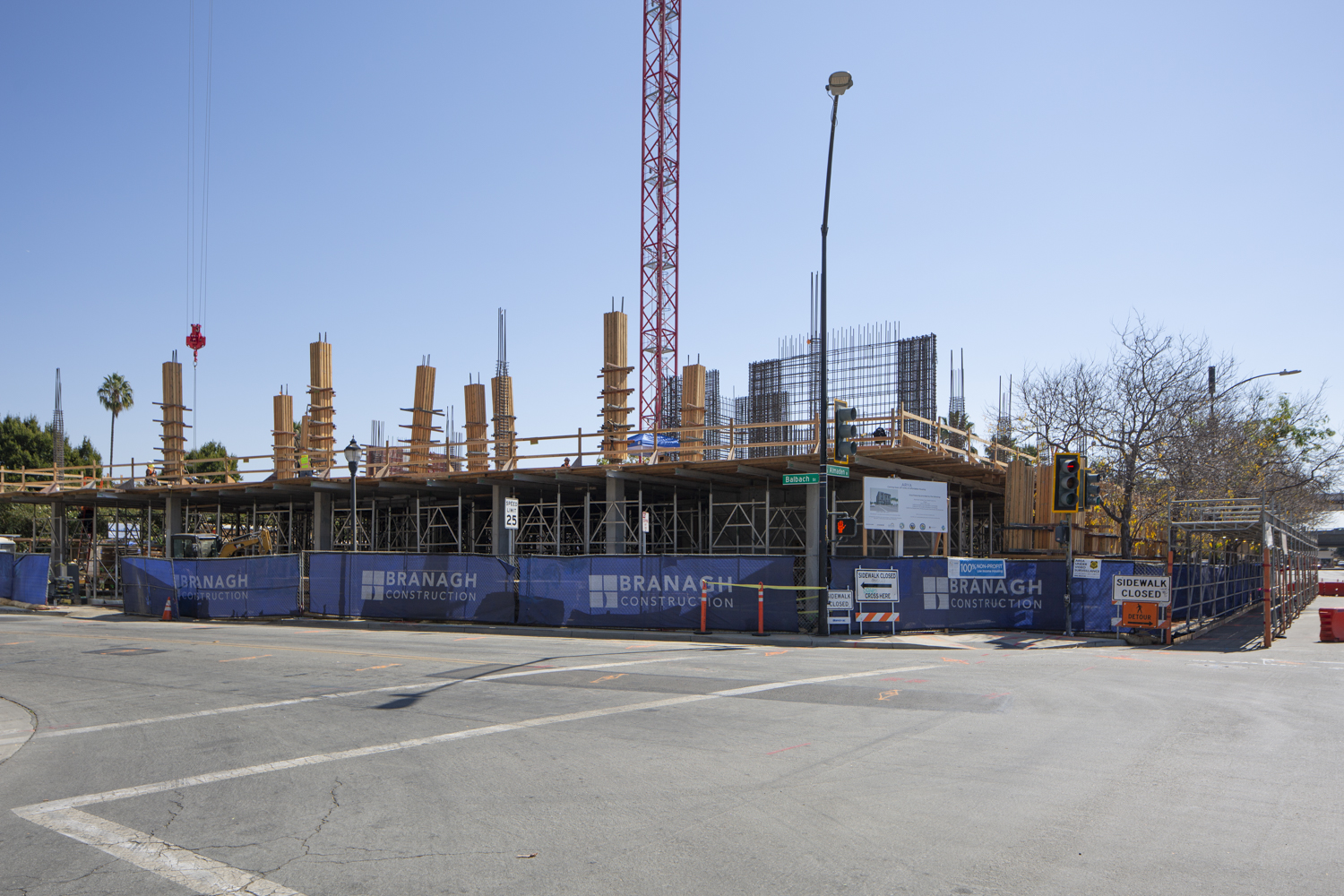 There will be 87 new units built, ranging in size with 19 studios, 54 one-bedrooms, and 14 two-bedroom units. Construction is expected to last two years, adding affordable units for residents earning between 30-60% of the Area Median Income. One unit will be set aside for an on-site manager.

Development is expected to cost $55 million, with financing coming from the City of San Jose, HCD Affordable Housing and Sustainable Communities Program, and tax credits.

Be the first to comment on "Concrete Rising for Arya at 500 Almaden Boulevard, Downtown San Jose"