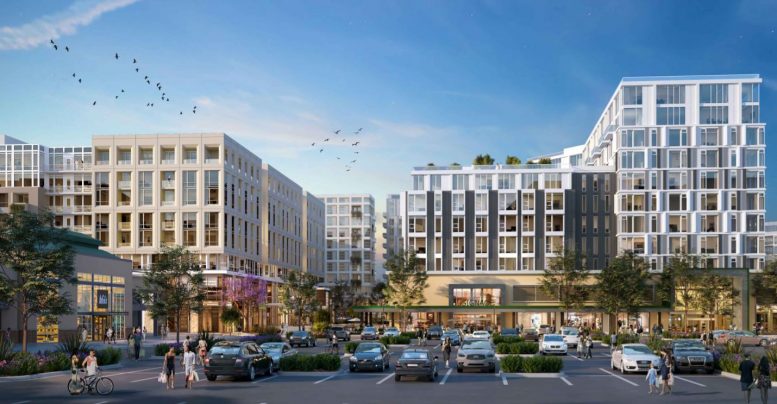 View Looking Toward West via KTGY 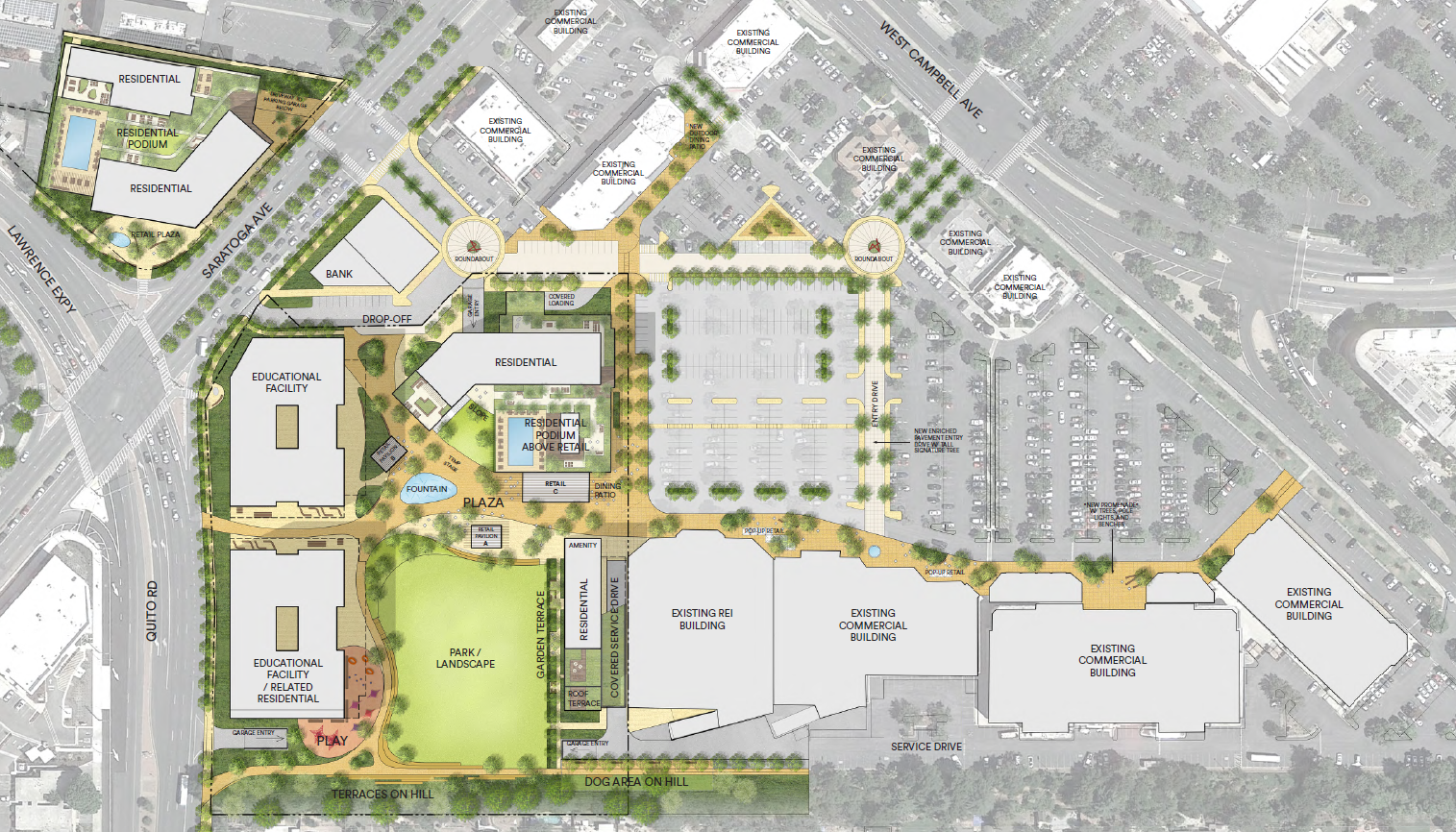 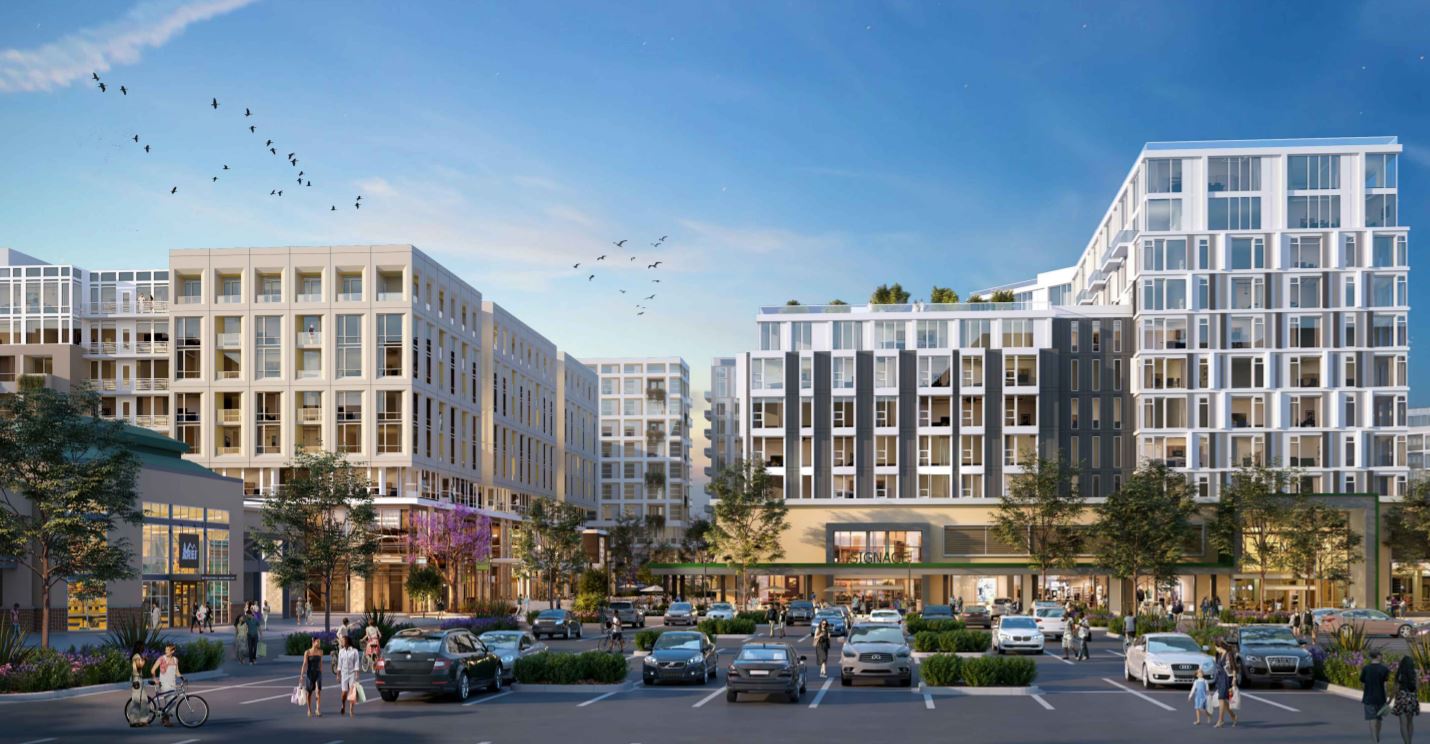 View Looking Toward West via KTGY

The developer has decided that the mixed-use project will be a Non-Education. Under the Non-Education Mixed-Use option, the proposed uses will be provided in three buildings ranging from eight to eleven stories, achieving a height of 145 feet. This option will offer up to 1,100 multi-family units and 165,000 square feet of commercial space.

Under the Education Mixed-Use option, the proposed uses would have been provided in four buildings ranging from seven to 10 stories, rising to a height of 130 feet. This option would have featured up to 730 multi-family units, 66,000 square feet of commercial space, a K-12 private school, and a 200-room dorm facility.

The project is under review and a meeting will be scheduled in November 2021. 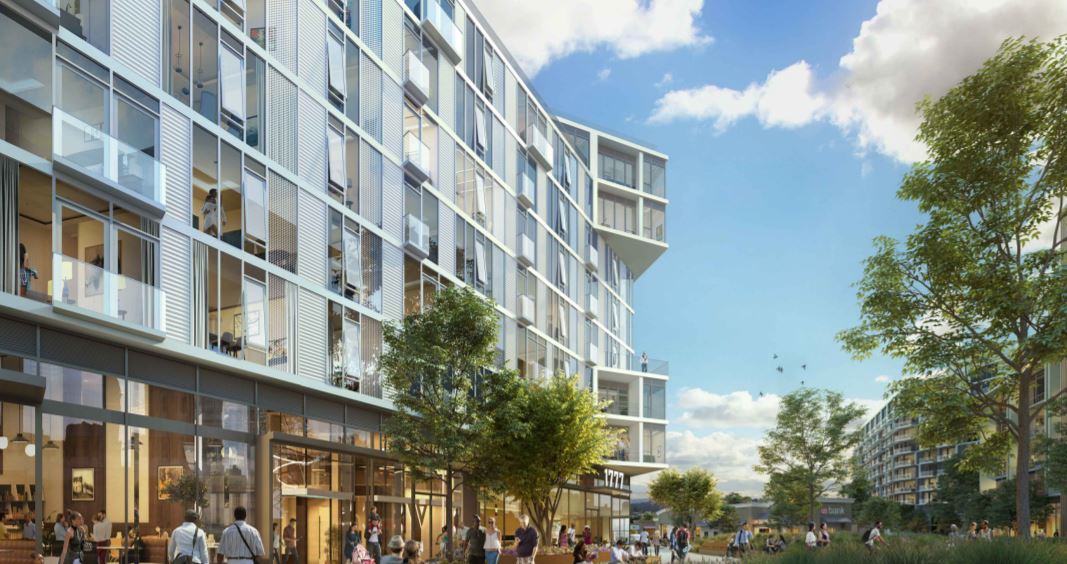