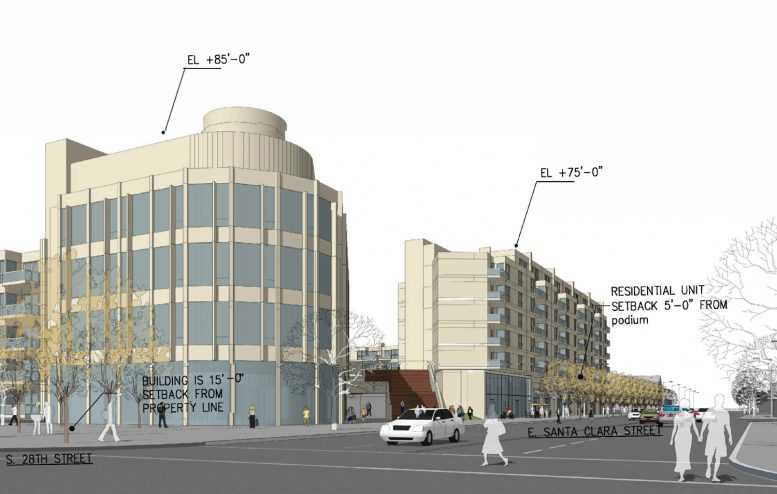 The recent proposal will rise 85 feet tall to yield 221,320 square feet and create 309 residential units and 60,330 square feet of commercial space. Residential amenities include a podium-capping garden and pool with space for lounging on the third floor. Residences on the 7th floor will include spiral staircases leading up to a loft floor facing East Santa Clara Street. 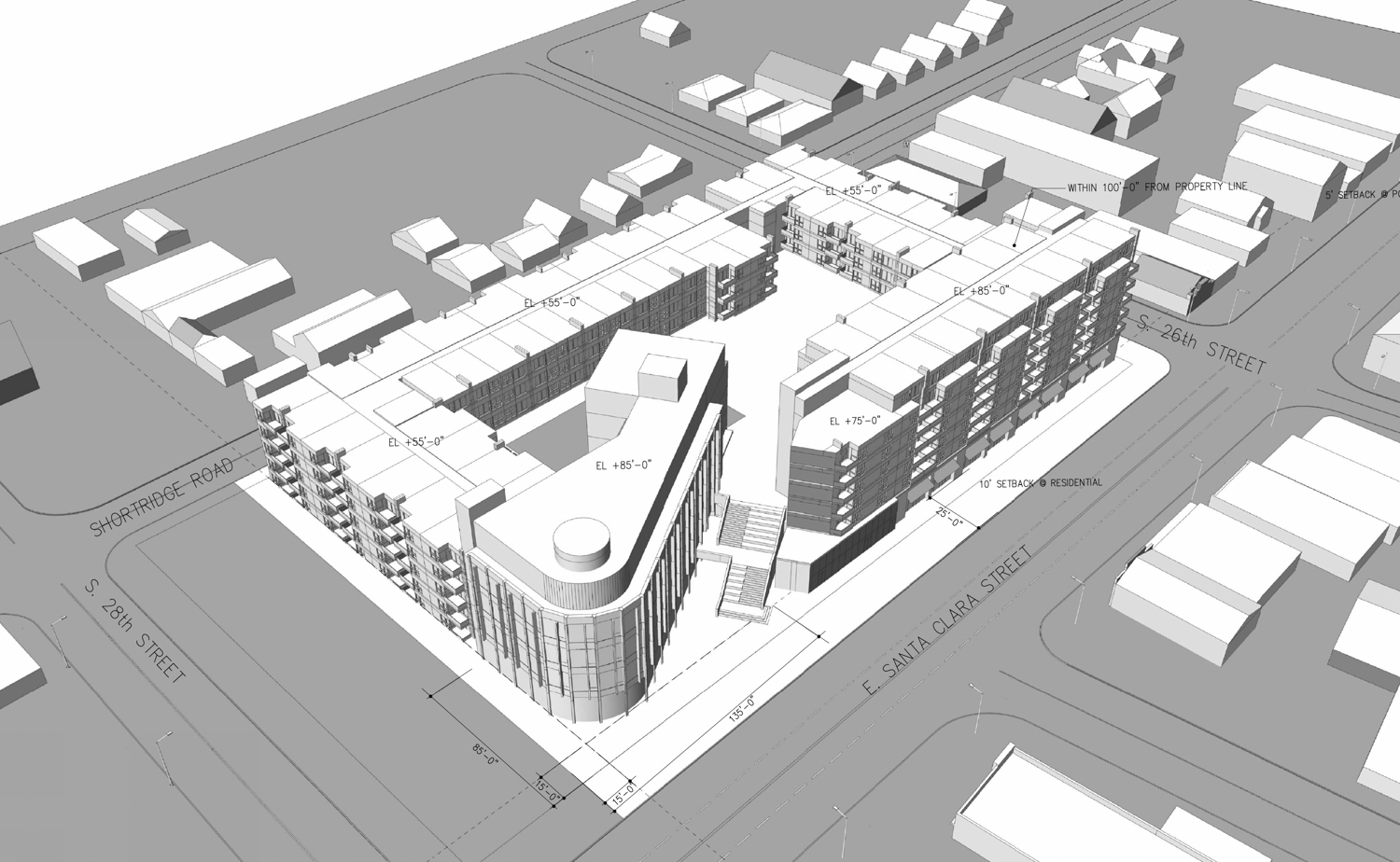 According to the recently filed Transportation Analysis by Hexagon Transporation Consultants, “the conceptual site plan shows a development scheme consisting of 309 apartment units and 60,330 square-feet of commercial space. However, the TA evaluated the maximum development potential on the site (e.g. 408-units scenario).”

Parking will be included for between roughly 440 vehicles across three floors, including one level below-ground. The area is serviced by VTA and is twelve minutes from North San Jose’s Berryessa BART station by bicycle. By 2030, residents should find close access to the 28th Street Little Portugal BART Station. 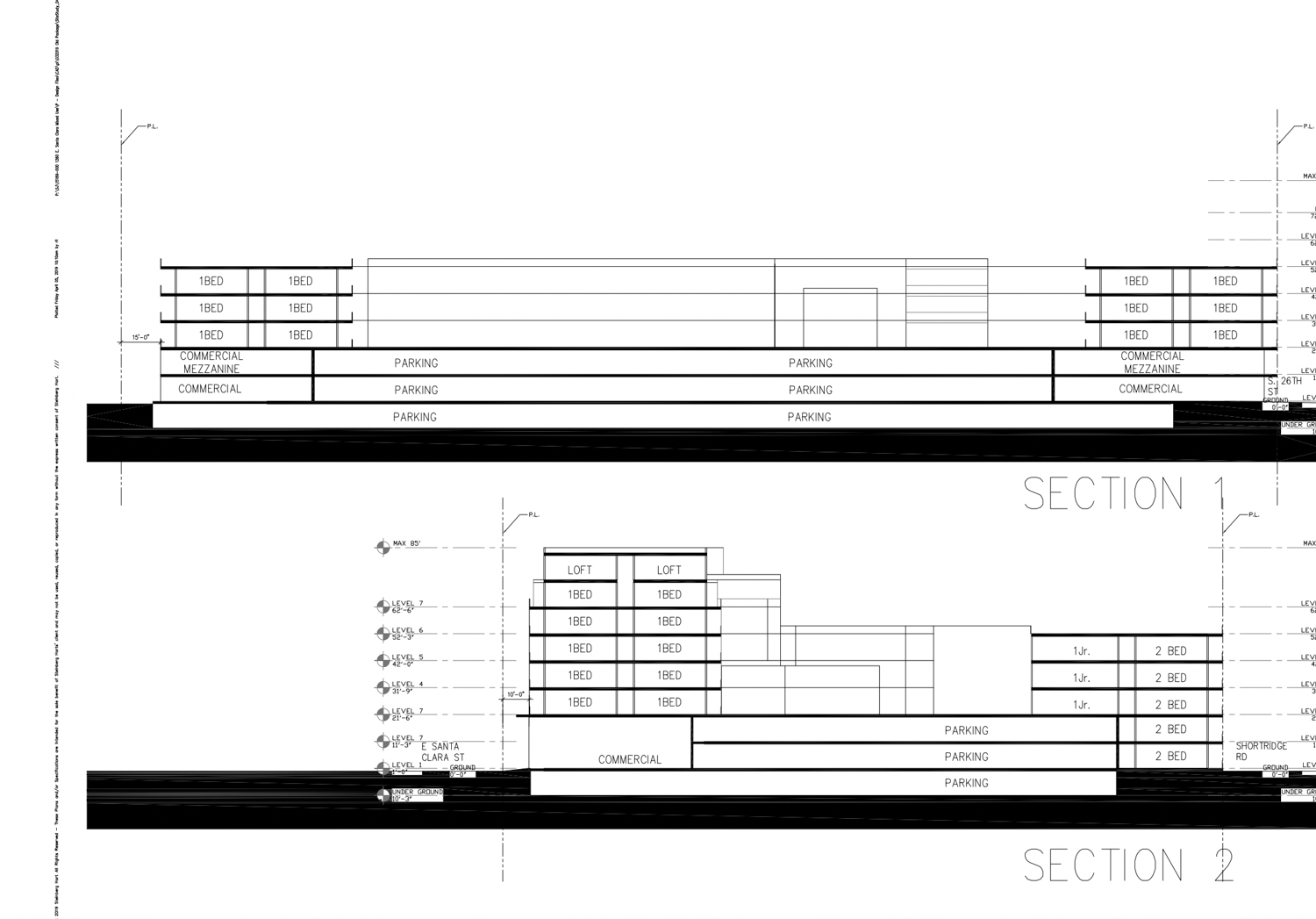 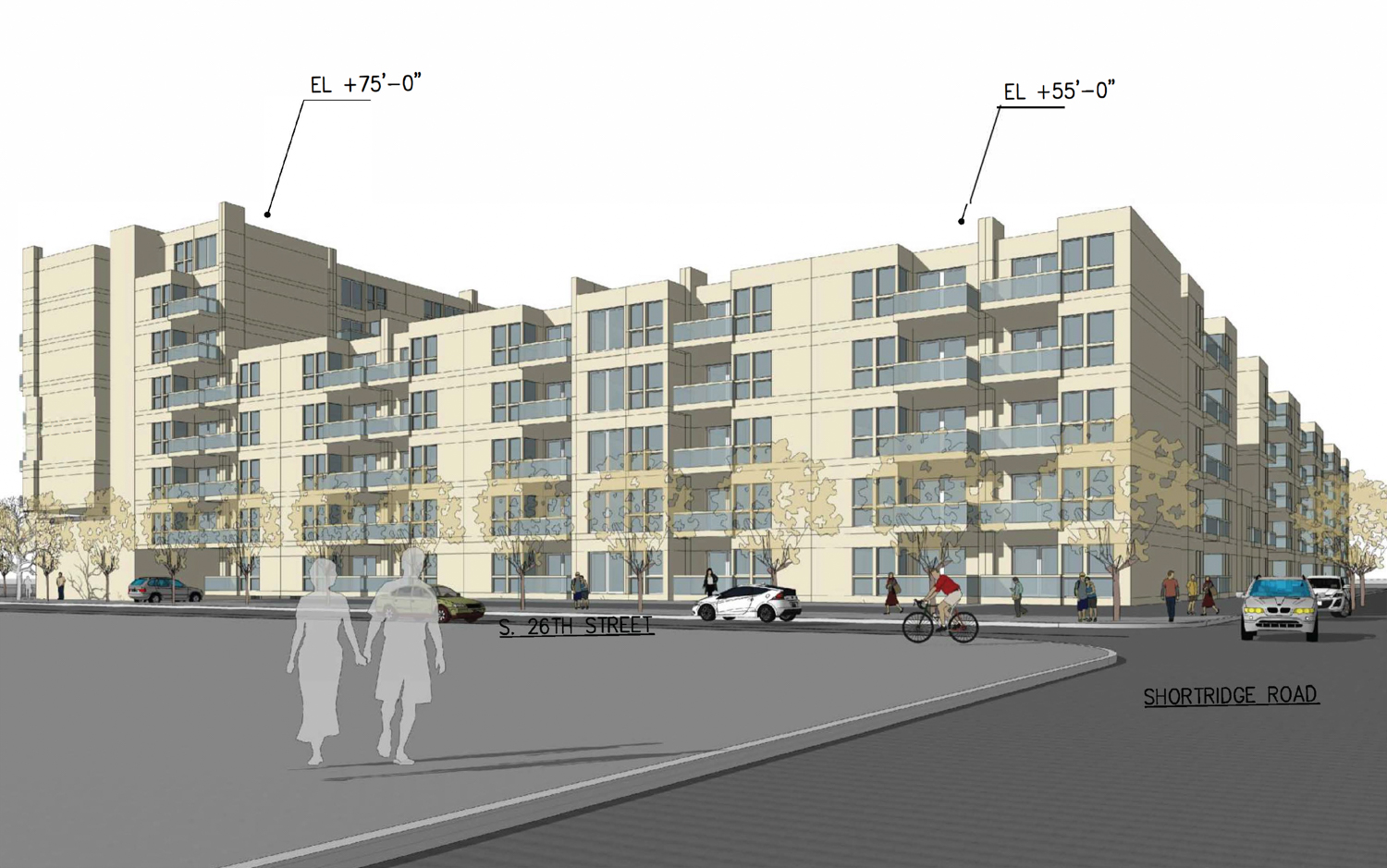 Starting in 1912, 1260 East Santa Clara Street has seen a series of lumber businesses operate from its location. In 1980, the property changed hands again and the Empire Lumber Company was established by Roger Burch. Since the early 2000s, most of the lumber-related buildings had been torn down, save for some circa 1912, and a used car dealership has been operating from the property. 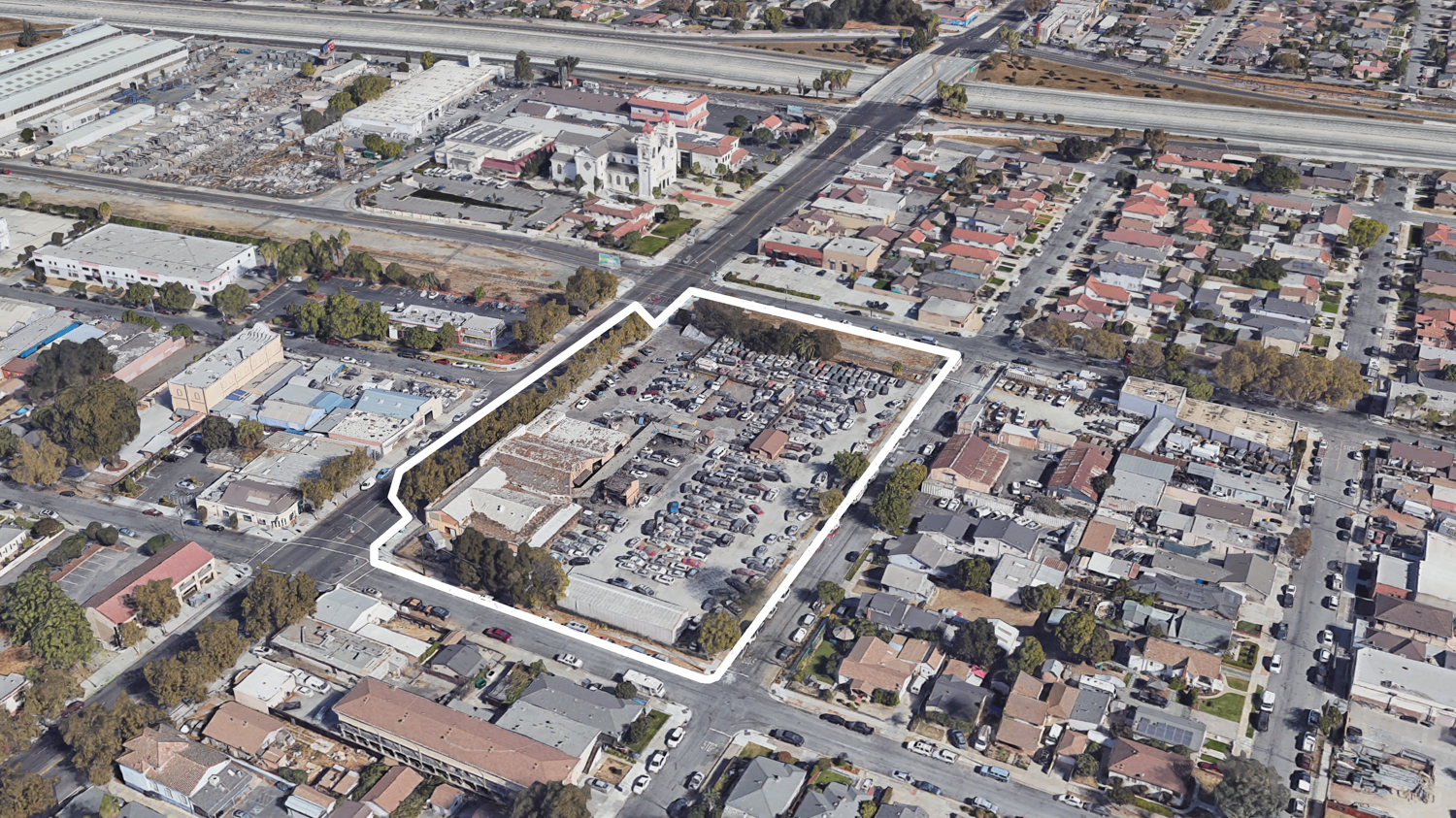 This recent Empire Lumber mixed-use proposal originates from a 2015 application, though Roger Burch has reportedly been attempting to build on the 2.77-acre property for around two decades. Steinberg Hart is the architect, HMH is the civil engineer and the Guzzardo Partnership is responsible for future landscape architecture.