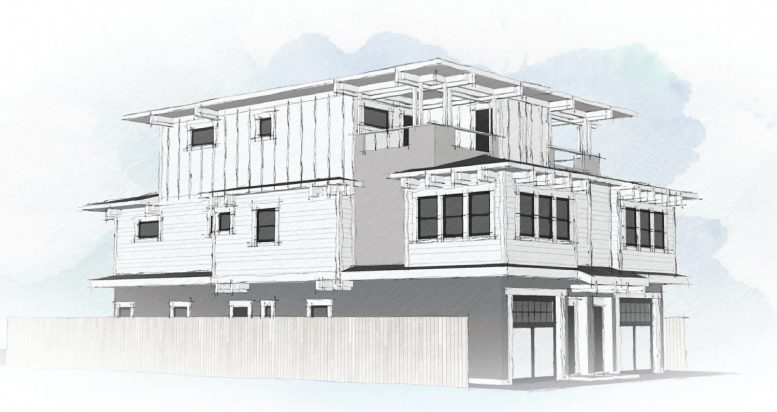 Permits have been filed to construct new three-story housing on the rear of 1514 E Street along Eggplant Alley in Downtown Sacramento. The project would add two new townhome-style houses to the lively Mansion Flats neighborhood. Hausman Architecture is responsible for the design. 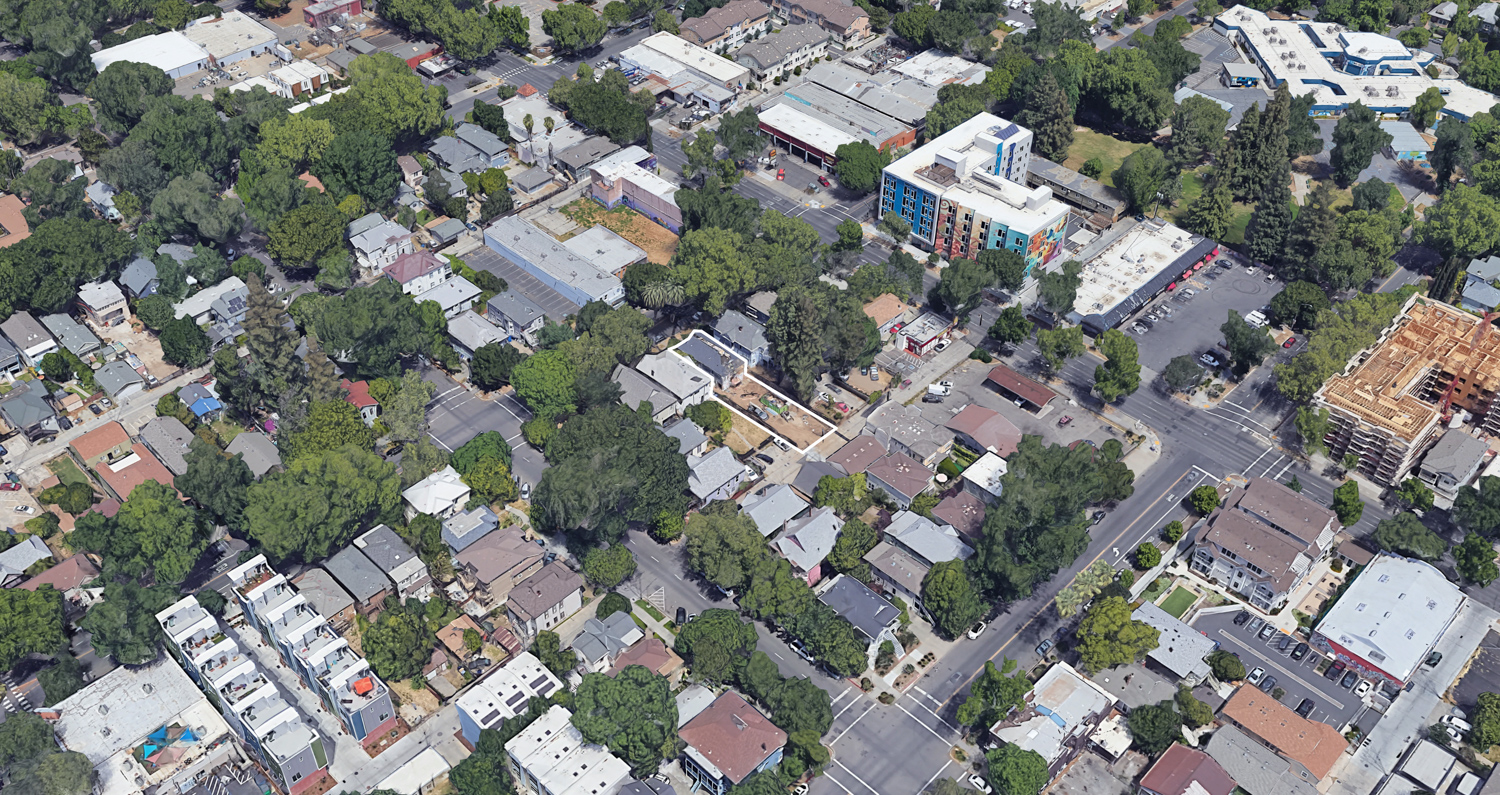 Both 1513 Eggplant Alley and 1515 Eggplant Alley will rise from a 1,571 square foot lot, covering just over half the land area to yield 2,370 square feet of built area. The project will rise 35 feet tall to yield 4,740 square feet total, split evenly between the two units. Both households will have on-site parking and a third-floor deck overlooking the Sacramento skyline. 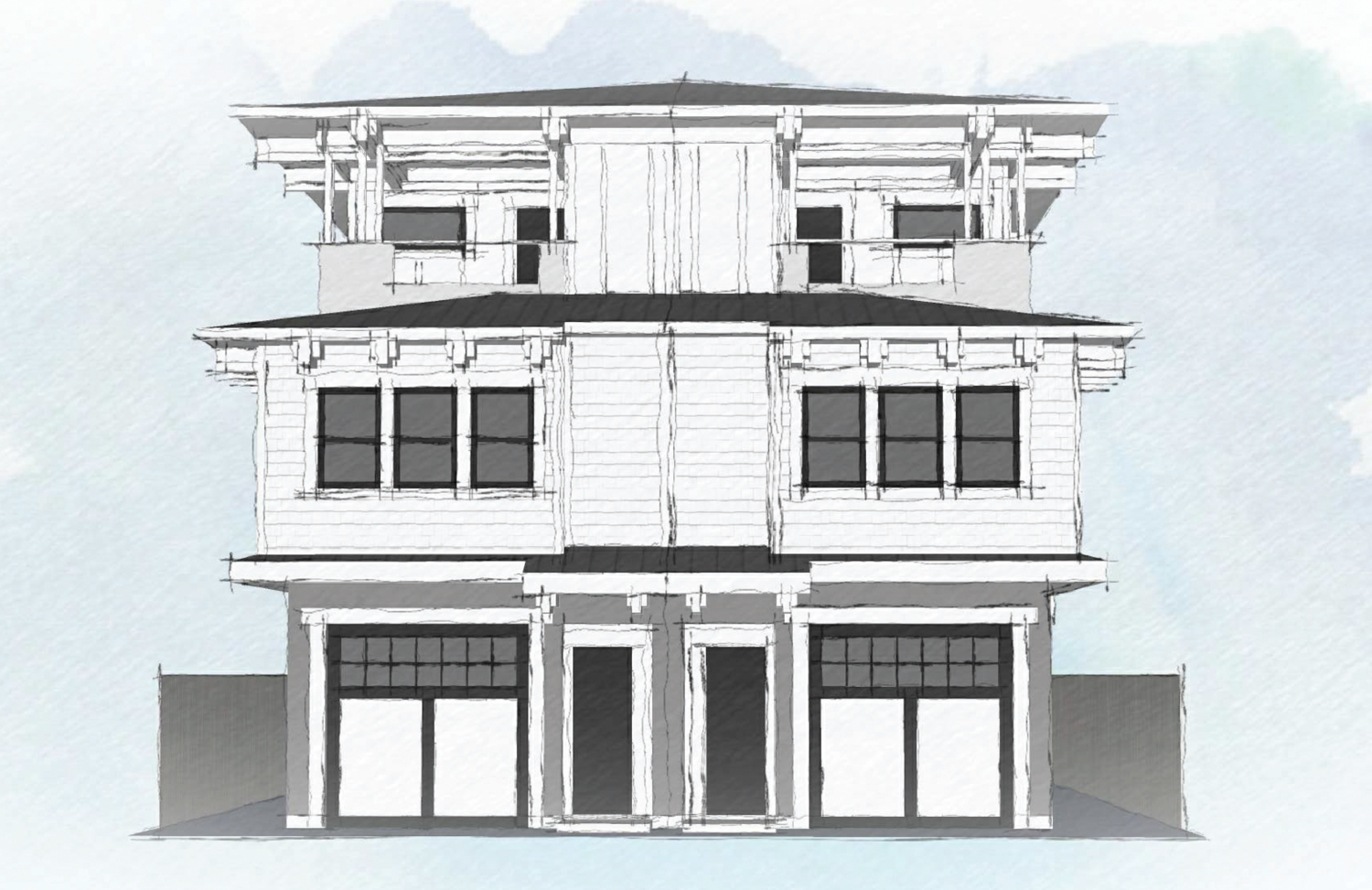 The proposal is rising between 15th and 16th Street, nearby several other recently complete and rising apartment complexes. The 95-unit Eleanor Apartments by SKK and completed in the Summer of this year, is half a block away. DesCor Builders has applied for the hotel-to-housing conversion of a Holiday Inn Hotel at 728 16th Street a few blocks down. 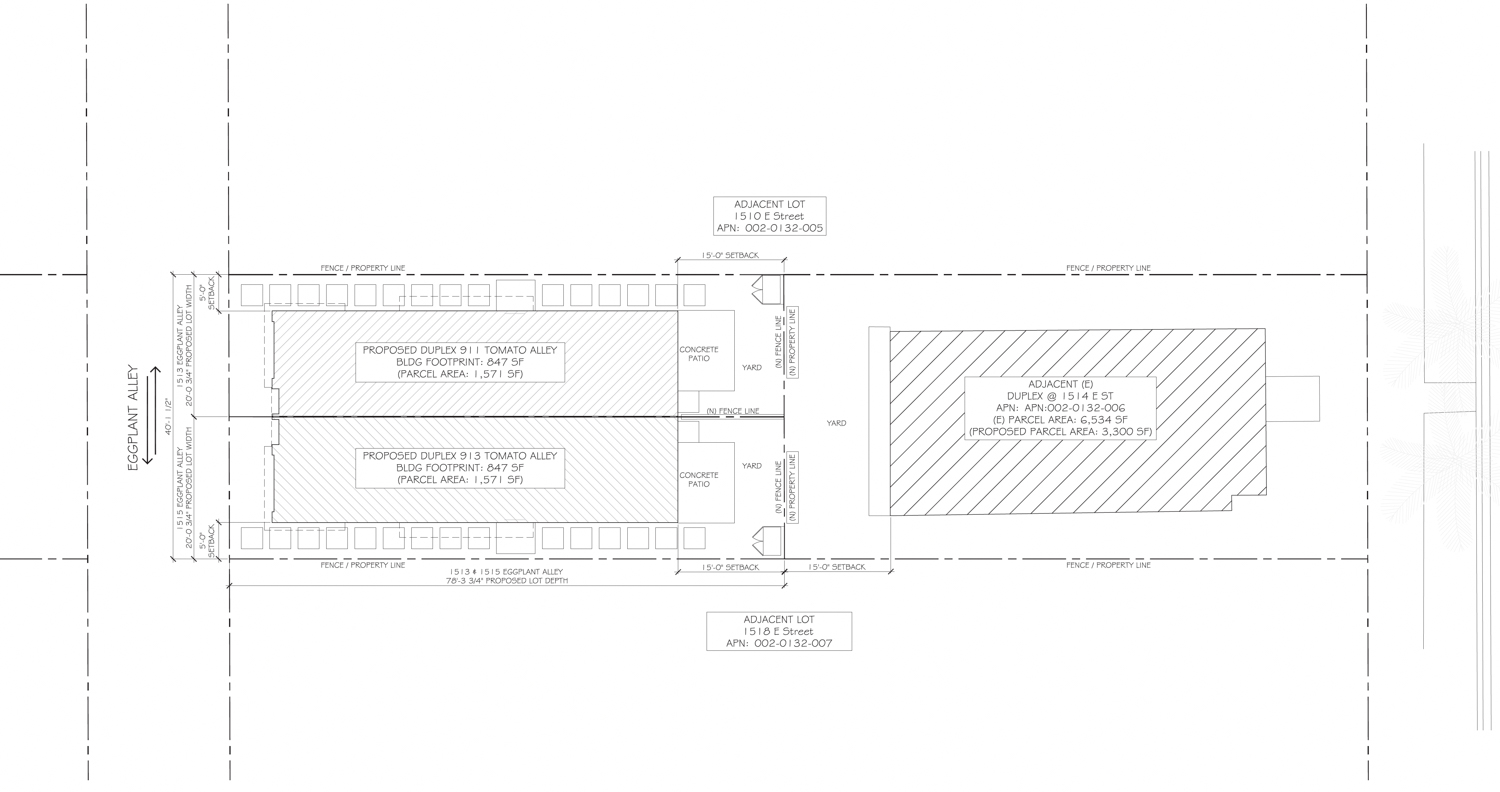 1514 E St LLC is responsible for the development as the property owner. An existing 6,530 square foot duplex at 1514 E Street will remain untouched by the development. The California State Capitol Park is fifteen minutes away on foot, with retail and offices in between.