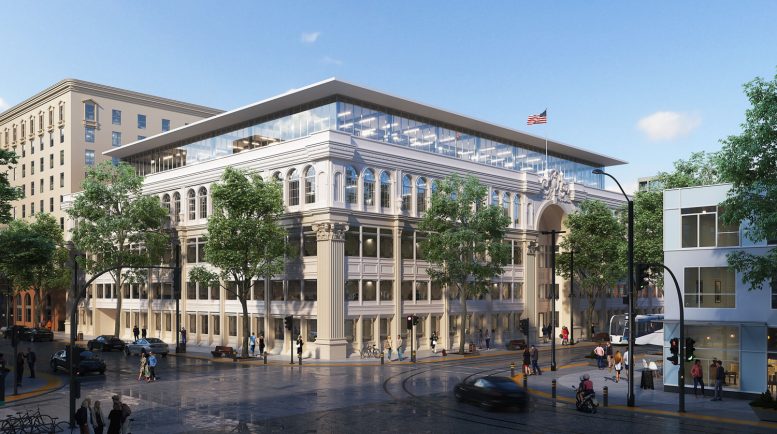 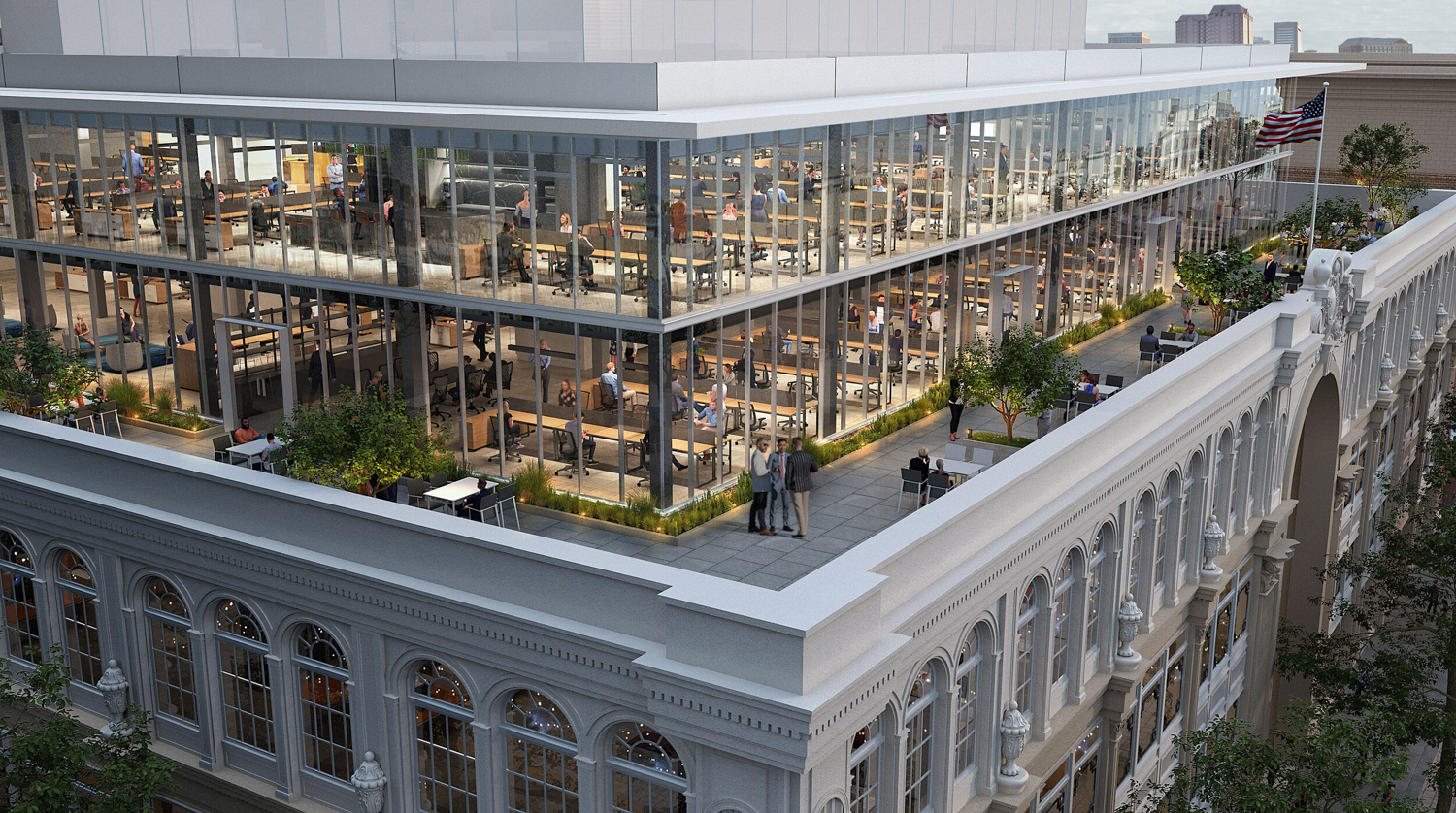 Vrilakas Groen Architects is responsible for the design. As published on the firm’s website, “the proposed two-story addition to the structure seeks to invigorate the building with a simple modern form that steps back from the ornate facade while providing a contrast intended to highlight the original rich detailing of this historic resource.”

The Sacramento-based architecture firm’s addition will be set back twenty feet from the parapet, except for along the utilitarian alleyway on the south of the building, apparently so as not to panic pedestrians with a slightly higher building. “​​The new glass and steel structure draws inspiration from the formal datum lines on the historic building, but uses contemporary materials to differentiate the addition from the historic building,” according to the project application. 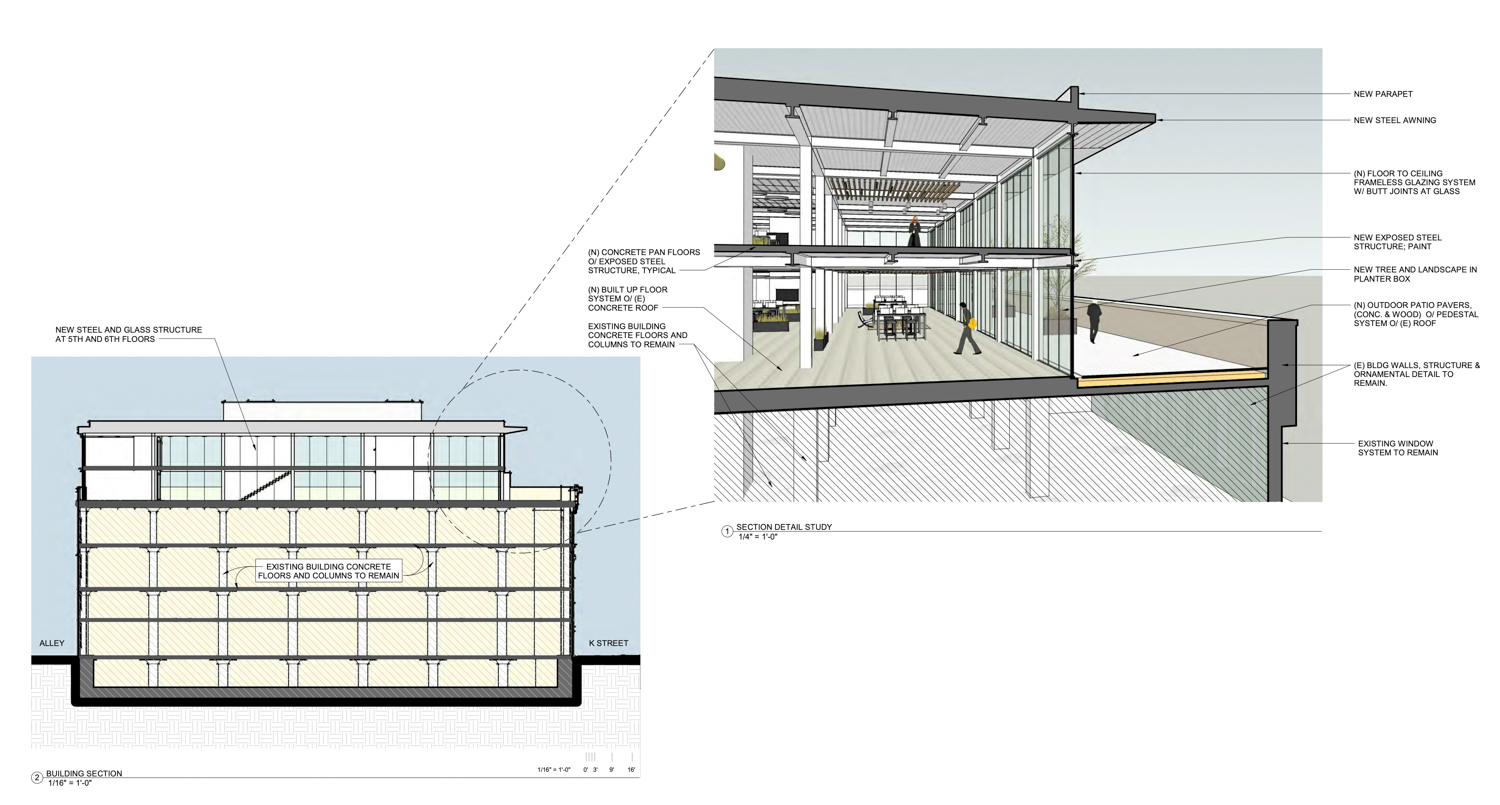 Once complete, the development will stand 74 feet above the street, with 192,000 square feet across six floors. The two additional levels will each contribute 21,000 square feet, while the basement through the fourth floor contains roughly 32,000 square feet, save for the mezzanine. Parking will be included on-site for 29 bicycles and no vehicles. The building is two blocks away from Sacramento’s largest parking garage. 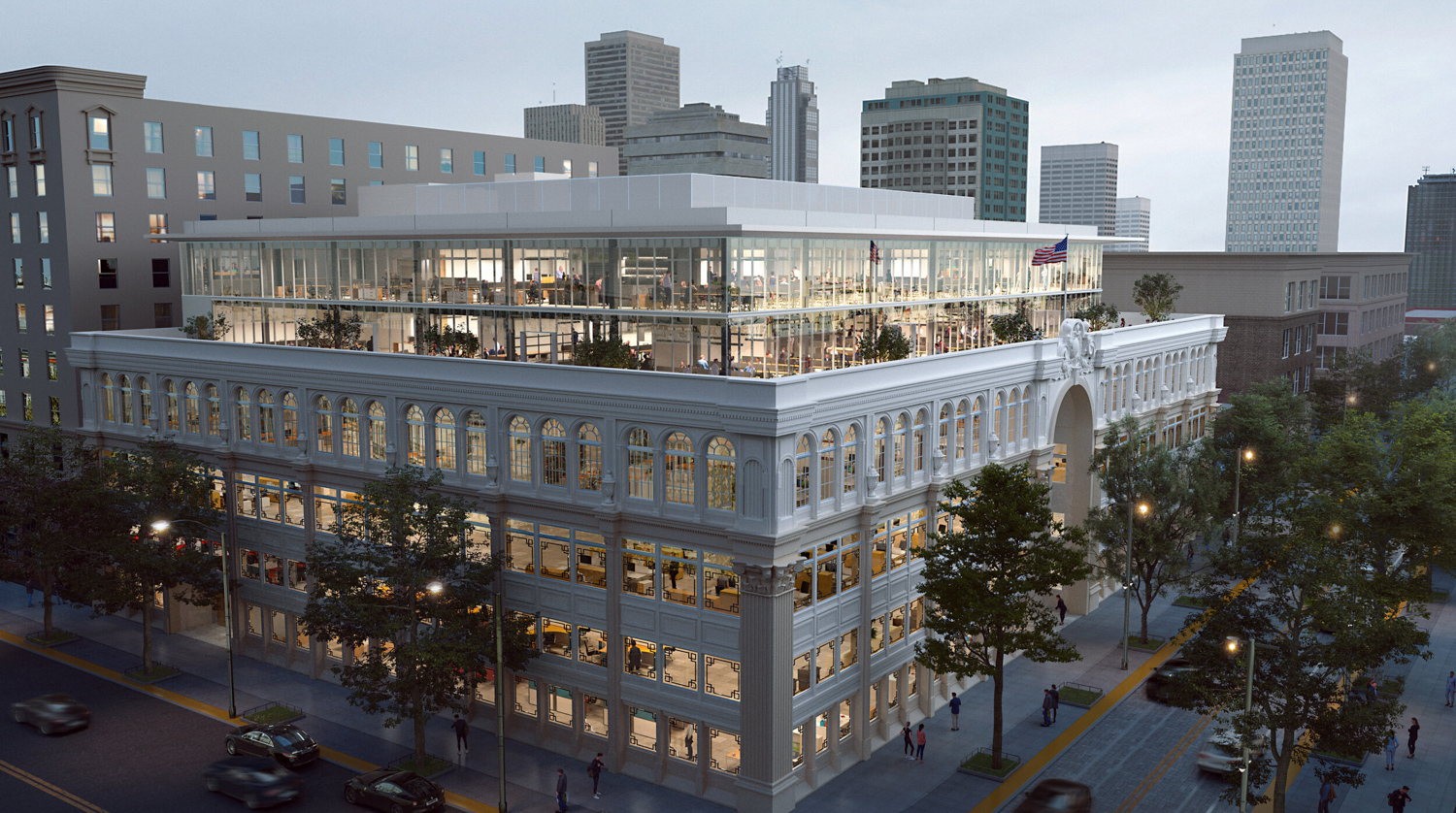 A major selling point for the development is that it will rehabilitate and maintain the Weinstock, Lubin & Company Building. The historic structure opened in 1924 as a department store, though recently it was converted to an office building in 1979. Construction will maintain the facade’s ornamentation and decorative terracotta tiles which contain a mix of Beaux-Arts and Classical design elements. 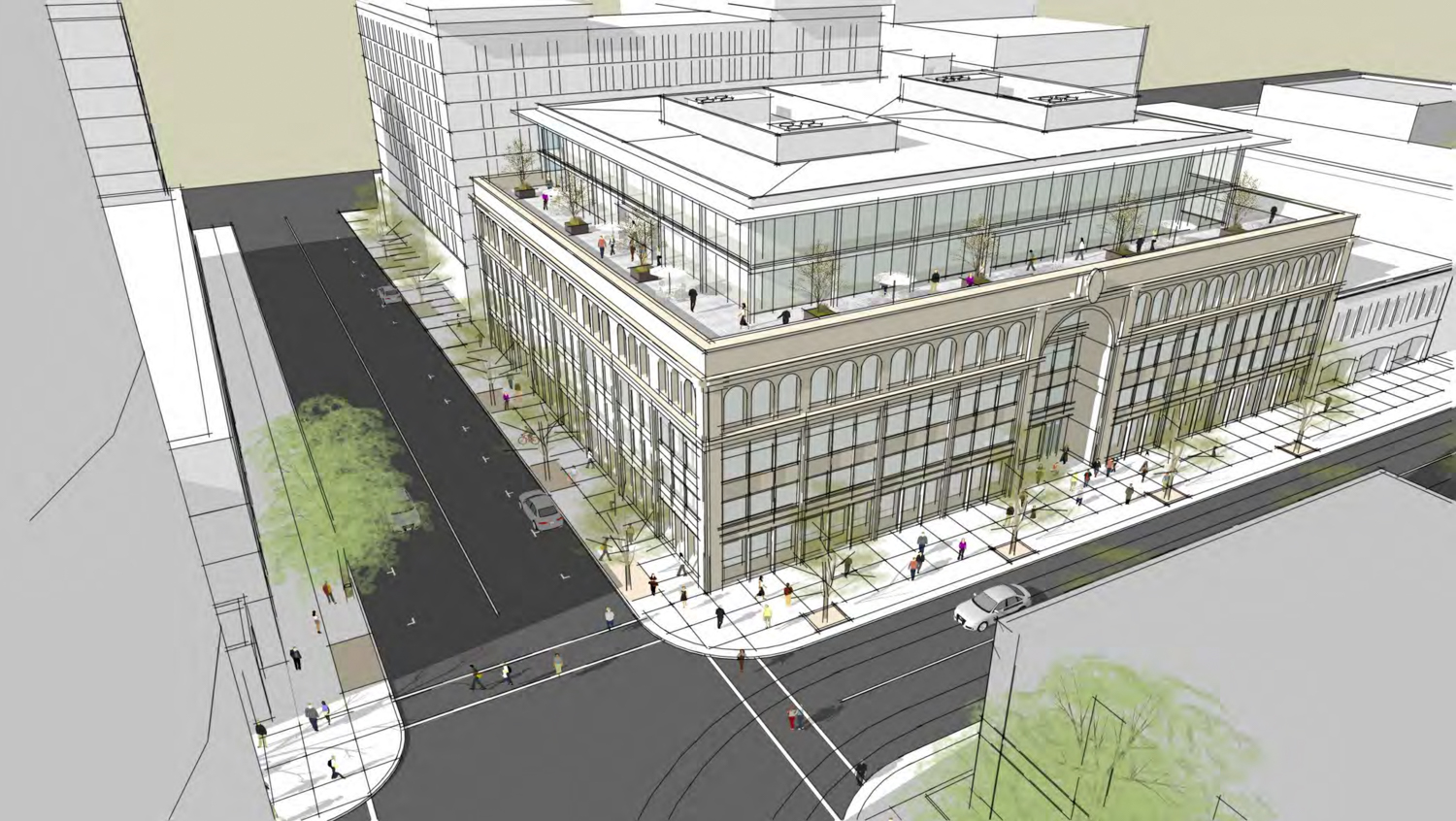 The address sits on the corner of K street and 12th street, just around the corner from the California State Capitol and its adjoining park. There is direct access to light rail at the Cathedral Square Station by the main entrance.