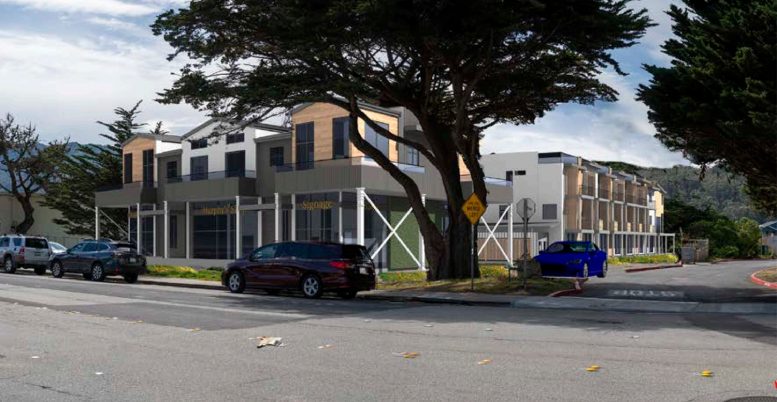 570 Crespi Drive viewed from across the street, rendering of design by EID Architects

New project details have been published with plans for 570 Crespi Drive, a block away from the coastline in Pacifica, San Mateo County. The proposal would create three structures with commercial space and 19 new homes, of which three will be affordable. SC Properties, a San Mateo-based firm, is sponsoring the development.

EID Architects, a Palo Alto-based firm, is responsible for the design. The firm, whose name is actually an acronym for Environmental Innovations in Design, is unsurprisingly focused on eco-friendly design. They write that with 25 years of experience, the studio is “specializing in sustainable design and zero-energy/green building construction technologies.” 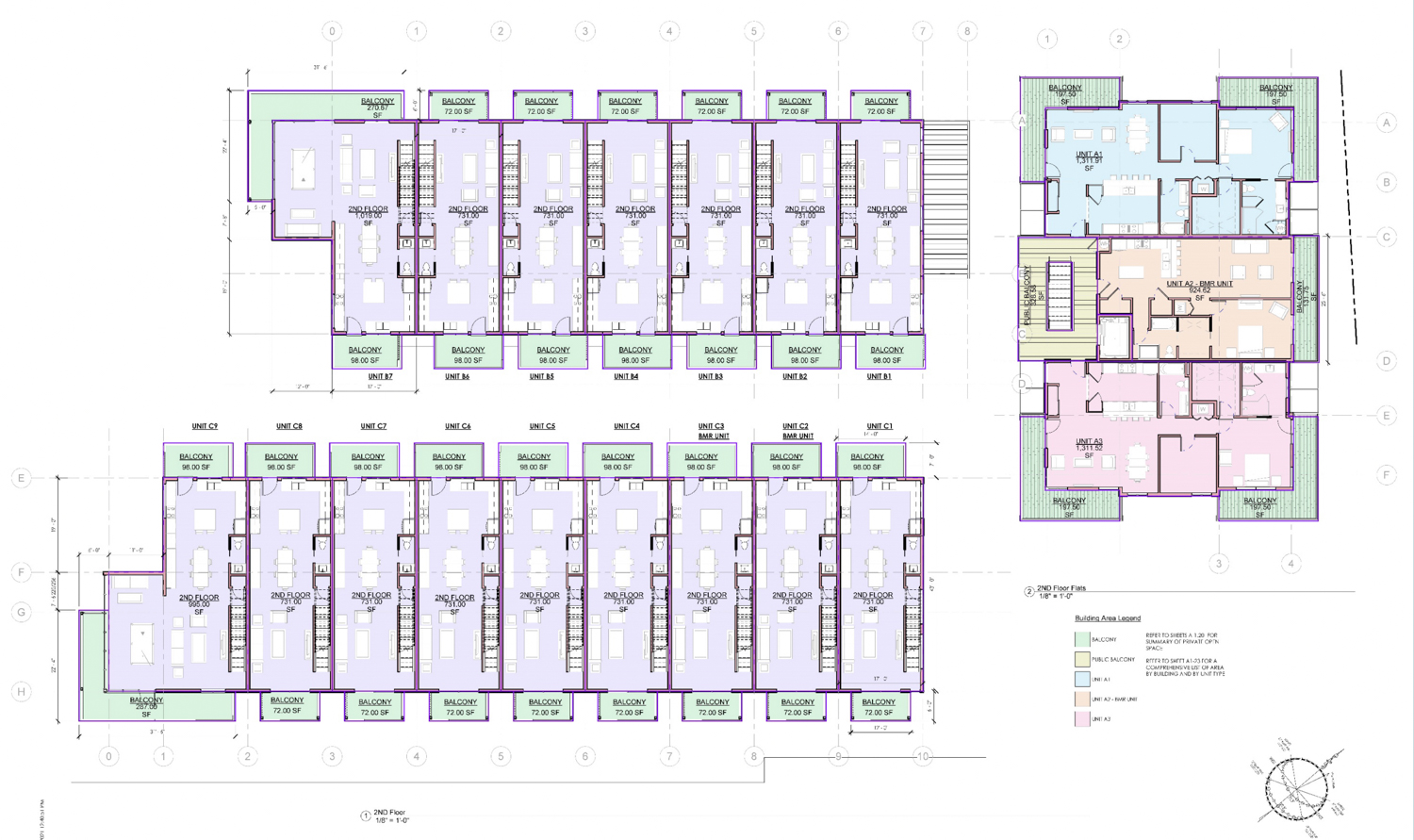 Building A is expected to rise two floors, with a 3,165 square foot commercial space on the ground floor and three residential units on the second floor. Building B and C will each be three floors, with seven and nine townhome units respectively. Each townhome unit will include a tandem garage on the first floor, terraces, and a roof deck on top. Unit sizes will range from less than 950 to over 2,200 square feet.

Michael Callan Landscape Architect is responsible for managing the open space. There will be landscaping decoration throughout the project, an off-site improvement area, and facing Crespi Drive. Proposed plants will include crape myrtles, desert willows, sea lavender, dwarf mat rush, and Cleveland sage. Construction will build over the northern half of the site, without disturbing the southern half.

Construction is expected to last two years from groundbreaking to completion, with a schedule and cost not yet established. 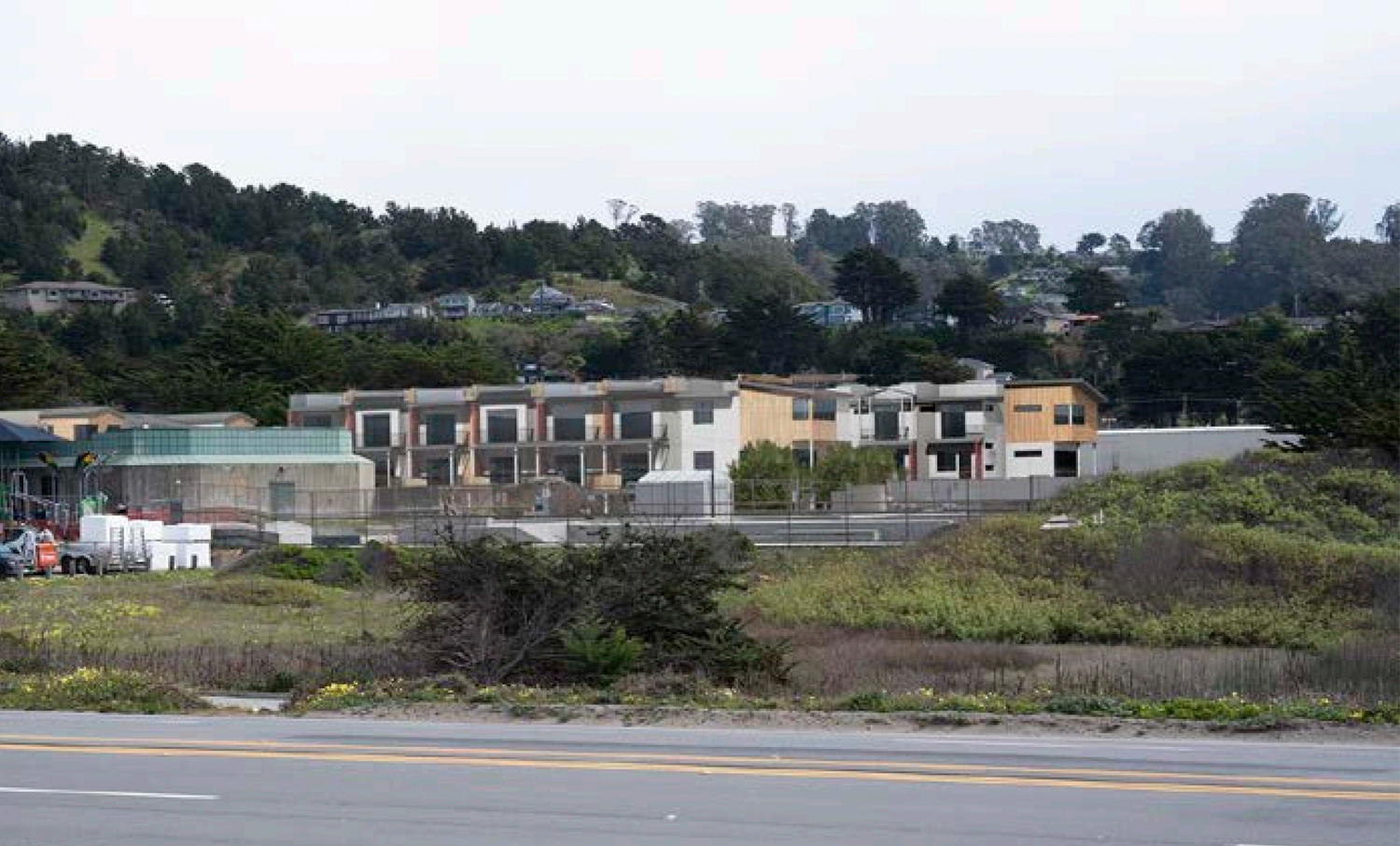 570 Crespi Drive as seen from the highway, rendering of design by EID Architects

Pacifica is located along the San Mateo County coast with a population of nearly 40,000 residents. The city, as with much of the San Mateo coast, is poorly connected to the region with public transit. Residents are just south of Daly City, west of SFO, and north of Half Moon Bay.

In accordance with the City’s Inclusionary Ordinance, three units will be priced below the market rate. More recently, Pacifica has received a significantly higher Regional Housing Needs Allocation (RHNA), a number determined by the Association of Bay Area Governments to allocate regional housing units and allow each city to participate in solving the housing crisis. The City of Pacifica was instructed to approve 1,892 housing units between 2023 and 2031. This was a shift from an earlier allocation for 413 units.

Be the first to comment on "CEQA Review Published for 570 Crespi Drive, Pacifica, San Mateo County"