395 3rd Street with a massing for 95 Hawthorne to the left and the three-structure One Vassar project to the right, massing by Solomon Cordwell Buenz

Several new permits have been filed over the last week for the 35-story residential tower proposed at 395 3rd Street in SoMa, San Francisco. The project is poised to create 559 new homes in the city by several other major developments. Strada is responsible for the application.

The preliminary project assessment was first filed in April of 14th when SFYIMBY broke the story of the proposed tower. The project profile and environmental record were filed in mid-November, and now the transportation demand management, eastern neighborhood exception, and shadow study have been submitted to the city. 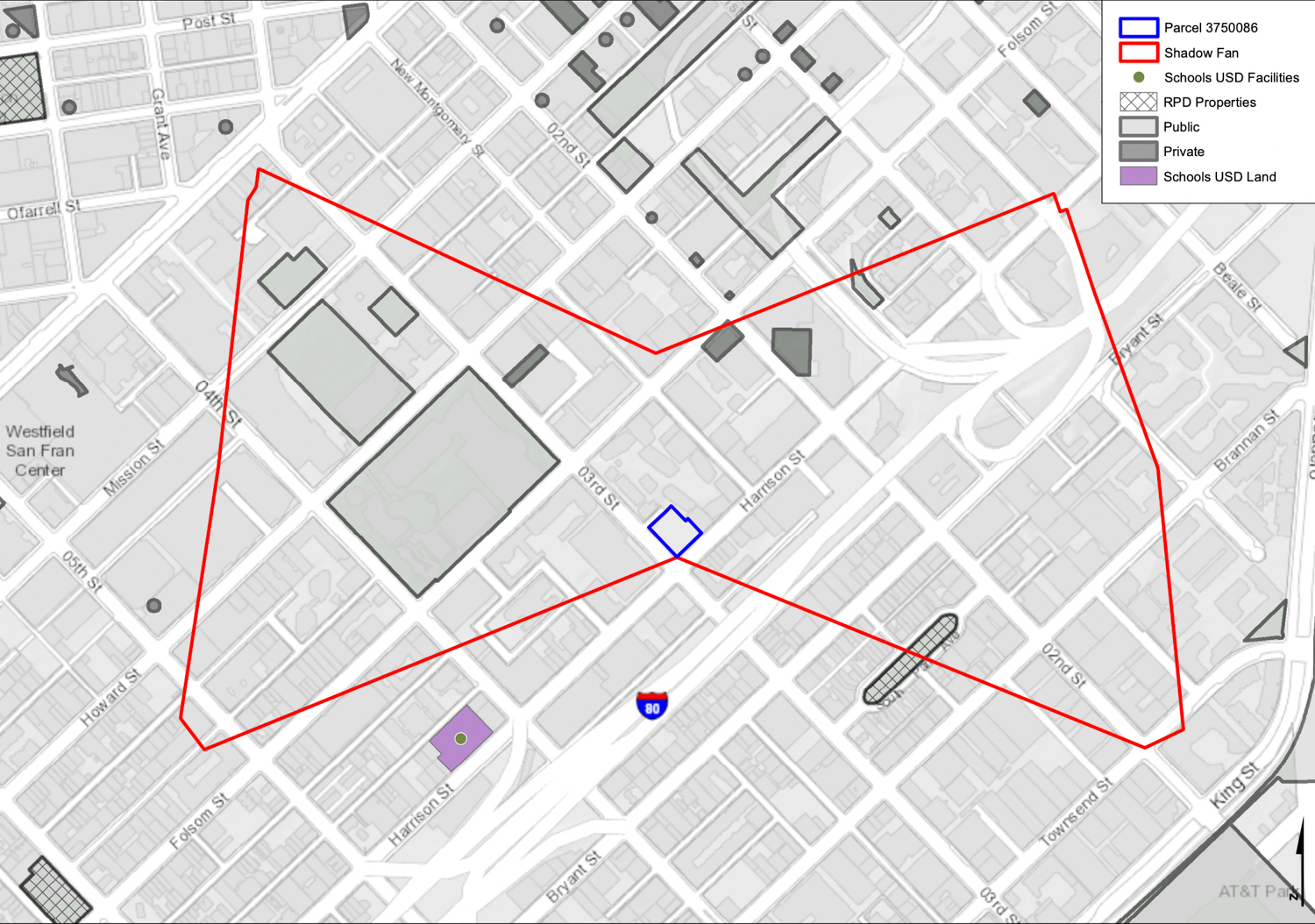 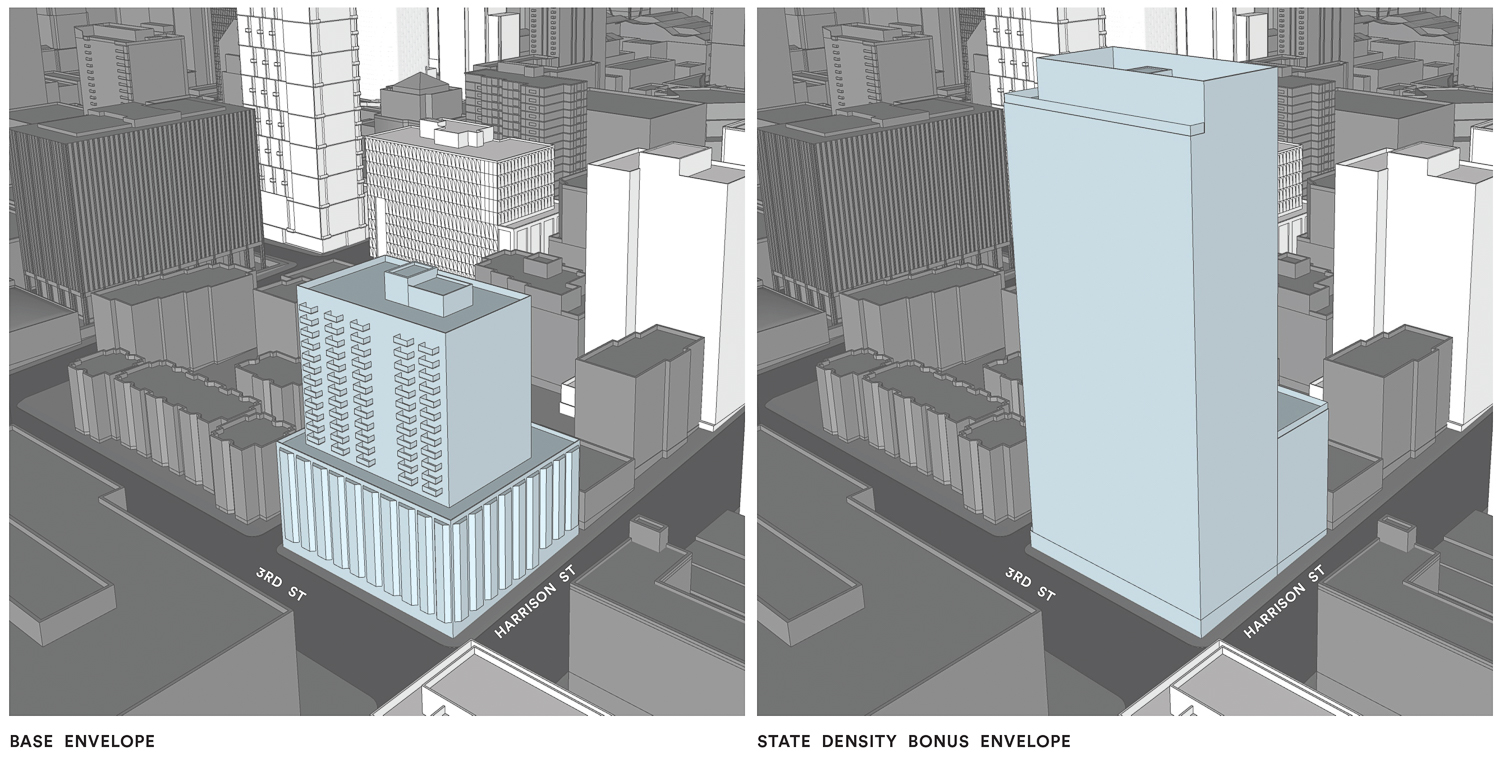 By including the affordable units, Strada can apply for incentives with the State Density Bonus, waiving city zoning in order to create even more housing at greater density. Without the bonus, construction at 395 3rd Street would have a 200-foot height limit.

Solomon Cordwell Buenz will be responsible for the design. No new detailed information or illustrations have been revealed yet for 395 3rd Street. The architecture firm’s own portfolio can provide some clues to what the city might expect from this site, though their portfolio includes a diverse range of material and aesthetic choices. 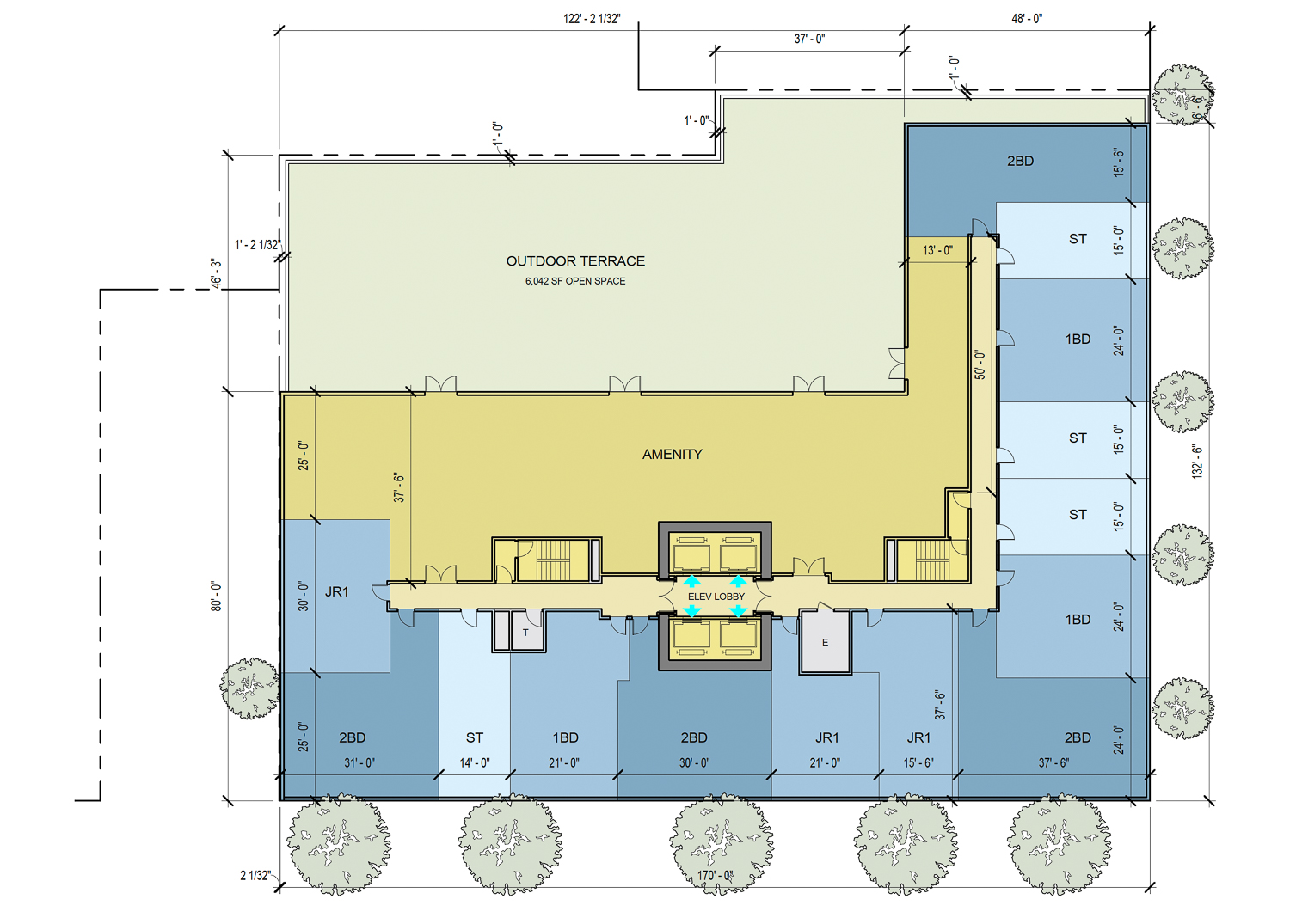 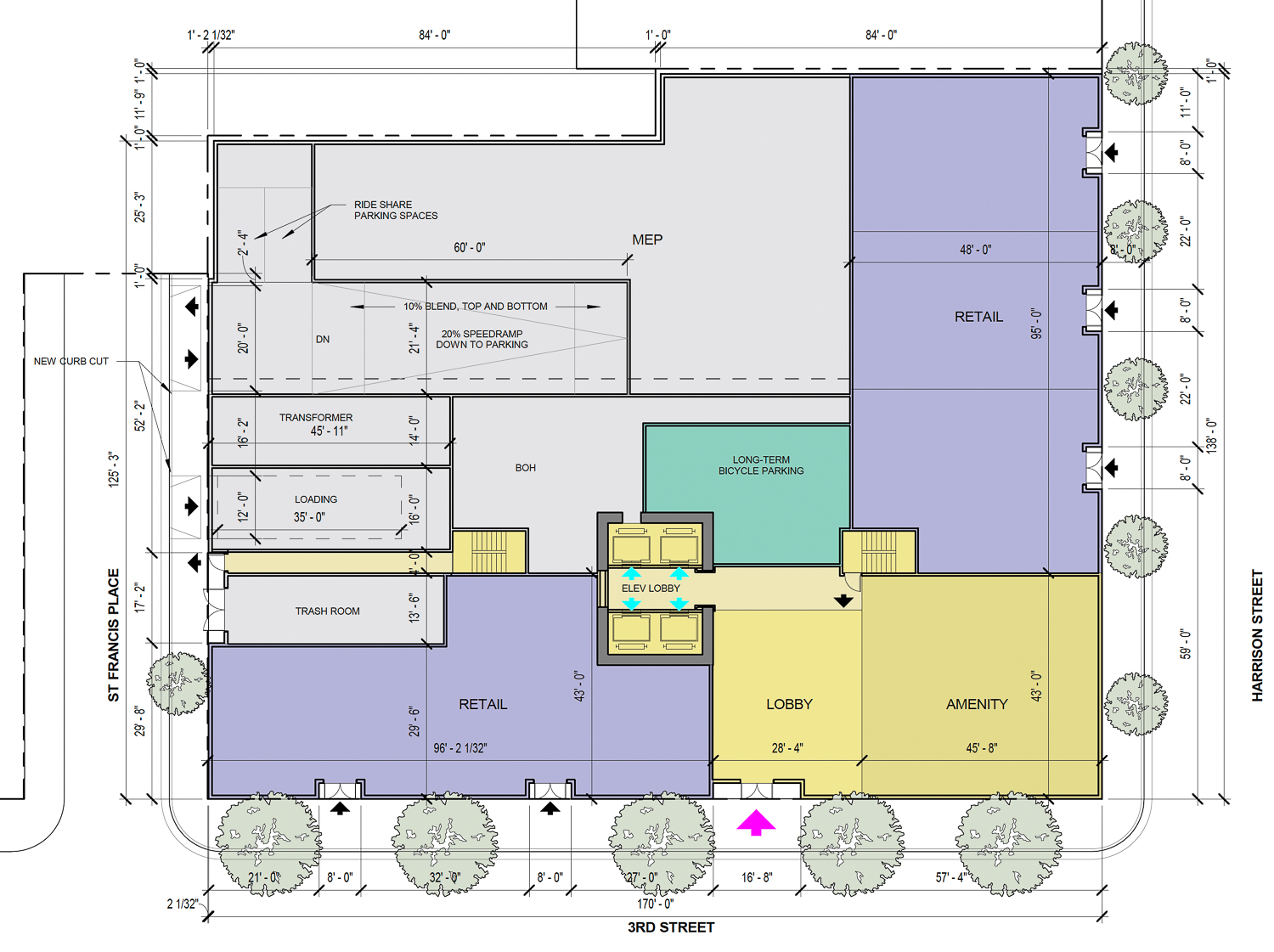 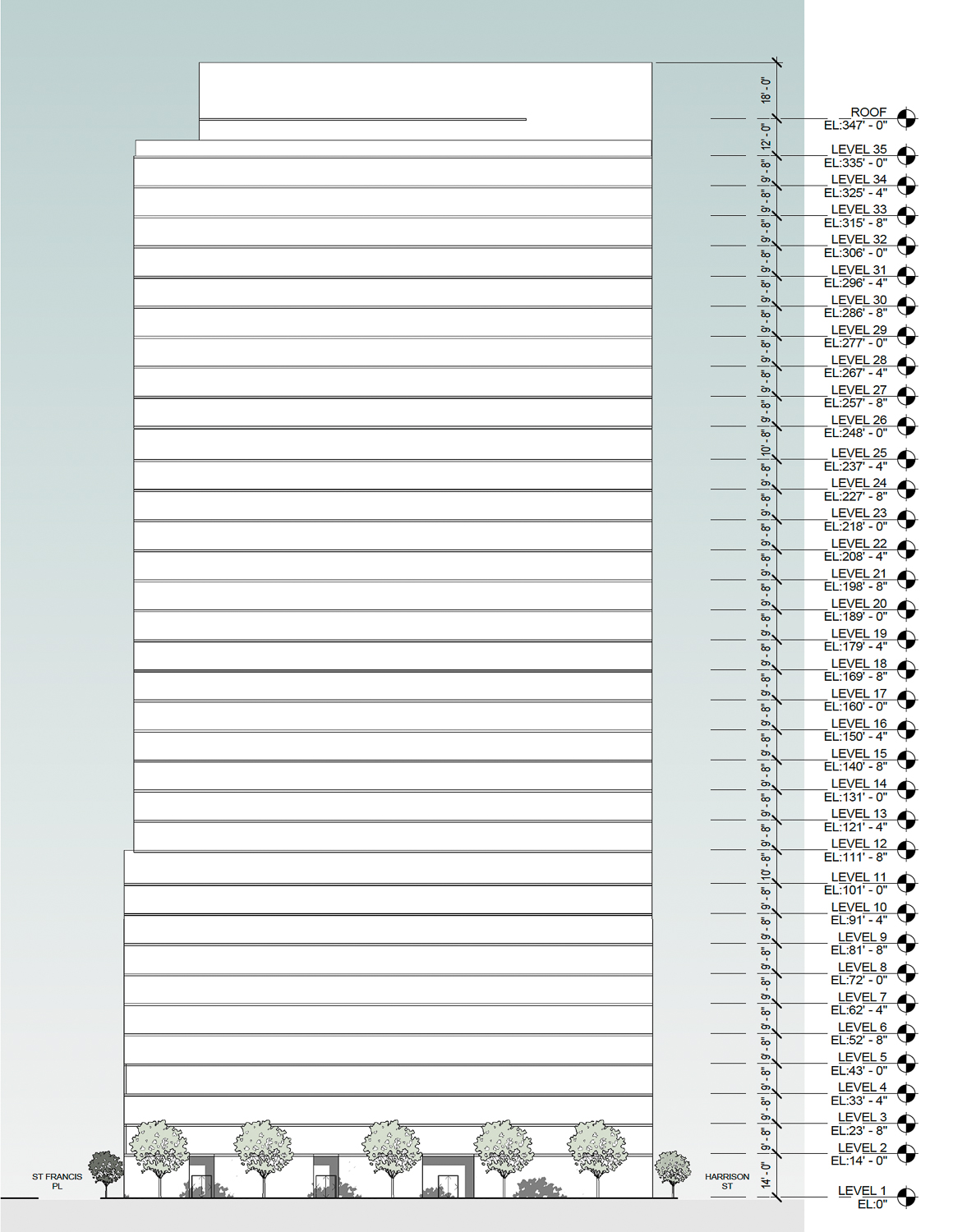 Construction is expected to cost $200 million, with a timeline not yet established. 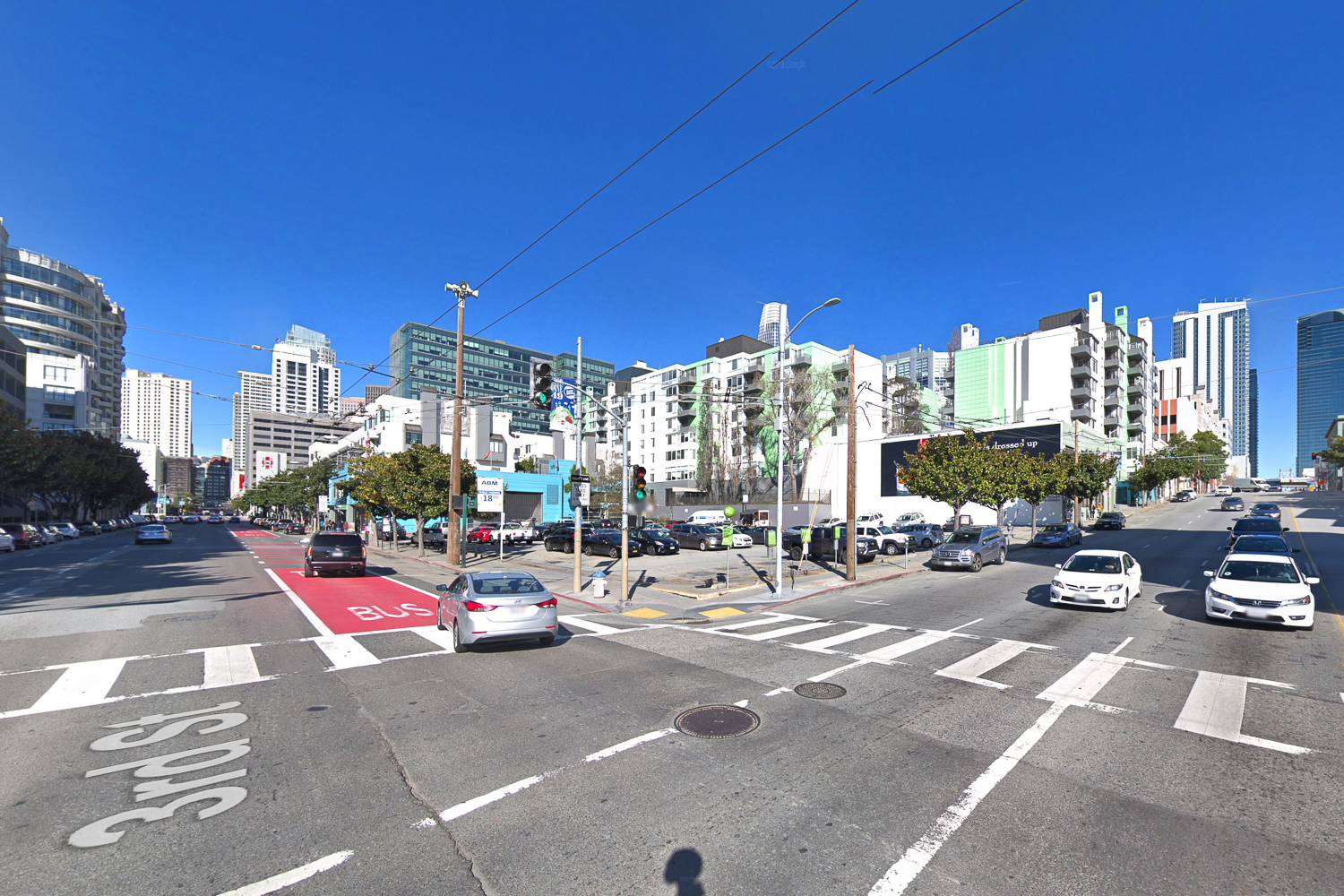 395 3rd Street is across the site of a 15-story mixed-use proposal at 725-777 Harrison Street and the massive proposal at One Vassar. One Vassar is expected to create three new towers with hotels, apartments, and nearly half a million square feet of office space.