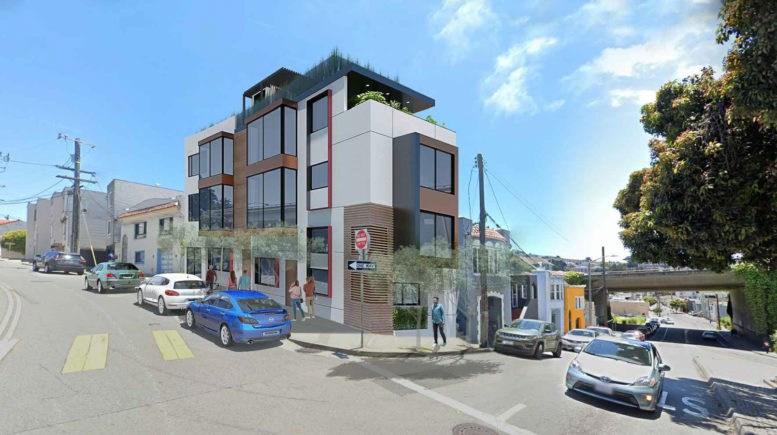 New renderings have been published for a residential infill at 483 Bosworth Street, located within the College Hill neighborhood and one block from the Glen Hill BART Station in San Francisco. The project, also addressed as 1 Lyell Street, will rise four floors from a skinny lot at the intersection of Bosworth and Lyell Street, located between the underpasses of San Jose Avenue and I-280. 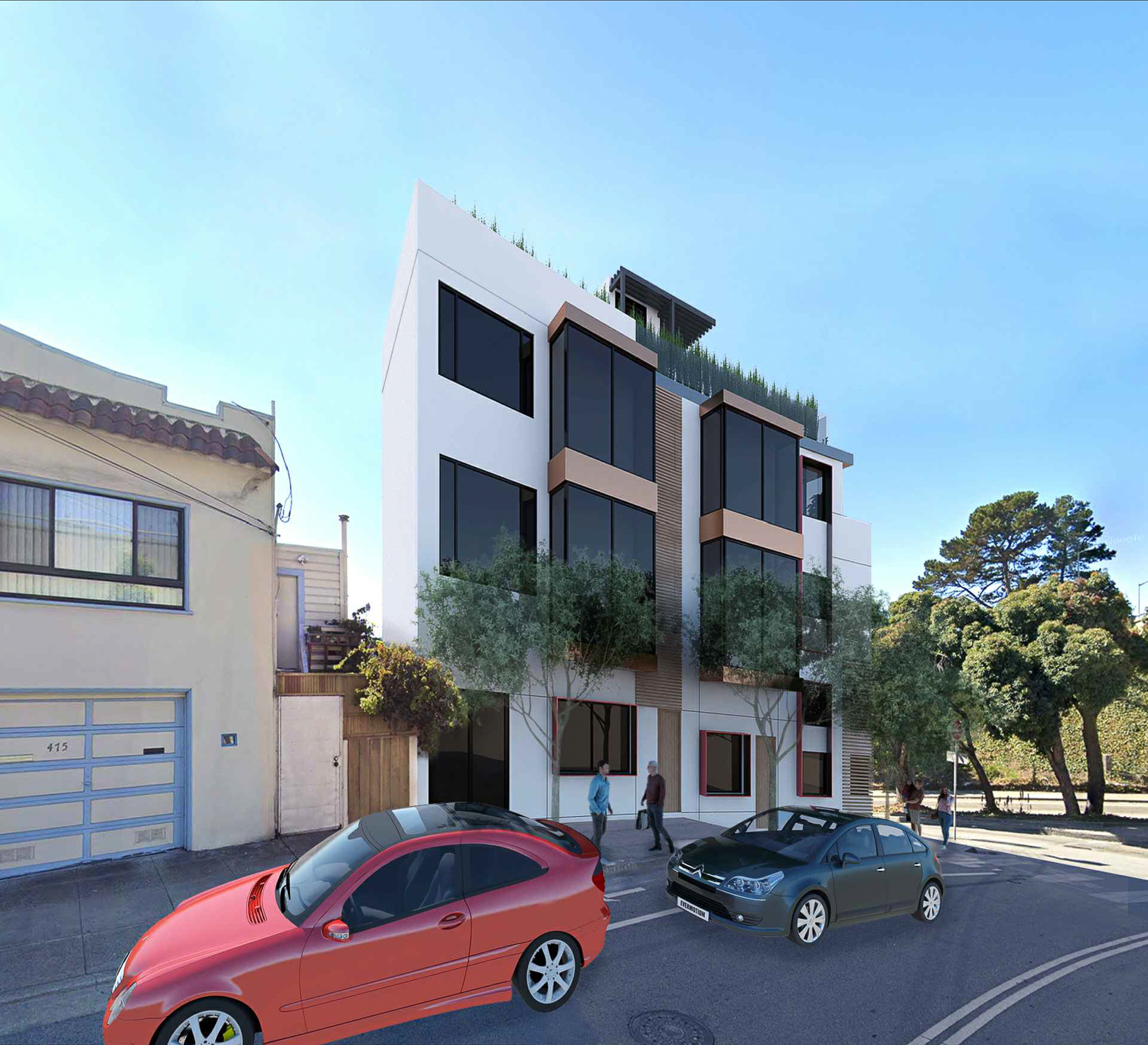 The 37-foot tall structure will rise from the 880 square foot lot to yield 4,023 square feet divided among six apartments. The smallest unit will be 278 square feet at ground level, with the others between 347 and 615 square feet. Each unit will have a kitchenette, closet, and spacious bathroom.

Several other buildings on the same block rise to be nearly as tall as the proposal for 483 Bosworth Street. A block away, several structures rise five to six floors high, ensuring that this proposal’s height is well within the existing neighborhood’s low-rise skyline profile. 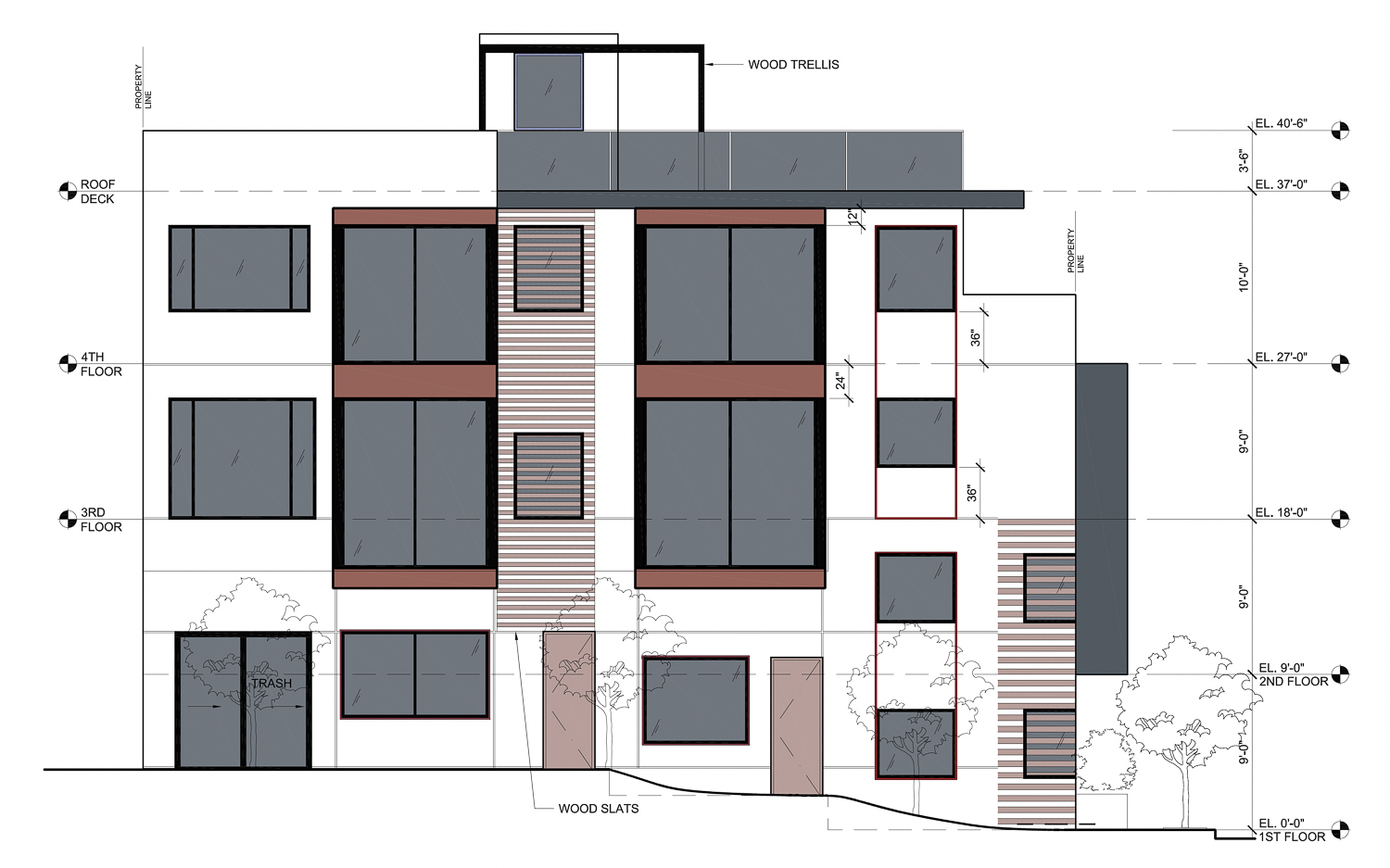 All residents can access to 345 square foot rooftop terrace, offering open-air seating decorated with potted plants and a wood trellis. One unit on the third floor will include a private balcony overlooking Lyell Street.

Tecta Associates is responsible for the design. The design will feature three bay windows and wood slats as decoration for the facade. The project’s walls along Bosworth Street even conform to the street’s bend, maximizing the small property size. 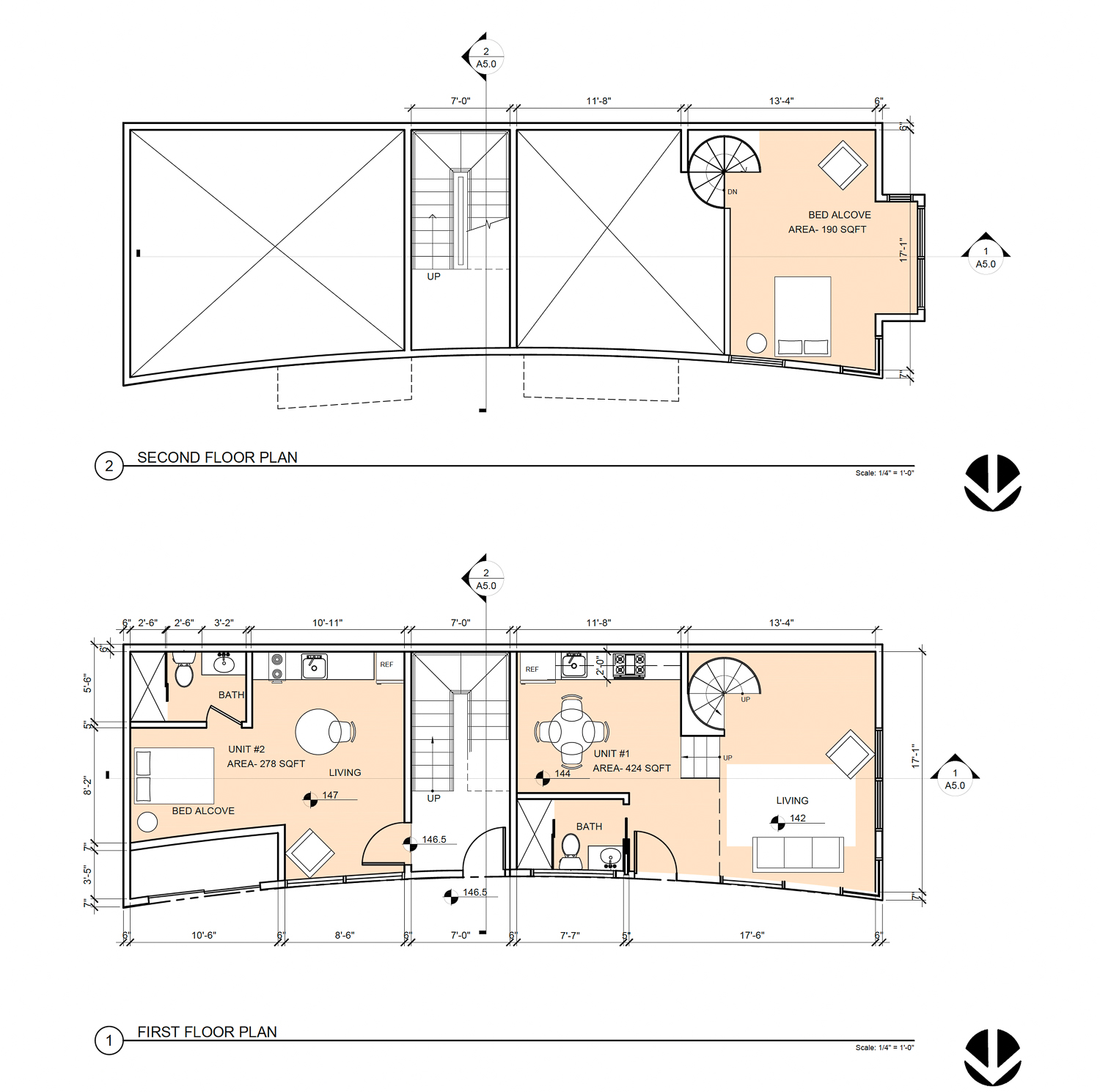 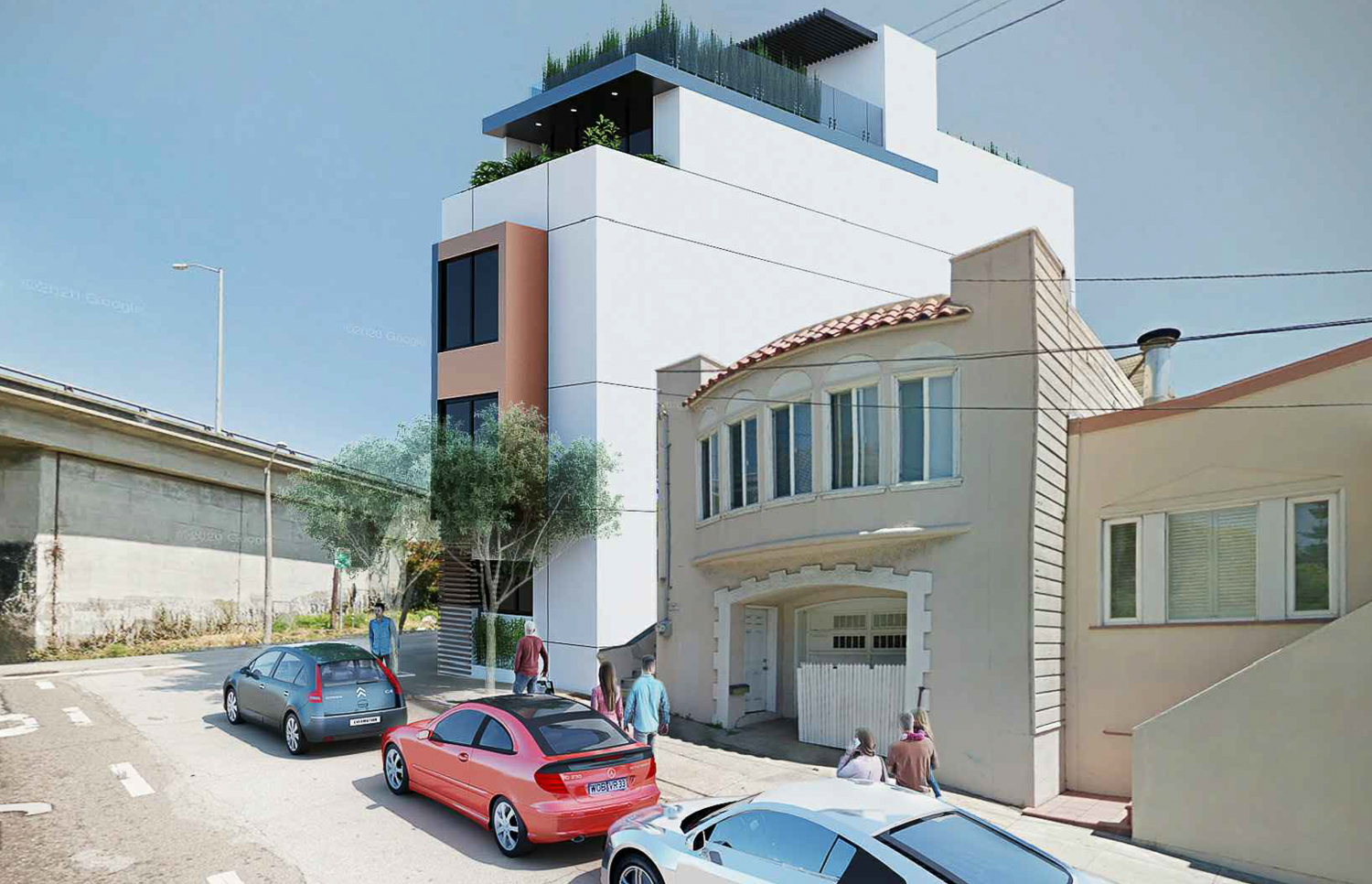 Tecta writes that the project was “granted entitlements for the zoning change from P(Public) to Rh‐2 (Residential, House Districts, Two‐family) for this address.” The firm is now requesting an additional zoning change to accommodate the high-density project that would be a meaningful contribution of housing to the vibrant neighborhood near mass transit from BART, buses, and light rail. 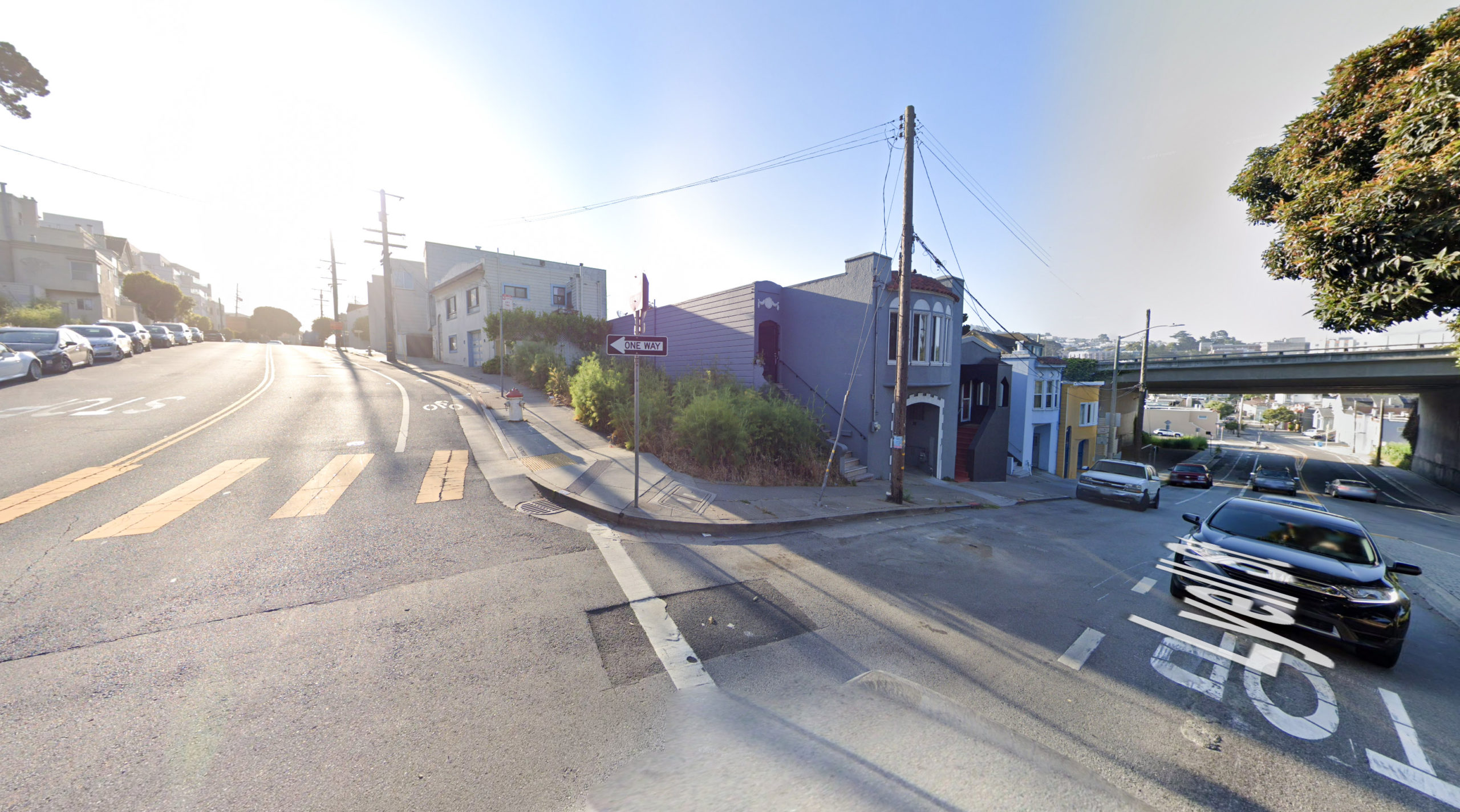 City records show the property sold in 2006 for $232,000. An estimated cost and timeline for construction have not yet been established.