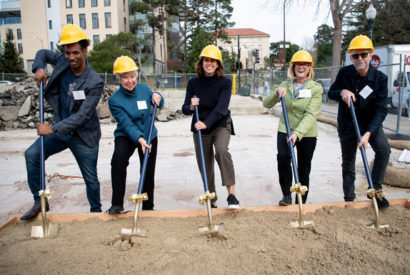 Construction is now underway on a massive, new student housing project at UC Berkeley. The project proposal includes the development of a 14-story building dedicated entirely to house transfer students on the campus of UC Berkeley. Plans call for the demolition of two historic structures as well as a 112-year-old rent-controlled building at 1921 Walnut Street.

Morris Adjmi Architects is responsible for the design concepts. Anchor House was developed in collaboration with the Helen Diller Foundation and UC Berkeley Capital Strategies. 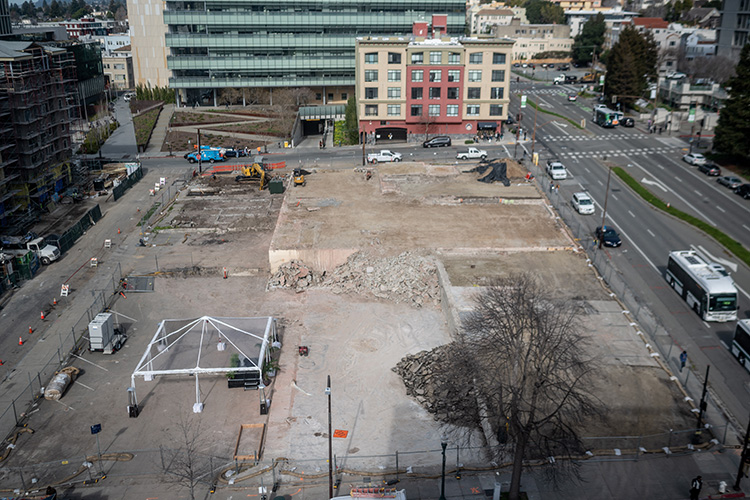 The school broke ground at the building site this week at the corner of University Avenue and Oxford Street. Named the Helen Diller Anchor House, the building will feature 772 units offered as a mix of studios, two-bedroom, and four-bedroom apartment units spanning across 14 floors. The units are planned to be modernly equipped with full kitchens and appliances including a washer and dryer. There will also be plenty of student amenities on-site like a culinary classroom, an art studio, two event spaces, multiple courtyards, lounges, work areas, a rooftop garden, an indoor/outdoor fitness center, and a bike maintenance shop. 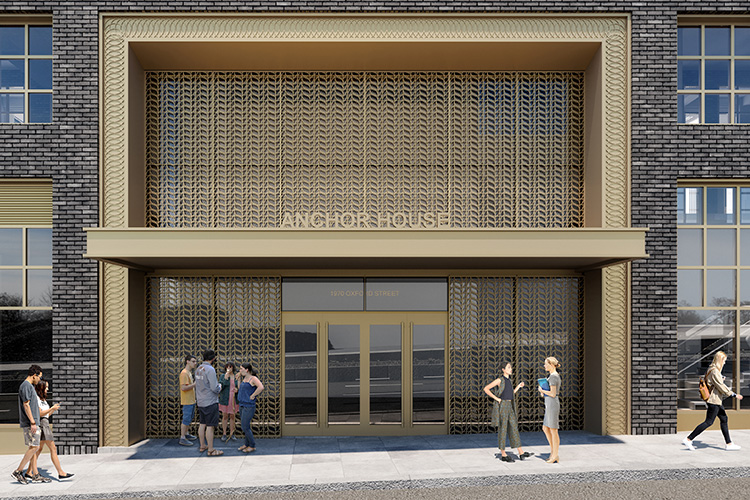 The new residential building will be designed for, built for, and donated to Berkeley, a project similar to International House, a multicultural residence and program center for Berkeley students, that was constructed in 1930 and funded by John D. Rockefeller Jr.

The cost of the project is estimated at $300 million. Construction is slated to begin in November. Anchor House should open to UC Berkeley students in time for the fall 2024 semester.

The project site is located directly across from the western entrance to campus on Oxford Street.