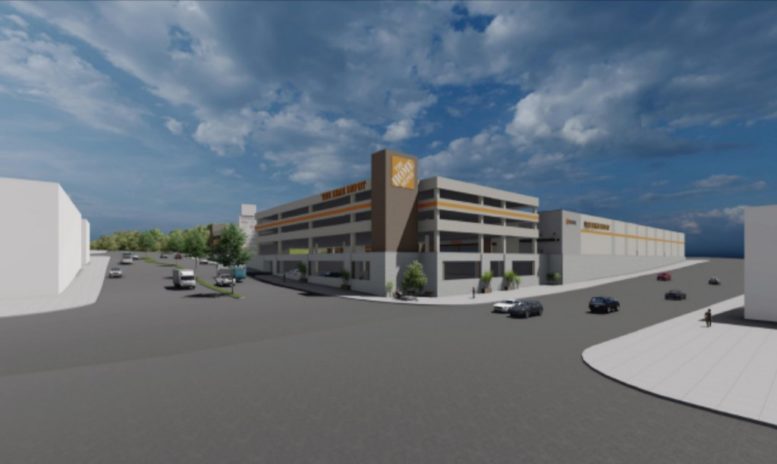 A preliminary application has been filed seeking the approval of a proposed Home Depot store at 5050 Broadway in Oakland. The project proposal includes the development of a Home Depot store offering a recycling program, a garden center, and onsite parking on a vacant property lot.

Broadway Rockridge LLC is the property owner. Lars Anderson & Associates is responsible for the design and construction. 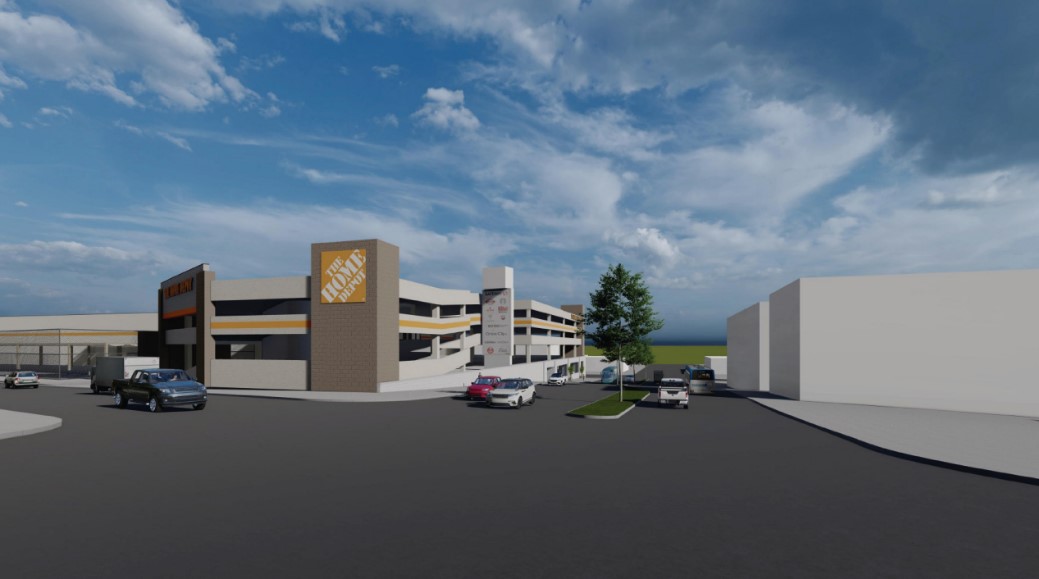 The project site is a parcel spanning an area of 15.41 acres. The project proposes to construct a building yielding a total built-up area of 101,822 square feet, offering retail space for Home Depot. The site will also feature a garden center spanning an area of 16,710 square feet. The proposed building will be one story and rise to approximately 24 feet in height. With architectural features slightly taller; however, with grade differentials from the intersection the building will be as tall as 46 feet from intersection grade. An onsite parking lot will provide a total of 421 stalls.

Signage for the Home Depot building is also proposed. It will consist of the main wall identification sign “The Home Depot”, which will be 6 feet high by 73 feet wide. Secondary directional signs are also proposed that will consist of “Tool Rental”, “Lumber”, and “Garden Center” signs along the front of the building. A separate submittal for a Sign Package will be provided by Home Depot’s signage vendor during the construction document phase.

Once site development and construction are completed, the proposed Home Depot store will employ approximately 145 to 175 full and part-time employees during 3 daily shifts.

The project site plan will provide three driveways; two of the driveways will be located on Pleasant Valley Avenue and one located on the Broadway.