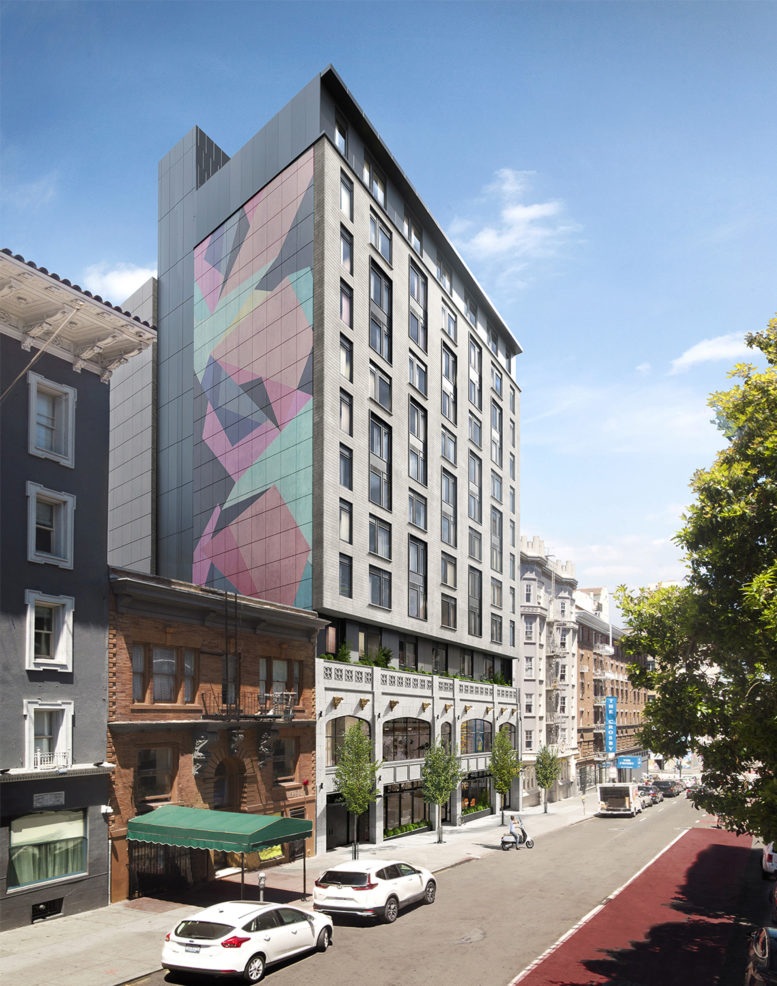 Demolition permits have been filed for the existing garage at 550 O’Farrell Street in the Tenderloin, San Francisco. The property will be replaced with a thirteen-story building with 111 apartments. The new addition is being designed by brick., an Oakland-based architecture firm.

The design will revamp the facade of the existing garage, repaint the gargoyles, and add floor-to-ceiling windows along with the street and second level. The third-floor wall will be set back, retaining prominence for the historic facade. The remaining tower will be cantilevered to partially cover this terrace, clad with a solid material to complement the existing garage’s facade. 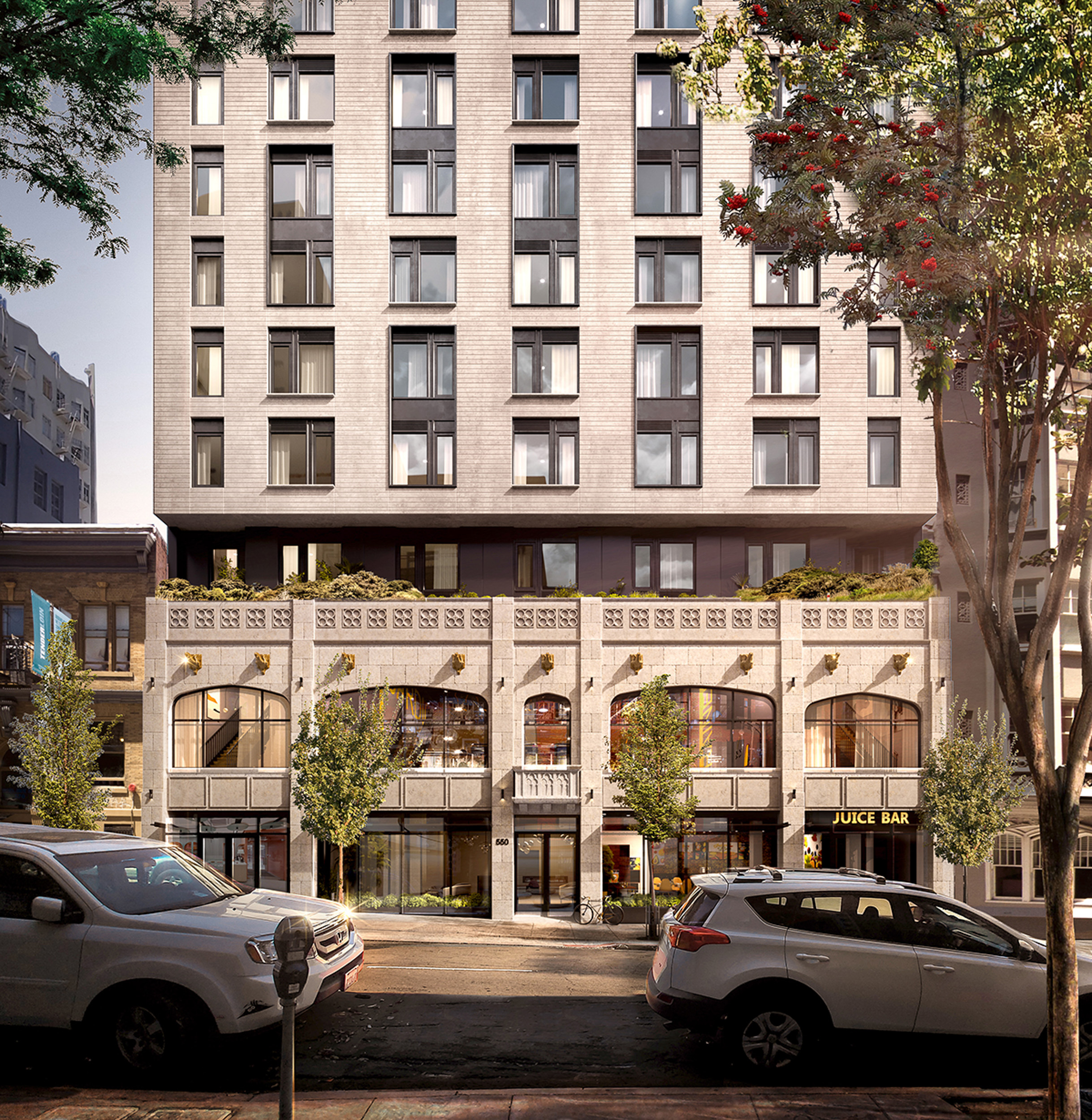 Of the 111 homes, 22 will be affordable housing units.

The property is located in the center of O’Farrell Street between Leavenworth and Jones Street. The project would rise to match the height of several existing buildings in its immediate vicinity. The Hilton San Francisco, the tallest hotel in the city, is two blocks away. The property will be in the heart of the neighborhood, surrounded by shops, restaurants, and across from a MUNI bus stop. 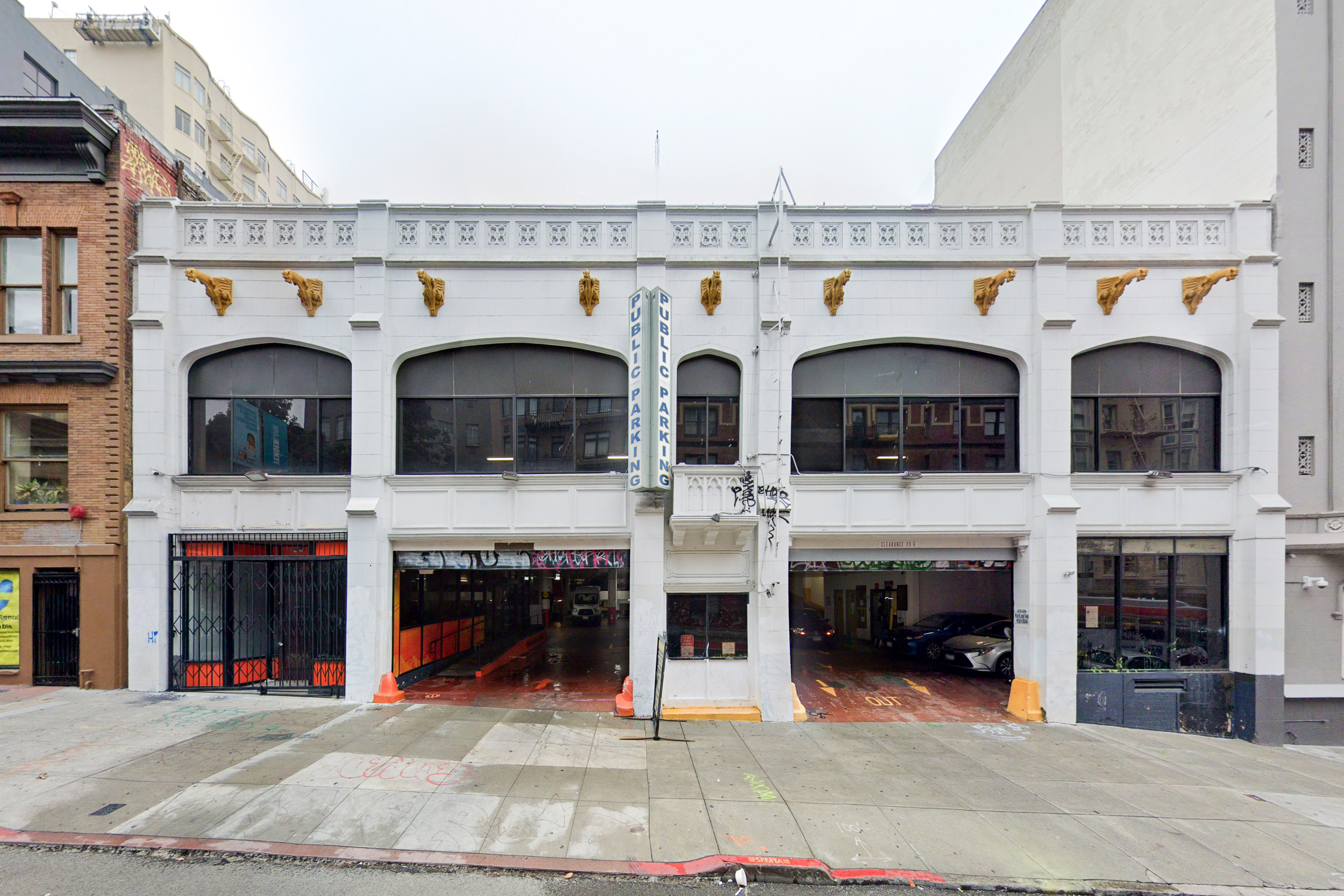 550 O’Farrell is owned by Sandhill O’Farrell LLC, a company owned by a Palo Alto-based individual. Construction is estimated to cost $25.7 million.