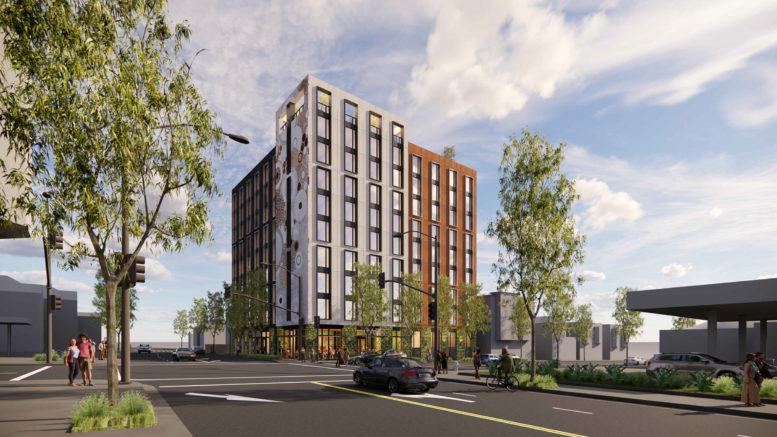 Expanded permits have been filed for a nine-story residential infill at 3000 Shattuck Avenue in South Berkeley. The application marks a significant increase from plans filed by a different developer in 2017 for 23 co-living apartments. Now, NX Ventures has proposed building 156 new homes on the same corner lot, within walking distance from groceries, shops, AC Transit, and the Ashby BART Station.

The 112-foot tall structure will yield 79,330 square feet from the 0.31-acre site. Of that space, 77,860 square feet will be for residential and 1,185 square feet for commercial retail. Parking will be included for 66 bicycles and no vehicles. Units sizes will be mostly the same, with 148 studios and eight one-bedroom units. 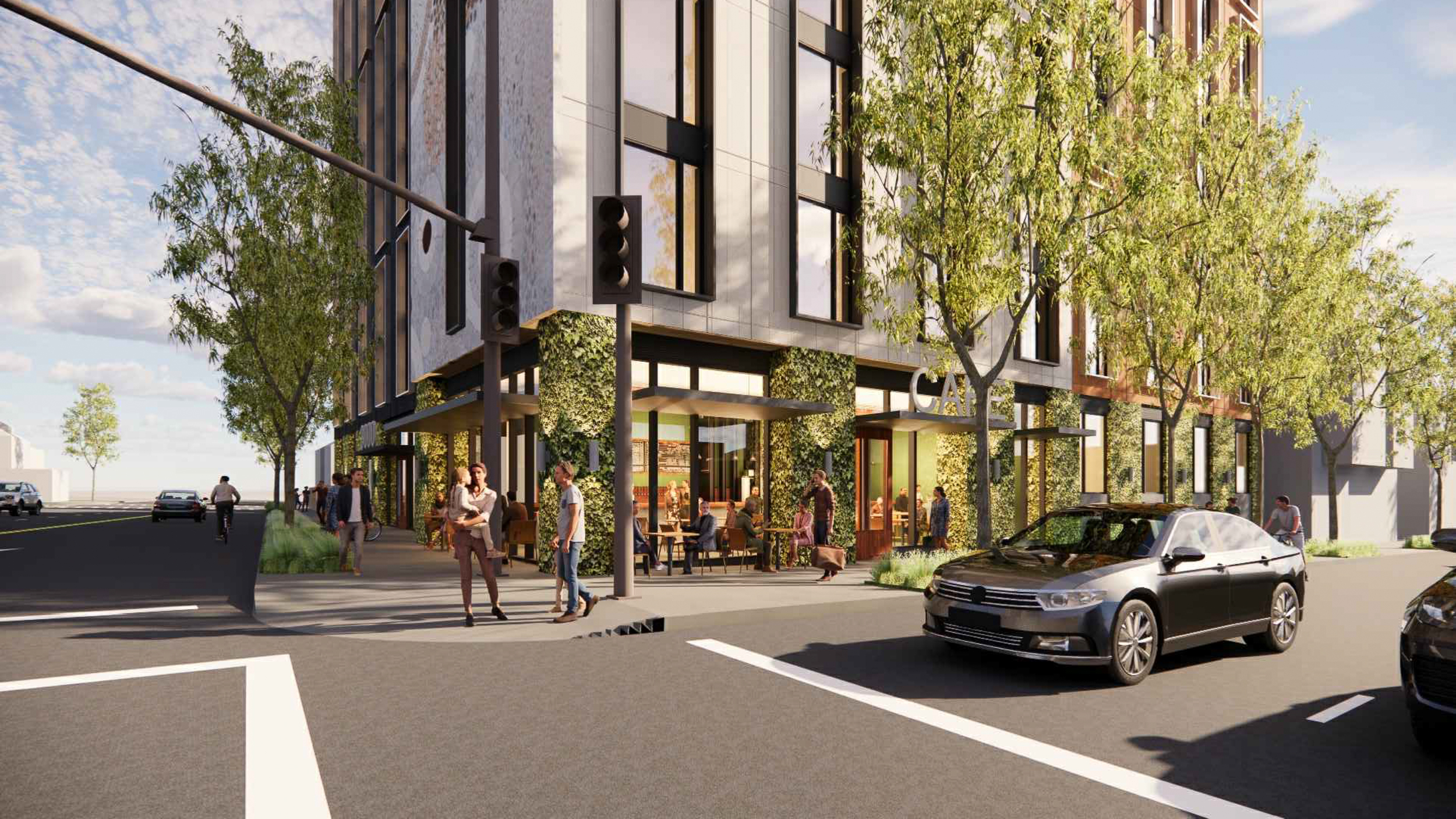 Trachtenberg Architects is responsible for the design. The overall massing is broken up into three distinct palettes expressed with metal panels painted white, black, and a rusted tone. Along Ashby Avenue, the facade is broken in two, each face with a 3×4 grid of windows framed by metal panels. The corner form extends one level higher, establishing a visual focal point while accommodating the shared roof deck, offering residents an open-air space to relax with panoramic views of the city.

The project benefits from the State Density Bonus program, encouraging projects to make 15% of the base zoning units affordable housing in exchange for waivers to surpass local density regulation for up to 50% more units, increasing the state’s overall housing production and streamlining project approval. 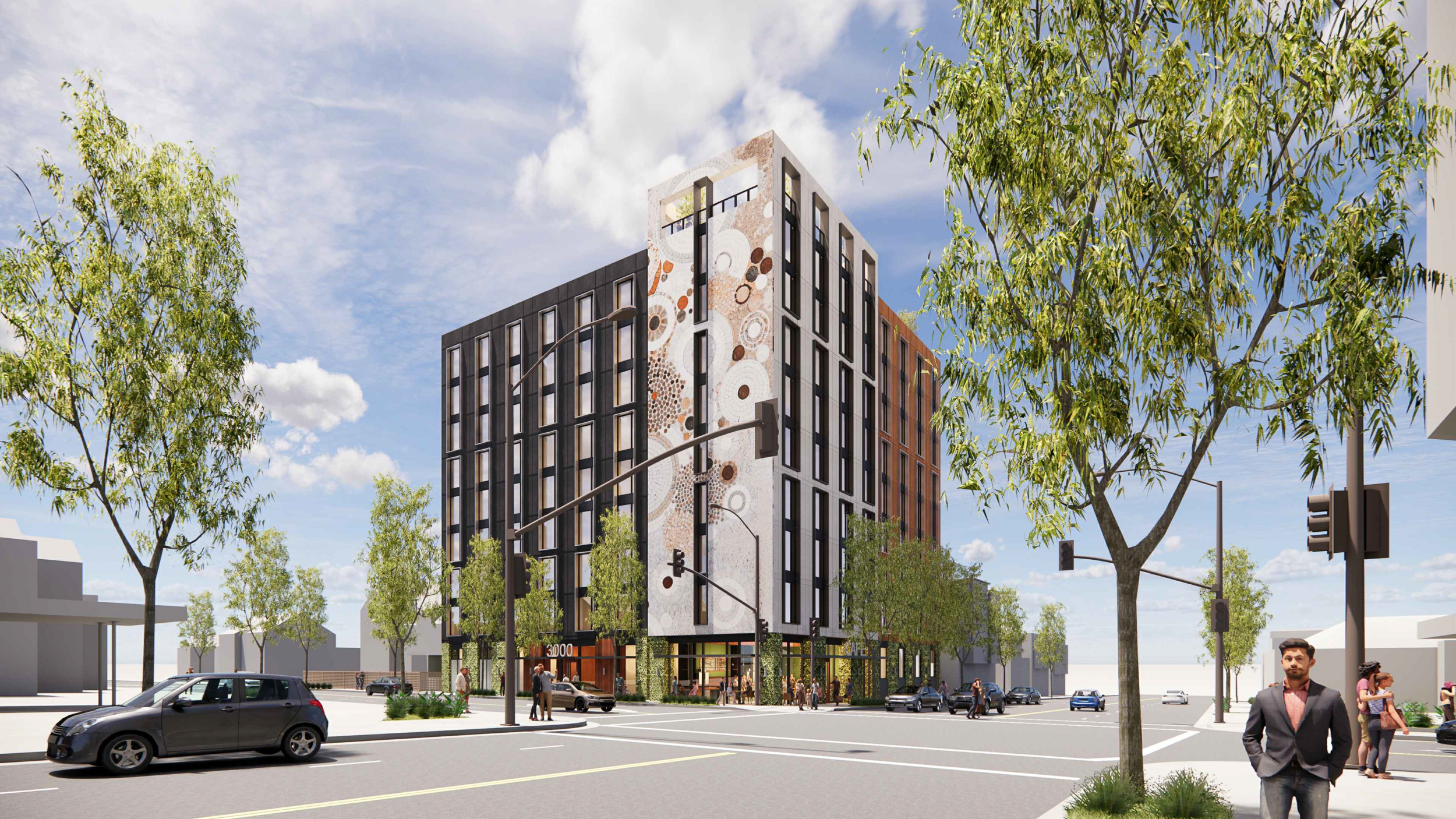 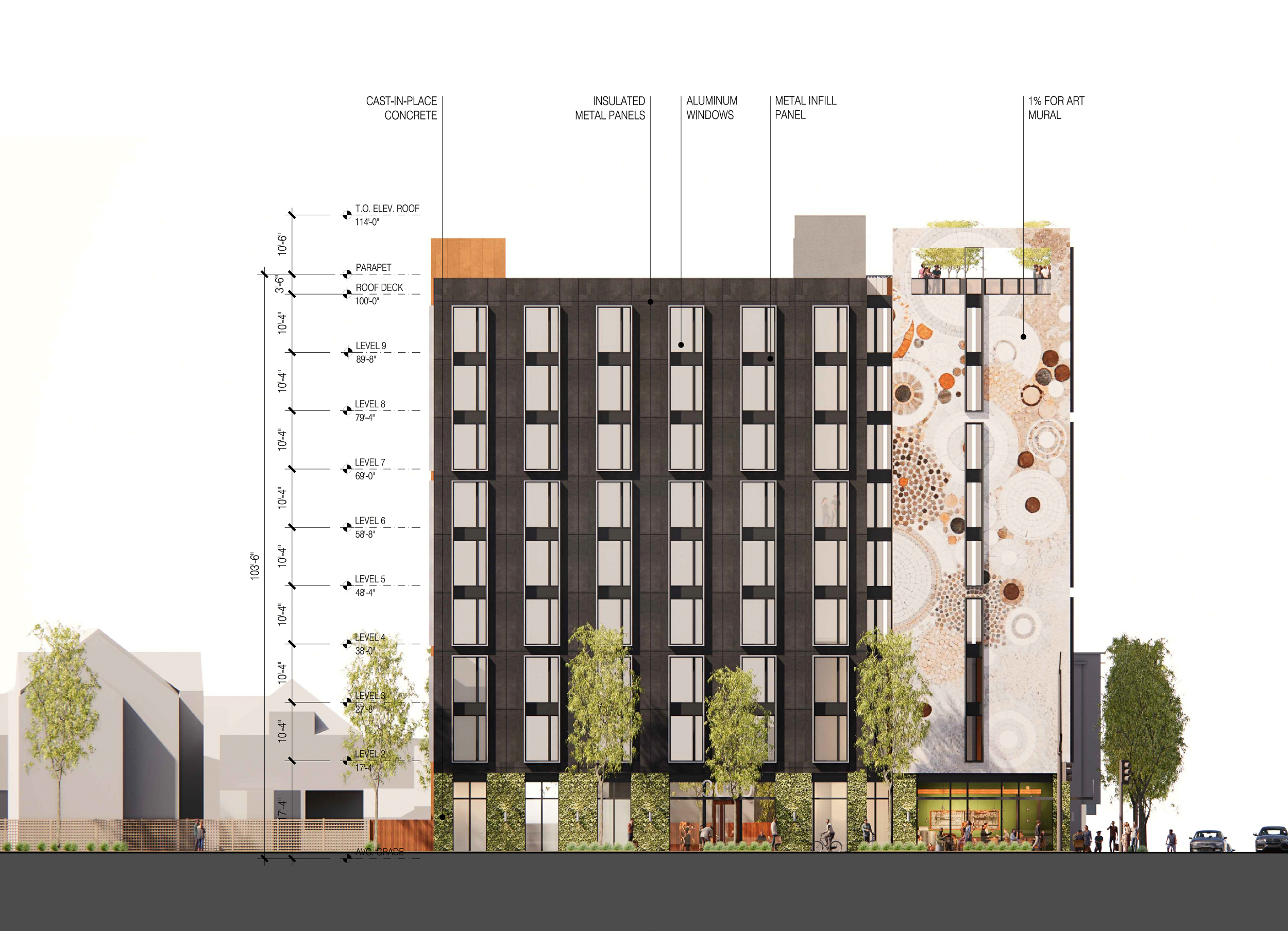 Landscaping will be featured on the ground level and roof deck. Speaking with SFYIMBY, the project developer Nathan George of NX Ventures shared that a local landscape architect will design the open space, which “has an indoor-outdoor feel, like a zen garden.” 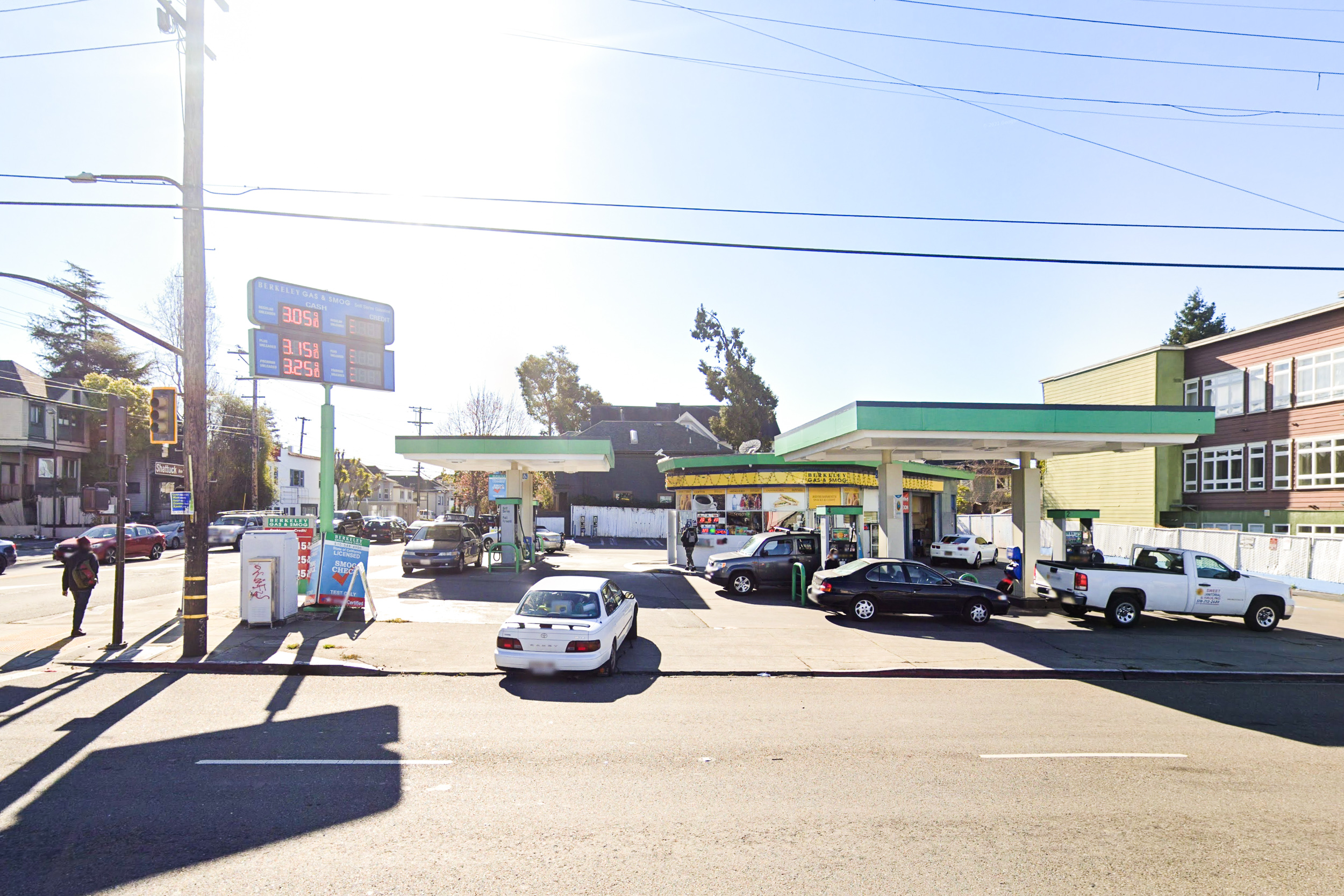 The construction timeline and cost have not yet been established.

Be the first to comment on "Expanded Plans Revealed for 3000 Shattuck Avenue, South Berkeley"