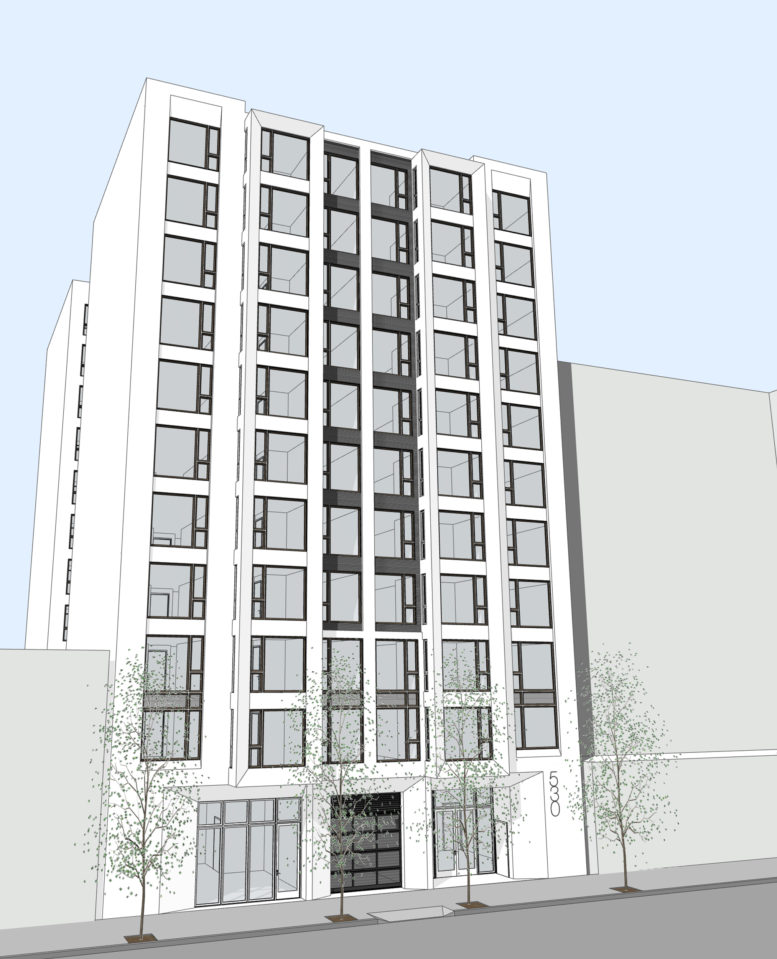 Updated plans have been published along with permits for an 11-story residential infill at 530 Turk Street in San Francisco’s Tenderloin neighborhood. The proposal will replace a surface parking lot with 100 homes and retail space. JS Sullivan Development is responsible for the application. 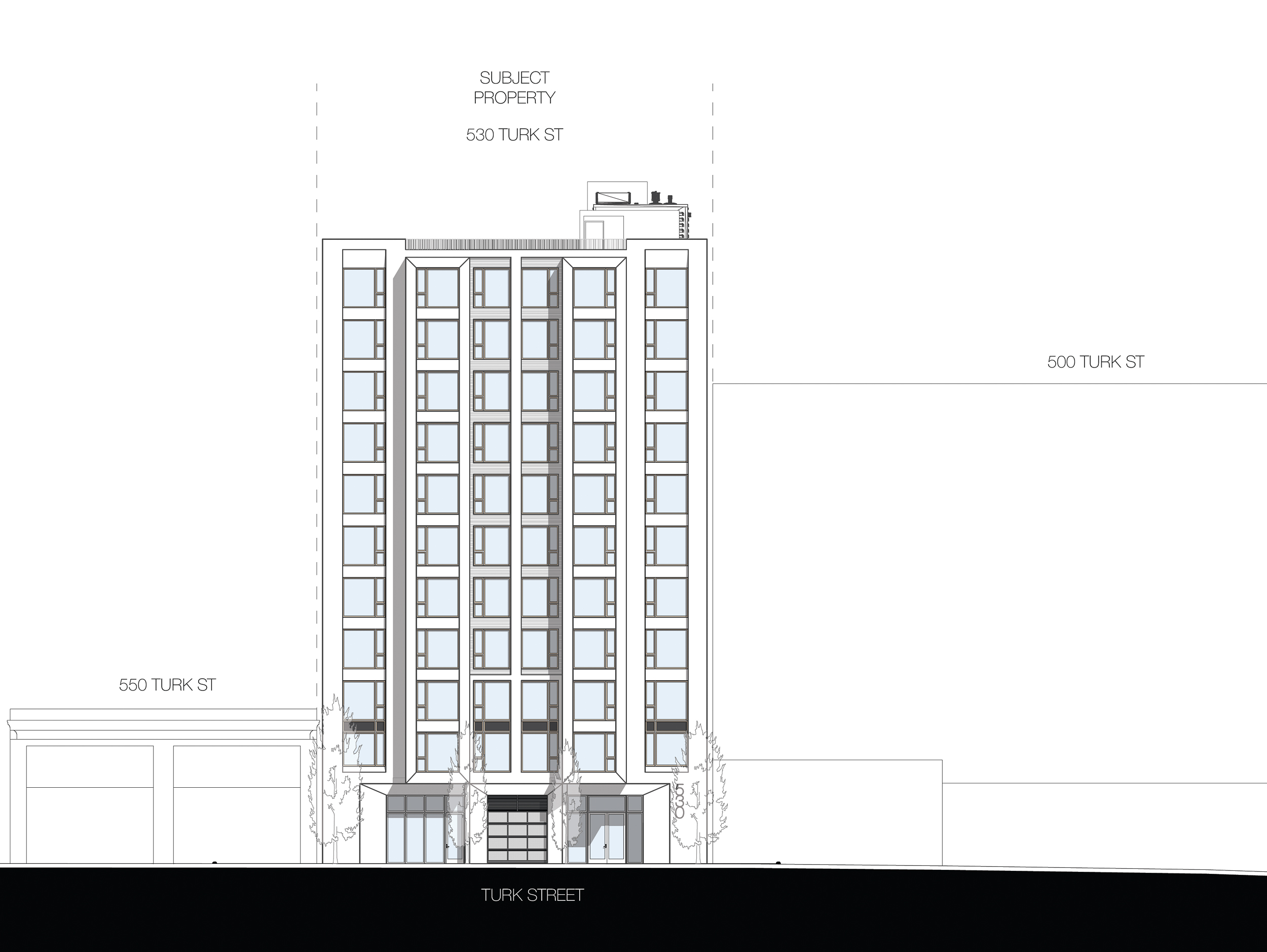 RG Architecture is responsible for the design. While illustrations are preliminary, they provide some insight into the exterior with floor-to-ceiling windows, white and black materials, and two bay windows rising from the second floor to the top. 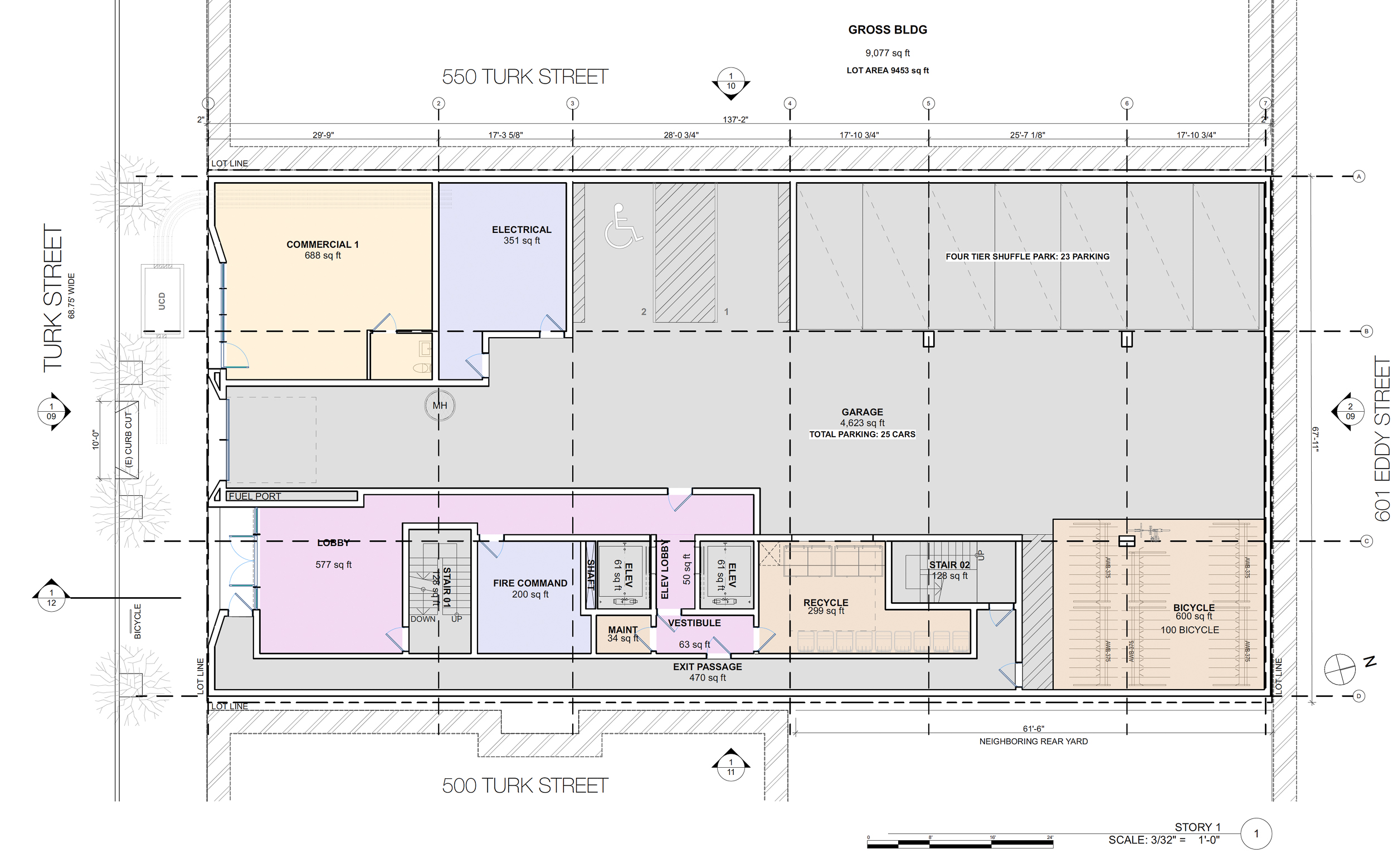 The developer is also seeking to utilize the State Density Bonus program, increasing the allowed residential capacity by 50% by including affordable housing. The project application states that 24 units will be priced as low-income housing.

According to the project application, construction is expected to cost $16 million with a timeline not yet established. 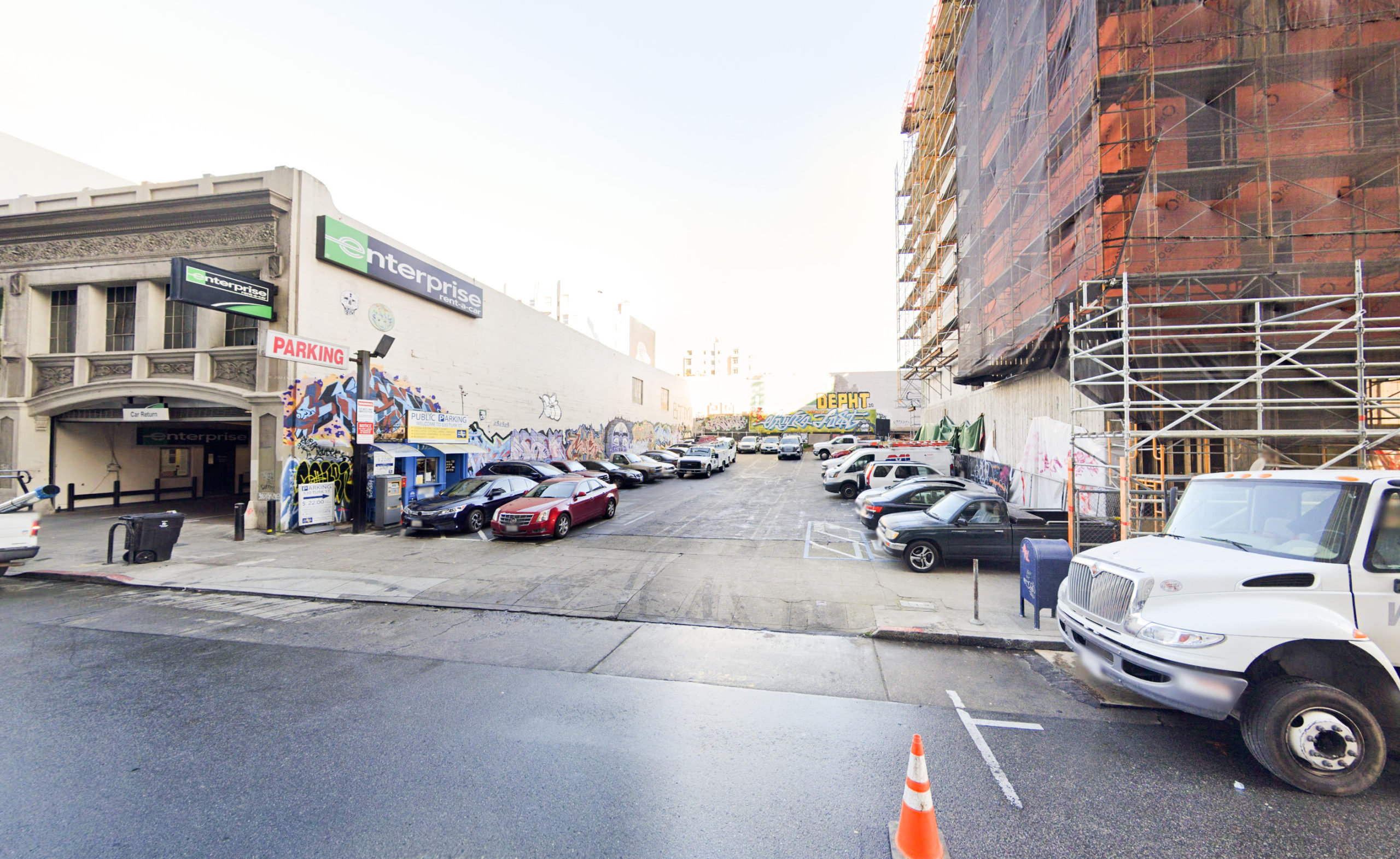 The property is next to 555 Larkin Street, a 107-unit affordable housing project designed by David Baker Architects and developed by the Tenderloin Neighborhood Development Corporation. The block is near the Civic Center neighborhood, including the San Francisco City Hall, the United Nations Plaza, and access to Market Street with light rail, buses, and the Civic Center BART Station.