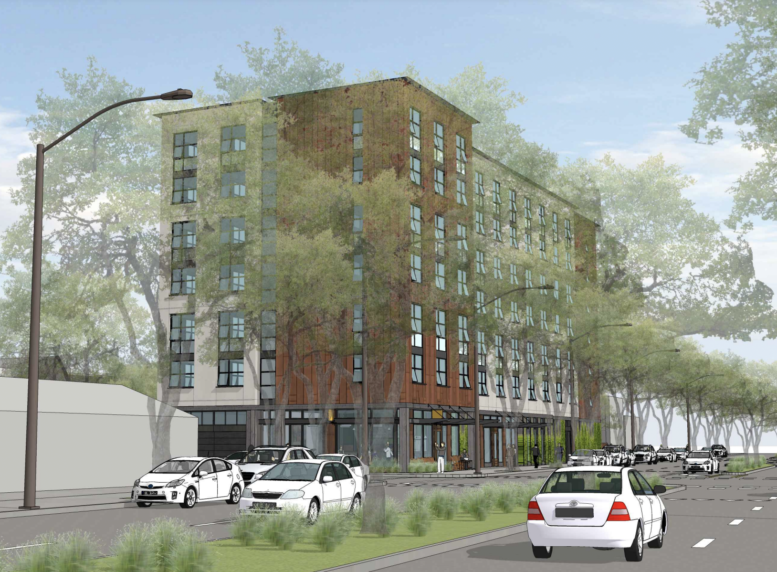 A new mixed-use project has been proposed at 2601 San Pablo Avenue in Berkeley. The project proposal includes the development of an eight-story high mixed-use building offering residential, commercial, and parking spaces. Plans call for the demolition of existing commercial buildings on the site.

NX Ventures is the project developer. Trachtenberg Architects is responsible for the design concepts.

The project plans have undergone some design changes; a previous version showcased a seven-story building offering 194 dwelling units and space for a lobby, parking, and retail on the ground floor. The retail space was proposed to span 1,338 square feet. At least 20 apartments were set aside for very low-income renters. The building plans didn’t include any on-site parking for residents. Instead, it had storage space for 118 bicycles.

The additional residential expansion is a result of NX Ventures being successful in acquiring two additional adjacent parcels at 1106 and 1110 Parker Street. The California State Density Bonus Law provides developers with powerful tools to encourage the development of affordable and senior housing, including up to a 50% increase in project densities for most projects, depending on the amount of affordable housing provided, and an 80% increase in density for projects which are completely affordable.

Developers are pitching plans for four new apartment complexes along nearby Shattuck, University and San Pablo Avenues. The estimated construction timeline has not been announced yet.