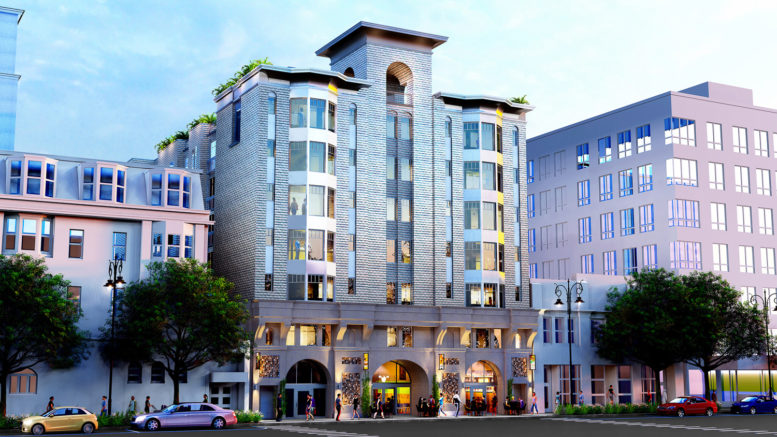 Construction has topped out for The Artisan, a seven-story residential infill by transit in Downtown Berkeley. The project will create 66 new apartments and ground-level retail at 2072 Addison Street, within walking distance of BART. Kirk Peterson & Associates, an Oakland-based firm, is responsible for the revivalist design. 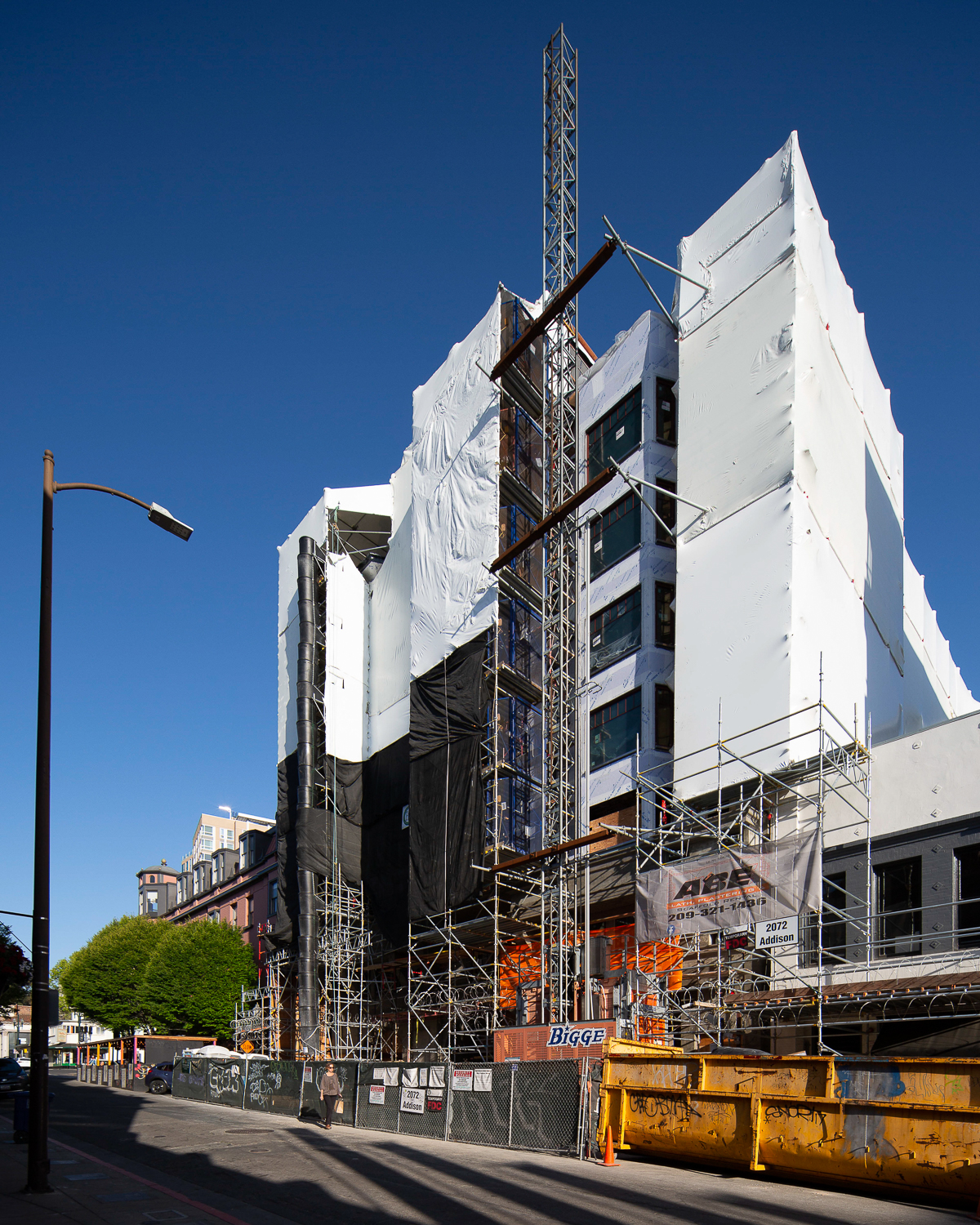 The 75-foot tall structure will yield roughly 63,000 square feet, with 44,580 square feet for residential use, open space on a mezzanine terrace and roof deck, and parking for 29 cars.

The base of the building will feature 2,330 square feet for future commercial retail. The developer is expected the space will be home to a restaurant space with the potential for an outdoor patio, adding to the city’s vast and eclectic dining options. The retail space is flexible with 14-foot ceilings, vents, and a potential outdoor patio. 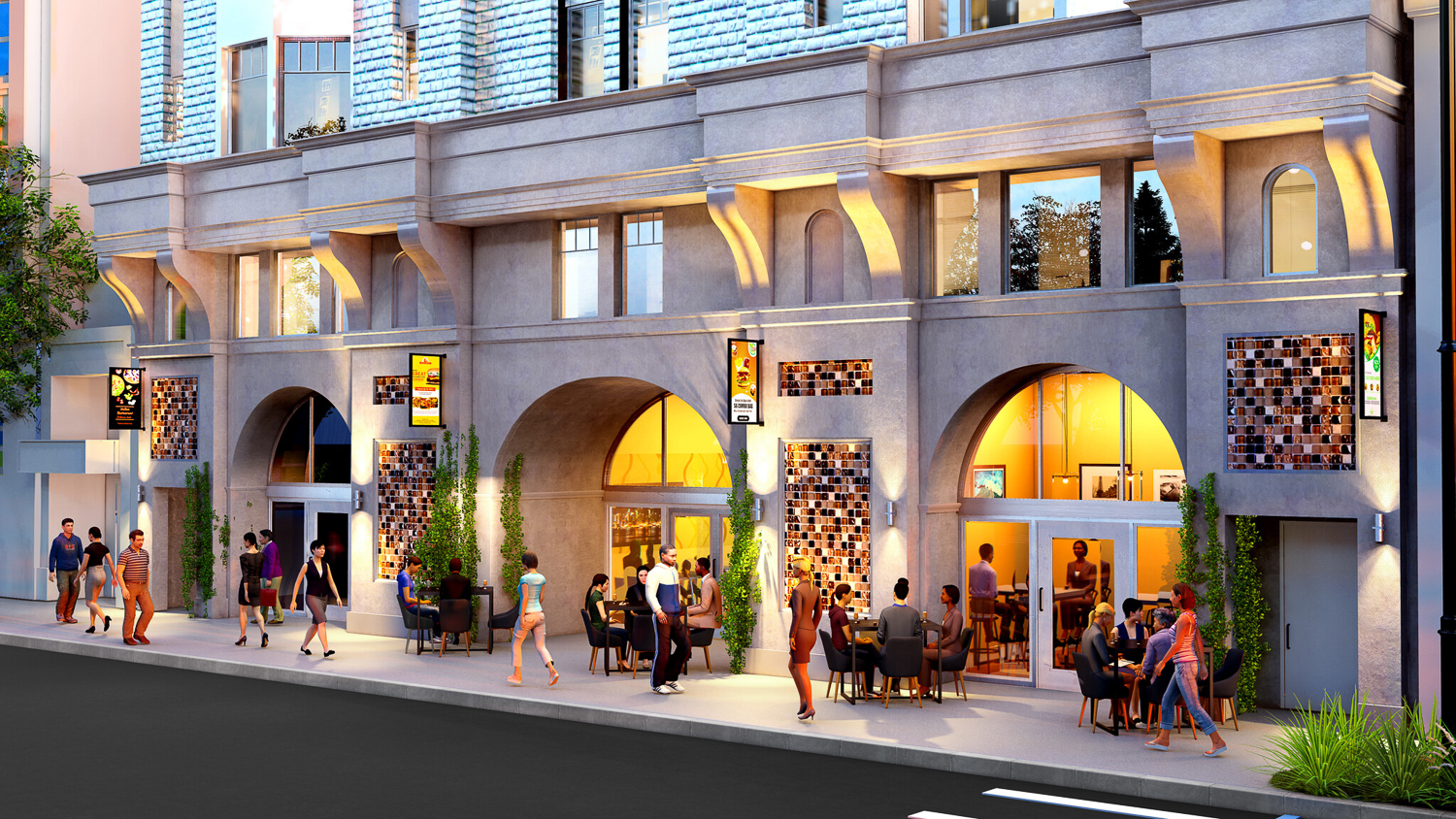 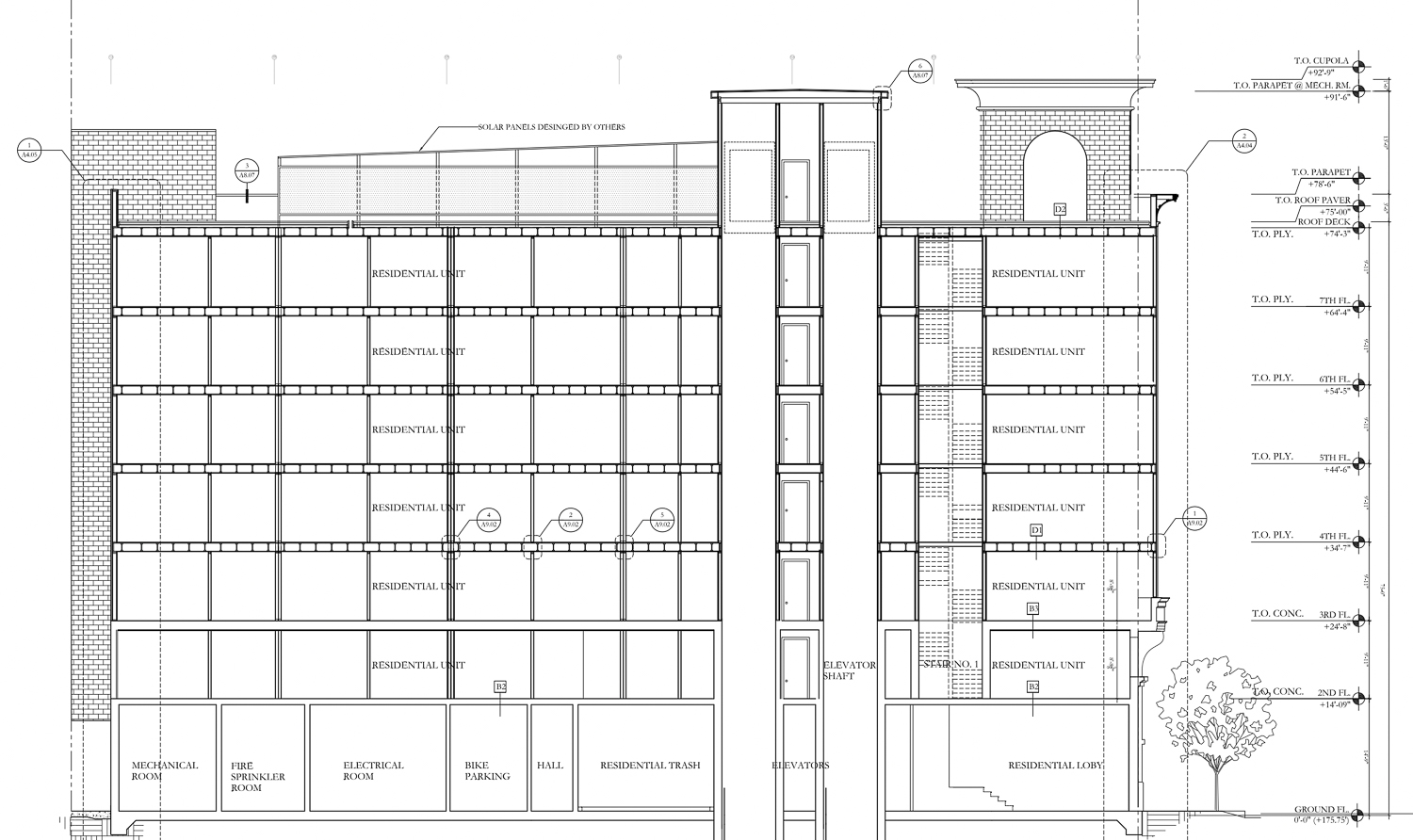 The final design by KPA Architects will showcase an integration of modern architecture with historical flare. Unique architectural elements feature prominently on the two-story concrete base. Doorways and windows are arched, earthen tones tiles will add a new texture, and the cornice extends with eaves and vegetative design elements. The rest of the building will feature bay windows and brick walls, while the rooftop will be capped with a modest copula. 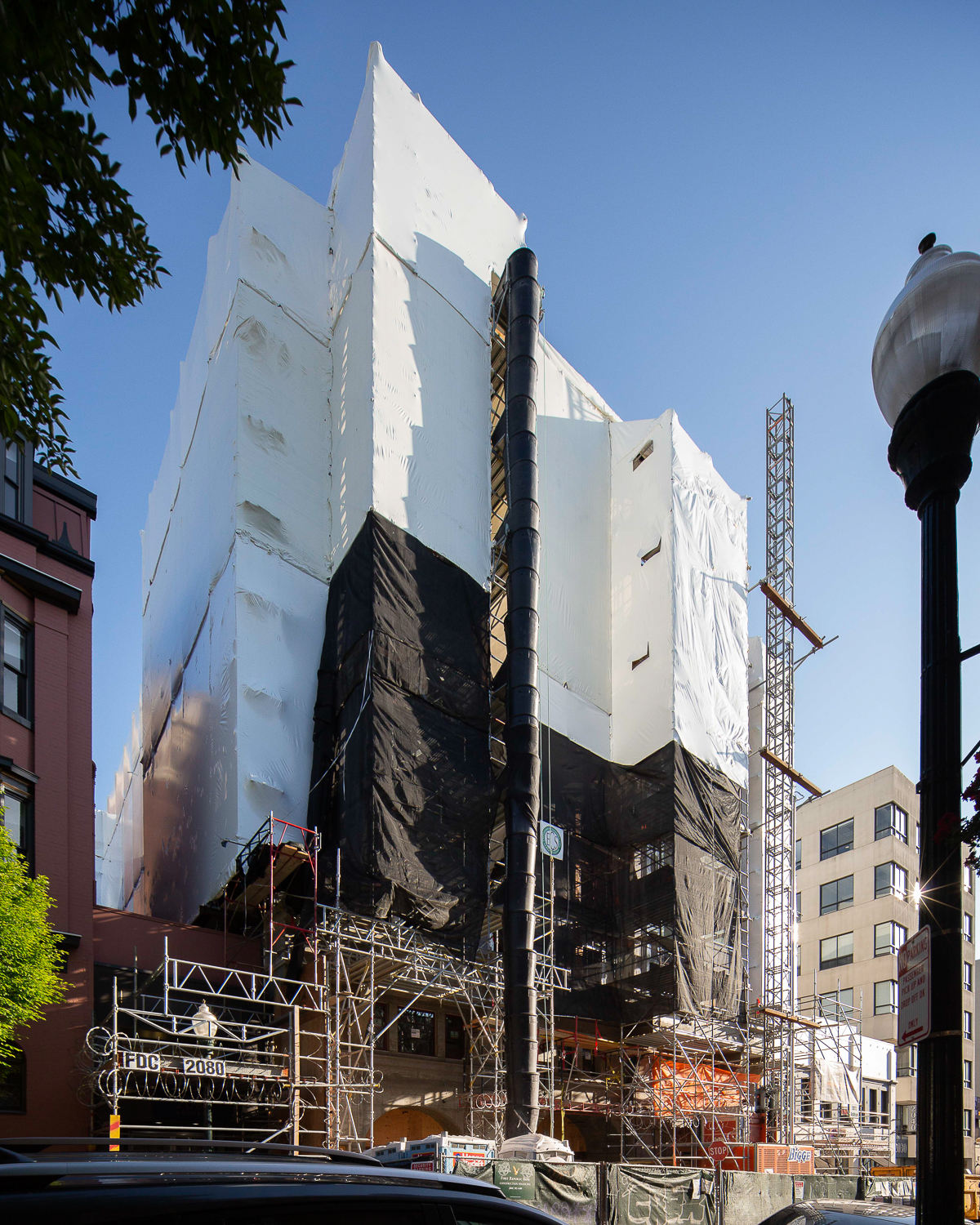 The property is located within Berkeley’s Downtown Arts District. Immediately across from 2072 Addison is Repertory Theatre, a Tony Award-winning venue with over a thousand seats. The Downtown Berkeley BART Station is just around the corner, and UC Berkeley’s sprawling campus is two blocks east.

Ruegg & Ellsworth is the project developer, and ECS Corp and Conco are responsible for constriction. The project was first proposed in 2016, with approval in 2019, and construction started soon after. The project team is now aiming to open up the ground-floor retail in September this year.

2 Comments on "Construction Topped Out for 2072 Addison Street, Downtown Berkeley"