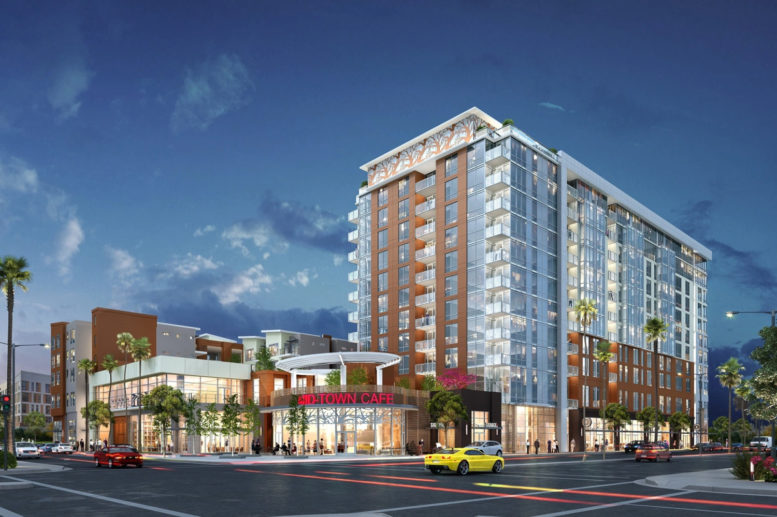 A new rendering has been revealed for the 12-story mixed-use project at 860 West San Carlos Street in Midtown, San Jose. The proposal will reshape a vacant lot with 263 new homes adjacent to existing high-density apartments and near Diridon Station. Swenson and Republic Urban Properties are jointly responsible for the development.

860 West San Carlos is the third and final phase of the $400 million residential development by the joint venture. Crews broke ground in 2016 on phase one, or Silver at Ohlone. The five-story project contains 268 units with rents between $2,310 and $3,420 per month. Phase two built Patina@Midtown, rising eight floors with 269 units with rents on the market now for a similar price range. LPMD Architects was the project architect for the previous two projects. 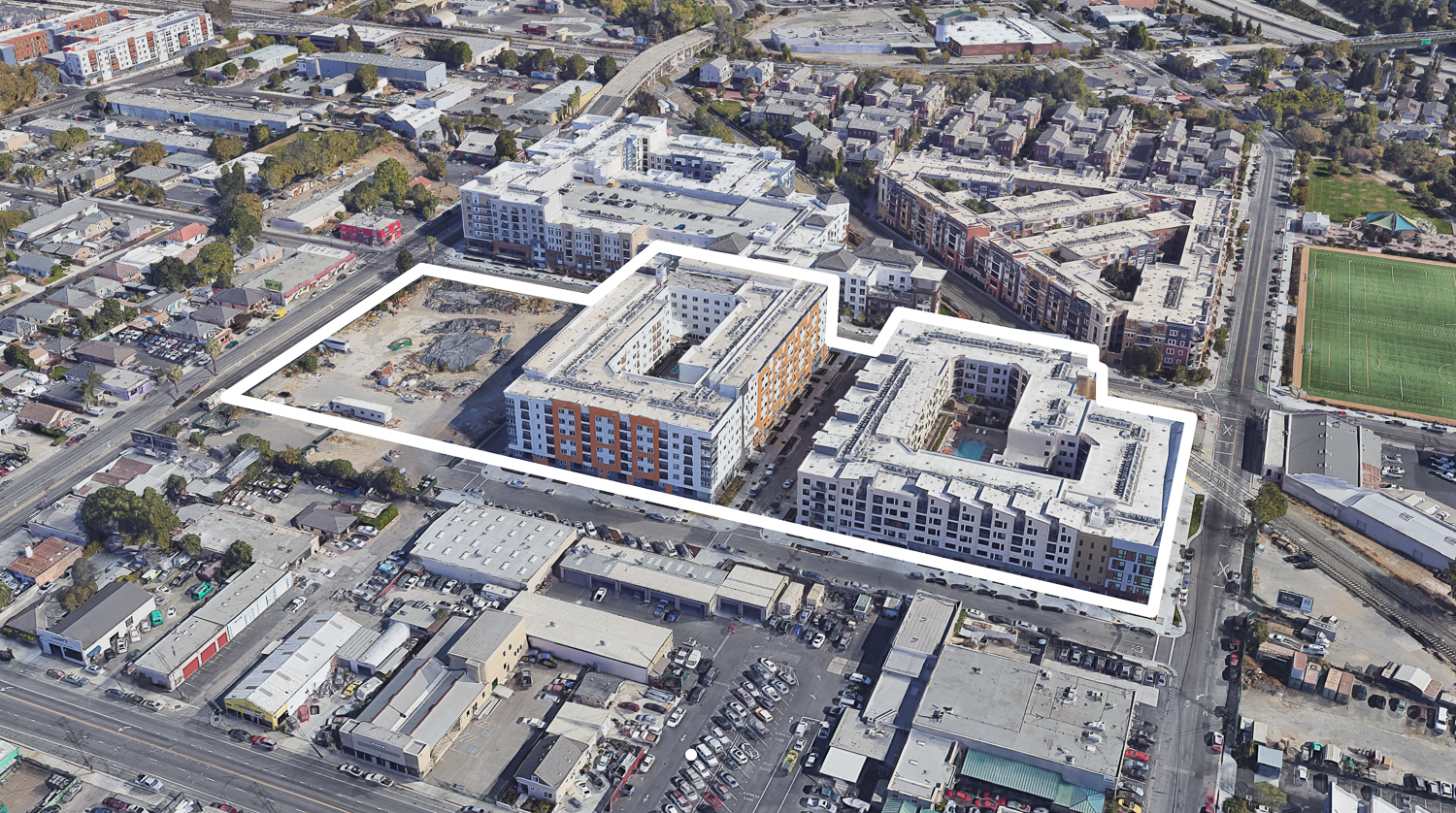 Silver at Ohlone, Patina at Midtown, and 860 West San Carlos Street from left to right, image via Google Street View outlined by YIMBY

The proposal for 860 West San Carlos is going to be the tallest project from the three phases, projected to rise five floors above Patina. City documents credit Steinberg Architects as the project architect, with HMH responsible for the landscape architecture.

The approximately 130-foot structure will rise from the 2.17-acre lot to yield around 480,000 square feet. Unit sizes will vary with 38 studios, 165 one-bedrooms, and 60 two-bedrooms. The project will feature up to 13,000 square feet of retail along the streets. Parking will be included in the structure’s podium with puzzle lifts used to maximize space efficiency. 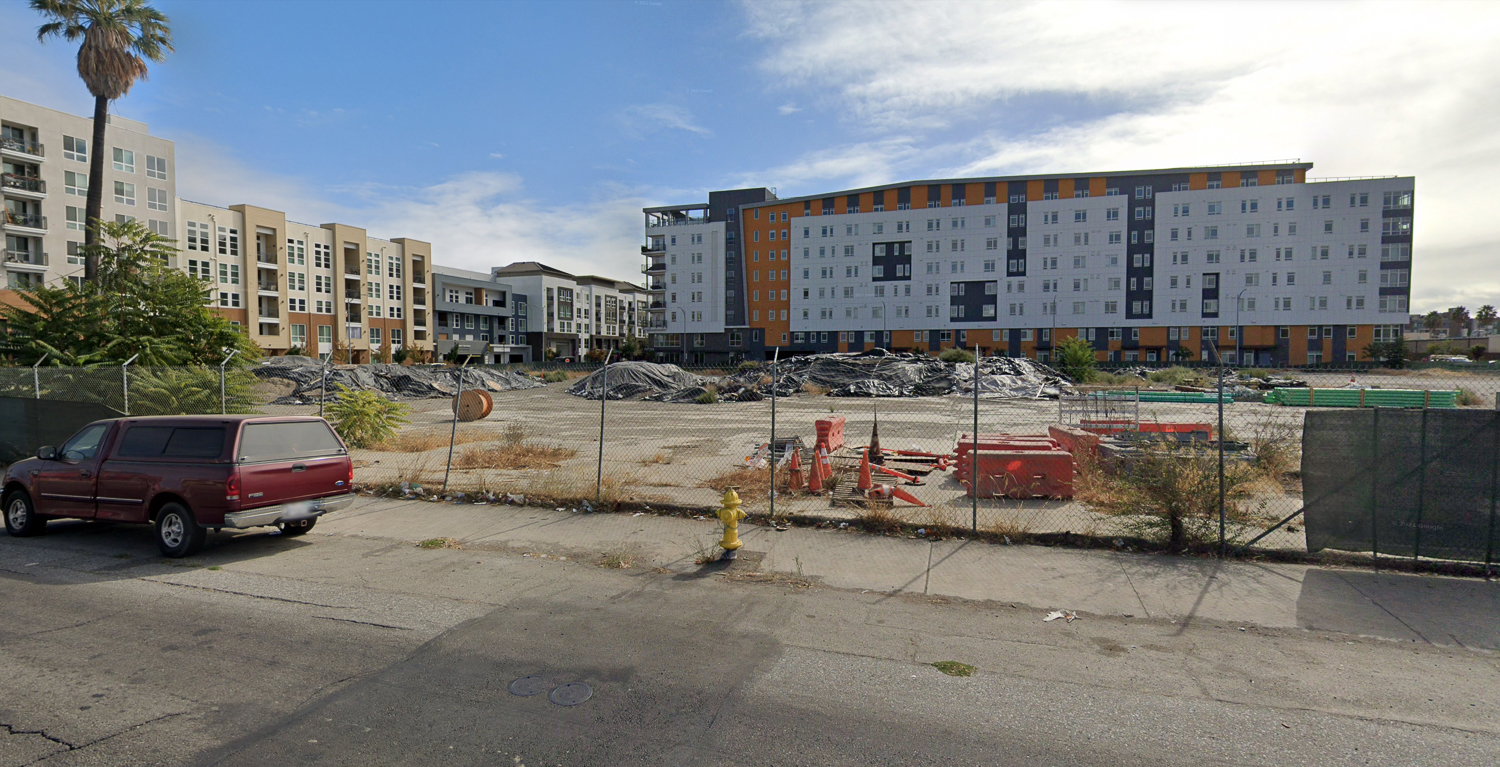 The property is located on a block bound by Sunol Street, Auzerias Street, Lincoln Avenue, and West San Carlos Street. Buses run up and down West San Carlos, allowing future residents to get to both Santana Row and Downtown San Jose within 15 minutes.

An updated timeline for construction has not yet been established.