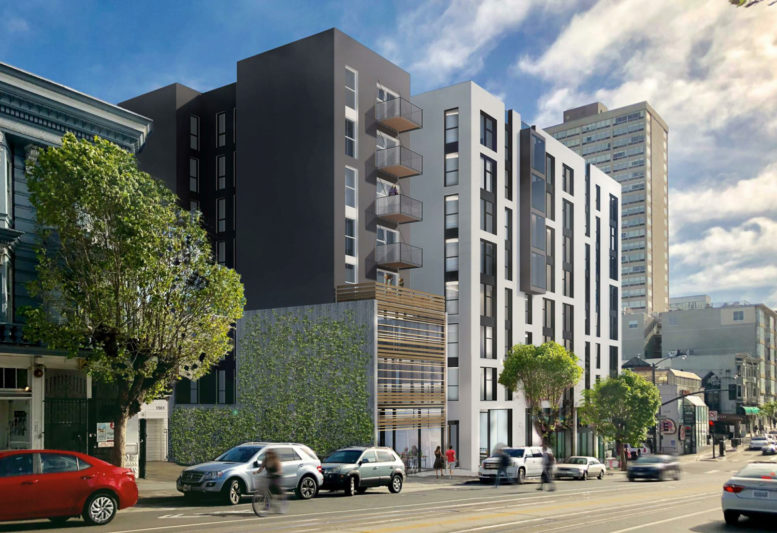 Demolition permits have been filed for the existing single-story commercial structure at 1567 California Street in Polk Gulch, San Francisco. The property is expected to be replaced by a nine-story mixed-use infill with housing and new retail space along the street. David Baker Architects will design the new building. 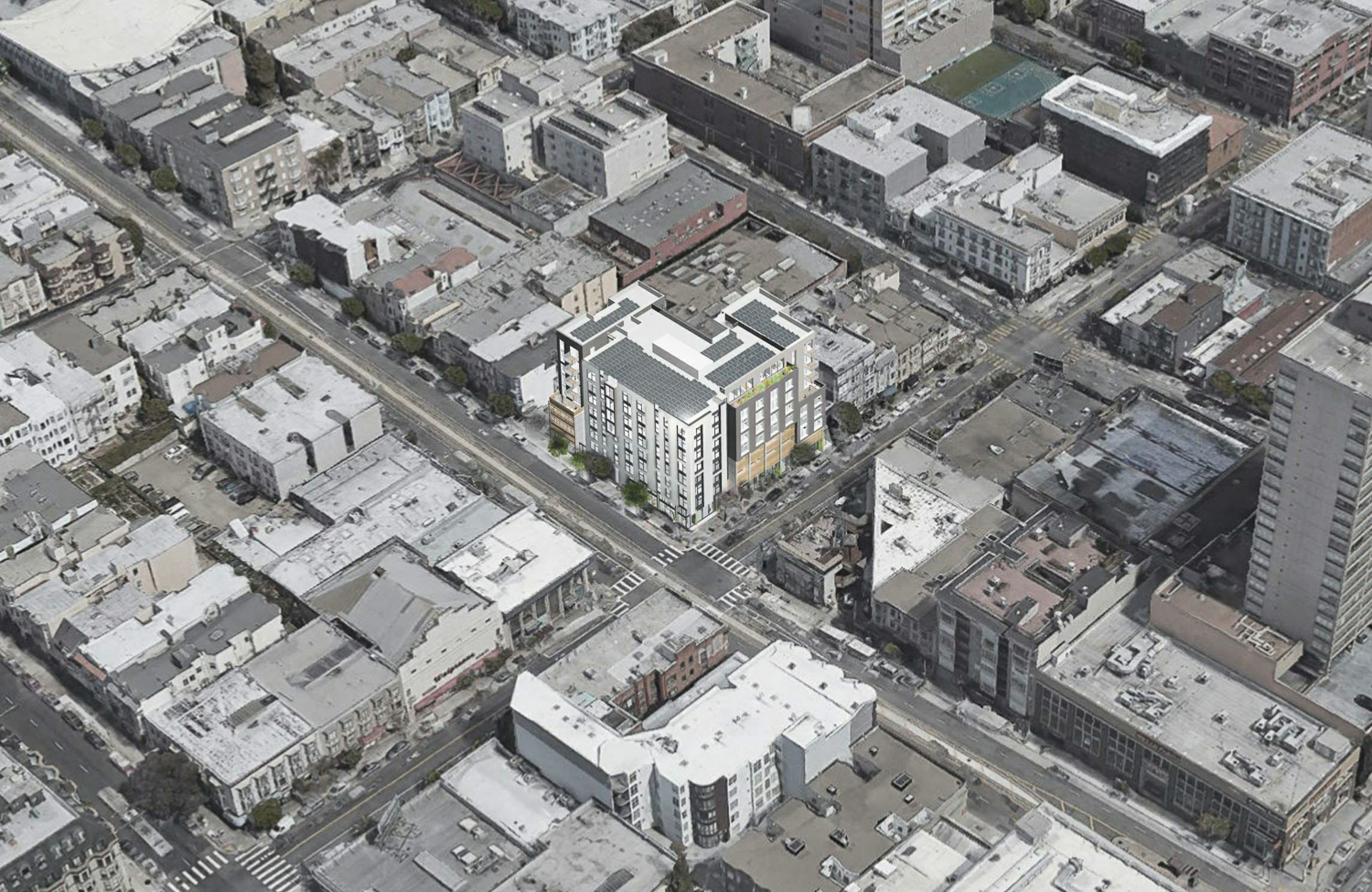 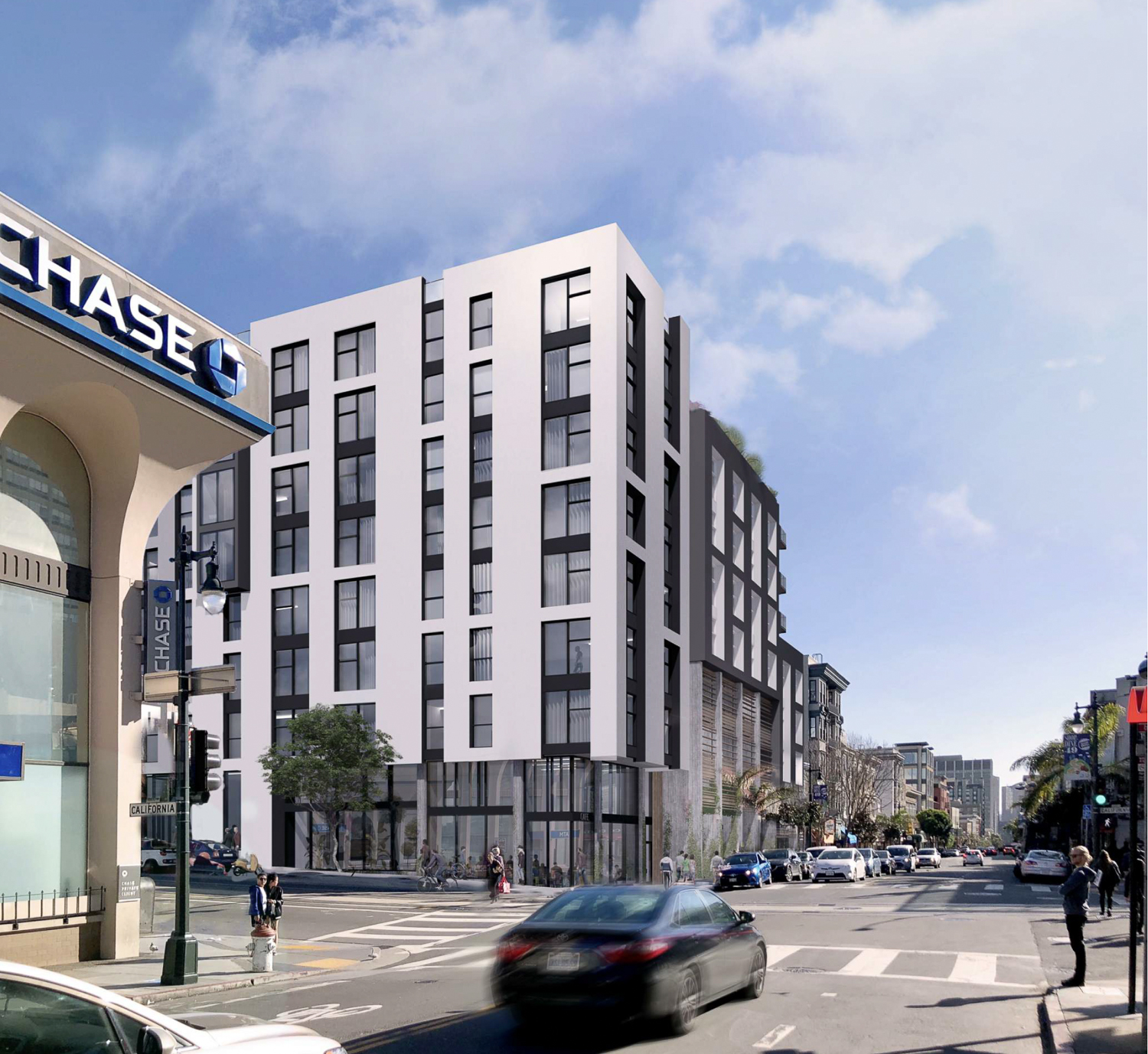 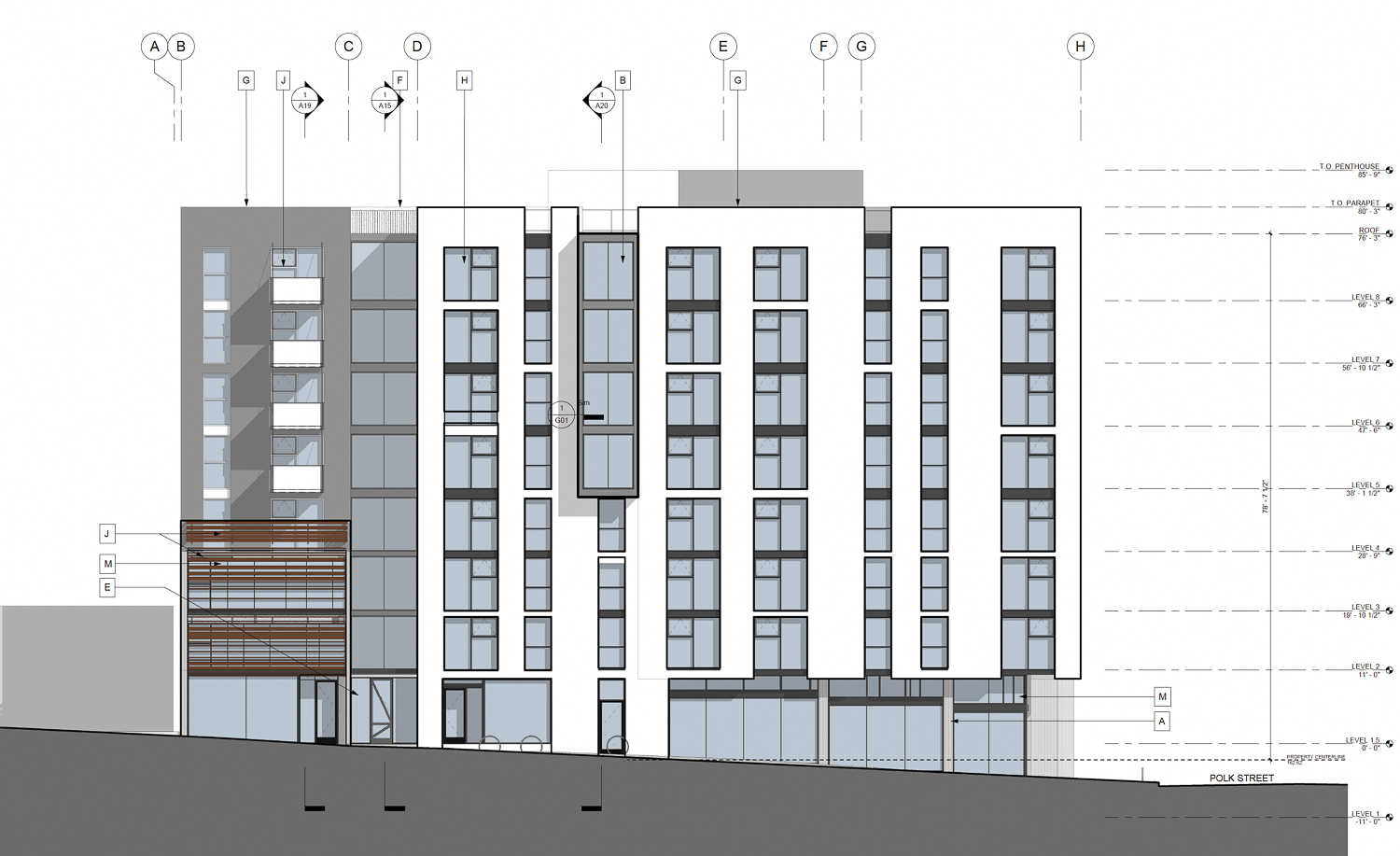 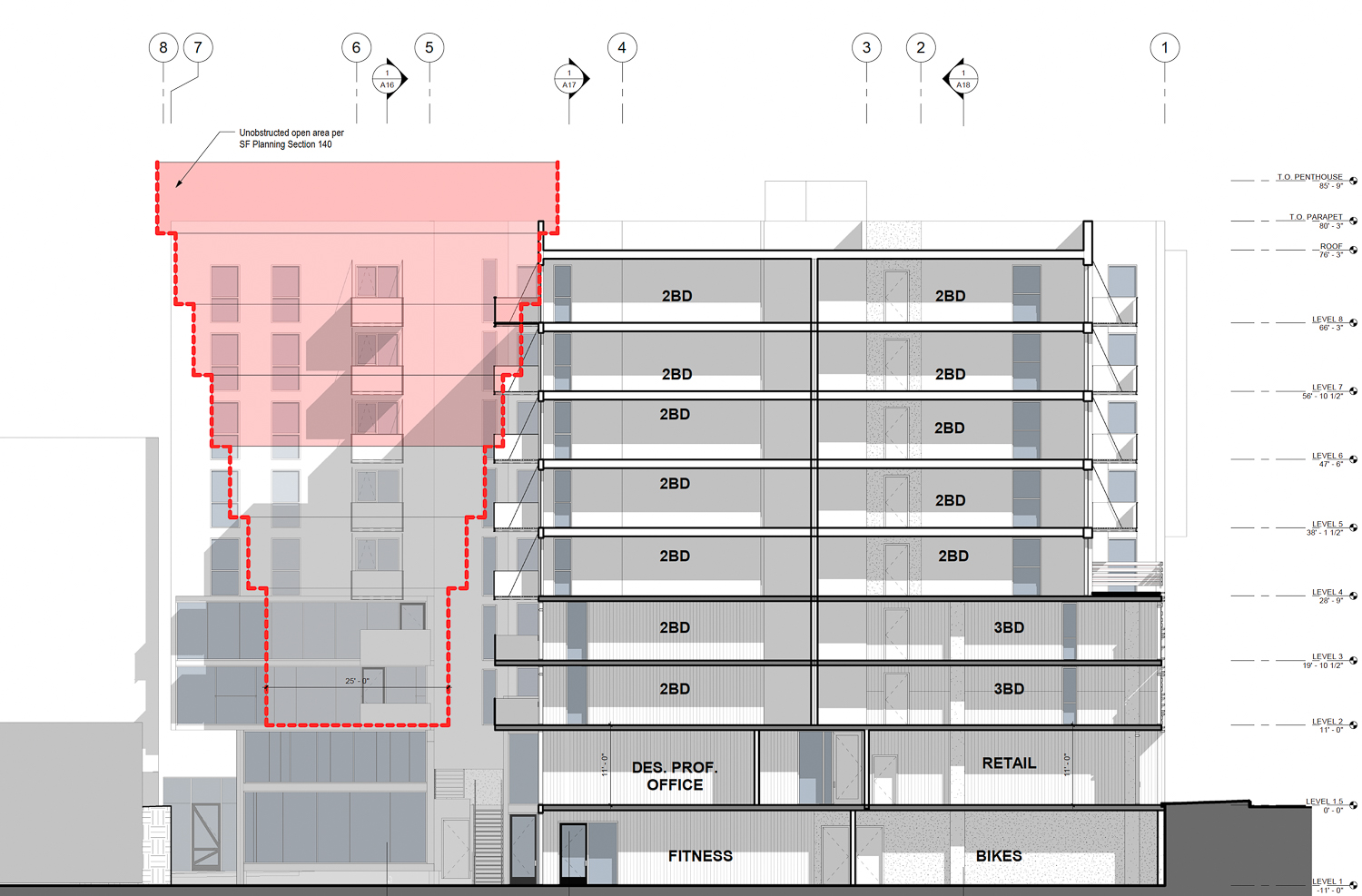 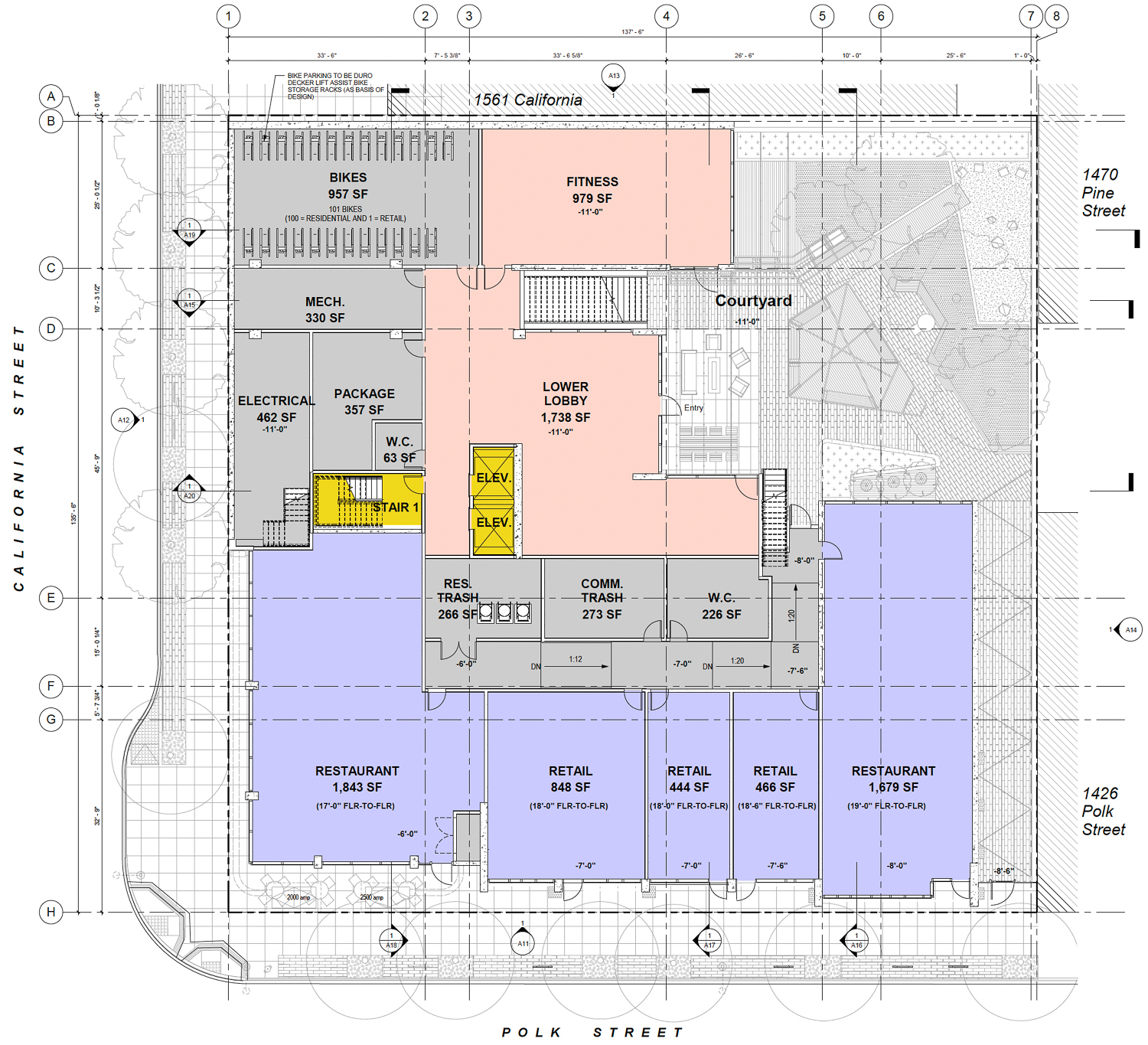 The amenities include a two-level lobby, a shared room, fitness center, and an inner-block landscaped courtyard. The central courtyard will provide a light well for the residences facing inward, with the area improved by a brick passage, planters, and outdoor furniture. Interstice Architects is responsible for landscape architecture. 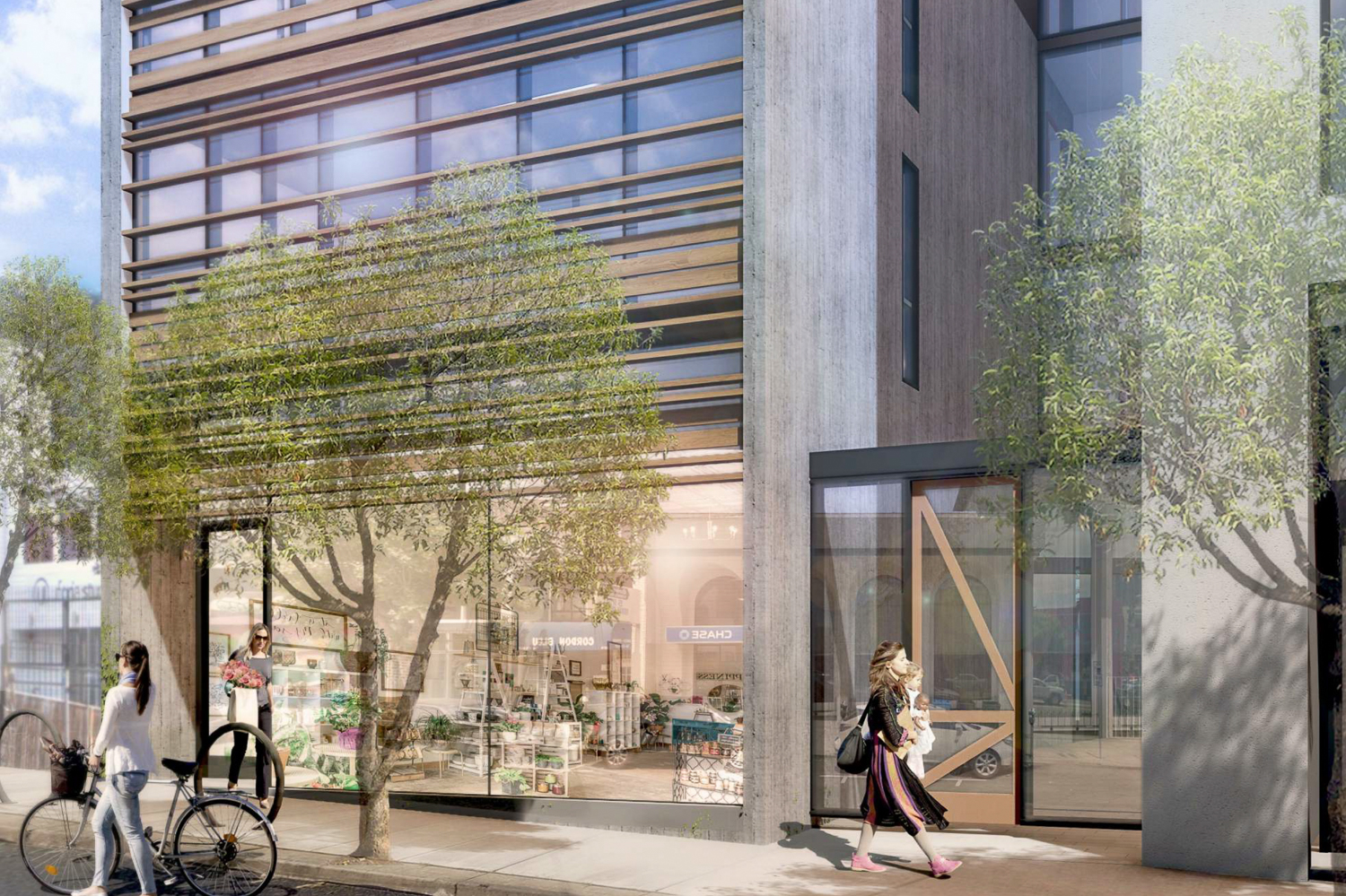 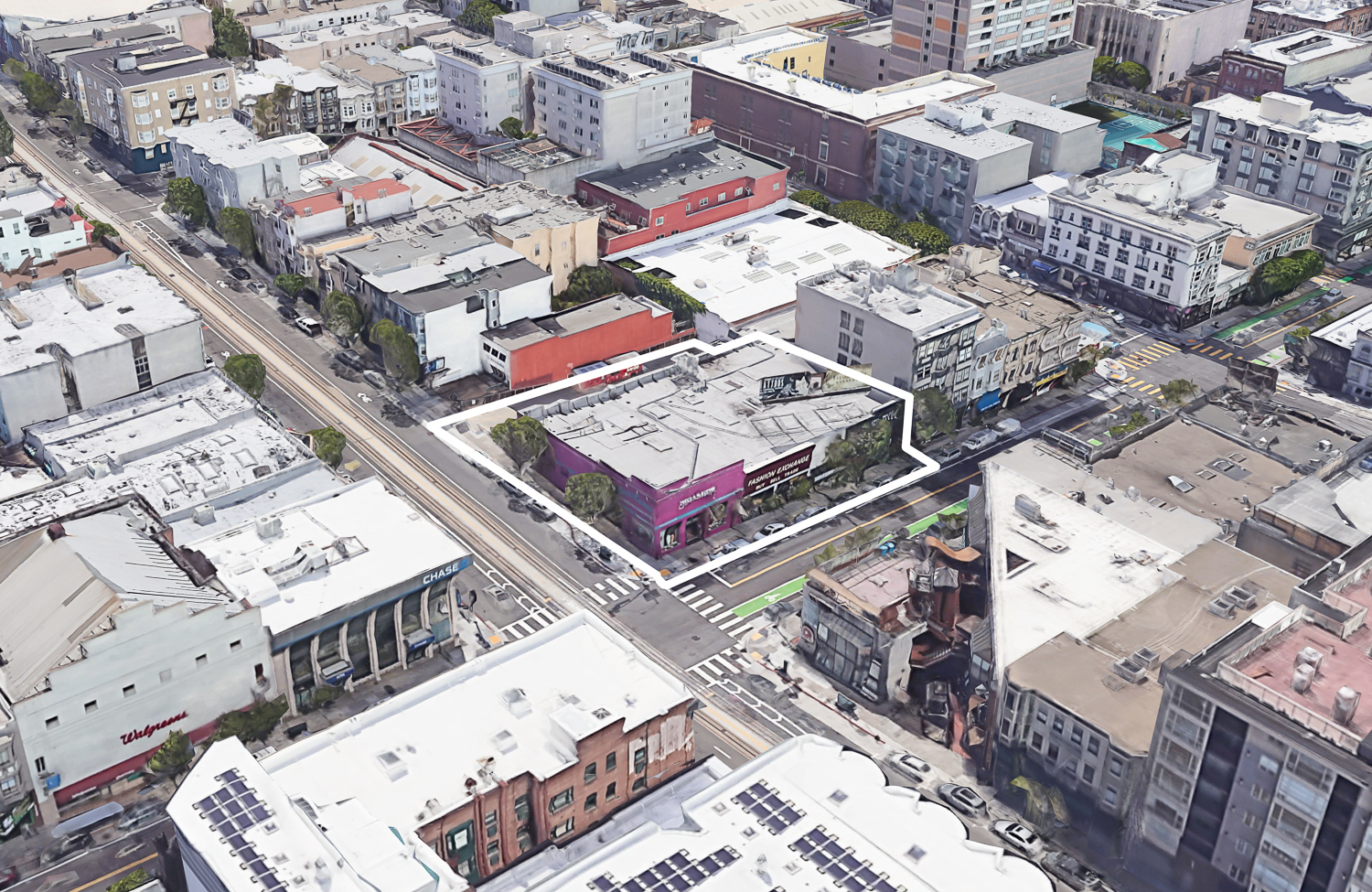 Southern Land Global, affiliated with Shanghai Laiyi Real Estate Development, is the project owner. New building permits had already been filed and issued by the city in late 2021. Construction is expected to cost around $27 million, a figure not inclusive of all development costs. Work is estimated to last around 22 months, from groundbreaking to completion.