Hangar One at Moffett Federal Airfield, rendering of concept by Planetary Ventures

Google has started work on renovating one of the largest freestanding structures in the world, Hangar One in Moffett Field, Mountain View, Santa Clara County. Crews will restore the 1933-built air hangar for Google’s Planetary Ventures unit for technological research and testing. The initial phase will include recoating, which will take around two years.

In celebration of the renovation project, Congresswoman Anna G Eschoo shared a press release stating that “Our community has worked for years to save this historic landmark that defines the landscape of the South Bay region and Silicon Valley.” The release states that Google’s renovations will closely replicate the original visual characteristics. 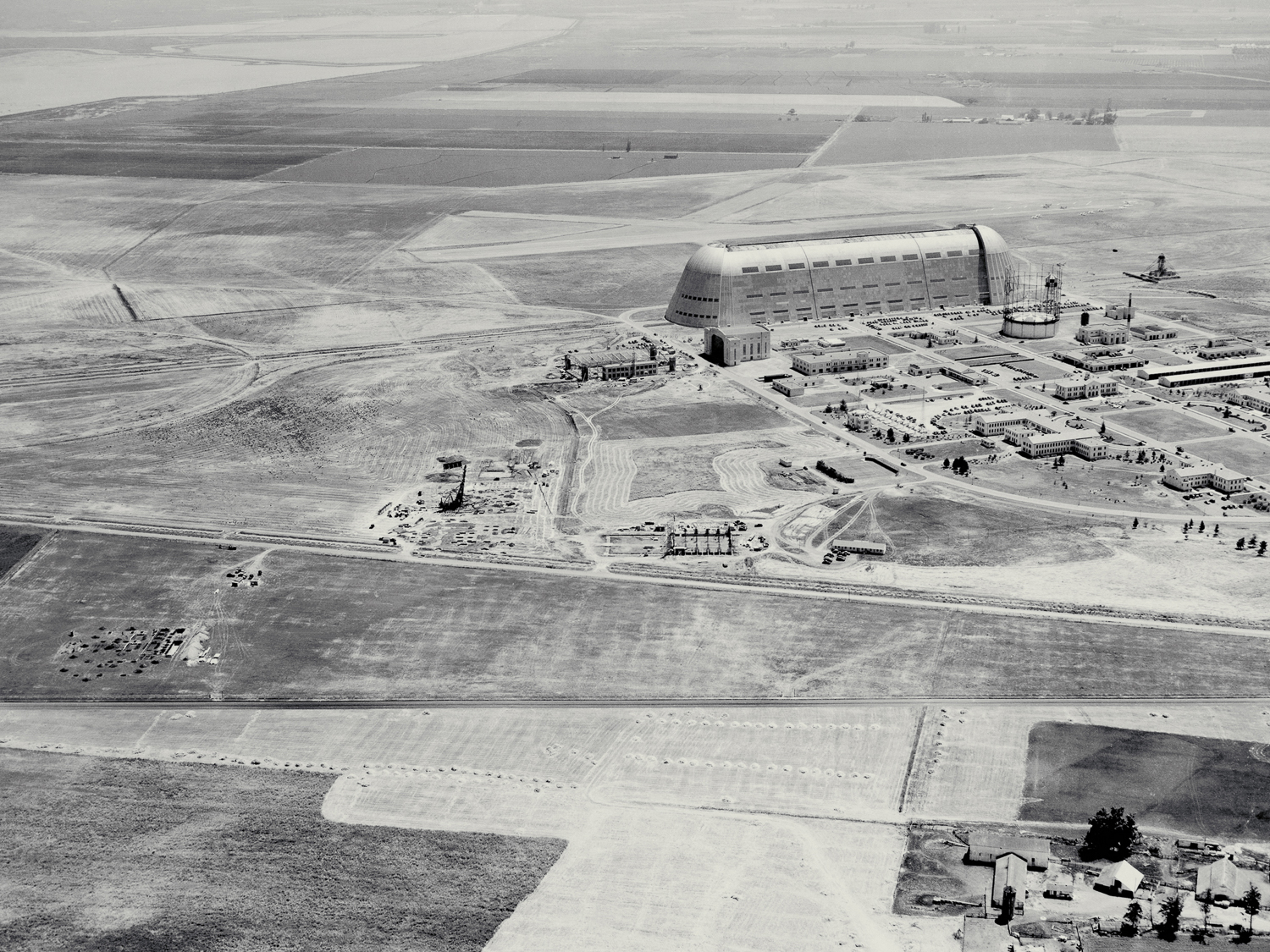 Hangar One at Moffett Federal Airfield circa 1940, image from NASA

Hangar One was built in 1933 during the Great Depression as part of Admiral William A. Moffett’s vision for Naval Aviation. The mid-century design, shaped like an elongated dome, is 198 feet tall, 308 feet wide, 1,133 feet long, or around a fifth of a mile long. Its interior covers eight acres, enough to contain the Salesforce Park with 2.6 acres to spare.

According to the National Park Service biography on Number One, “the hangar is constructed on an amazing network of steel girders sheathed with galvanized steel. It rests firmly upon a reinforced pad anchored to concrete pilings. The floor covers eight acres and can accommodate 10 football fields.”

The NPS goes on to share that what makes Number One “unique and spectacular are the “orange peel” doors, weighing 500 tons each…Each door is powered by a 150 horsepower motor… The hangar’s interior is so large that fog sometimes forms near the ceiling. A person unaccustomed to its vastness is susceptible to optical disorientation. “

Hangar One at Moffett Federal Airfield interior, rendering of concept by Planetary Ventures

The building also briefly contained the USS Macon from late 1933 to February 1935. The structure was so large that it could accommodate several smaller non-rigid lighter-than-air vehicles along with the Macon.

NASA took control of the site from the Navy in 1994. In 2003, toxins from the hangar’s exterior panels were discovered. The US Navy removed these panels in 2011 and cleaned up toxic materials, leaving NASA in charge of reskinning. By 2014, Google started a 60-year lease for the 1,000-acre Moffett Field Site for $1.6 billion, including repurposing the three existing airship hangers into laboratories. The space is expected to help Google’s Planetary Ventures unit study robots, rovers, drones, balloons, and other technology. Still, Google remains vague about the details of why Number One will be used.

Hangar One at Moffett Federal Airfield entry, rendering of concept by Planetary Ventures

In the initial press release by NASA in 2014 announcing the deal with Planetary Ventures, the firm estimated it would invest $200 million for improvements, including refurbishment of Hangars One, Two, and Three, operating the Moffett Federal Airfield, and it would create an educational facility for the public to engage with the site’s legacy and role in Silicon Valley.
Phase one of the renovations, including recoating and structural upgrades, is expected to take two years. The overall timeline for full completion has not yet been published.

Be the first to comment on "Google Starts Renovation for Hangar One in Moffett Field, Mountain View"