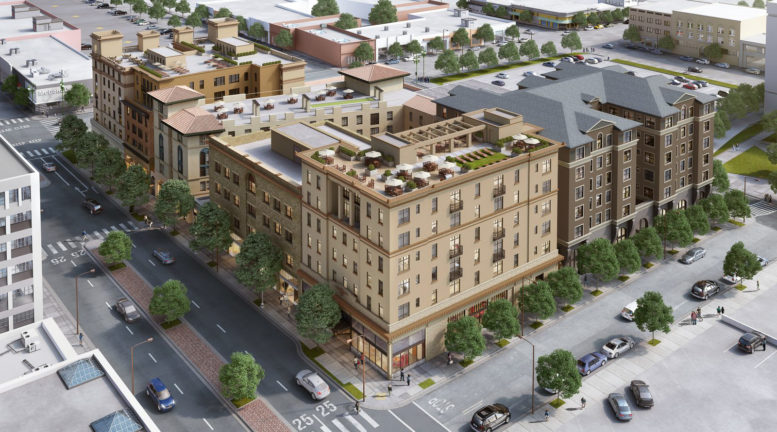 Significant progress has been made on Modera Berkeley since YIMBY visited in March of last year. Facade installation on all four structures has finished in Downtown Berkeley, with the MacFarlane Building now open with its first retail tenant, Citibank, while leasing has been underway since early 2021. Florida-based Mill Creek is responsible for the 205-unit development. 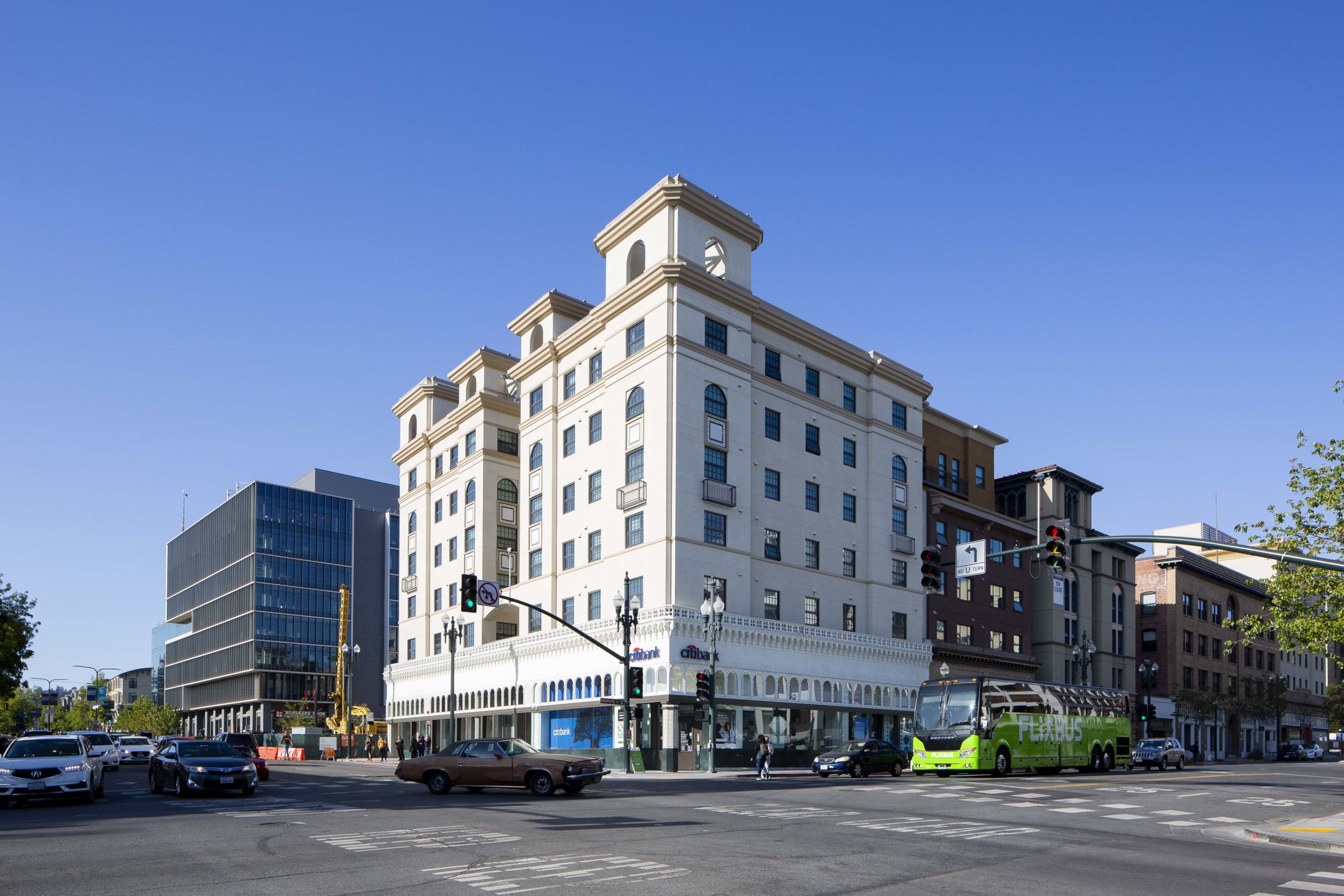 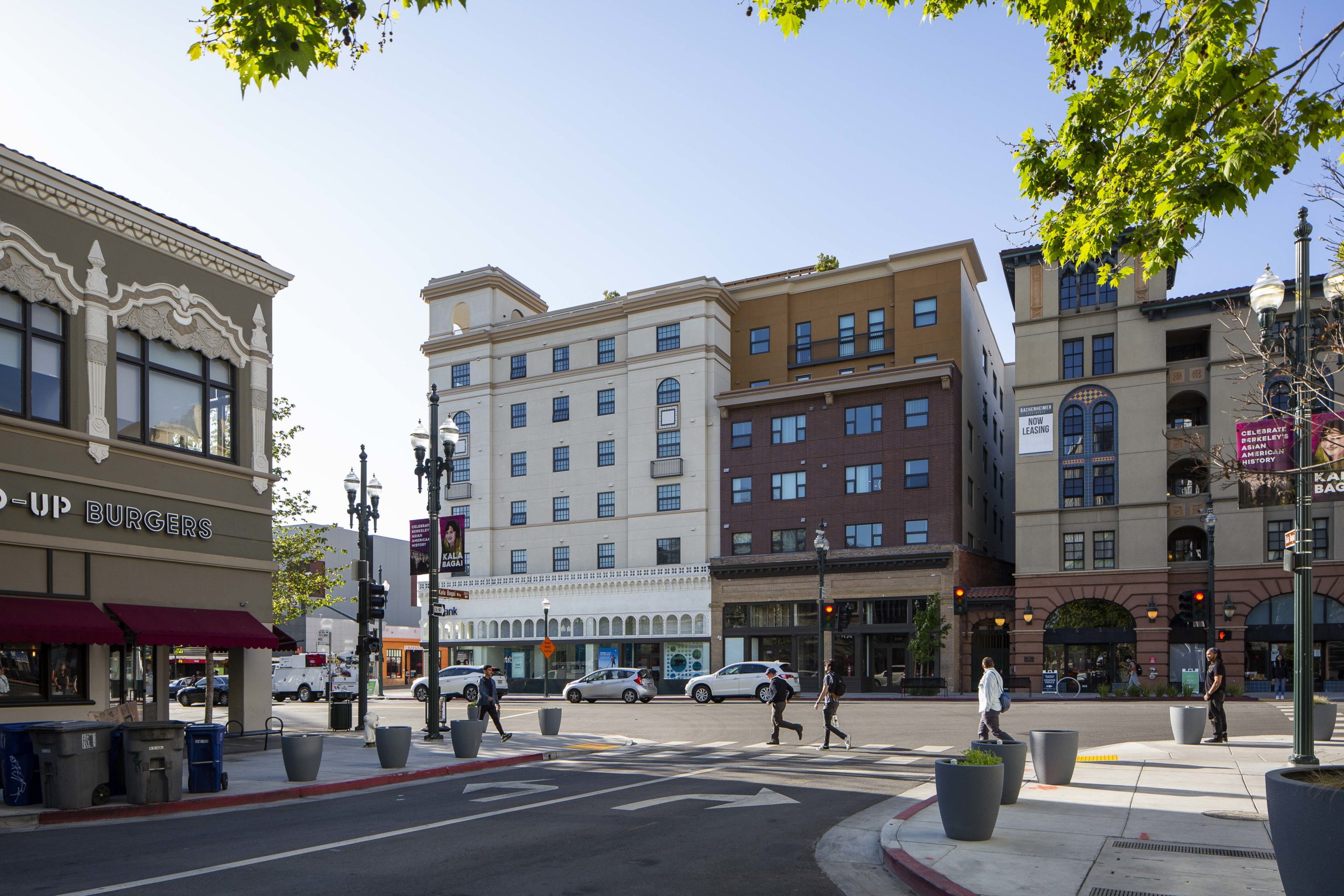 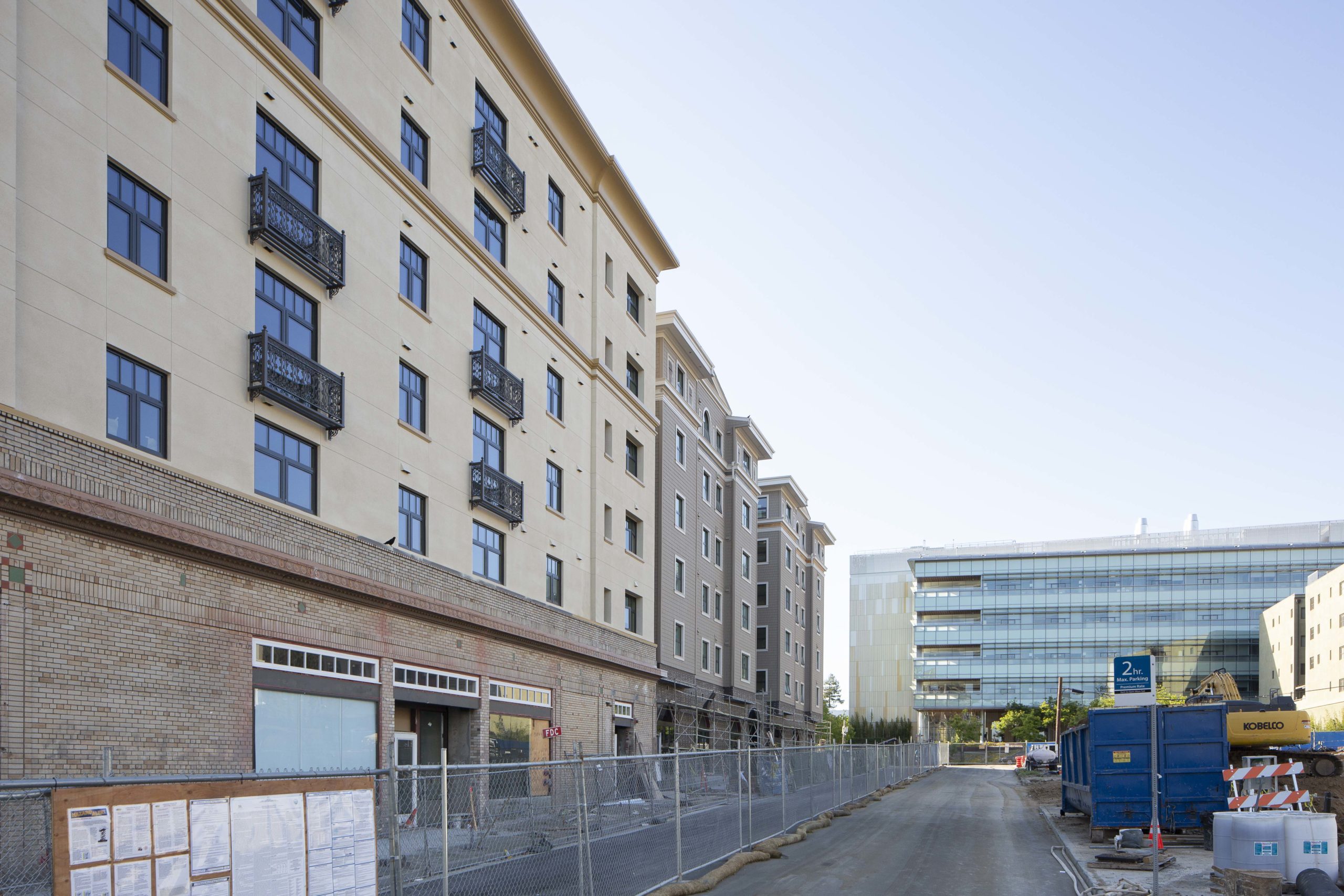 The project has made adaptive reuse of three single-story structures, retaining facades for the podium with new construction on top, all three standing six stories tall. The fourth building, the Acheson/Physicians Building, has been preserved to exhibit its four-story brick exterior and center arch, with the interiors now containing 21 apartments. 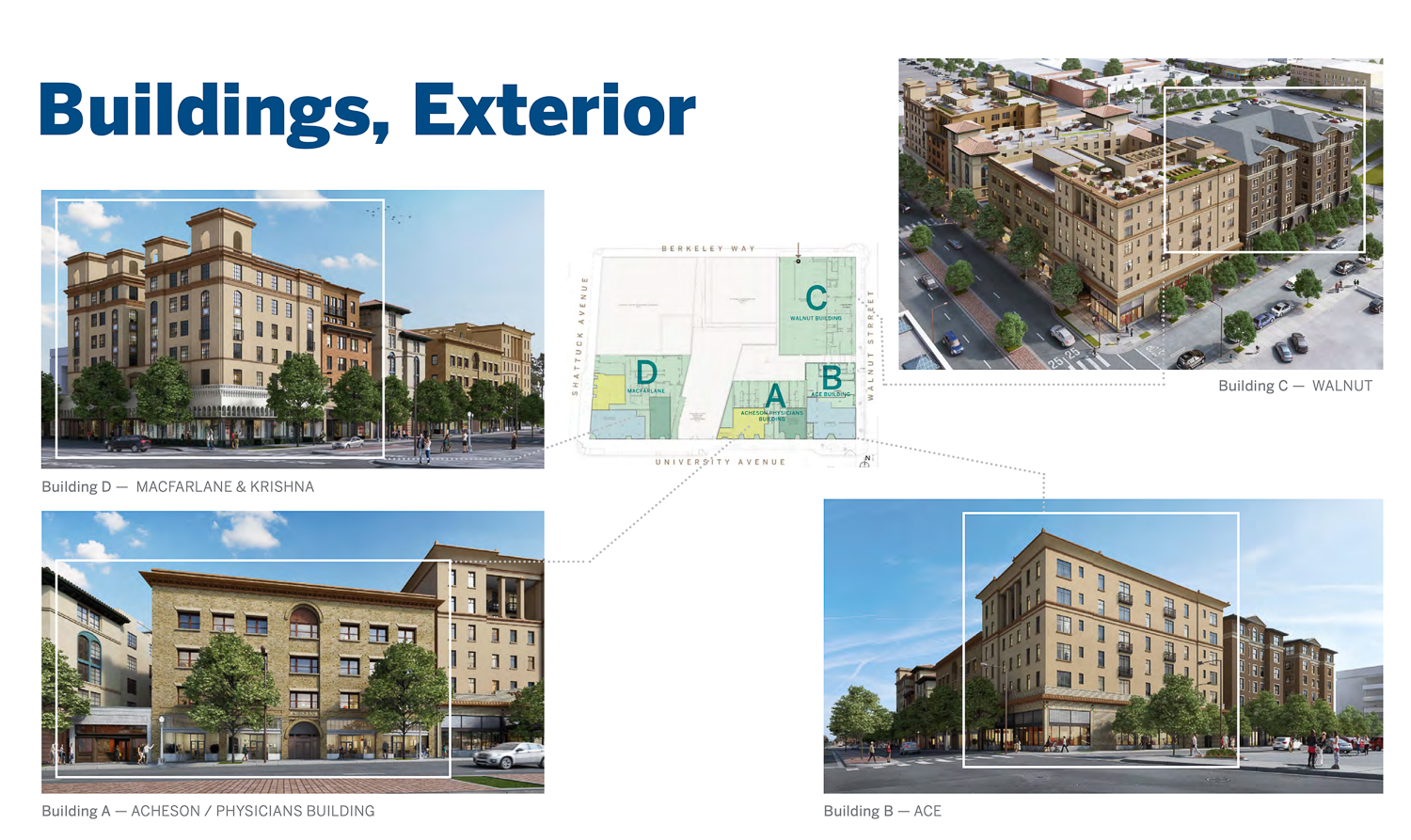 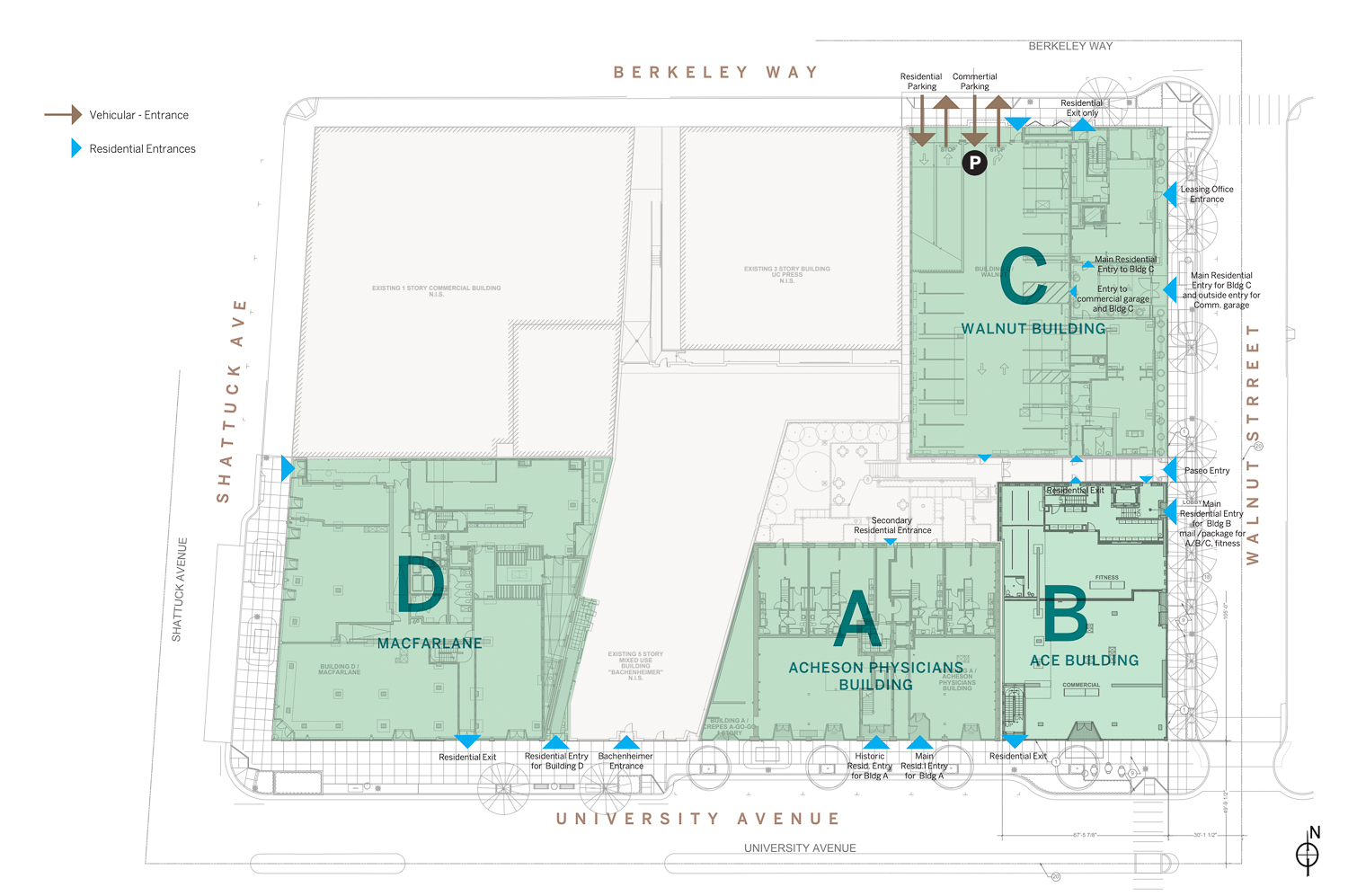 Around the block is the Walnut Building at 1900 Walnut Street. Construction has topped out with facade installation complete, yielding 67,990 square feet with 78 residences and 2,790 square feet of retail. The Ace Building at 2145 University Avenue contains 35 homes across 36,690 square feet, with a base of 5,120 square feet for retail. 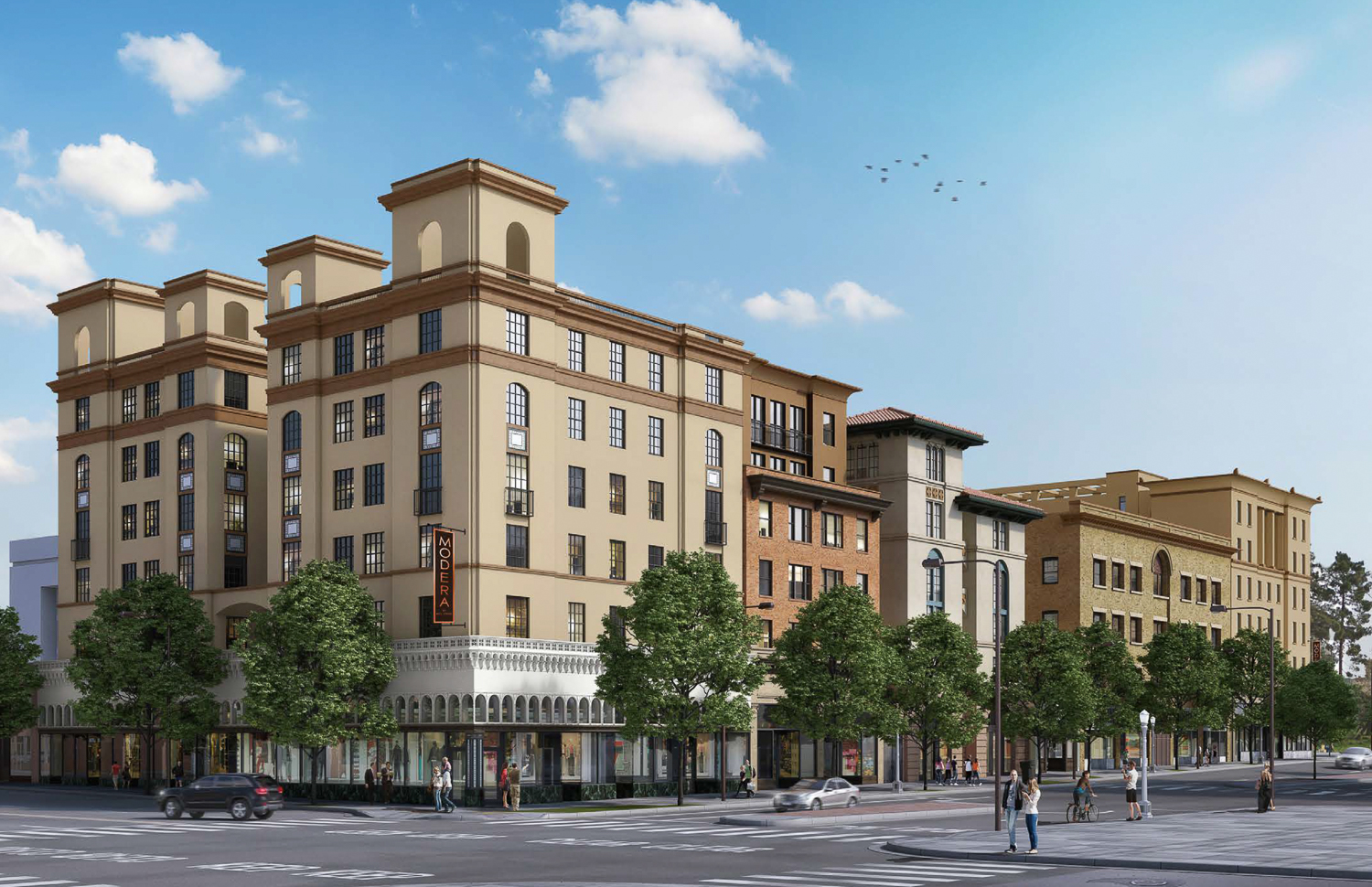 The MacFarlane Building, within the Modera Berkeley, rendering by Sky Design

The MacFarlane Building is Modera Acheson’s most prominent structure. Located at the corner of University and Shattuck, it rises six floors, capped by four copulas. Inside, the building has added 69 homes and ground-floor retail space now occupied by Citibank. 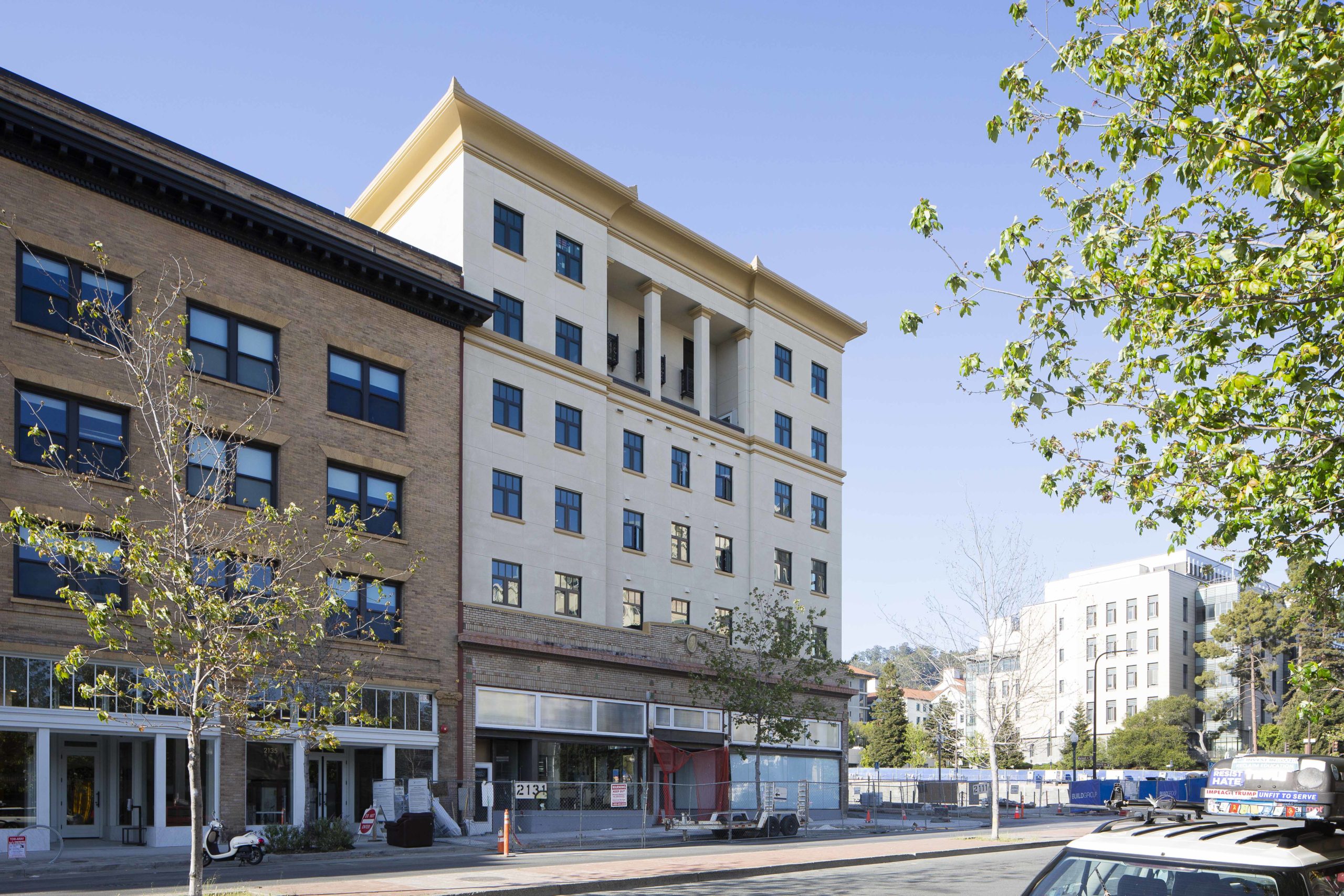 Kirk E. Peterson & Associates, a Berkeley-based firm, is responsible for the design. As with many of KPA’s designs, it is imbued with Spanish Revival elements to elevate the area’s Spanish colonial history.

While the MacFarlane Building and Acheson/Physicians are open, some interior work remains on the other two structures before the project can be deemed complete.