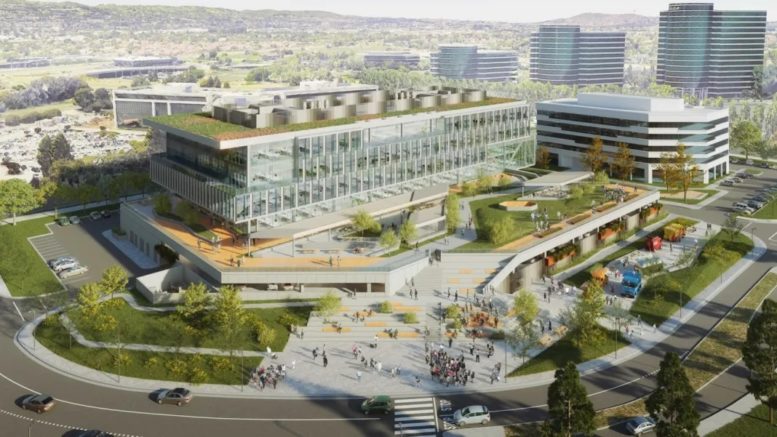 The project site is comprised of three buildings totaling 147,000 square feet. 85,000 square feet of space will be retained at 100 Marine Parkway, while the remaining two buildings, originally constructed in 1982, will be redeveloped.

Prince Street Partners and Center Capital Partners acquired the site in March of this year for $82.75 million. The property was sold by Rockpoint Group, which had held the asset for seven years prior to the sale.

The campus will be located within proximity of several major employers, including Electronic Arts, Oracle, and others. Facebook and Google both have their campuses just a short drive south of the project site.

The project, if approved, will add to a growing number of life science and tech-oriented development that has graced the area over the years.

Be the first to comment on "New Life Sciences Campus Proposed At 100 Marine Parkway, Redwood City"