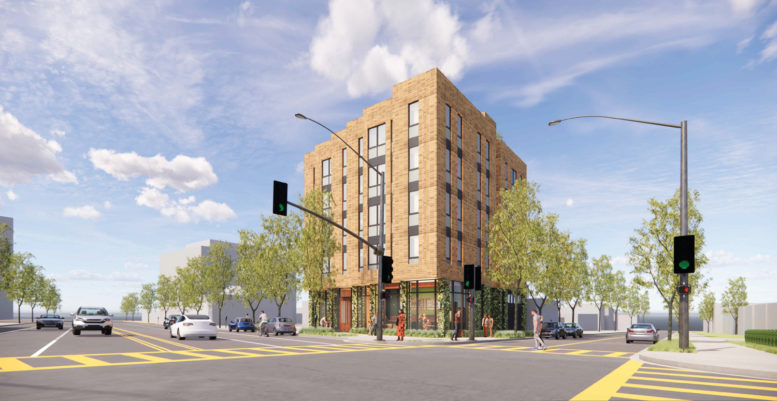 New plans have been filed for a five-story residential development at 2800 Telegraph Avenue, in South Berkeley, Alameda County. The project will replace a single-story commercial structure with thirteen new homes.

Berkeley-based Trachtenberg Architects is responsible for the design. Given the project’s small scale, the facade is straightforward without articulation, with thin tan-colored bricks and metal infill panels around the windows. Wines will be installed around the ground level, framing the curtainwall system that will floor the office lobby and leasing room with natural light. 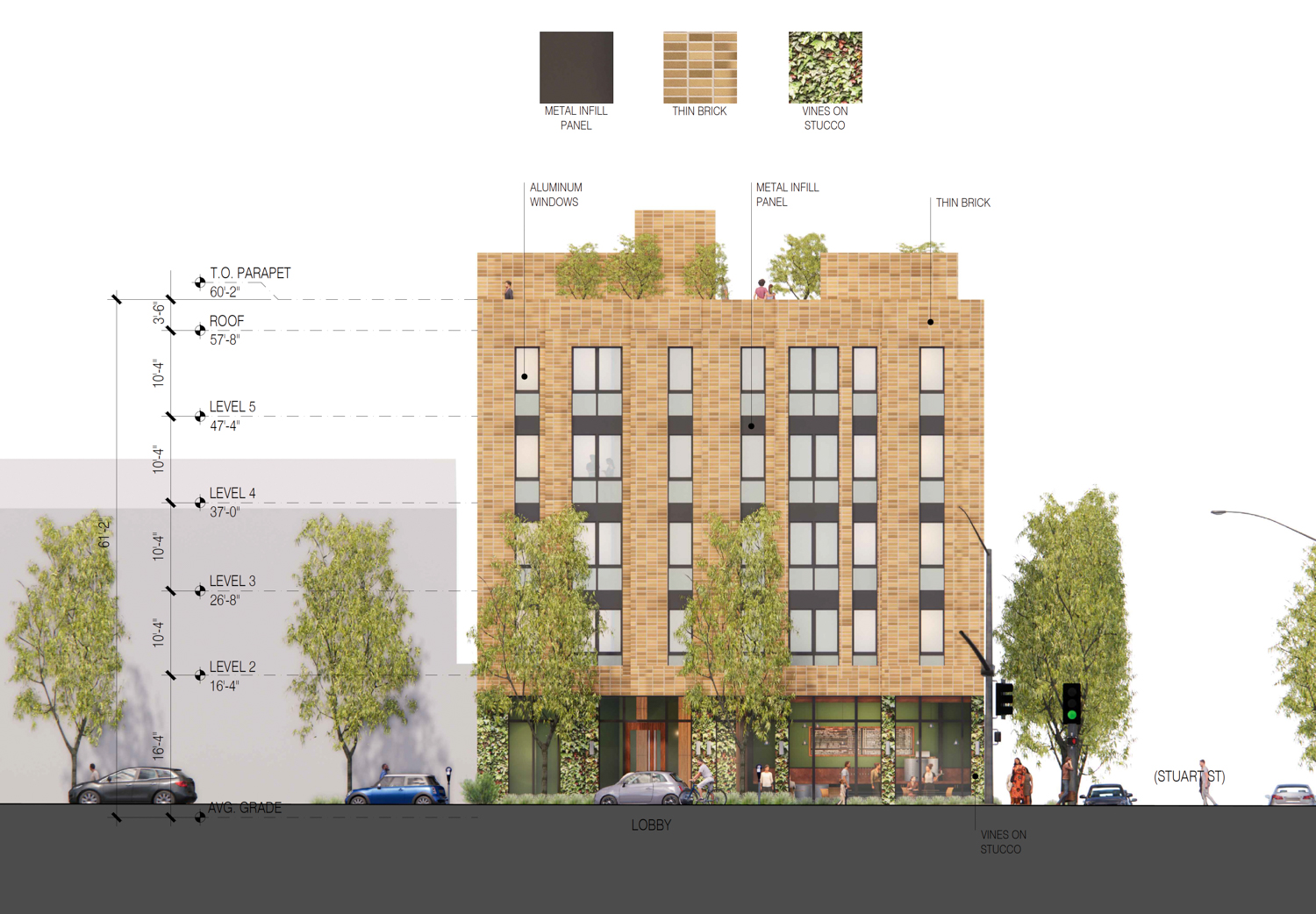 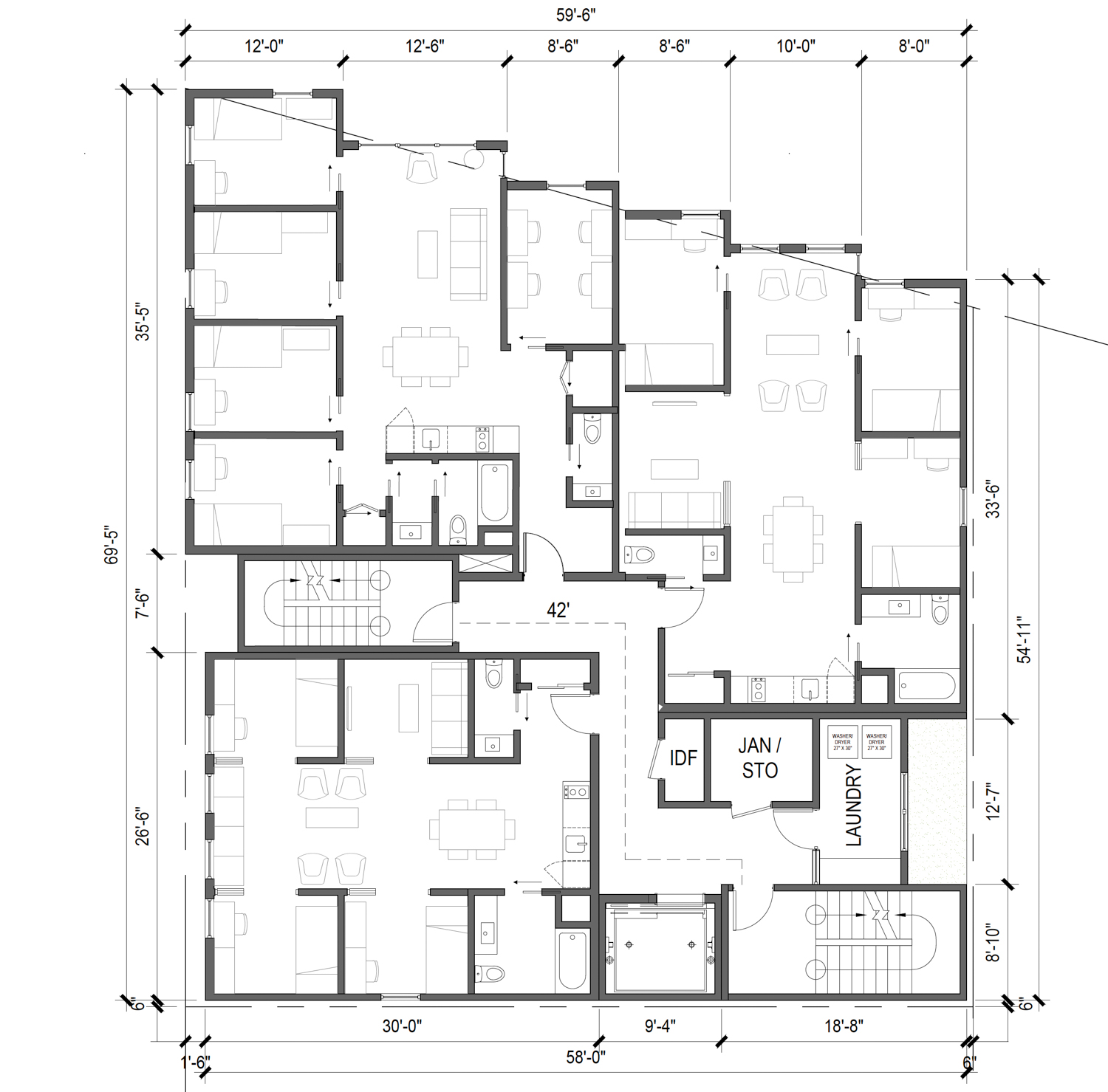 The 60-foot tall structure will yield 15,790 square feet from the 0.08-acre site. Unit sizes will vary with one studio, eight three-bedrooms, and four four-bedrooms. Parking will be included for one vehicle and 16 bicycles. One unit will be for a household earning very-low-income relative to the Area Median Income. As a result, the property benefits from the State Density Bonus program.

The property is located along the commercial thoroughfare at the corner of Telegraph and Stuart Street on a block bound on the other edges by Oregon and Ellsworth Street. Residents will be across from the Willard Middle School and the public Willard Park. People’s Park, a community-created green space and site of a proposed new UC Berkeley School, is less than ten minutes away on foot. The UC Berkeley Campus is just five minutes further. 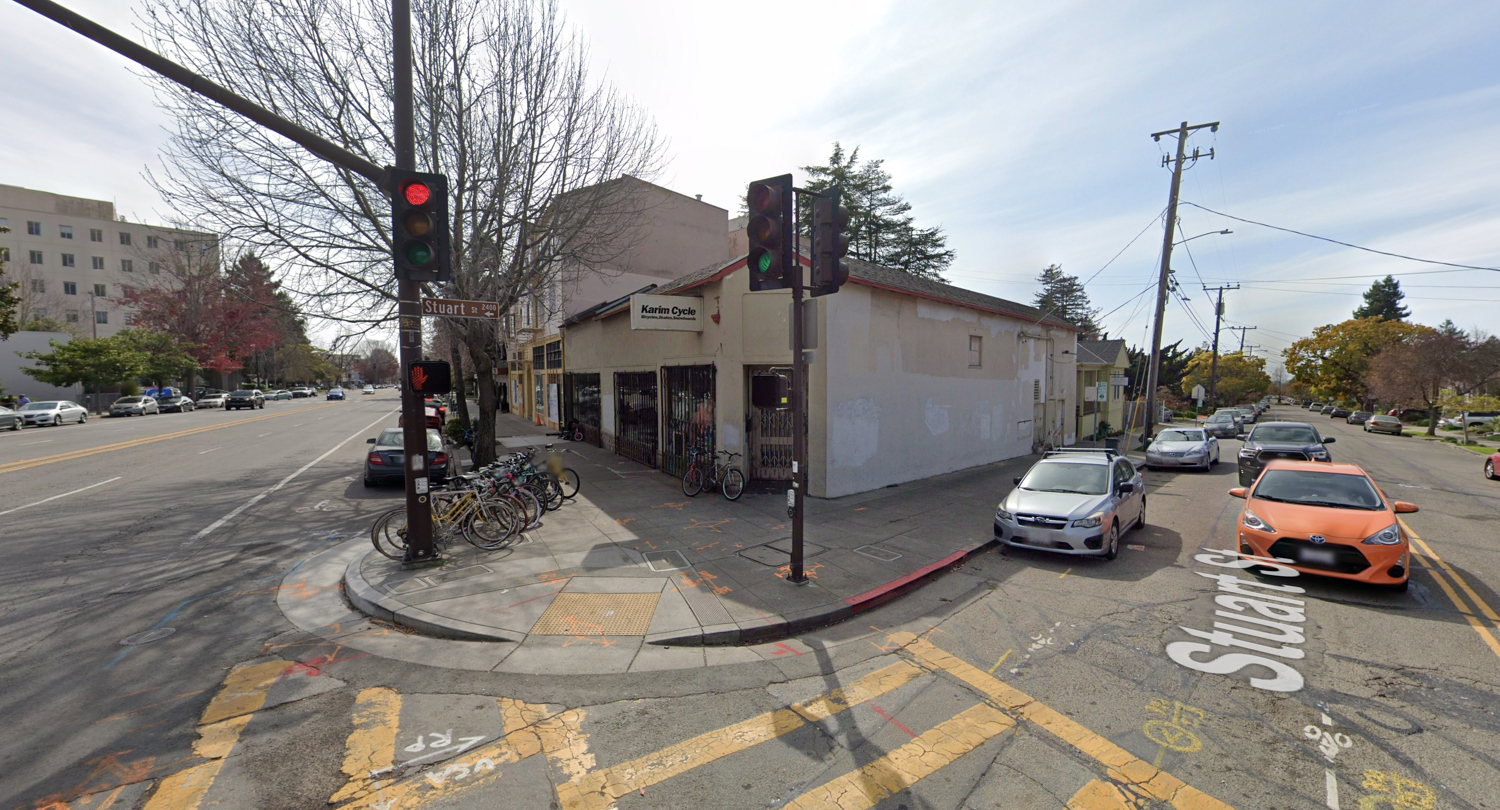 For regional transit, the closest BART Station is at Ashby, less than twenty minutes away, passing by the city’s famed Berkeley Bowl Marketplace.

Demolition will be required for the existing single-story commercial structure occupied by Karim Cycle. Oakland-based Adlai Karim is the property owner.

Be the first to comment on "Multifamily Housing Proposed for 2800 Telegraph Avenue, South Berkeley"