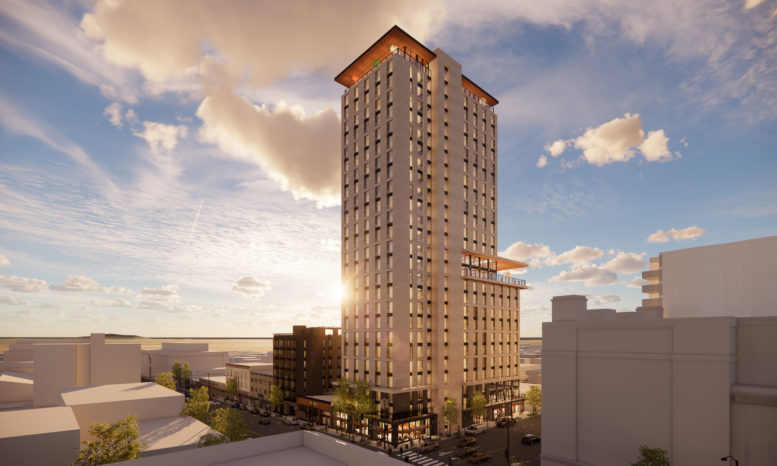 A pre-application has been filed for a 26-story residential tower at 1974 Shattuck Avenue. If approved, it would become the tallest building in Downtown Berkeley, and among the tallest residential buildings in Alameda County. The proposal aims to produce 297 new homes and a rooftop restaurant with views across the Bay Area. The application is led by NX Ventures, Rhoades Planning Group, and Trachtenberg Architects.

The 277-foot tall structure will create 207 studios, 23 one-bedrooms, and 66 two bedrooms. The project will include 11,850 square feet of commercial retail, with 6,800 square feet at ground level, and the rooftop restaurant with 5,000 square feet. The building will consist of residential amenities, including outdoor terraces and a podium-capping terrace. 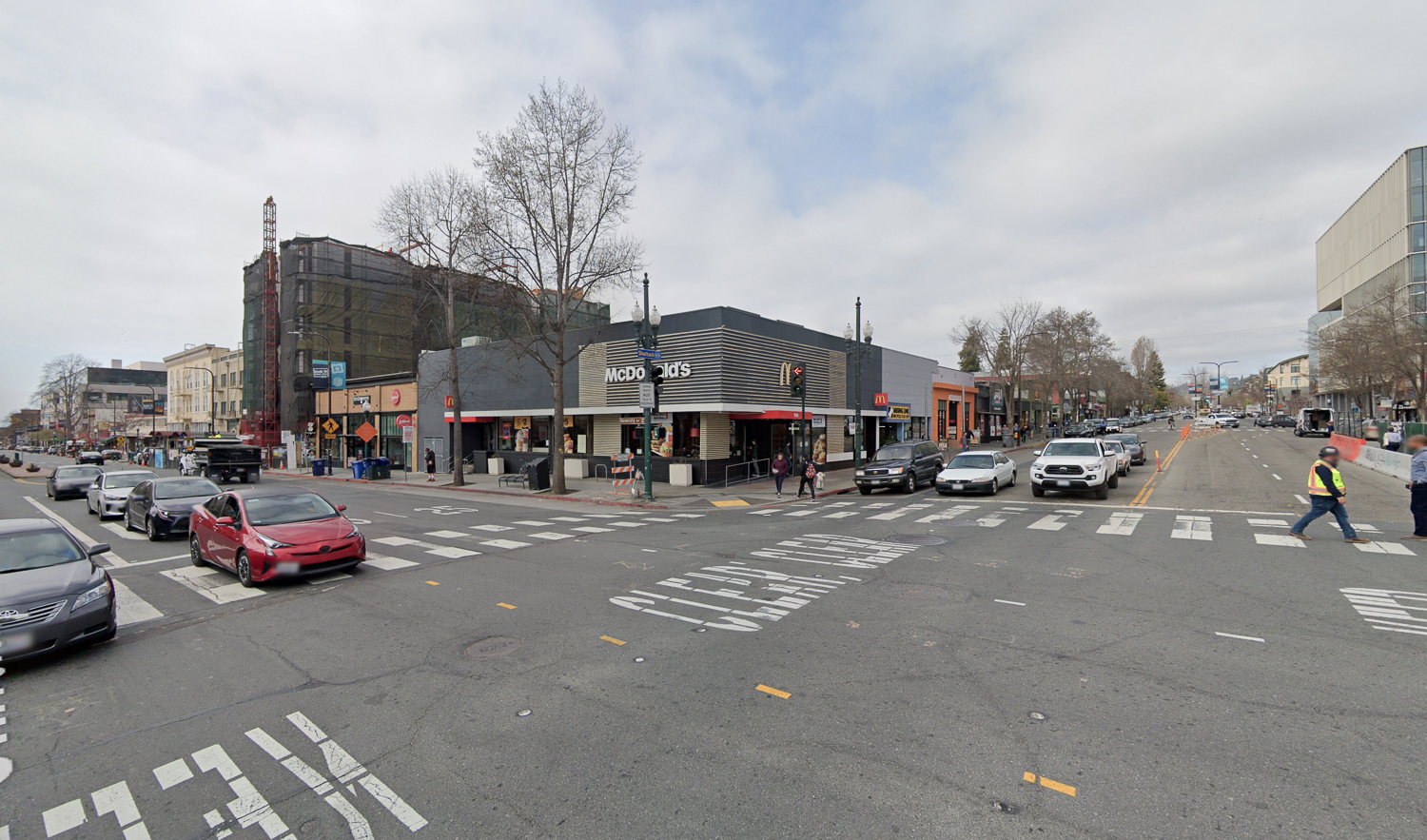 The proposal is significantly taller than anything currently standing in Berkeley, though it would be nearly level with plans for a 260-foot tower at 2190 Shattuck and a recently-revealed roughly 260-foot tower at 2128 Oxford Street. The three projects are poised to create a lasting symbol for Berkeley’s political shift toward transit-oriented, high-density housing.

For those concerned that the proposal by NX Ventures will be part of a continuum of increasingly taller buildings, the current city zoning map shows otherwise. If approved, 1974 Shattuck will be the fifth and last tall building lot allowed with the city’s current zoning map.

The current tallest building in Berkeley is the 186-foot SkyDeck, followed by the 176-foot Wells Fargo Building, which opened in 1926. The third tallest building is the recently-finished 168-foot tall Residence Inn By Marriott at 2129 Shattuck Avenue.

The property is located at the corner of Shattuck and University Avenue, next to 2067 University and across from Modera Berkeley, a four-structure residential development with 205 apartments by Mill Creek. Around the corner, BRIDGE Housing is nearly finished with 2012 Berkeley Way, which will add 142 affordable homes, 44 shelter beds, and a new home for Berkeley Food & Housing Project. 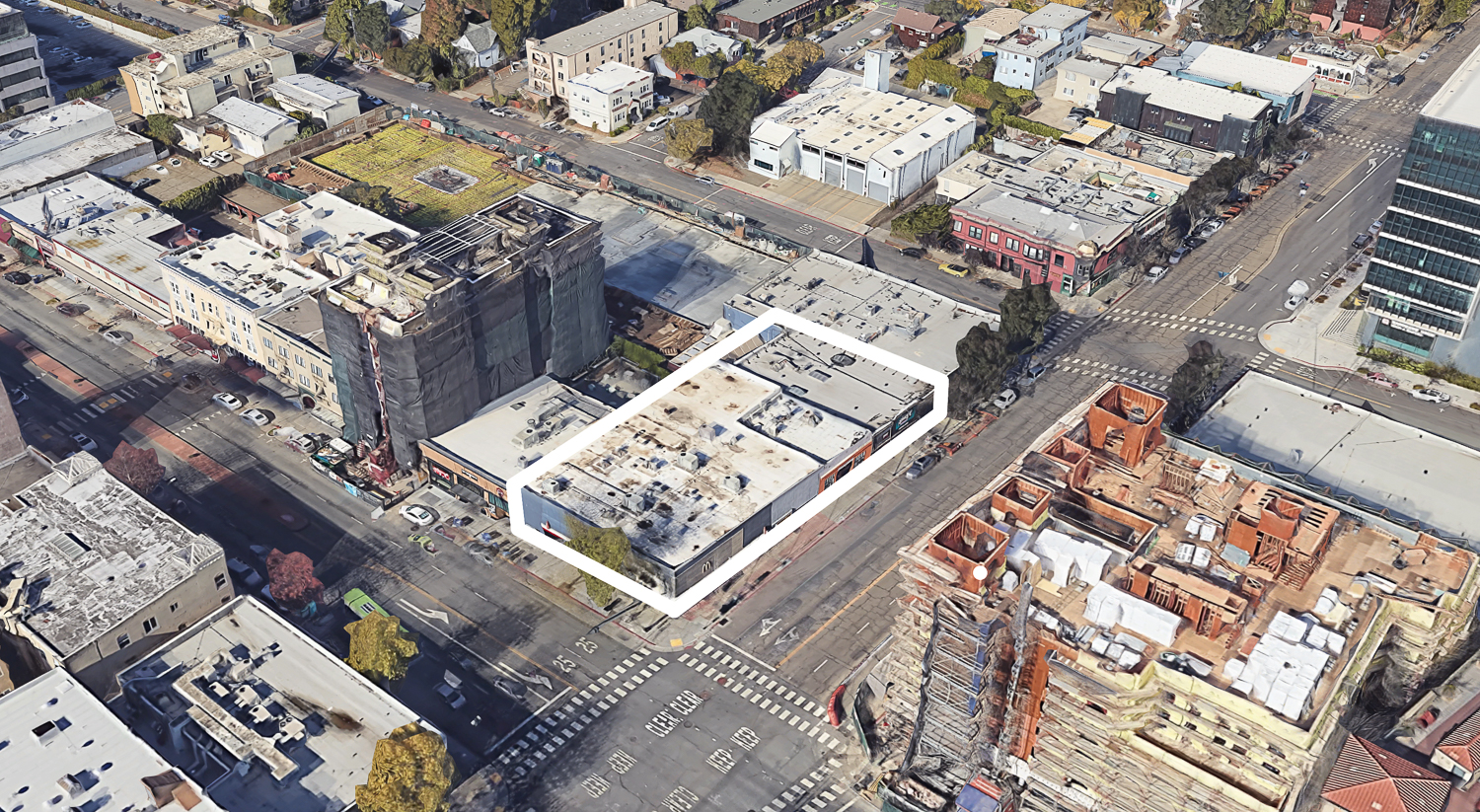 Demolition will be required for the structures at 1974, 1984, and 1998 Shattuck Avenue, containing a Mcdonald’s, Missing Link Bicycle Cooperative, Spats bar, and Turkish Kitchen. The owner of both NX Ventures and Rhoades Planning Group, Nathan George and Mark Rhoades, respectively, are the joint business owners of Spats and plan to revamp the pub in the new tower.

An estimated cost has not been established, though construction is projected to start by the Fall of 2023 and finish in late 2024 or early 2025. The building is aiming to use Senate Bill 330 to streamline the approval process and the State Density Bonus program to increase the project capacity and receive zoning waivers.