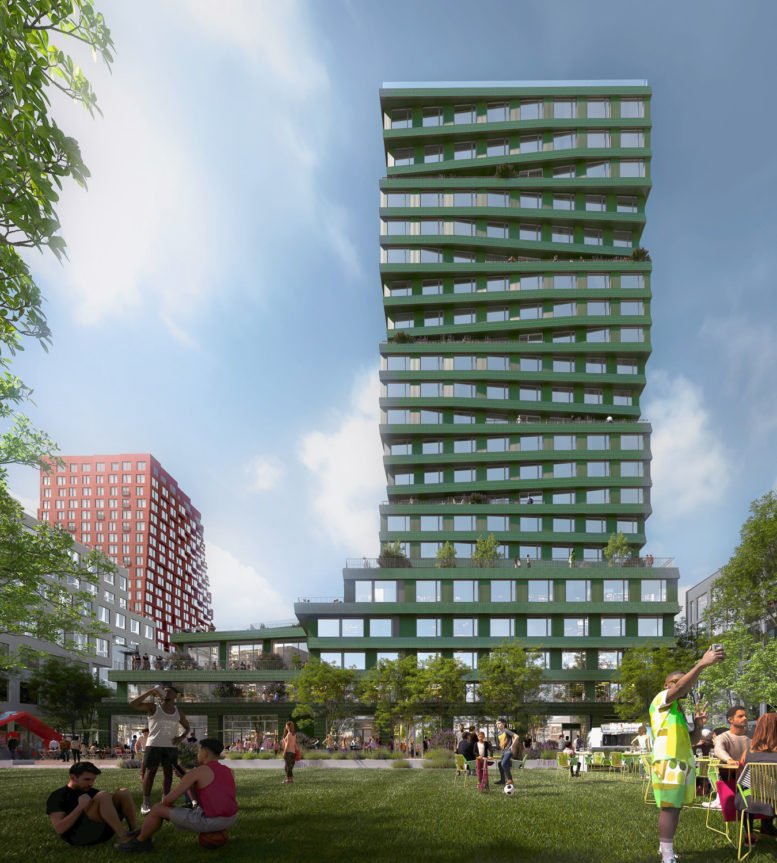 Construction work has officially started for Mission Rock Parcel F, a 23-story residential tower designed by the internationally renowned architecture firm, Studio Gang. The 254-unit project is now set to rise with a distinctive glazed green ceramic facade that complements the neighboring blocks and will stand out in San Francisco’s Mission Bay skyline. Parcel F is the fourth and final tower to rise in phase one of the 28-acre Mission Rock masterplan. 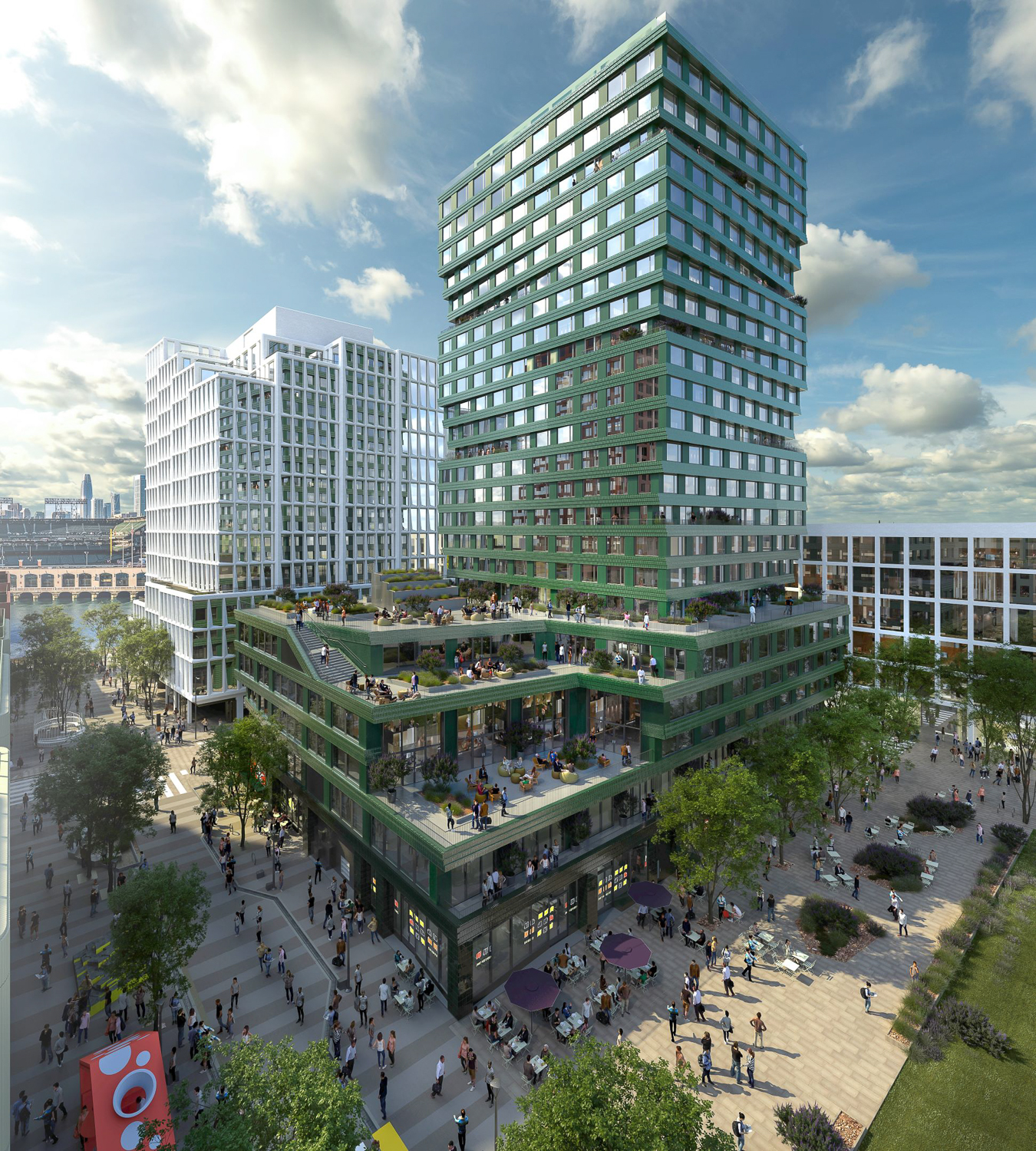 The 240-foot tall structure will yield 315,000 square feet, with 254 apartments and ground-level retail. The sculpted exterior features a series of alternative terraces carved out of the massing to reduce solar and wind exposures to maximize the interior comfort for residents. The building is capped by a sky garden, offering a landscaped amenity space with views across the city while the plants will attract local birds, butterflies, and other pollinators.

Studio Gang’s new renderings show the building wrapped with horizontal bands of glazed green tile, with green panels with vertical grooves beside the windows. The Chicago-based architecture firm shared with YIMBY that “the green complements the neighboring blocks and resonates with the character of San Francisco’s historic architecture. The natural variation of the material, and its response to the change in light over the course of the day, accentuates the project’s material character.” 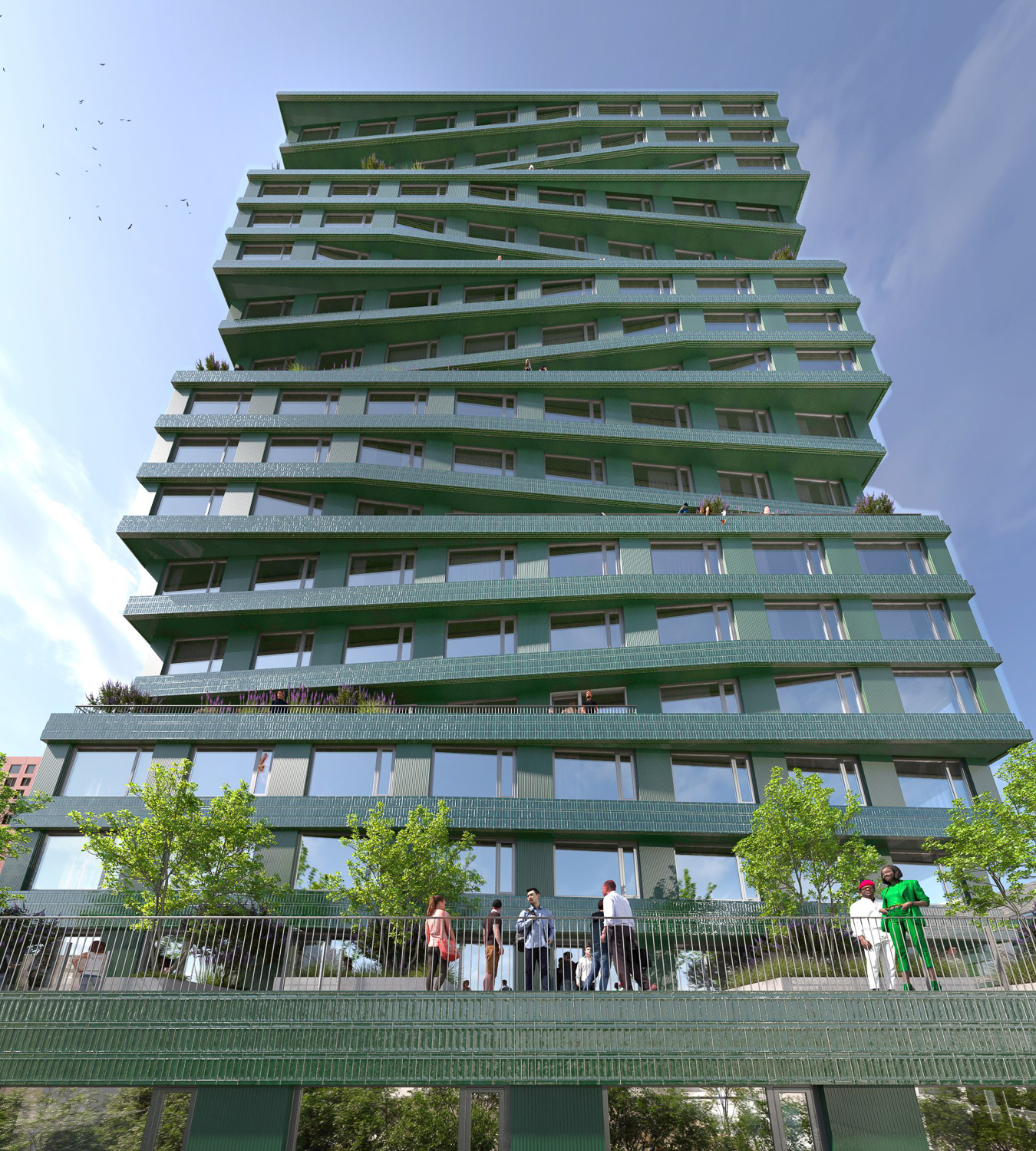 “The tower’s base incorporates a range of storefronts and micro-activations at street level that give the building a human scale,” said Studio Gang founder Jeanne Gang in the groundbreaking press release. She wrote, “we’ve also carved into the base to create an inviting outdoor space with sunny planted terraces and raked seating, like a mesa, where residents can socialize and relax, taking in views of the activity in the main public square below.” 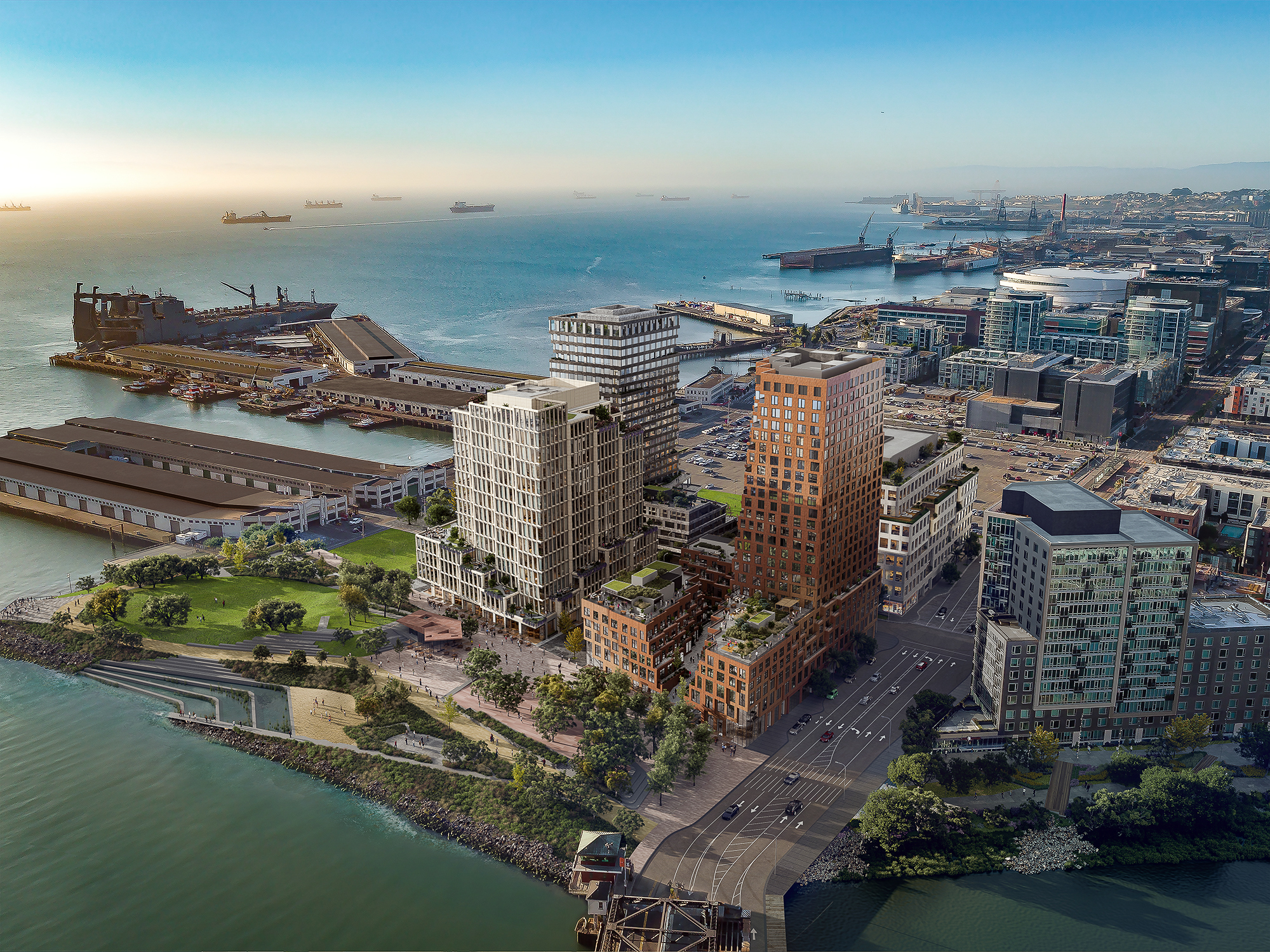 Mission Rock is being developed by Mission Rock Partners, a joint venture with Tishman Speyer and the San Francisco Giants. At full build-out, the project is aiming to create roughly 1,200 rental apartments, of which 40 percent will be affordable for low- and moderate-income households, 1.4 million square feet of offices and lab space, and over 200,000 square feet of retail and manufacturing space.

The area will open up eight acres of public parks and open space, including the five-acre China Basin Park, for which Mission Rock Partners just started construction. The historic Pier 48 will be rehabilitated for a new life, and a new parking structure will be opened to serve the Giant’s ballpark.

Quezada Architecture is the associate architect, with Magnusson Klemencic Associates as the structural engineer, BKF as the civil engineer, and GLS as the Landscape Architect. Webcor is the General Contractor. Mission Rock Parcel F is aiming to achieve LEED Gold certification, with residents moving in as early as 2024.